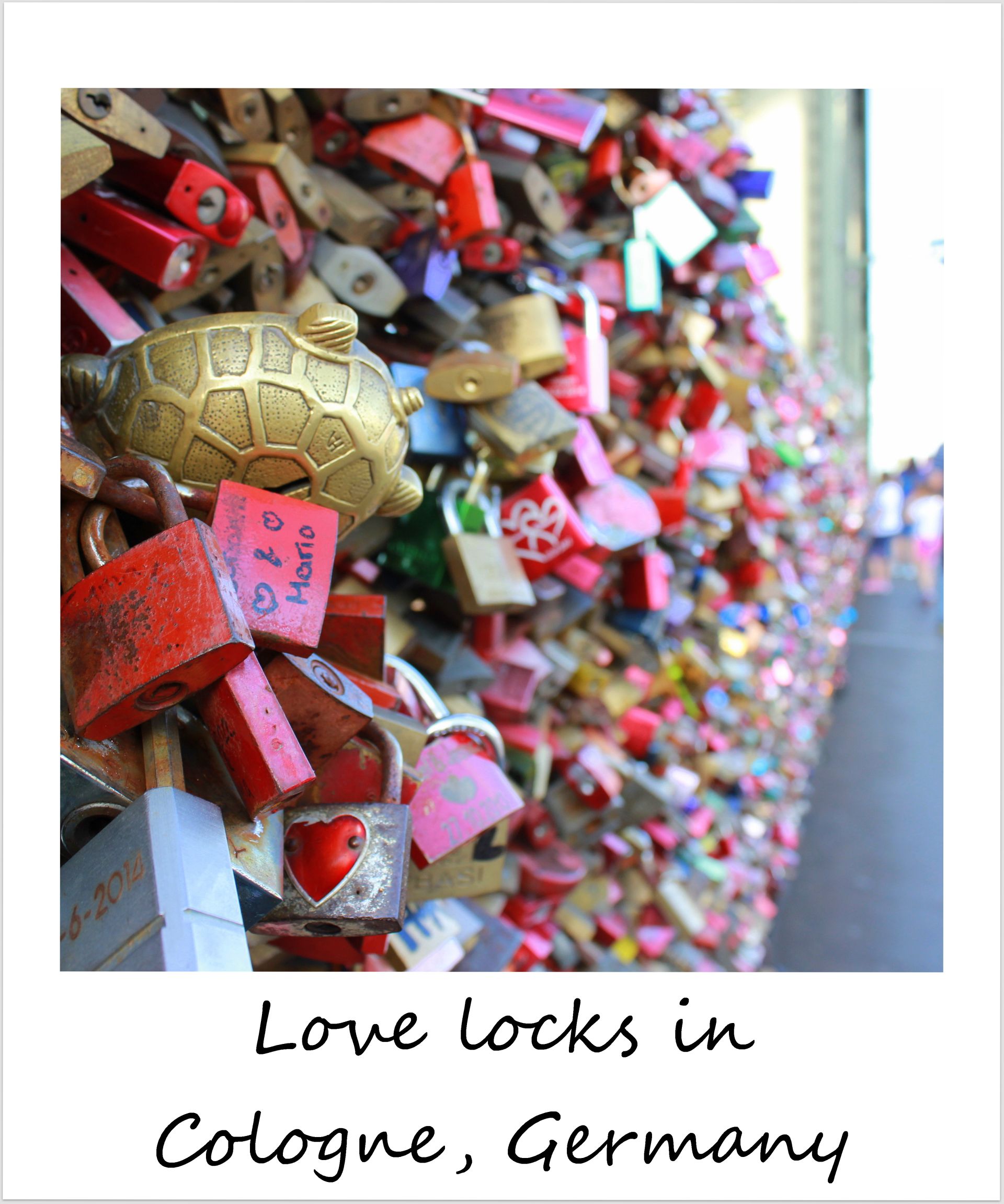 It feels like I’ve been all over the place this week: Berlin, then Dusseldorf, and now in Cologne, where I am spending the weekend. My three days in Cologne were definitely my favorite part of the week – my last two days in Berlin and also in Dusseldorf, it was mostly about work, but I tried to take some time off this weekend to find out if I still loved Cologne as much as I did fifteen years ago. Cologne and I have a special history: I visited the city for the first time with my girlfriends when I was 15 and was instantly mesmerized by the multi-cultural, vibrant city. What a difference from my sleepy hometown it was! I decided right there and then that I was going to move to Cologne one day, and a few more visits during my last couple of years in high school reaffirmed my love for the city, which is why I ended up enrolling in the University Of Cologne in 2000.

I had to leave unexpectedly after only two years, but always thought I’d come back one day – possibly to live there. But life had other plans for me and I never returned – until now, that is. As so many cities, Cologne has changed considerably since I lived here, and I had the best time this weekend rediscovering the place I called home all those years ago. With a good friend in tow and perfect summer weather, I couldn’t have asked for a more perfect time here – from food markets to bike rides along the Rhine River to a night out in Cologne’s thriving LGBT bar scene, I loved every second of it.

Being a sucker for love locks (and maybe even having locked my very own one on a famous bridge) one thing I was excited about was that I finally got to see one of the most famous love lock bridges in the world: the Hohenzollern Bridge. Back when I lived here, there were no love locks on that bridge, but a few years ago I came across an article mentioning that the bridge was covered in more than 40,000 love pad locks. After photographing the love lock fountain in Montevideo, the love locks on the Brooklyn Bridge (which have been removed now), love locks along Italy’s Via Dell’Amore, and many other spots around the world, I can honestly say that I’ve never seen a bridge covered in padlocks to the extent this bridge is covered. It’s absolutely insane! Now that I’ve become a little more jaded rational when it comes to everlasting love and love declarations, I couldn’t help but wonder how many of these couples were still together. There must be far more than 40,000 locks now – apparently, the love locks weigh over 2 tons! Let’s just hope they don’t cause the bridge to collapse like the love locks at the Pont Des Arts in Paris, where the locks have been removed consequently.

[…] me from making those trips. The only Germany-based friend I didn’t get to see was my friend Jo who I visited in Cologne when I was in Germany last […]

[…] me from making those trips. The only Germany-based friend I didn’t get to see was my friend Jo who I visited in Cologne when I was in Germany last […]

[…] Dani I returned to Cologne this week, my old stomping grounds, and I was excited to finally check out […]