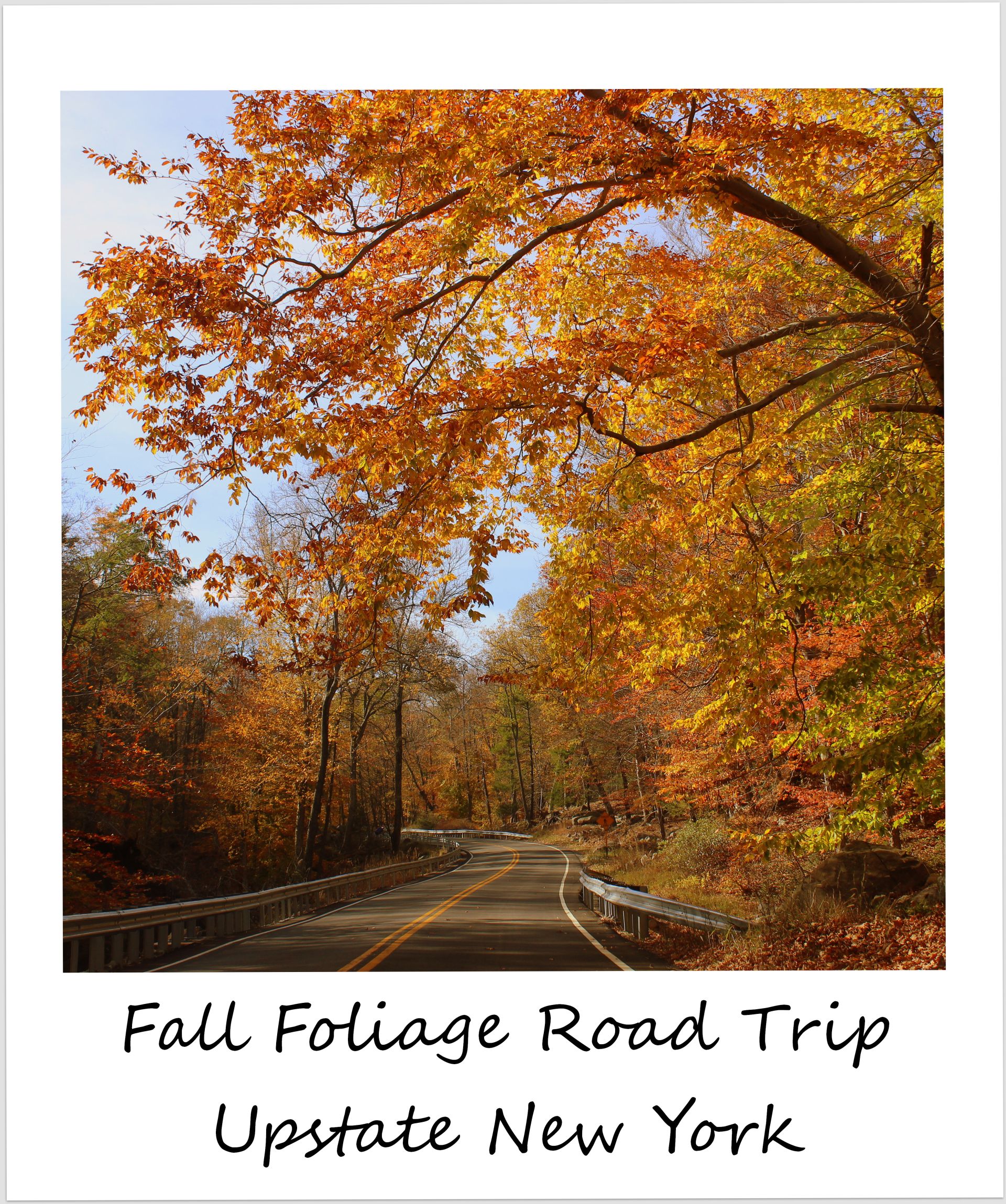 I used to think that I didn’t like fall, but over the last few of years I came to realize that it is November I dislike, and not all of fall. I spent October last year and in 2011 in Chicago and loved seeing the colors of the leaves change over the course of the month, and I love experiencing the same here in New York this year.

I’ve always wanted to spend a few days in the fall in Vermont, where the fall foliage is supposed to be among the most colorful in North America (thanks to the large amount of maple trees, which have the most vibrant orange and yellow leaves), and when I finalized my plans to return to New York last month I thought I’d be able to squeeze in a trip to New England for sure – but as so often, my plans were a bit too ambitious.

Instead of a Vermont road trip, I made sure to plan in at least a day trip upstate New York, and convinced myself I’d be fine driving in New York City (spoiler alert: I did return the rental car without a scratch!), so I headed up north on a sunny October day last week to photograph the stunning fall colors. I ended up in Bear Mountain State Park and took the Seven Lakes Scenic Drive, which passes,as the name implies, seven lakes with various viewpoints. I couldn’t have chosen a better day for the trip – the fall foliage was absolutely beautiful and I took hundreds of pictures while enjoying the break from the city. I still can’t get over the many green and natural places you find within an hour’s drive from New York City.

And while I did love the day in the countryside, I was also happy to come back to the crazy city streets at night. I love the crisp mornings that are perfect for a run, and the smell of the autumn air when I jog around Central Park, where I witness how the leaves change every day. I usually grab a coffee on my way home, and take advantage of the afternoons that are sunny and warm, at least mostly. I know that once November comes around, the skies will turn grey, the rain showers will be more frequent, the leaves will be gone. That’s the time of year that depresses me the most, and luckily I was able to escape to warmer and sunnier climates every year since leaving London after a particularly dreary, rainy and grey winter in 2010. Knowing that I will escape the gloomy November this year once again made me appreciate the beautiful October days even more.