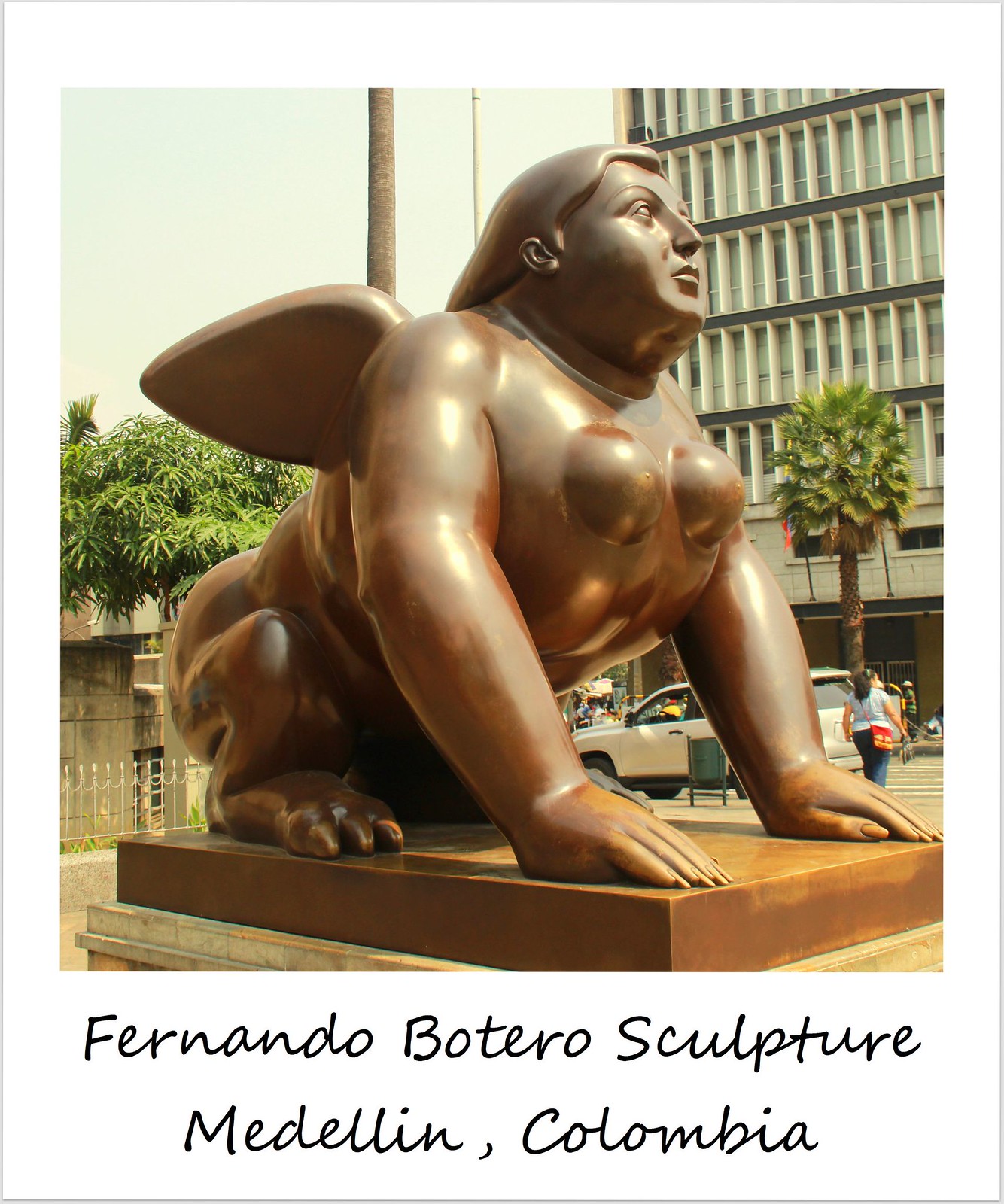 After my visit to the coffee region, I finally made it to Medellin, a highly anticipated stop on my tour of Colombia, and I was lucky enough to know some locals who introduced me to the city’s nightlife (and kindly hosted me!).

Not all of my plans to explore the city work out, however: the walking tour I was keen on taking was fully booked and the alternative I’d found didn’t happen (or I was at the wrong meeting point?), and every attempt to take Medellin’s famous cable car up into the mountains was rained out by afternoon downpours.

What I did succeed to do though was visiting most of Fernando Botero‘s bronze sculptures which are scattered around the city, with over 20 of them on Parque de Las Esculturas, right in front of the excellent Museum of Antioquia (which also features a lot of Botero’s art). The sculptures and the museum were both huge highlights in Medellin for me, because I adore the art of Colombia’s most popular painter and sculptor and had been looking forward to seeing his art in Medellin for years (really, years!).

I created my own city walking tour after the one I wanted to go on didn’t work out, and enjoyed my wanderings through Medellin – still the best way to get a feel for a city, instead of just ticking off tourist sights. A highlight was going out in Poblado, a more upscale neighborhood with a lot of nightlife and bars, where we randomly ended up at a salsa dance-off – an amazing spectacle to watch! Another great evening was hanging out in Parque Periodista, a tiny park in the heart of the city which is usually filled with youngsters and hipsters who buy drinks (for as little as 50 cents for a beer!) in the little convenience stores that are surrounding the park, drinking outside them while chatting with friends. I know I’ll miss being able to drink in public like this when I get back to the U.S.!

I finished my time in Medellin with a visit to the Modern Art Museum, because instead of spending a couple of weeks here, like I thought I would, I left Medellin after a few short days – and not only Medellin, but Colombia! After two months, it was time for a change of scenery, and I found myself heading to a country I didn’t expect to visit any time soon, but as son often, I left it to fate? serendipity? chance? to decide over my next destination (which isn’t the one I mentioned in my February round-up, btw!). To find out where I am now, you’ll have to wait until next week’s Polaroid though..