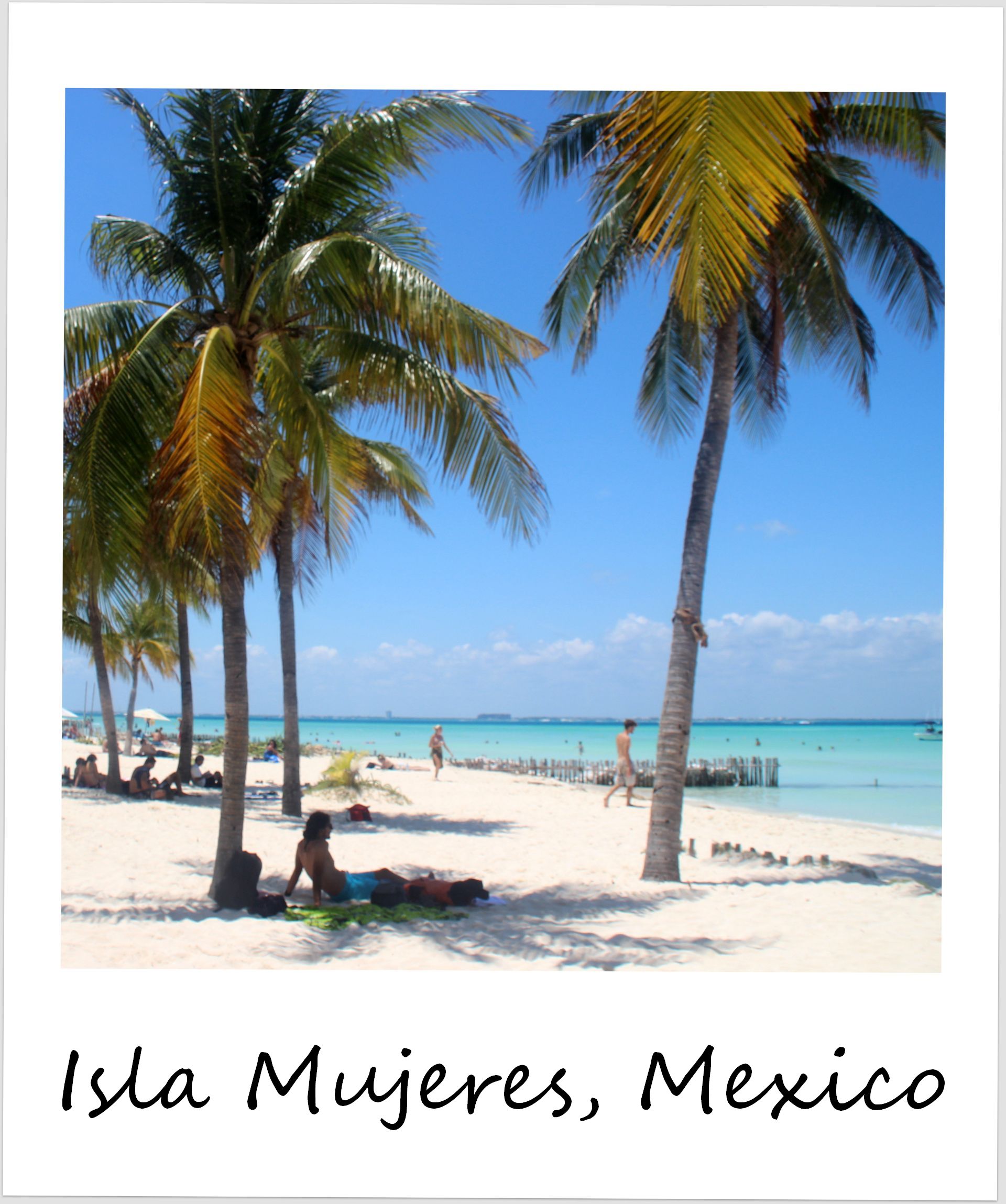 I visited Isla Mujeres in 2010 on a day trip while I was living in Playa del Carmen, and even though it was a (too!) short visit, I was smitten with the tiny Caribbean island immediately. Crystal clear water, powdery sand beaches, palm trees softly swaying in the wind. It was a glorious day. And yet it took me nearly six years to return to Isla Mujeres, the Isle of Women. I decided to spend my last weekend in Mexico on the island, and I don’t think I could’ve chosen a more perfect place to end my Mexico trip with a bang, but it also made saying goodbye even more bittersweet. I know that I’ll be back in Mexico (hopefully rather sooner than later), but I was definitely not ready for this trip to end, especially after our fabulous road trip.

As the last stop for our road trip, the island was perfect! It is tiny enough to be explored in a golf kart in half a day, so we didn’t feel like we missed out on anything when we spent most of the weekend on the beach, sitting in a swing bar with a cool beer or searching for the best palm tree to spread out our beach towels under.

Even though Isla Mujeres isn’t the tiny fishing village it was once, and word has definitely gotten out about this little gem, it is still paradise. The island was much less touristy when I first came here, but being only a short 20-minute boat ride from Cancun, I was surprised that word hadn’t gotten out earlier. And even though we were there over the weekend, it didn’t feel crowded, and none of the spring break crowds that you find in Cancun had made their way over to Isla Mujeres.

Next time I’ll be back for a whole week…

Polaroid of the week: Our cheeky gecko in Mexico
Click here to cancel reply.