2012 was an intense year of travel, filled with ups and downs for us like never before. We ‘only’ traveled through 10 countries this year in an attempt to better balance the travel with the work that keeps us on the road. We made countless new friends, spent months on the beach and discovered places that will forever have a special place in our hearts – check out our top 5 destinations in 2012 and top 5 beaches in 2012 if you missed an inside look at those. Above all else, it was the year of the beach housesit for us, with six housesits in six different countries and we even published a book about it to help others Break Free.

It’s still hard to believe we are still on this great adventure, so as we did in 2010 and 2011, we wanted to highlight our year of travel in pictures of our third year as nomads!

We started the new year in Chiang Mai, Thailand, a city that we grew fonder of than we had expected! The night markets, the temples, the many coffee shops and so many new friends made the city a special place for us. When we left in January, we didn’t know it yet at the time, but we would return for a housesit a few weeks later. We moved on to Malaysia at the end of January and spent a month exploring the Cameron Highlands, the beautiful island of Langkawi and Kuala Lumpur, where we housesat for a moody cat. Our favorite spot in Malaysia? Georgetown, the main town on Penang, an island just off the coast in northern Malaysia, where we jumped right into the incredible Thaipusam festival. In March we finally visited Cambodia, a country we were both excited to visit. It was heartbreaking to see what the people went through under the Khmer Rouge, but heartwarming to see how warm and positive they were despite of the cruel happenings in their recent past. The famous Angkor Wat ruins were a must of course, but we much preferred small towns such as Kampot and Battambang and were taken by surprise at the great beaches on the south coast. Cambodia turned out to be one of the highlights of the year. Culture shock! We drove to the airport in Cambodia in a tuk tuk, and when we landed in Singapore we hopped on one of the most modern and definitely the cleanest metro system in the world. Singapore is filled with skyscrapers and streets lined with mall after mall, so different to most of South East Asia. But we enjoyed the city a lot, from the glitz and glamor of the Marina Bay to the neighborhoods that give Singapore true charm, like Chinatown, Little India and ‘Little Arabia’ Kampong Glam. At the end of April we flew from Singapore to India, where we spent five weeks exploring the south. We had a blast cruising on the backwaters in Kerala, but when Jess got rammed by a cow in Goa, our travels there ended quite abruptly. Maybe 2013 will be the year we return to see the rest of this fascinating country? There was no better place for Jess to recover from her accident than in Tucson, Arizona. A couple we housesat for in 2010 asked us back to care for their house and dog again, and the warm, dry weather and gorgeous pool was perfect, plus every time we are in Southern Arizona, we are blown away by the sensational desert scenery. We jumped up to Denver for a week for Jess’ best friend’s wedding, and then moved on to Mexico for yet another housesit. We didn’t know anything about the small town on the Caribbean coast before we went there, but we ended up having eight amazing weeks in our remote little beach house. After finishing up the housesit and escaping a hurricane, we returned to one of our favorite cities in the world: Mexico City. We had spent two weeks there in 2010 and were happy to discover even more cool areas of the mega city. We also made a trip to our most loved taco place and stopped at the craziest bakery in Mexico! We had planned to spend time traveling in Mexico, but when we were contacted by a couple in Costa Rica for a housesit near one of our favorite beaches in the country, we couldn’t resist. In September we flew to Costa Rica, lived in yet another beach house, cared for an adorable dog, and saw some of the most remarkable sunsets of the year! During our six-month stint in Central America in 2010, we had seen much of Costa Rica already, but had missed the area of La Fortuna so we headed up there this October. We visited everything La Fortuna is famous for: Volcano Arenal, massive waterfalls, we hiked in the National Park and enjoyed some luxurious hot springs. We were surprised at just how much we liked La Fortuna and Arenal. We were originally going to start here in May 2010, but finally on 1 November 2012, 2.5 years later, we arrived in Buenos Aires. We think it might be a good thing we didn’t begin here, because we may have never left! Both Jess and I fell in love with Buenos Aires: the culture, the food, the architecture and the people. The six weeks we spent in the city were unforgettable, which got Jess wondering if it would be as magical again when we go back. As they seem to always do, our plans changed once again and instead of traveling down through Patagonia, we were accepted for another housesit in Santiago de Chile, where we have been lucky enough to spend the holidays with a pair of Scottie dog brothers. It was just too tempting to have our ‘own’ apartment in order to finish our first book after months of hard work! Patagonia will still be there in 2013, when we hope to travel through the rest of South America and then maybe Europe? We are both already looking forward to writing our Goodbye 2013 post next year to find out what plans change, which ones stay the same, and what part of the world we discover in 2013!

Thank you for following our journey and we wish you a travel-filled year 2013!

Looking for ideas on how to Break Free in 2013? Pick up a copy of Break Free:: The Ultimate Guide to Housesitting to find out how housesitting can help you afford the trip of a lifetime! 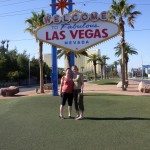 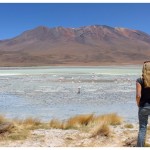 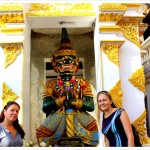 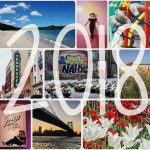 Woow.. Nice list. Looks like you utilize everything about your traveling destination. Feeling bad to read about your accident in India. Hope 2013 will bring more amazing destinations in your article. And this time be more careful about cows ;)

What a brilliant year! Well, apart from the cow moment! Hope you both have a great 2013 :)

Thanks, Linda! So far 2013 is looking to be another fantastic year :) We're in the middle of finalizing our travel plans for the 2nd half of the year, and we have some exciting ideas :) Happy New Year to you, too!

What a wonderfully crazy yet amazing year for the two of you! Here's to another one in 2013 and hopefully we'll all get to meet up again in the future! :)

Thanks, Julia! It would be great if our paths crossed again this year, somewhere in the world :) What are your and Scott's travel plans for 2013?

What an amazing year you girls had! Fingers crossed you'll make it to Patagonia because I would LOVE to read about it! :))

Thanks, Irina - we'll make it to Patagonia for sure, it's a region we can't wait to explore!! We'll head down there at the beginning of February :)

As always, you have amazing images. Kudos! (And, a belated Happy New Year).

Thanks, Lane! Happy New Year to you, too!