Polaroid of the Week 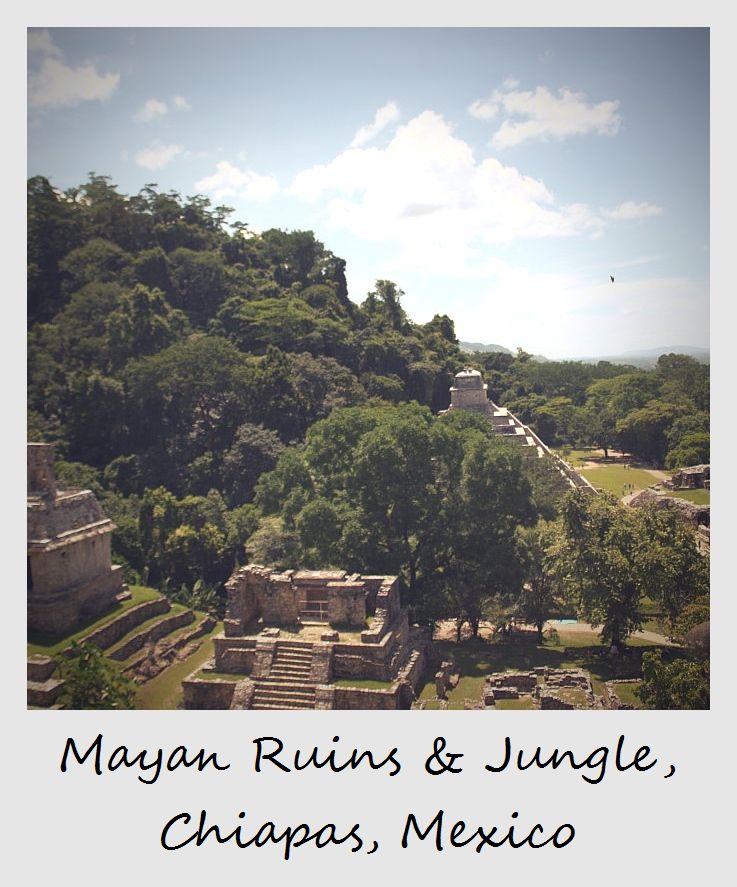 Tucked deep in the jungle in Chiapas, southern Mexico, the Mayan ruins of Palenque are set in one of the most spectacular surroundings in Mexico. While walking in between the temples and through the dense humidity of this tropical environment, the sound of howler monkeys rings out from trees and you realize that you are in one of the most important pre-hispanic cities of Mesoamerica.  Climb to the top of several temples and the Palace in the site’s center where stunning views extend beyond the site and into the jungle. 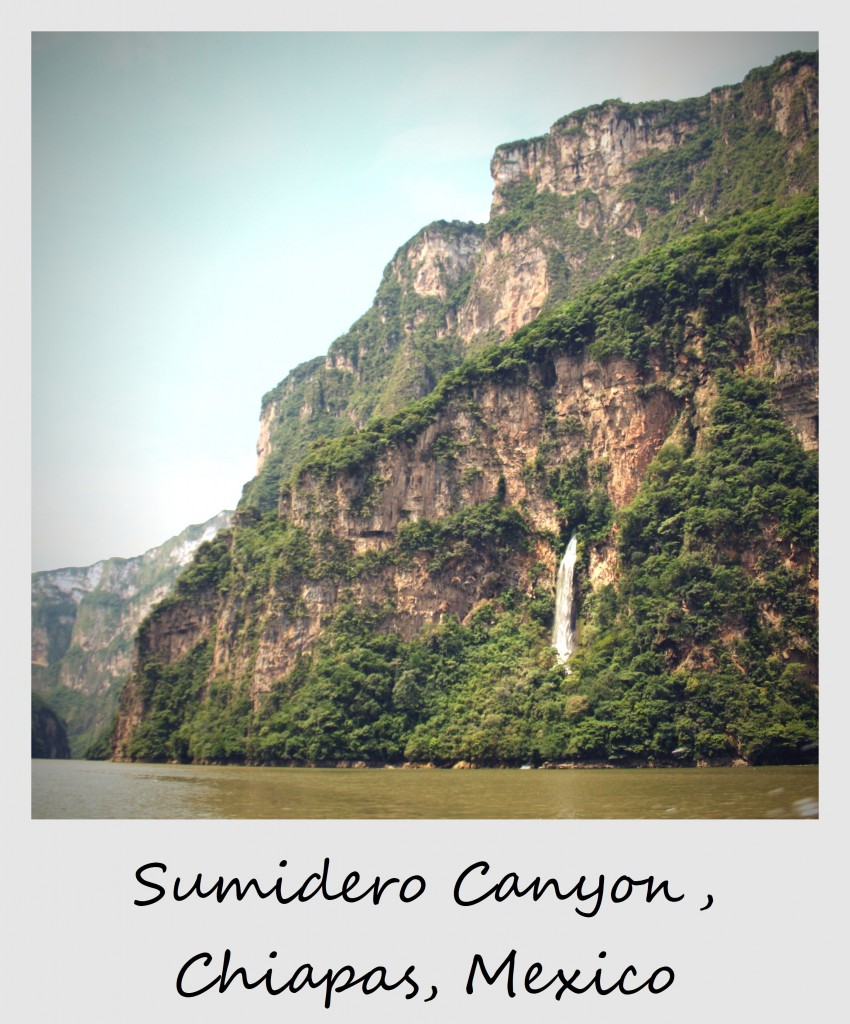 Sumidero Canyon is located directly between San Cristobal de las Casas and Tuxtla Gutierrez in the state of Chiapas. The Canyon was formed by the river Grijalva and is 35 kilometers long. Sumidero can be accessed in two ways: by taking a boat tour through the bottom or visiting one of the five viewpoints that overlook the canyon by car. We recommend the boat ride through the canyon which offers stunning views of the rock faces which are up to 1000 meters high.

In addition to the amazing canyon, you can see several waterfalls, caves and the wildlife is spectacular is well: Around 400 crocodiles live on the river banks and there are great numbers of pelicans and other birds. 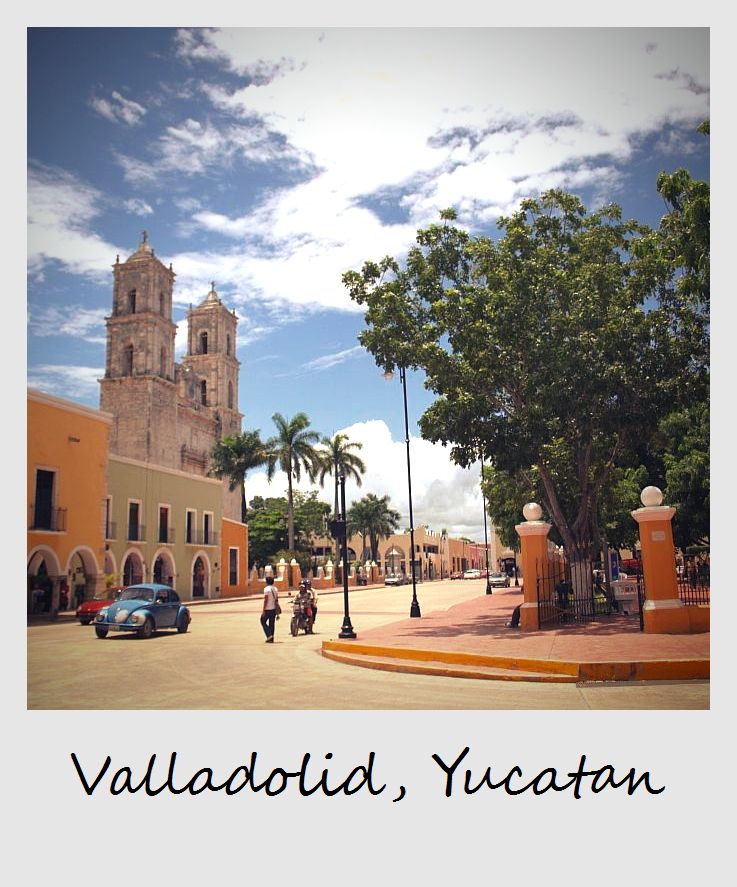 Valladolid is a little town on Mexico’s Yucatan peninsula where we decided to stop for a couple of days on our way to Playa del Carmen. Although Valladolid is with a population of 45,000 considerably big, it has more the feel of a sleepy Mexican village, with pastel colored colonial buildings and a tranquil town center. A lot of the women still wear the typical Mayan dresses and sell hand-made dresses and other crafts around the town square. Valladolid is mainly famous for a cenote (underwater sinkhole) in the town center and the nearby Mayan ruins of Chichen Itza, however, it has luckily been spared by mass tourism (so far). 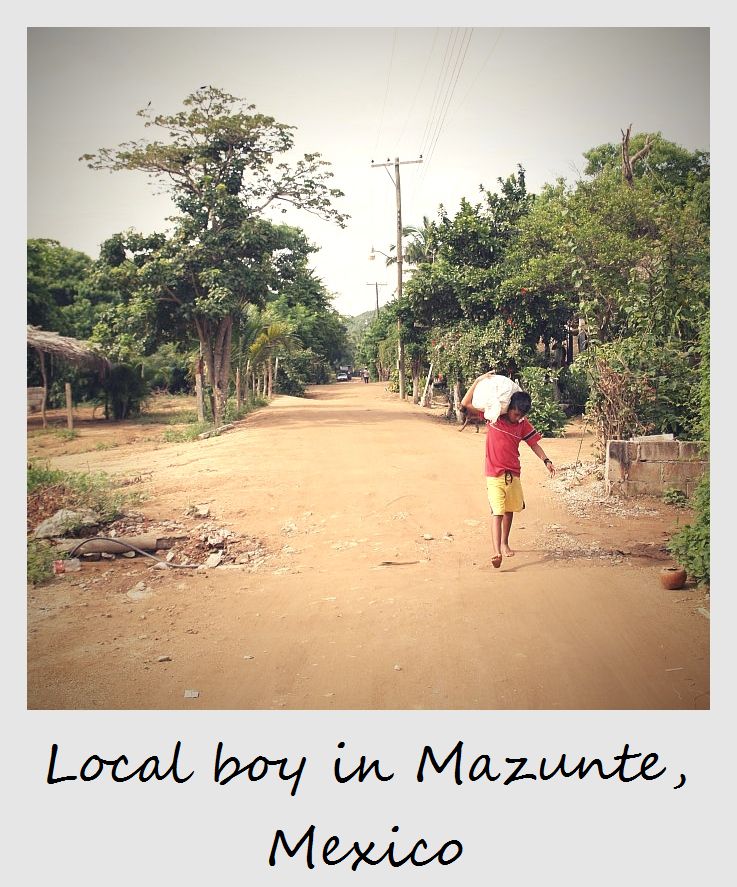 After 1 month traveling through inland Mexico, we finally arrived at the coast last weekend where we celebrated our ‘100 days of travel‘ milestone. We stayed in Mazunte and Zipolite, two near-deserted but beautiful beach villages on the roaring Pacific Coast. Unlike the hippie/backpacker friendly Zipolite, the Mazunte locals still live very much off the land. 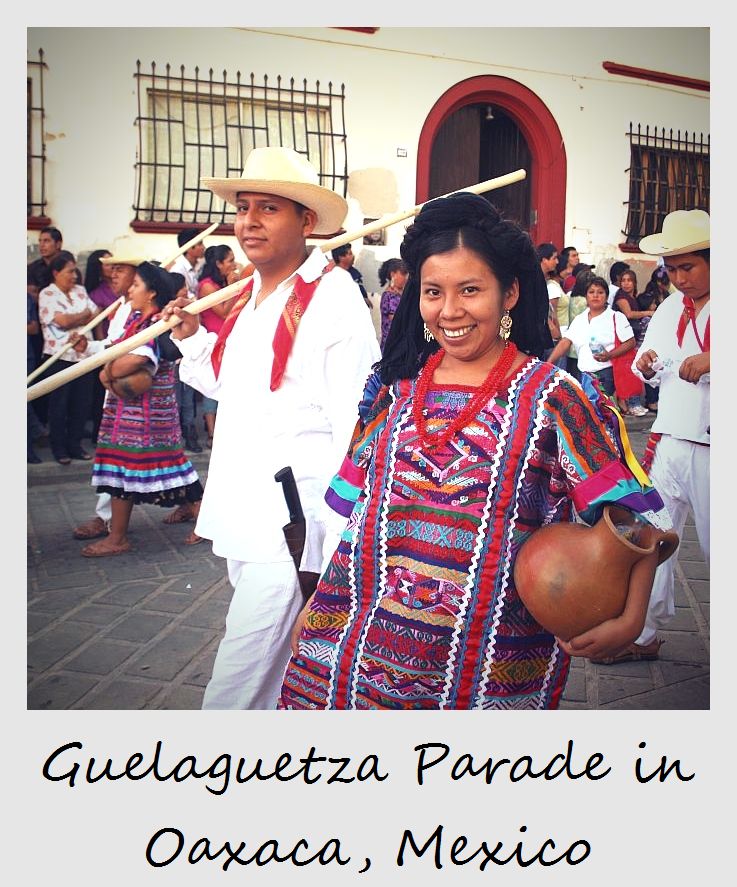 We were lucky to be in Oaxaca for the famous annual Guelaguetza celebrations, one of the main tourist attractions of the region. The word Guelaguetza is of Aztec origin and means ‘reciprocal exchanges of gifts and services’. The ceremony was originally held to reconcile the gods for rain and a rich harvest and is still very important for the region’s folk groups as the indigenous culture still plays a significant role in Oaxaca.

During the last two weeks of July, the different ethnic groups of the State of Oaxaca come to the city of Oaxaca to present the folklore dances that are typical for their region. Dances are performed in the traditional, colorful dresses in a specially built amphitheater which seats about 11,000 people and in various parades through the streets of the city. 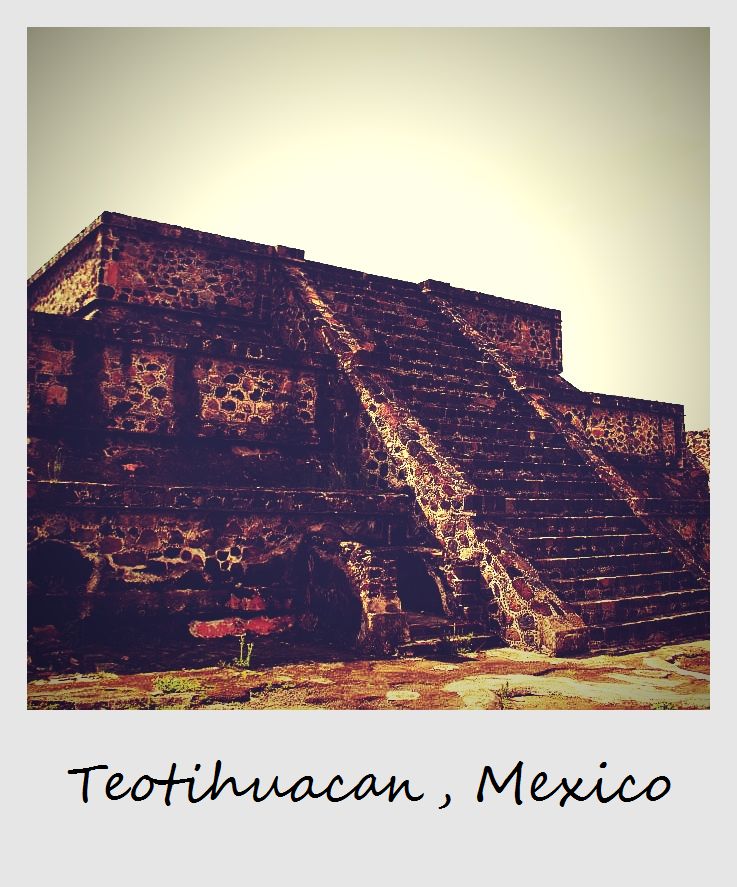 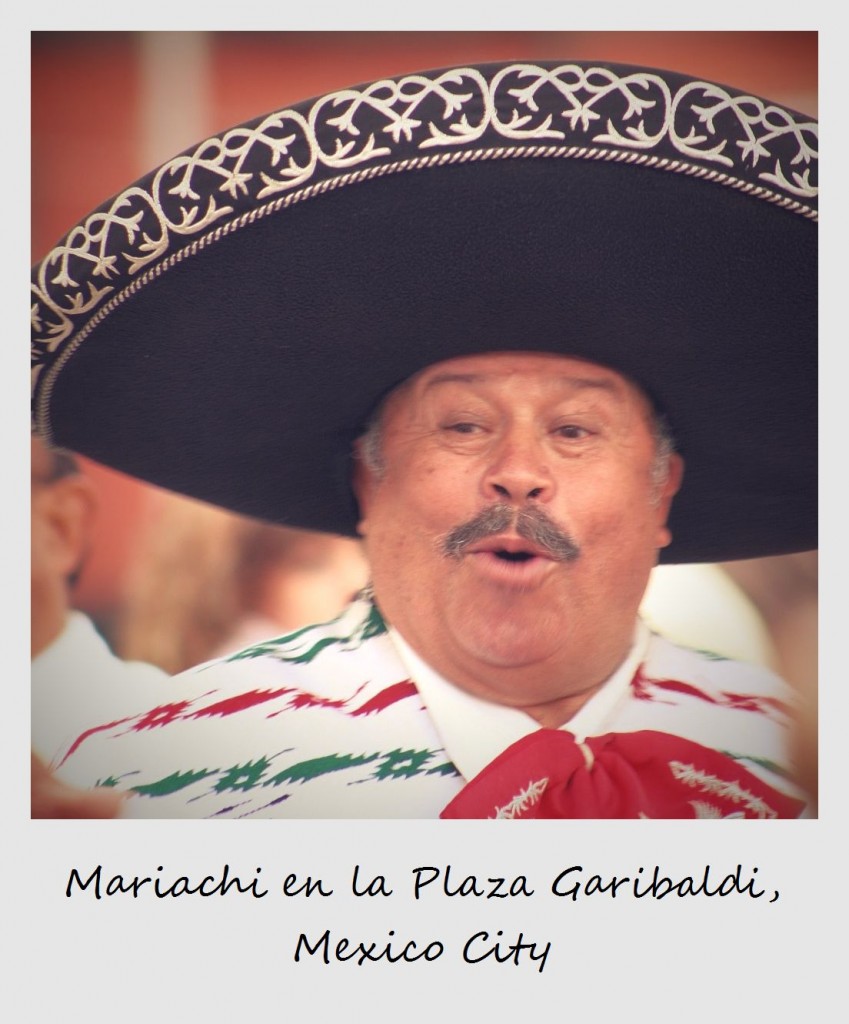 Mexico City’s Plaza Garibaldi is best known for the gatherings of the Mariachi musicians, especially on the weekends. The Plaza is located a ten minute walk up the Eje Central from the Palacio de las Bellas Artes in the historic center. It has several bars and restaurants and we enjoyed some delicious street food in the indoor market ‘San Camilito’. The most fun, however, is to sit down on the Plaza and watch the Mariachis arrive from all directions in the late afternoon, all fully dressed in traditional customes and with their instruments. Up to 100 mariachi bands come together at the Plaza and it is a great pleasure to listen to the different groups showing off their singing skills. 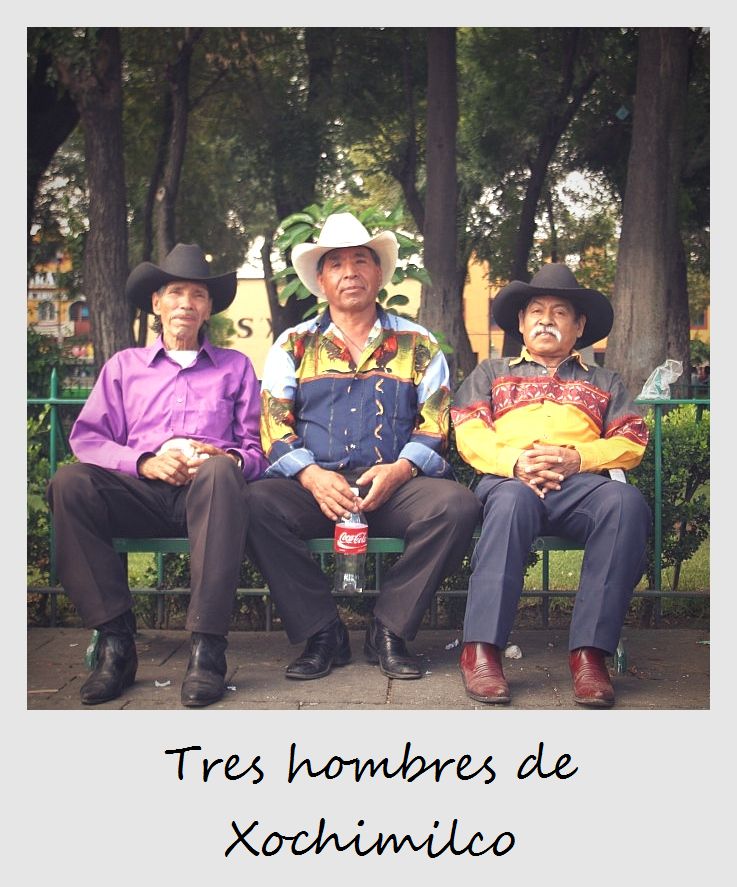 On our way to the canals of Xochimilco where we took a ride in one of the beautiful trajineras (wooden boats), we strolled through the main square where these three Mexicans were sitting on a bench watching the world go by. Like everywhere in Mexico City so far, everyone was very friendly and they were happy for me to take this shot. 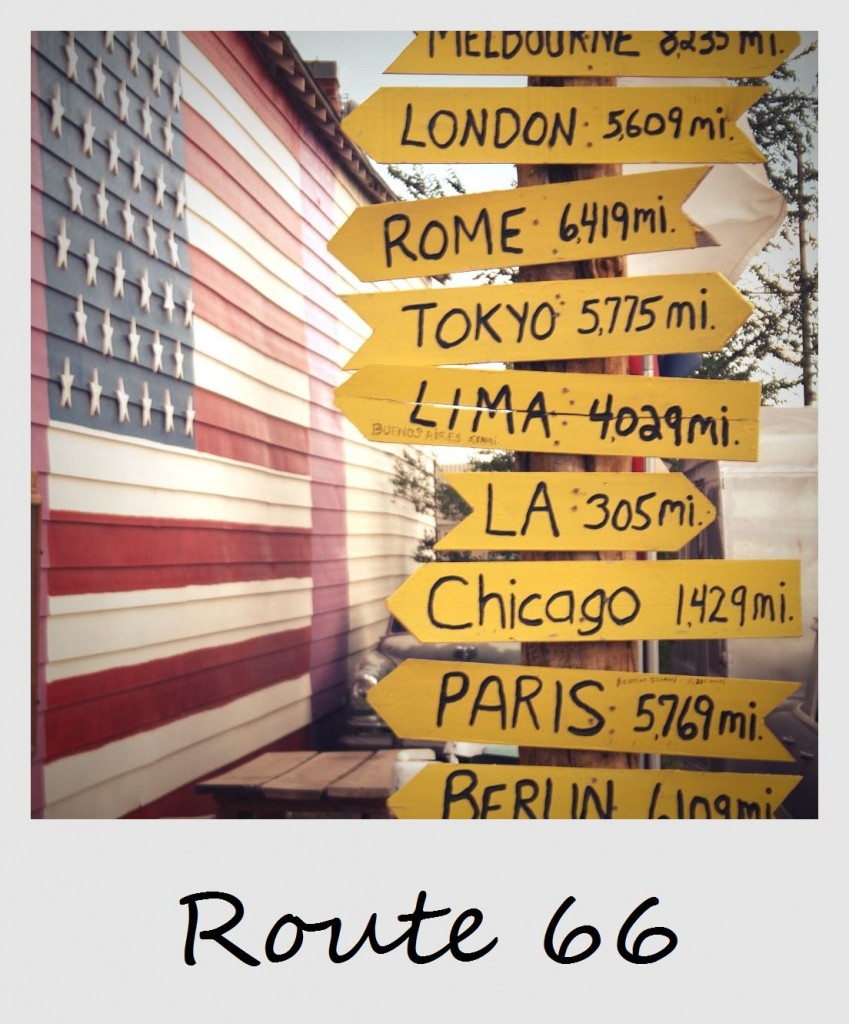 During our road trip through Northern Arizona our path crossed the famous ‘Mother Road’, Route 66, several times. On our last day we decided to drive the section of Route 66 from Seligman to Kingman, one of the few in-tact segments of the highway which originally stretched from Chicago to Los Angeles. On the way we found numerous original gas stations, motels, road side shops with classic 50s & 60s cars out front and other Route 66 memorabilia which awakens the nostalgia of the Great American Road Trip from the Midwest to the Pacific Coast. 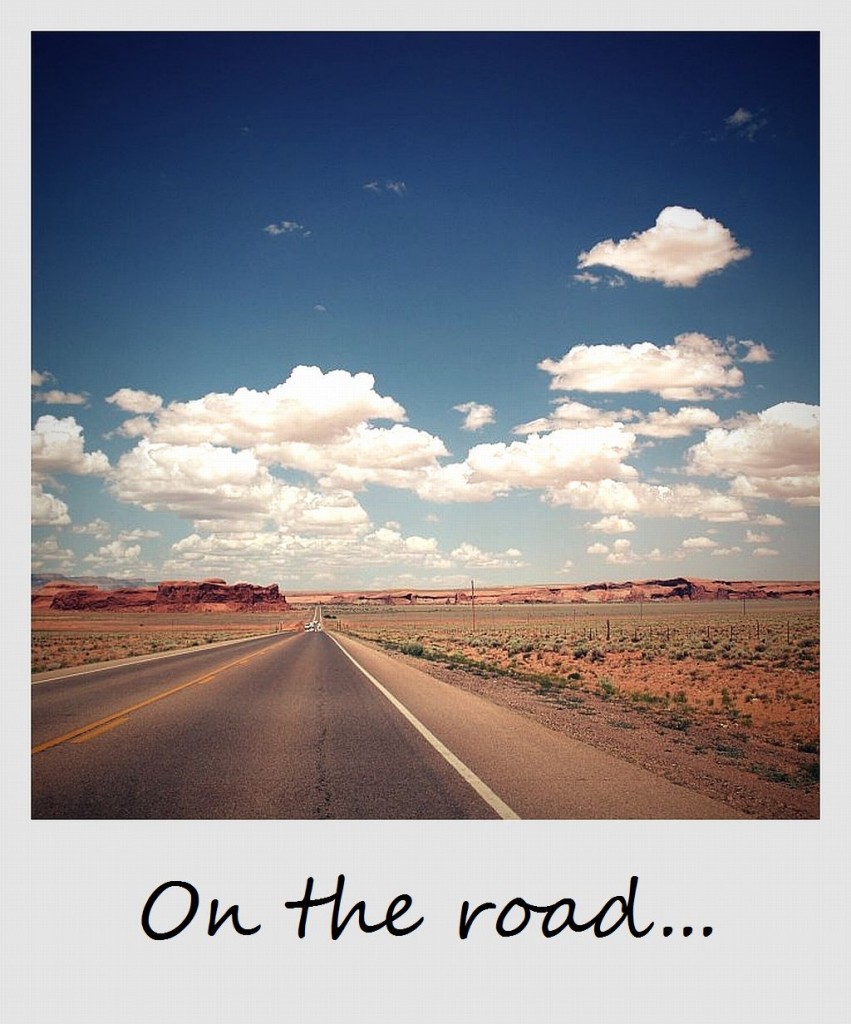 Cruising down Route 66 is one of America’s classics. We were lucky to experience some Route 66 nostalgia on our Northern Arizona road trip. Besides parts of the famous road, we visited Monument Valley, Canyon de Chelly, the Petrified Forest, Sedona, Navajo Country, Antelope Canyon, the Horseshoe Bend and the Grand Canyon.