I don’t expect to be wielding a pencil during a cooking course, but that is exactly the tool I find in my hand for the first hour of my Time for Lime cooking class on the island of Koh Lanta, Thailand. Our teacher Junie, who was born in the States and grew up in Norway, has been cooking Thai food for the past 25 years, nine of which spent at Time for Lime, her breezy beachfront restaurant here on one of Thailand’s more laid-back southern islands. We arrive via the restaurant’s pick up service, slip off our sandals as is customary in Thailand, and make our way to the beach bar to meet the other five students for the day:  a Swedish couple, a friendly couple escaping chilly London and a solo German traveler. After sharing an exotic drink and some small talk, we are seated at one of the restaurant tables, nowhere near the kitchen. Like much of life: Thai food is all in the preparation

Immediately I am glad we chose Time for Lime over the other options on the island. Junie understands the complexities of Thai food preparation like a native, but is able to explain them to a bunch of foreigners in a way we can understand. She takes nothing for granted, and starts the course by teaching us the basics. Really, this course is all about food preparation, not cooking, as the former can take hours, the latter just minutes. I find it hard not to gaze out at the late afternoon sun over the ocean, but I quickly focus as we learn our first lesson about flavor balance in Thai cooking. Thai food requires a balance of salt, sweet, sour and spicy which is why in Thailand, instead of our salt, pepper and ketchup on the table, here you find a set of four covered glasses with soy sauce or peanuts, chili peppers, a spicy sauce, brown sugar and then lime, always lime, on the side. To accentuate how perfectly flavorful this balance can be, we taste our first Thai snack – and its nothing like the spring rolls I know from home. Folding a leaf into a cone, we sprinkle a pinch of peanut, ginger, onion, coconut, chili (shrimp for the omnivores), drizzle honey over it and fold it up into a little edible leaf parcel, creating a popular Thai snack called Mieng Kham. Then, as Junie eats it, we follow suit. My mouth is instantly bursting with flavor, each and every taste bud alive after a cubic inch of just the essential Thai condiments. Slice, dice, smash and pound: put to work in the kitchen

After an hour of abstract learning, we are handed our Time for Lime cooking aprons and move over to the open kitchen for a chance to use these knives ourselves. Individual cooking stations are set up in a square around the outside of the space each with a burner, a wok of our own, and all the utensils we could possibly need. We gather around the island in the center, which is filled with trays overflowing with colorful, fresh ingredients we learn to chop, slice, smash and dice. The first task is also the most difficult: green curry paste. We are each in charge of one ingredient, which, when we finish cutting it, we take turns mashing it down using the heavy mortar and pestle. The entire process takes 45 minutes, so after ten minutes, a few of the staff on hand (there are about ten Thai ladies surrounding the scene) take over and we move on to the next dish. As quickly as we make a mess, these women efficiently move in like a racing car pit crew to clean up and put down the next ingredients before we’ve even noticed. With our own work station, we are free to make our food vegetarian, and Junie’s helpers make plenty of tofu available. In just under 30 minutes, we have prepared and creatively plated two dishes – the green curry and a lemongrass salad, which we scarf down in the restaurant in much less time.

Back in the kitchen, I can already feel the confidence level soaring as I am preparing the ingredients, so I am slightly disappointed to discover that fried rice is the next dish. However, unlike its greasy Chinese cousin, we discover Thai fried rice to be fresh and delicious, speed cooked in a wok with just a bit of egg thrown in at the end. Despite her love of spicy coconut curries, Thai fried rice becomes Dani’s go-to dish for the rest of our time in Thailand. After a second lengthy instruction on ingredient prep, the rice and the vegetable stir-fry dishes take another twenty minutes to cook and plate. And while we were stuffing ourselves silly, Junie melts our hearts by bringing out three puppies she discovered in the forest the day before. Of course, we had expected something like this to happen and it’s the reason we chose Time for Lime’s Koh Lanta cooking class. Junie runs the island’s only animal shelter – Lanta Animal Welfare. Through blood, sweat, tears and dump trucks full of gumption, Junie managed to get the shelter off the ground in 2003, rescuing hundreds of abused dogs (and cats). All proceeds from the Time for Lime restaurant, cooking course and bungalows go toward the shelter and just this past year, Lanta Animal Welfare moved in to an excellent new facility in the center of the island.

Eventually, after the puppies have long since fallen asleep in our laps, we slip our shoes back on and hop in the truck to be taken back to our respective hotels, as knackered as the puppies. That’s not to say we don’t leave fully satisfied. Both stuffed to the gills with four delicious Thai dishes, plus we feel truly educated in Thai cuisine and proud for helping support such a worthy cause, which means a lot to us animal lovers. Cooking classes run once a day, and the menu changes daily, so check the Time for Lime website to see which day covers the dishes you’d like to learn to cook. The class runs from 4pm to 10pm and includes the introduction to Thai cooking, making a curry paste, 4 dishes, rice, and a dessert. The first class is 1800 Baht, with discounts available if you take more than one class. You can book a class online or directly at the Time for Lime restaurant. 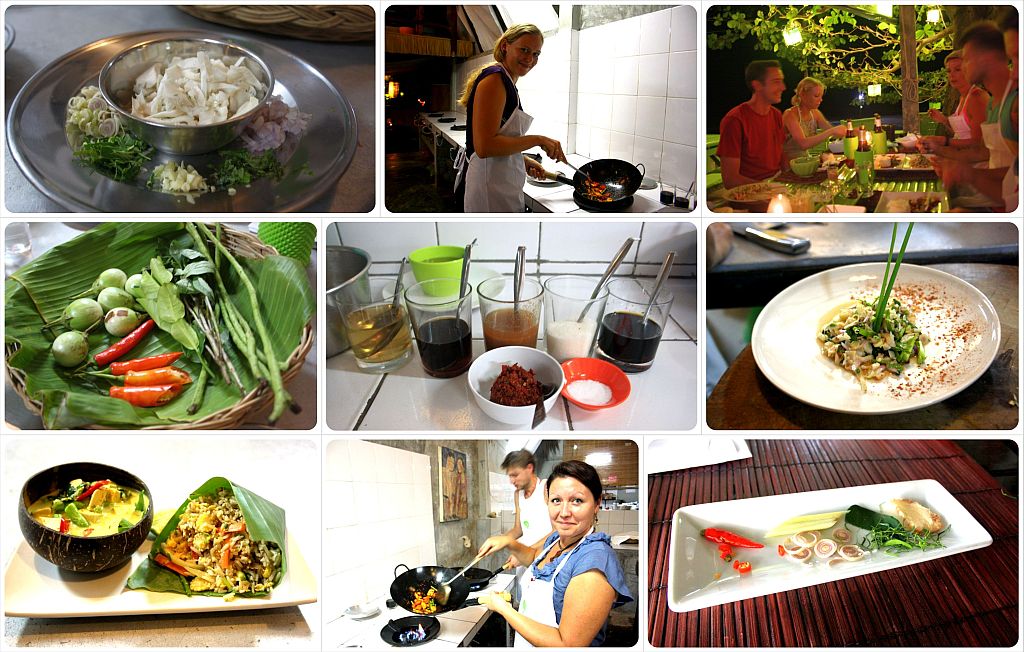 We visited the animal shelter and were impressed by the top quality facility. For those who would like to help, the website takes donations. Travelers can volunteer and stay for free at on-site dorms for anywhere from a few weeks to a few months. 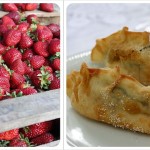 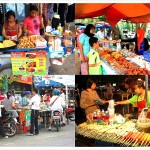 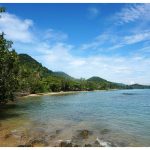 […] so when we returned from the market all we had to do was learn to make the dishes. Unlike our cooking course on Koh Lanta, this took most the hard work out of the experience and cut the time down to about an hour of […]

Street food junkies on the hunt in Thailand - GlobetrotterGirls

[…] these basic ingredients create a flavor explosion in your mouth! We came to love this snack in our cooking class in Koh Lanta, and we were always happy when we found Mieng Kham in the night […]

Finding the Perfect Balance: Our Guide to Koh Lanta

[…] Time For Lime are recommended on the island for their cooking classes and you can read more about it here from our friends Dani and Jess, the Globetrotter Girls: Koh Lanta cooking class. […]

Going to take a 5 day cooking class at Time for Lime next week so it's been great to read this review and I'm very excited for the class! Looks like you had a great time !

Awesome! 5 days of Thai cooking - you'll be masters of Thai cuisine after that ;-) Our class was great and we had a great bunch of people! Enjoy Koh Lanta :)