Each time we sit down and reflect on the last one hundred days, the initial feeling is always a stunned sort of shock at just how much we have seen and done in the last quarter of a year. In our pre-nomadic era, one hundred days could have come and gone without much more changing than a few new purchases, a short city break or two and some crazy nights out with friends. Now, as nomads, we move continents, lifestyle patterns, languages and learn new things almost every day. 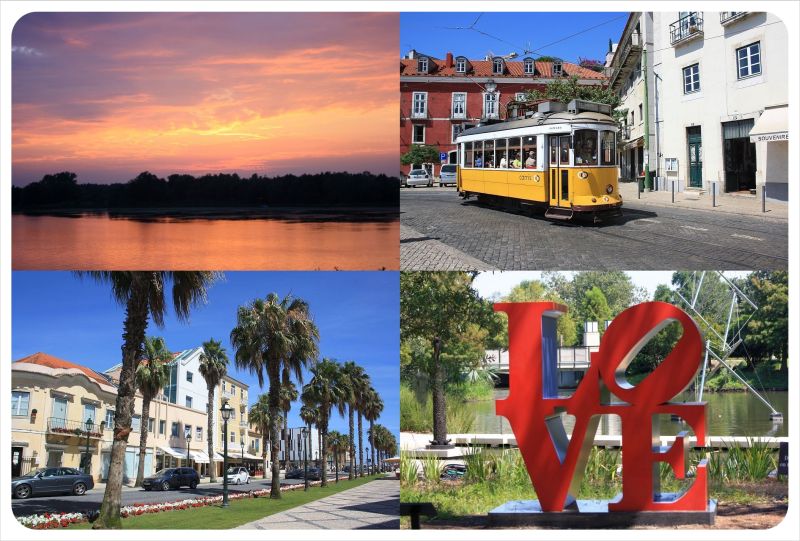 In the last 100 days we have been to (only) three countries, driven well over 4,000 miles in three different rental cars, been on several boats, crossed countless major bridges, tasted dozens of new dishes from a handful of entirely new cuisines, met loads of new, interesting people (and made some great new friends), relaxed in our own personal jacuzzi, stayed at a few exclusive hotels as well as some dingy roach motels, and had the opportunity to tour through the eastern and southern US states to get a feeling for what life in America is like today. 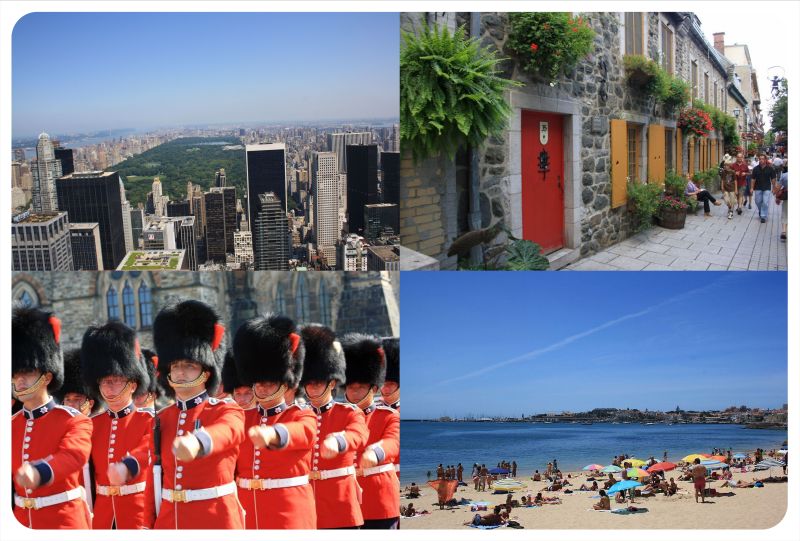 One of the best aspects of nomadic lives is that we can cancel or change plans at the last minute. A three-week stay in Lisbon happened randomly when our planned Cross-Canada Road Trip fell through and we were looking for somewhere warm, cheap and European to spend three weeks before beginning our housesit in Ottawa. Lisbon couldn’t have been a better choice. The city has the metropolitan, multicultural feel, casual lifestyle, clear and sunny skies and miles of beaches that come together to be the sort of place we could live in one day. Here are 33 Things We Love About Lisbon. 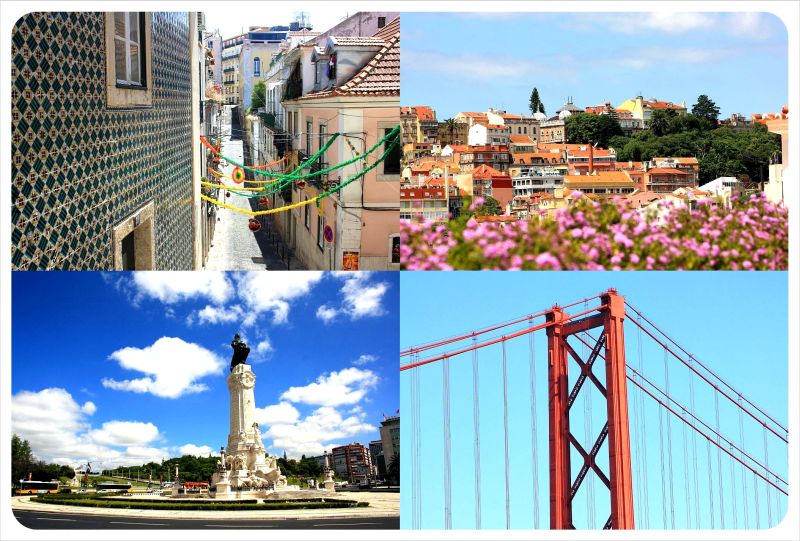 Instead of just unpacking and staying in the Portuguese capital, we instead flew into Toronto for the beginning of over three months in North America. Just two days after arriving, it was time to pickup a rental car in Buffalo, New York. The sense of freedom we have while traveling in Europe disappears here, as the availability of public transportation is either negligible (United States) or expensive (Canada). In the last months we have gone on to rent two cars for a total of 11 weeks which has been a budget breaker, but totally worth it. 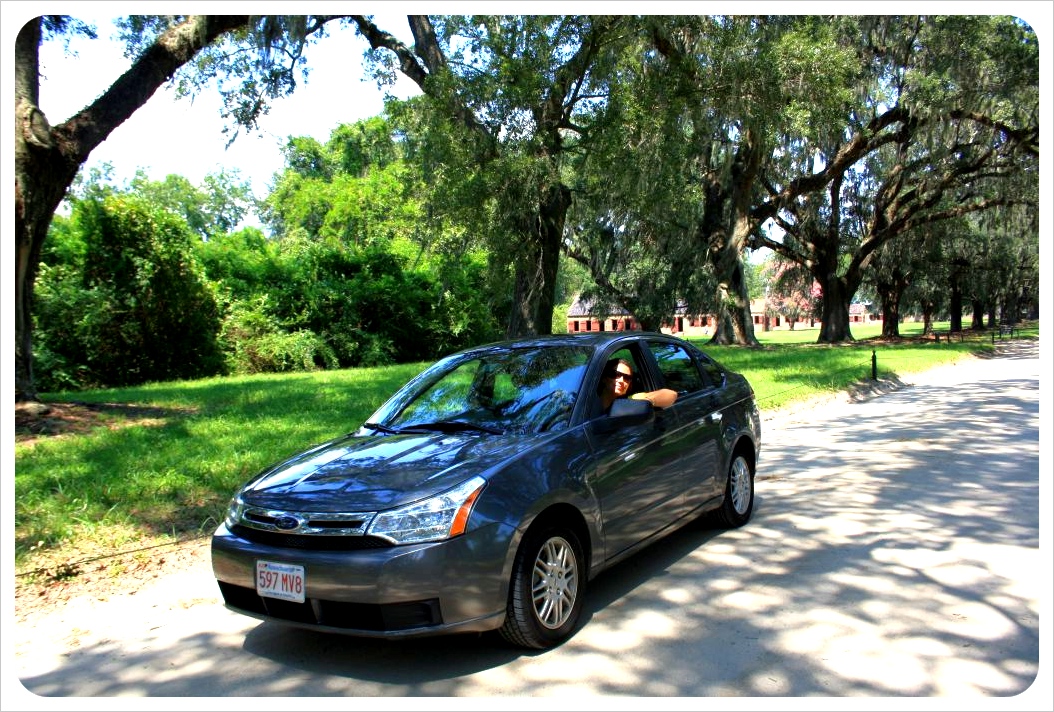 Six of those weeks were spent housesitting outside of Ottawa. This period of time was the longest we have stayed in one place since before our official GlobetrotterGirls adventure even began. We enjoyed the peaceful, safe neighborhood, the well-maintained house, making our own food and actually settling in to a routine that was really key to several professional and personal successes. In the end, however, that tingling excitement of our next steps started to slowly envelope us into the cloud of euphoria that hits each time we are about to make our next bold move. 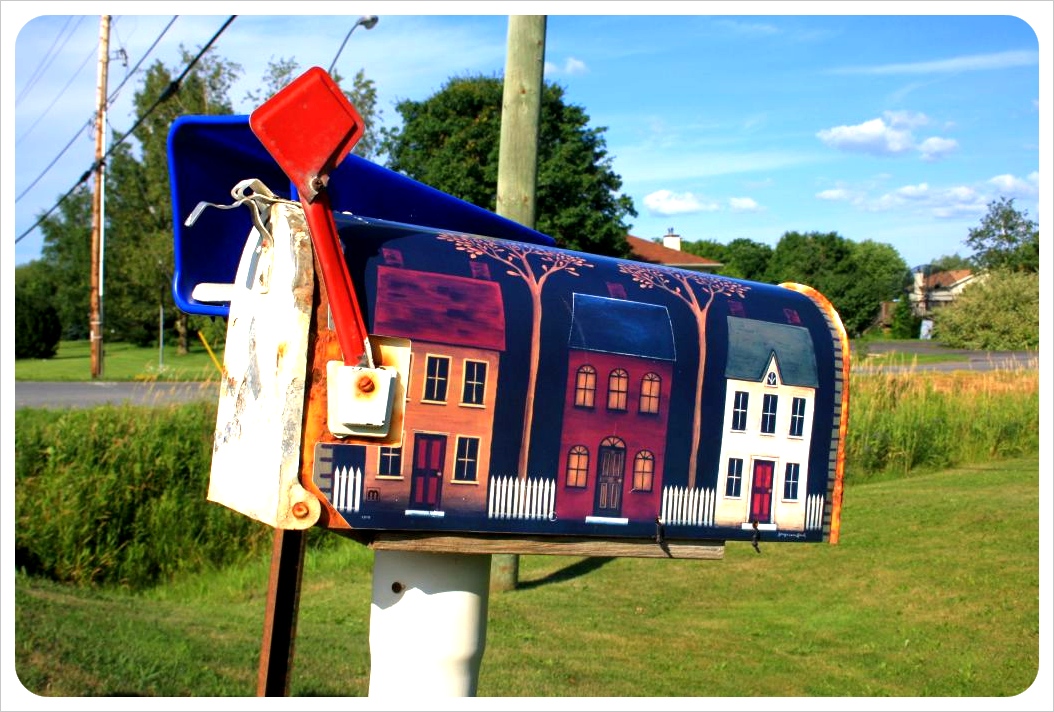 Montreal, Quebec and learning about Canada

After the homeowners returned, we hopped in the car and headed to Montreal and Quebec for a week. By that time we realized just how much we learned about Canada. As most Americans can admit, we don’t learn all that much about the neighbors to the north in school, and  Canada doesn’t make headline news much either. We were there for national celebrations like Canada Day and Colonel By Day, ate national foods like Poutine, Beaver Tails and Tim Hortons (it is practically a national cuisine!), visited cities like Toronto, Ottawa, Montreal and Quebec and explored the expansive countryside, watched shows like Corner Gas and heard enough people tacking ‘ey’ on to the ends of sentences that it almost slipped out our mouths a couple of times. 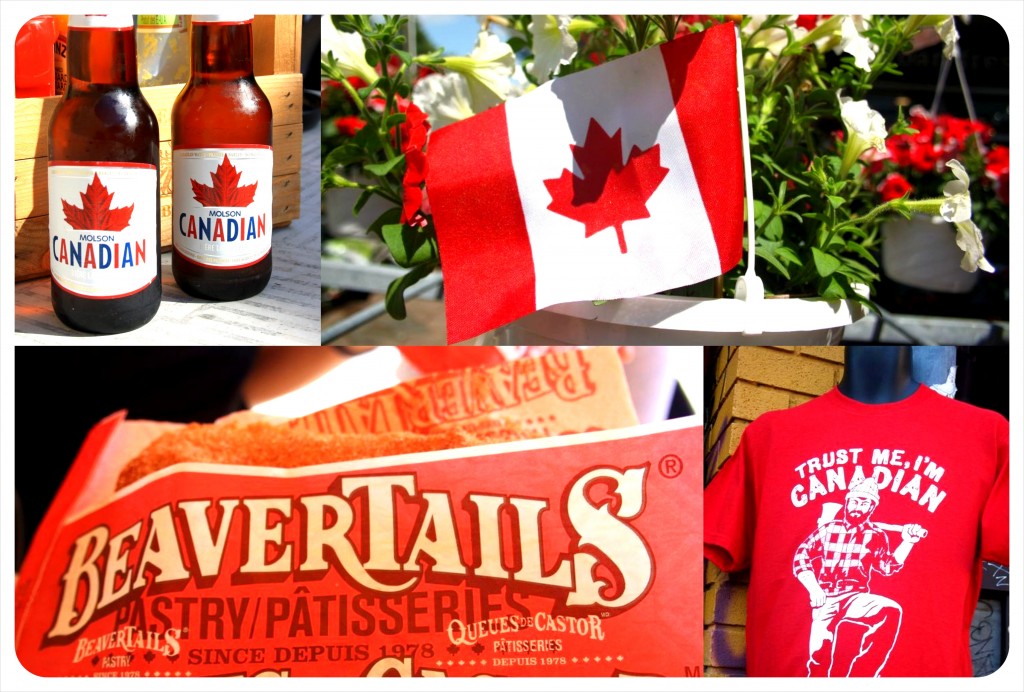 From stationary to constantly mobile

And so began our mega road trip, through Montreal and Quebec, down across the border in to Boston, and to Manhattan, NYC, where we started the longest ‘leg’ of our trip: the Great American Road Trip: NYC2NOLA. It was an intense four weeks. Constantly on the go, we took a bus from NYC to Philly, on to DC, rented a car and drove over to Asheville and Charlotte before heading down to Charleston, west to Savannah, up through Atlanta and over to New Orleans. Then we extended the trip up through Memphis to Chicago. 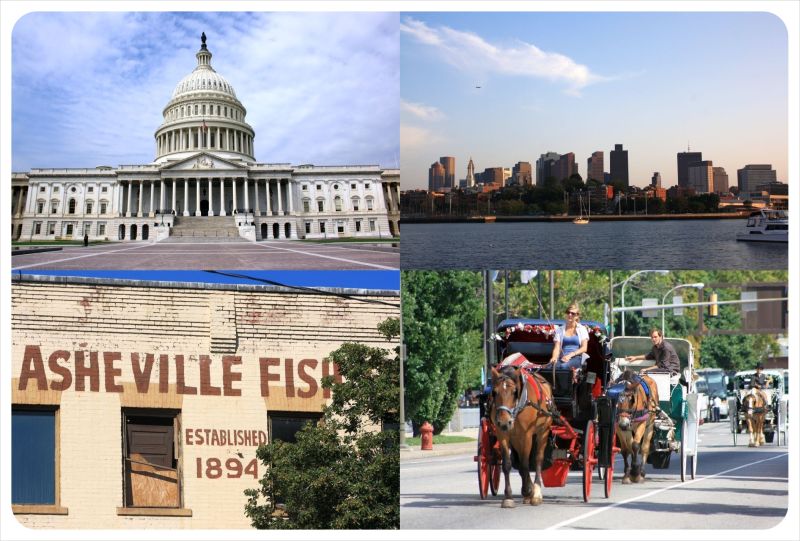 The road trip has been as enthralling as shocking, a slap in the face of the hardships of life in America right now. Long talks ensued about life here – from the blatant disregard for health and wellness, crumbling infrastructure (Memphis) to the fascinating bits of local culture we discovered throughout the Northeast and the Deep South. I am from Chicago, which is very different to anywhere we just got through visiting, and as I haven’t lived in the US since August 2001, it is a true eye-opener to rediscover post 9/11, post Katrina, post Great Recession, post Bush, post first-election-of-black-president America. 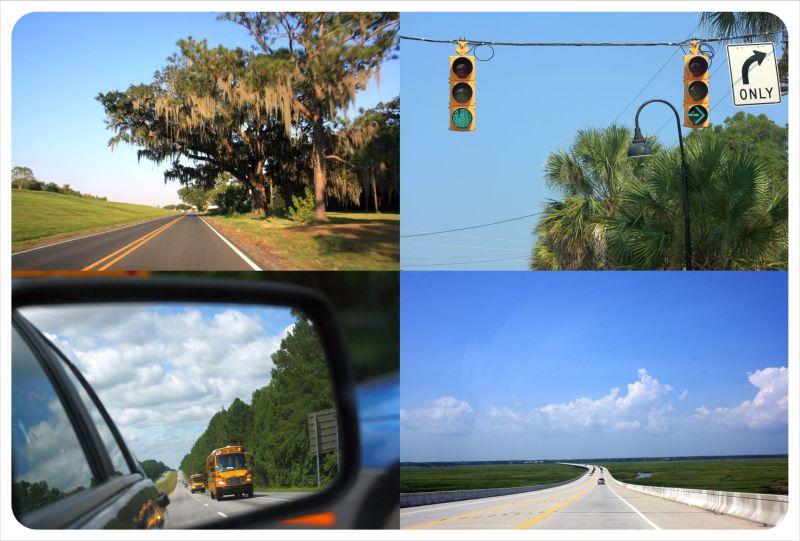 This was no vacation for us: the whole road trip was about keeping our eyes open all the time, taking everything in, and coming to understand America in a deeper way.  It hasn’t been about confirming or changing stereotypes, but witnessing first hand what each place is like, the feel, the attitude and the people.

After a few weeks of friends, family, rest and relaxation here in Chicago, we are heading to Denver for a few days before flying off to South East Asia! We are ready for a new and even bigger challenge after so long on the road. We have never been to Asia and don’t speak any of the languages like we do in Latin America, Europe and the U.S., so this will be a huge step out of our comfort zone. We couldn’t be more excited to explore an entirely new part of the world in as much detail as we have examined our own! 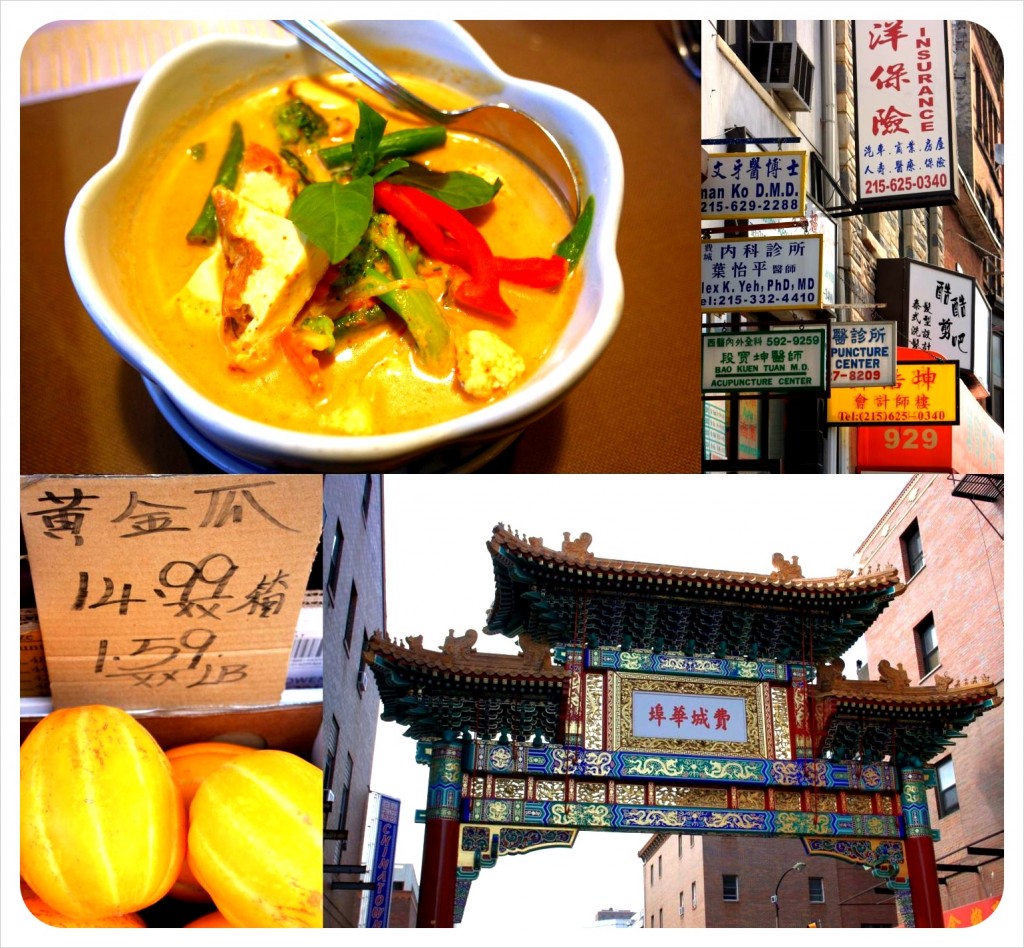 The past 100 days have been so successful only thanks to the people & friends who have helped us make the most of this amazing adventure: 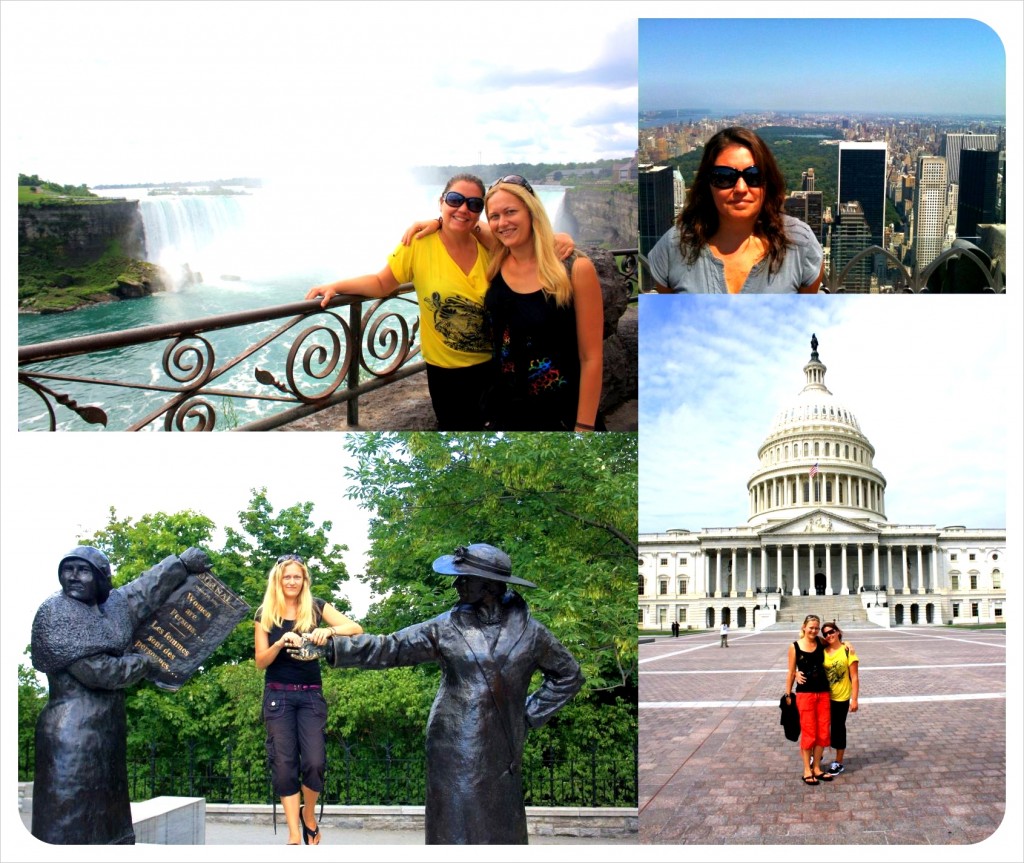 Reflections: 300 days on the road
Click here to cancel reply.

600 days of travel: Reflections on the last 100 days - GlobetrotterGirls

[…] us into an entirely different world yet again, we somehow feel more well-rested than we did in our 500 Days Reflections thanks to a relatively quick and essentially effortless adaptation to South East Asian living. The […]

I would love to try your adventures also. The places you've been are all wonderful, my goal when I travel is to meet new people and share some of their cultures.

Congratulations on your achieving 500 days of adventures! And the next bit sounds pretty exciting, too. Our big adventure starts in just a few months, so maybe we'll run into you on the road somewhere........

Hey Paige thanks for stopping by! We LOVE meeting up with fellow travel bloggers, so let's make sure to meet if our paths cross!

Awww thank you SO much for the sweet shout out! I wish that we had had more time together. What an incredible journey you 2 are on...I wish you nothing but the absolute best in SE Asia!!!

Yes, more time would've been nice, but it was great that it worked out anyway - and we're pretty sure our paths will cross again one day - maybe our next meet-up will be in Buenos Aires?? :)