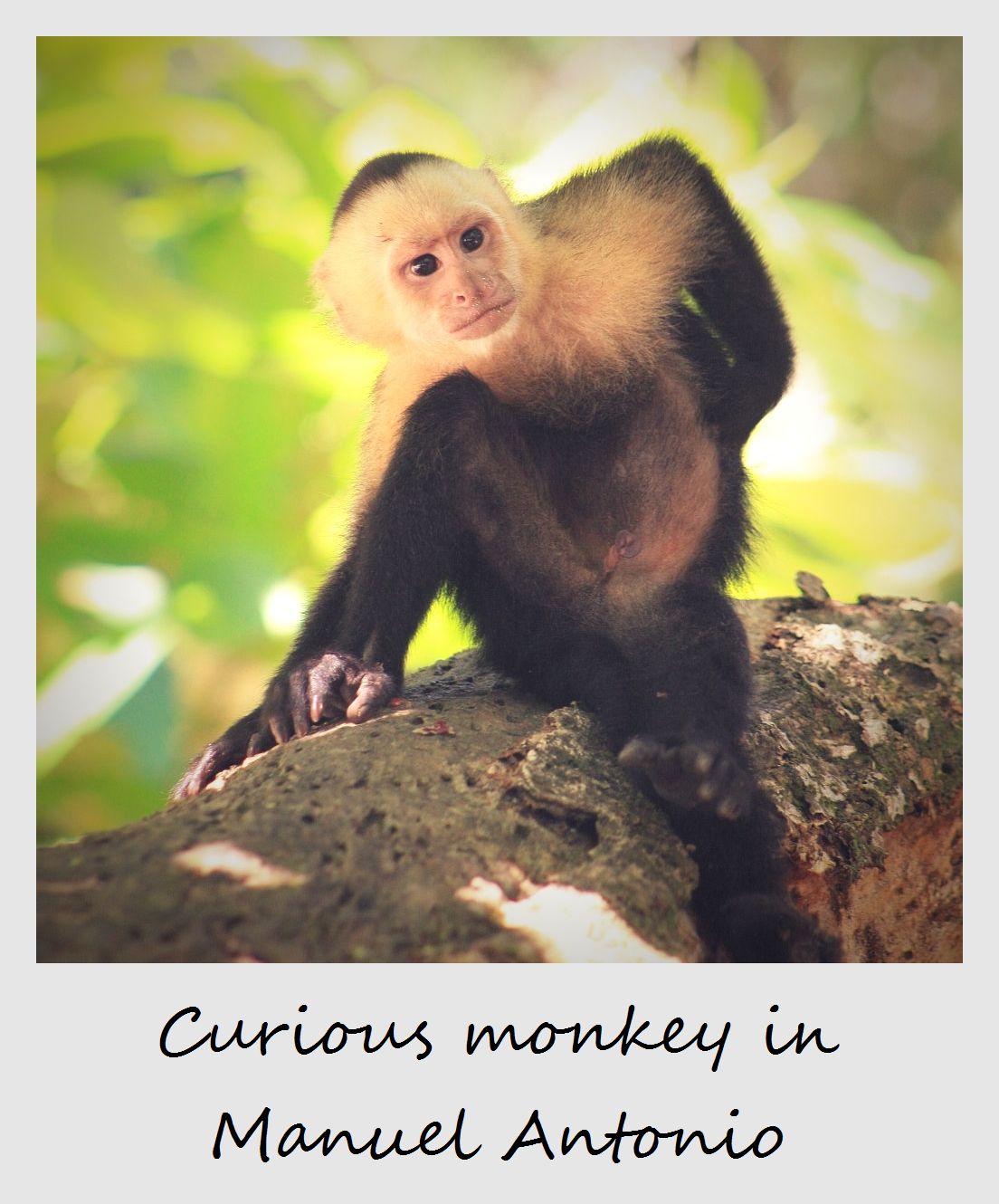 One of the things we were most excited about for Costa Rica was the wildlife. Of all the countries in Central America, Costa Rica is where you can see the most mammals, birds and reptiles roaming freely through the forests.

So far, Manuel Antonio has been the best for monkey spotting! We spotted  this little guy on a quiet hike through a fairly deserted area of the national park. He had been involved in a playful ‘fight’ among five spider monkeys and was resting here (perhaps calculating his next move?)

There were plenty of other monkeys on the more populated paths – wowing the hordes of international tourists while joining raccoons in stealing food. Even outside the park, however, we managed to see monkeys, including one that hopped right down on the roof of our hostel, swinging on a chain right by where we were working.

Hey I love to see monkeys. They are just looking innocence. Any way thanks for wonderful post…

Thanks Sandy! We loved the spider monkeys in Manuel Antonio, and there were so many!!

He is so adorable! I love their little faces! How amazing it would be to witness the playful fights and be so close to these incredible mammals! Thanks for sharing

Thanks Jasmine! We love monkeys and therefore it was absolutely amazing to finally see them in their natural environment and not, like we've seen many times here in Central America, chained up in somebody's yard.