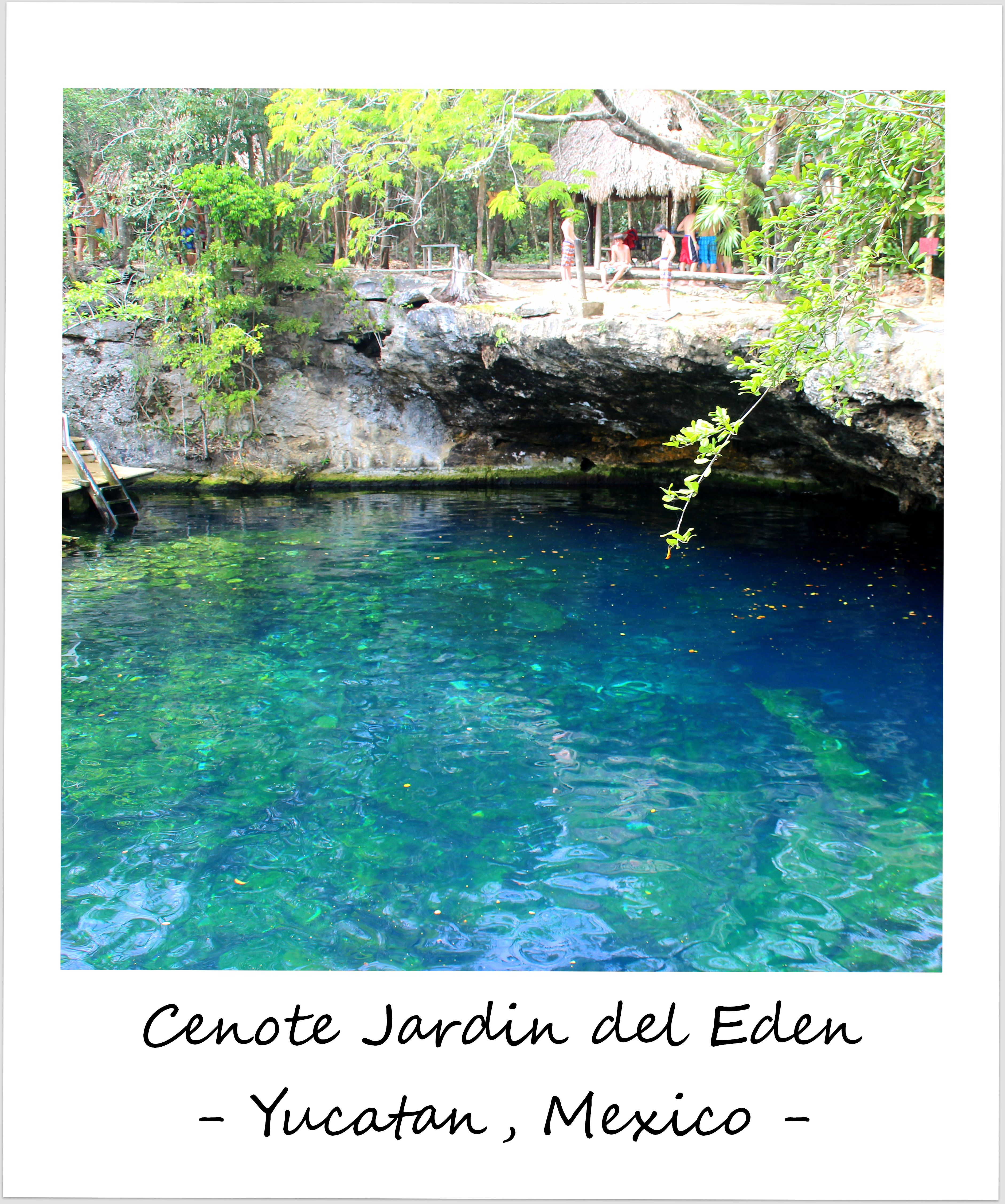 What a week it’s been – my whirlwind road trip through the Yucatan is coming to an end – how can this even be?! It seems like it was just yesterday that I boarded my plane to Cancun in Mexico City, but looking back at all the places I’ve visited since then, it almost seems too much to fit in one short week!

After so many adventures, which I’ll be sharing in detail with you soon, I am having the hardest time deciding which picture to share with you today! The magnificent pyramid of Chichen Itza? The stunning Mayan temples of Tulum, with the turquoise waters of the Caribbean Sea as a backdrop? Or the jungle ruins of Coba? One of the many beaches I’ve visited in the past seven days? But since I just posted a picture of an ancient pyramid in Mexico and will be posting a picture of one of my favorite beaches in the world next week (so excited about returning to this place – you can get a sneak peek of it in my journey through Mexico picture post from 2010, it’s the second to last place we visited in Mexico back then), I narrowed it down to a cenote – but even that wasn’t easy, considering we visited five different amazing cenotes last week!

If you’ve never been to Mexico, you might not be familiar with cenotes, which are unique to the Yucatan peninsula: there are over 3,000 of them scattered across this part of the country! So what are they? Cenotes are underwater sinkholes, natural swimming holes that were formed by the collapse of porous limestone rock. Some of them are open, framed by the limestone rock, some are closed, only accessible through a small hole in the ground. What all of them have in common? Mineral-rich, fresh water, and incredible underwater rock formations. The water is usually crystal clear, which makes for splendid snorkeling or even diving in the bigger ones, where the small opening often doesn’t even reveal how far underground their cave systems reach. In some cenotes I saw divers appear seemingly out of nowhere; it made me almost want to give diving a try (it’ll happen one day, I guess!).

The word cenote means ‘sacred well’, by the way, and cenotes were used by the Mayans for sacrificial purposes long before we used them to cool off from the hot and humid temperatures of the Yucatan. What makes these swimming holes so special are not just the underwater rock formations and the stunning stalactites in the closed cave-like cenotes,  but also their surroundings – usually lush green jungl-y scenery. Sitting on the edge of the limestone rock looking out over the crystal clear water never ceases to amaze me, no matter how many cenotes I’ve visited.

On this trip, I visited Cenote del Jardin (pictured above), an open cenote south of Playa del Carmen, Cenote Zacil-Ha (also open) near Tulum, el Gran Cenote, which is partially covered and partially open (also near Tulum), and two closed cenotes near Valladolid: Cenote Samula and Cenote Xkeken. You might think one would tire of cenotes after a while, but they are all so different from each other that each and every one is an awe-inspiring experience – at least my fellow globetrottergirl and I were in awe in every single cenote we visited, and we would’ve happily visited more had we not been on such a tight schedule.

Stay tuned for one last dispatch from Mexico next week!

Duty Free – Is It Really Cheaper?