When planning our round-the-world trip, the original idea was to cross the land border at Tijuana into Mexico from California and travel across the entire country north to south before entering Belize and the rest of Central America. This plan was met with insistent if not vehement attempts to dissuade us, not only from crossing into northern Mexico by land, but also from traveling through Mexico altogether. Which led is to ask: Is it safe to travel in Mexico? 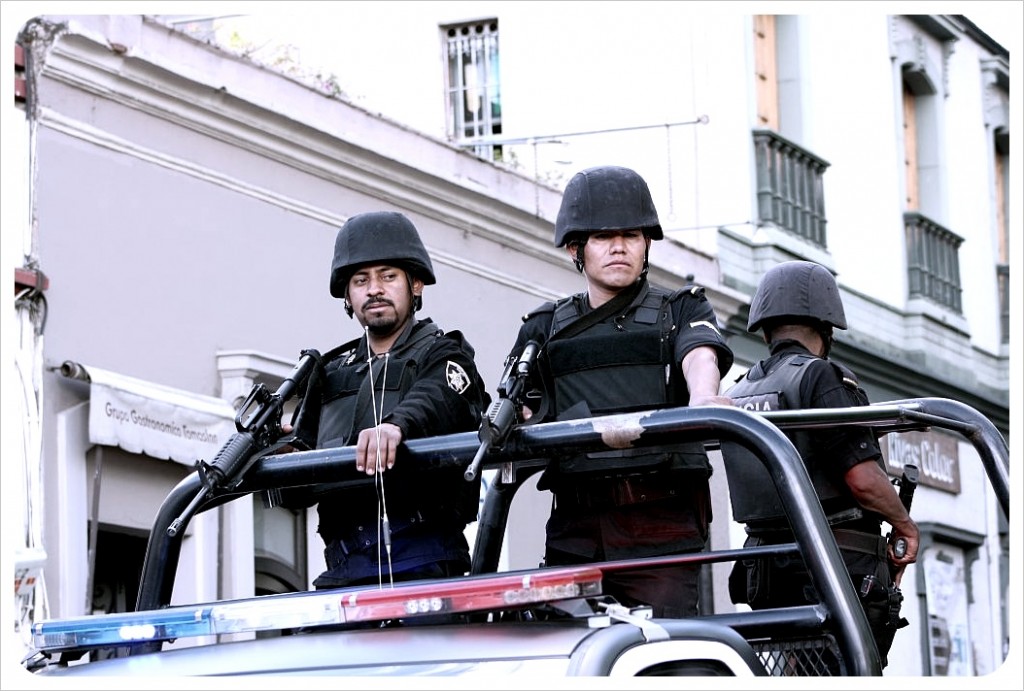 Every single person we told, without fail, warned us against a trip to Mexico. Don’t you know how dangerous it is there, they would warn, speaking of killings, kidnappings and drug crime. Countless news articles seemed to support these warnings and, especially in Arizona, where immigration issues are endlessly being debated, front pages were filled with the treacherously unsafe conditions in Mexico. During our stay in Tucson we dropped plans for a day trip to Nogales, just across the border, because nearly everyone warned us not to go.

We decided to skip the northern territories as advised by the U.S. Department of State, and flew instead directly into Mexico City, moving only south from there.

After having spent over a month now in Mexico including time spent in Mexico City, Puebla, Oaxaca, a couple of smaller beach towns on the Pacific coast (Mazunte, Zipolite), San Cristobal de las Casas and Merida, we can honestly and happily say: Don’t believe the hype. Go to Mexico! We can’t imagine having left Mexico out of our travels. The things (and food) we would have missed! 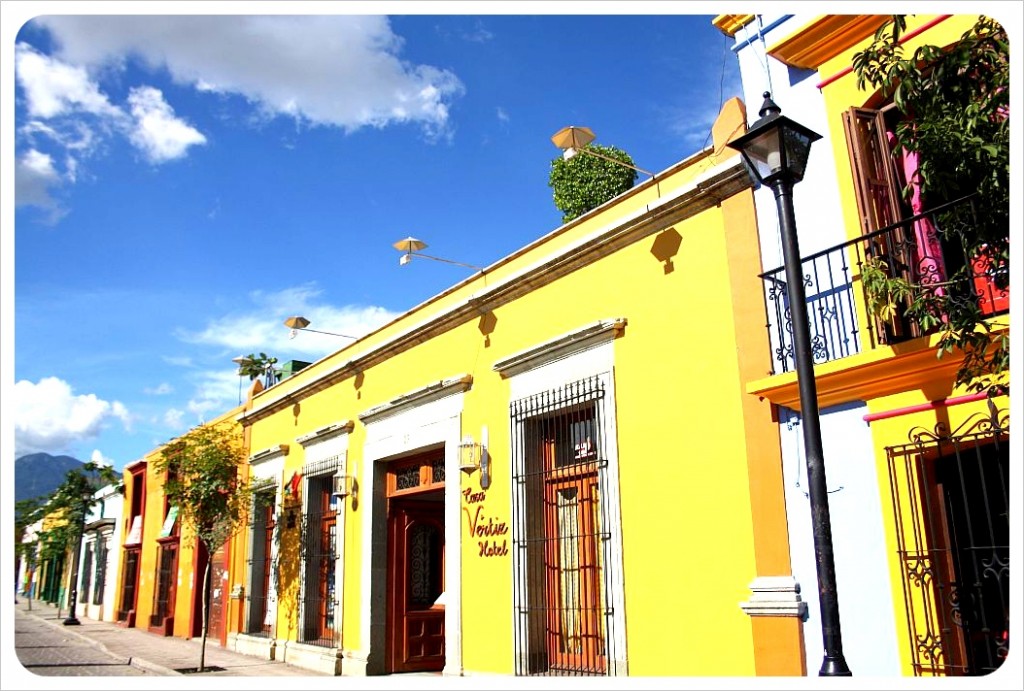 Is it safe to travel in Mexico?

Of course you must be a cautious traveler. Take appropriate precautions as a female traveler in Mexico, always keep an eye on your surroundings and stay out of known-to-be-dubious areas. These are tips that apply to a trip to any unfamiliar location, from New York to Dubai. Admittedly, the immense police presence on the streets of Mexico City made us initially feel very unsafe. If so many heavily armed police are necessary, we must be in a very dangerous place, we worried. However, after just a couple of days we felt safer in most of Mexico D.F. than in some parts of L.A. and even extended our stay in the capital by five days in order to fit in all of the exciting sights. This is a city crammed full of passionate, intelligent and very open-minded Mexicans, and an extensive trip to Mexico without visiting the great city of Mexico D.F. would leave a black hole in someone’s true understanding of Mexico and its people.

During our visit to Puebla, we met up with foreigner-residents Rebecca from the U.S. (All About Puebla) and Elmar from Germany. They told us about the high-quality of life in the fine colonial city, and how safe they feel living in Puebla. Both have been in Puebla for over three years, a testament to a positive experience in Mexico. And both assured us that traveling in Mexico is safe. 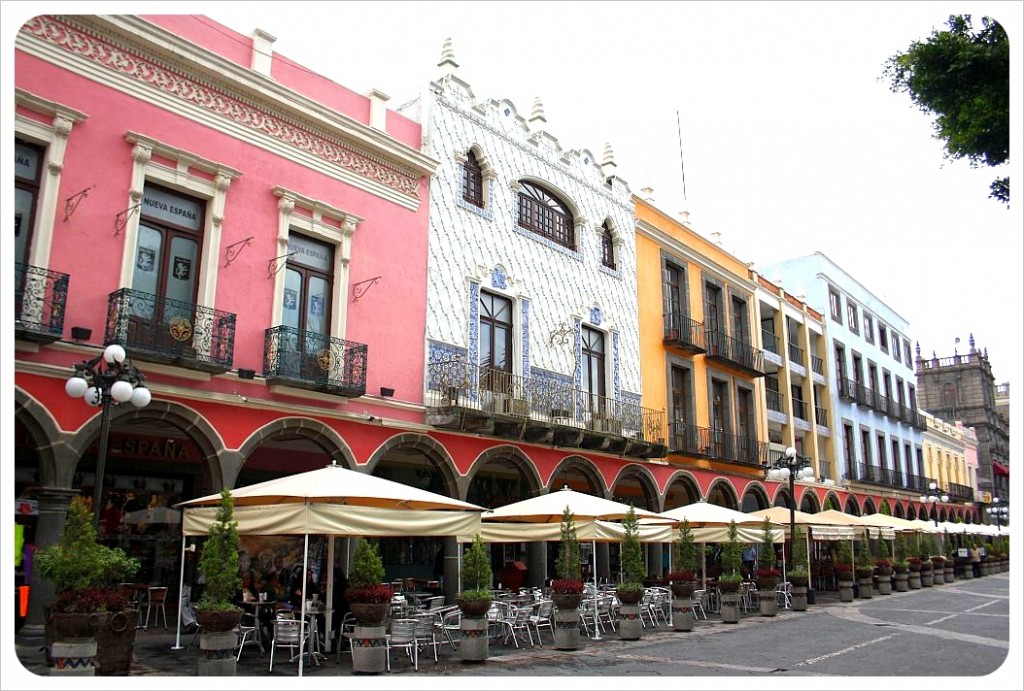 In Oaxaca we stayed in a modest two-room bungalow in San Luis Beltran just outside of Oaxaca. Initially the area seemed rough, based on the level of poverty woven in and out of the areas known as the ‘Colonias’ outside the city center. Here it would have been easy (and probably smart) to feel like walking dollar signs. Initially we were a little concerned as we were quite openly the only non-Mexicans on the streets and buses. However, during our two weeks in San Luis Beltran, we never felt unsafe. On the contrary, the people were very friendly, gave directions, made sure to say ‘Buenos Dias’ to us and Dani never felt scared to take her Cannon SLR camera out of her bag. 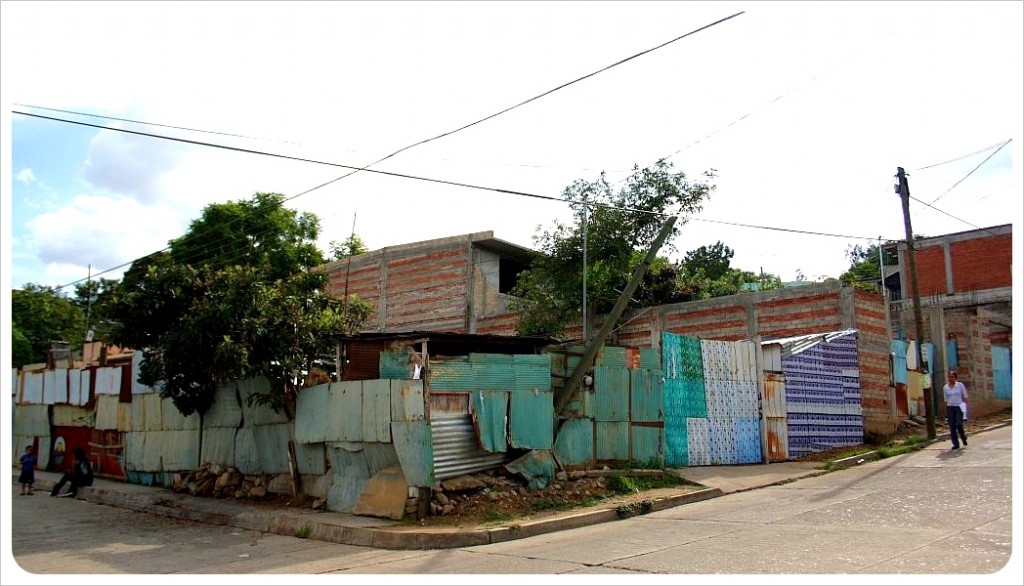 No matter where we go, we are overwhelmed by this kindness. At the public viewing of the FIFA World Cup on Mexico City’s Zocalo, countless fans congratulated Dani on Germany’s third place win, and the next day, assuming the blonde-haired, blue-eyed spectator was Dutch, consoled her for Holland’s loss. Market vendors proudly and patiently have explained their produce, meals and traditions to us without a hint of an eye-roll or judgment. The locals in Puebla were excited to introduce us to their culinary specialties, like chapulines – grasshoppers, and our friendly neighbors in Oaxaca brought over home-made tamales. It is hard to imagine a neighbor in London or Chicago bringing over food the day we move in. Such traditions were lost for us in the 1950s, it seems. 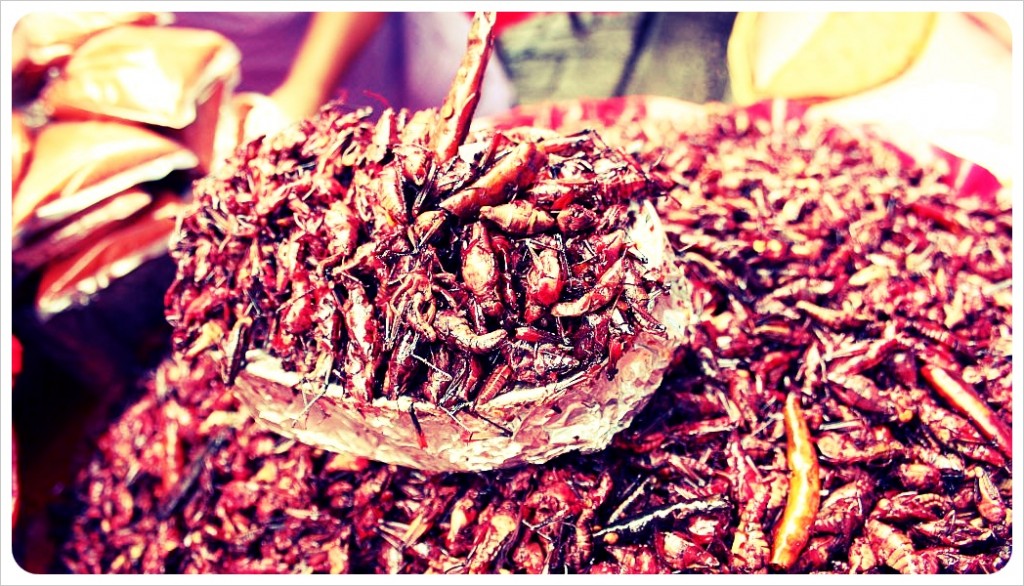 This article is not meant to sugarcoat the situation here. There is constant violence in the country, and everyday we read the headlines that speak of taxi drivers, a priest or innocent children being murdered. The national newspaper published a multi-article examination into the violence in the North of Mexico one weekend, looking at the issue from several different angles. But life goes on, as it does in the United States, which has one of the highest murder rates in the world. 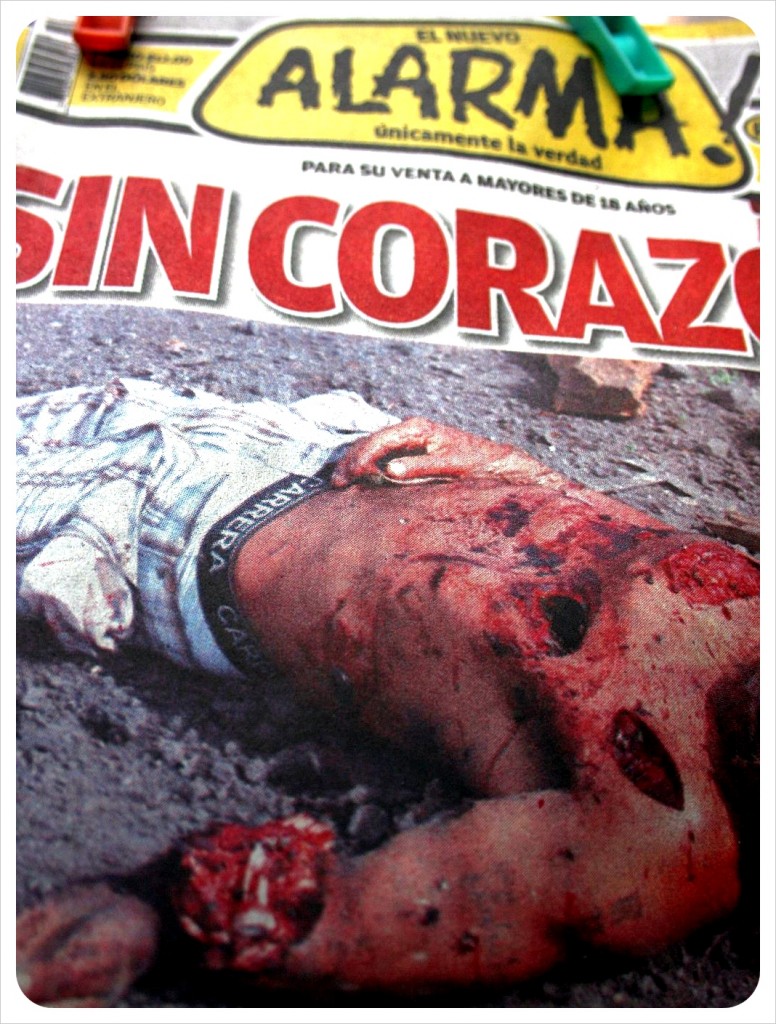 It is important to keep this in perspective, and not to lose sight of the fact that on the whole, the people of Mexico have done nothing but receive us with kindness, and we are constantly impressed by the colorful culture and traditions which in no way resemble the unfortunate preconceived notions we held about the country before we arrived. Our new-found love of Mexico, coupled with its enormous size, has led us to extend our stay here by an entire month (most likely much to the dismay of some friends and family). We will spend this month exploring the Yucatan peninsula where we were able to find a fully-furnished apartment in Playa del Carmen at a bargain price thanks to our fellow traveler Wandering Earl. We hope that our feelings about safety in Mexico will not change over next few weeks and that the secure feeling continues throughout Central and South America.

Is it safe to travel in Mexico – further reading:

Have you recently been to Mexico? What are your thoughts: Is traveling in Mexico safe? 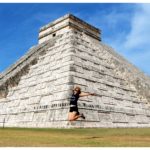 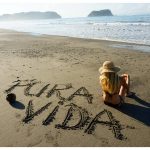 Is it safe to travel in Costa Rica?
Click here to cancel reply.

Travel in Honduras – safe or not? - GlobetrotterGirls

[…] After 11 weeks in Mexico, we also examined safety of travel in Mexico which you can read here. […]

Nice to see this article looking forward to seeing more thanks.

Nice to see this article looking forward to seeing more thanks.

this post is already a few yrs old, but i felt like commenting. lst year i've been to mexico and i looooved it. especially the people, so lovely and generous, and extremely friendly. always felt welcome in thsiüüis beautiful place. and without any doubt, i'd go there again.

you know i think it's a shame how the media just wants us to believe only bad things about some places. i'm aware, things can happen and i'm a careful traveler... but something can happen anywhere. we can never predict that.

i'm glad there are people like you guys, who have been there and don't think like this. <3mexico<3