Over the last couple of years, it seemed like everyone was raving about Berlin. Fellow travelers were stopping there for a few weeks or a few months at a time and we started to feel a strange pull to the German capital, as well. But did we really need to go to Berlin now?

Dani is from Germany. Even if we don’t permanently settle, there is always plenty of time to go to Berlin in the future. Why spend the summer there now? Just because it felt like everyone else was? 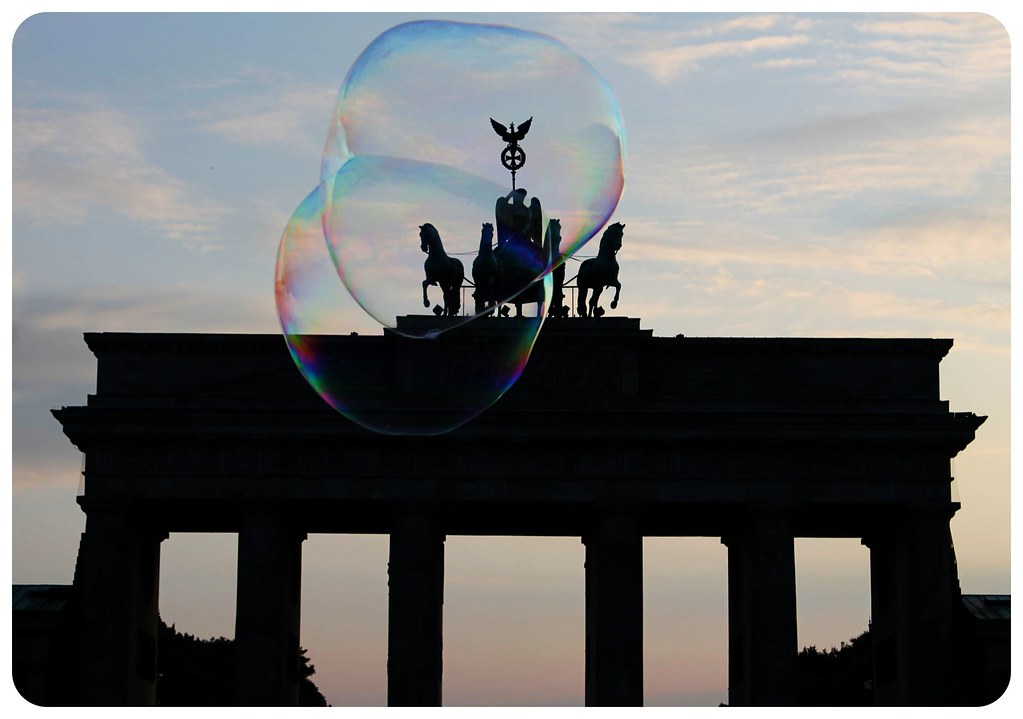 Plus, neither of us had really loved Berlin the last time we were there. Granted, this was in 2004, nearly a decade ago and we weren’t even together then. Back and forth, should we go, should we not – we toyed with the idea for ages.

Why not spend the summer in Greece (shouldn’t every nomad live on a Greek island just once?) or somewhere in Spain? On the water, somewhere relaxing and romantic? In the end, however, Berlin pulled us there with this pulsing magnetism she seems to have at the moment. Those five weeks ended up being the perfect summer getaway for us and the best choice we could have made. 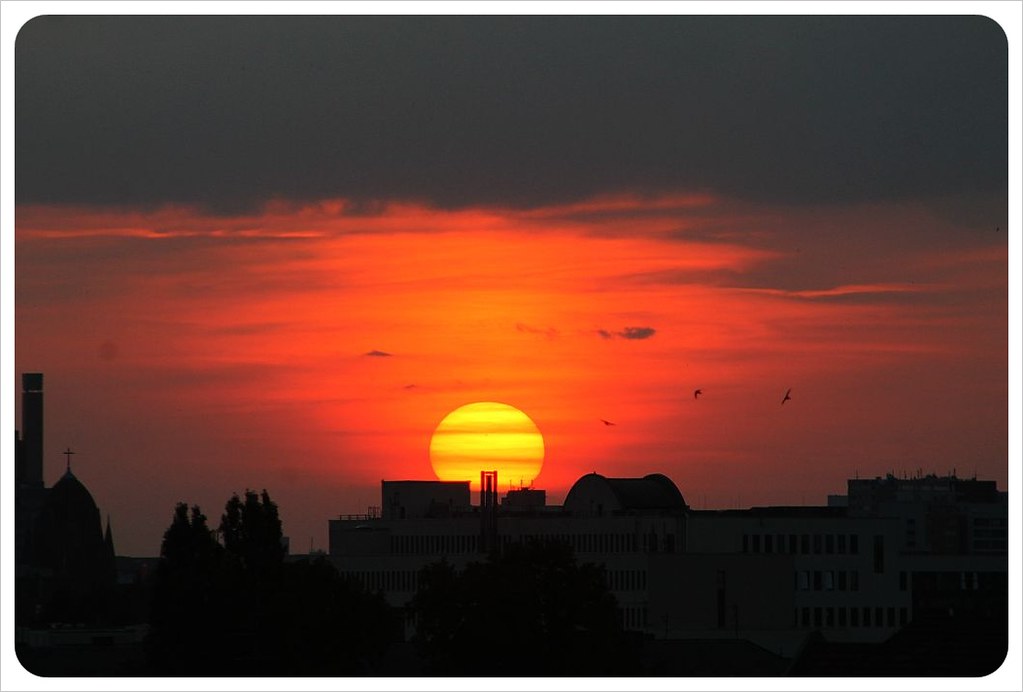 We immediately felt like this was a city we belonged in, and we never stopped moving the whole time we were in town. It took a while, but we have finally processed it and are sharing with you here those first impressions we had of Berlin, with more in-depth pieces of the city to come.

We compiled this list of our initial impressions of the city over a lazy brunch one of our first mornings in Berlin:

1. Berlin is green
A city of 3.3 million people could be covered in cement, but Berlin is one of the greenest cities we have ever visited. The beauty is not just about all the sprawling parks and open spaces, but how the people use these spaces to relax and enjoy the fresh air that really struck us as interesting.

2. Berlin is alternative
To anyone who has been to Berlin, this is as obvious as saying the sky is blue, but in Berlin, alternative is the new normal. There are so many ways to be alternative and in Berlin you find them all. Artists, writers, creative types, punks, hipsters, foreigners, intellectuals, hooligans, you name it and that subculture probably exists in Berlin. Fiddle-playing Spanish monks – there is probably a club night just for them somewhere in the city. 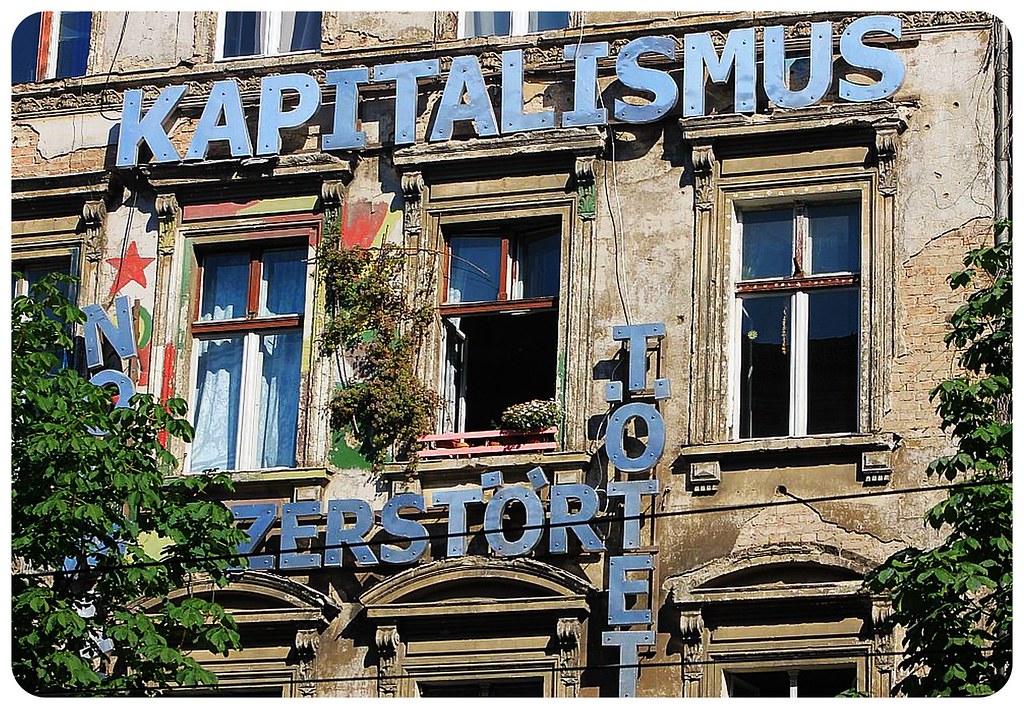 3. Berlin feels significant
No matter how of-the-moment this alternative culture feels, it is impossible not to be constantly aware of the significant historical moments that took place and all that these city streets have seen.

4. Berlin is divided
Most obviously, Berlin is the home of the Berlin Wall – this city was once home to two entirely different countries. And yes, we all know that only-in-Germany famous American celebrity who sang as the wall fell and unified the city. Today it is a sprawling metropolis, but east and west Berlin are architecturally and culturally distinct – the attitudes of the people who are drawn to the neighborhoods on either side is impossible to ignore. 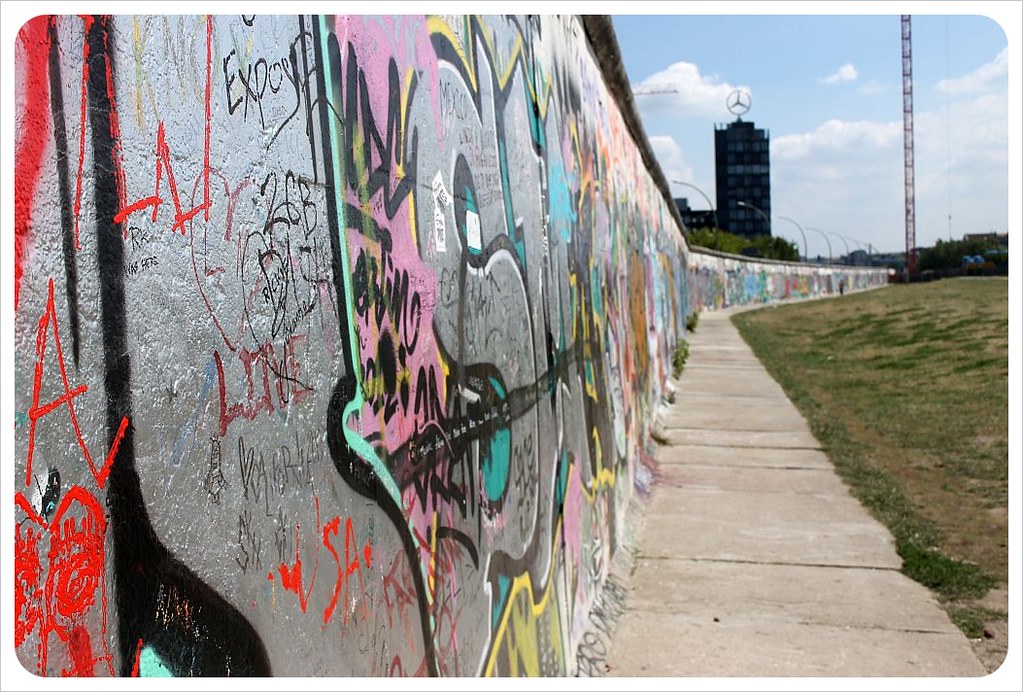 5. Berlin is full of flavor
Eat Vietnamese for lunch, Sushi for dinner and have Thai and Indian tomorrow. Shop at the Turkish market or eat Doner Kebabs every day but no matter which cuisine we seem to find, it’s always prepared authentically and full of flavor. 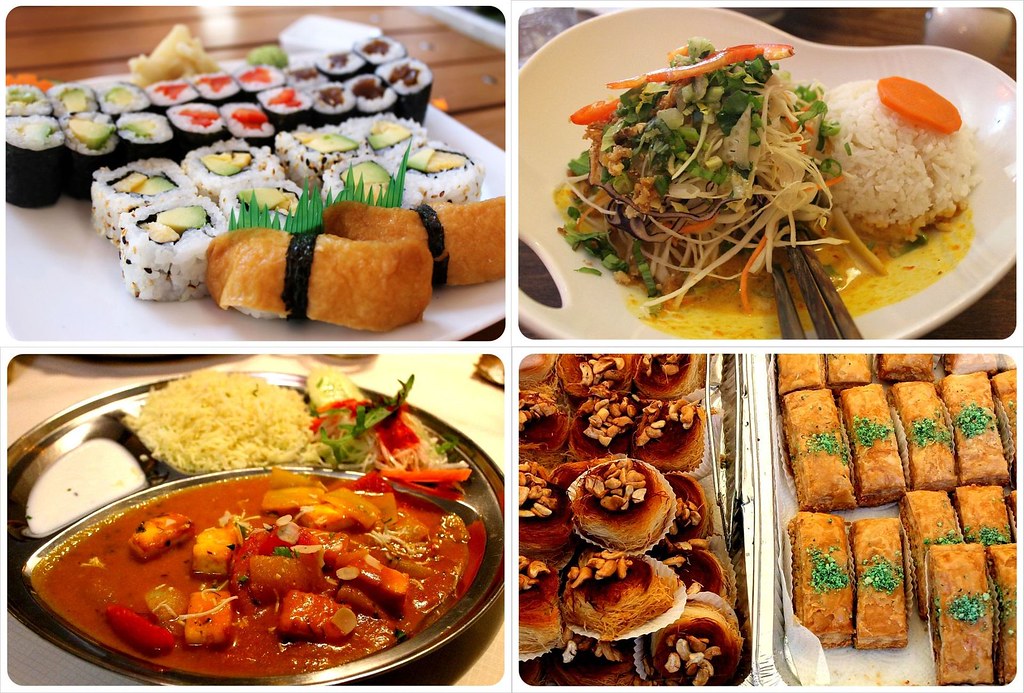 6. Berlin is bike-friendly.
Amsterdam still tops European cities in terms of sheer numbers of cyclists, but Berliners cycle by the thousands down wide bike lanes. There are plenty of places to lock your bike, pedestrians and cars respect your right of way and expect you to respect theirs and bikes are welcome on public transport – for when it rains or you’ve just ridden too far that day. 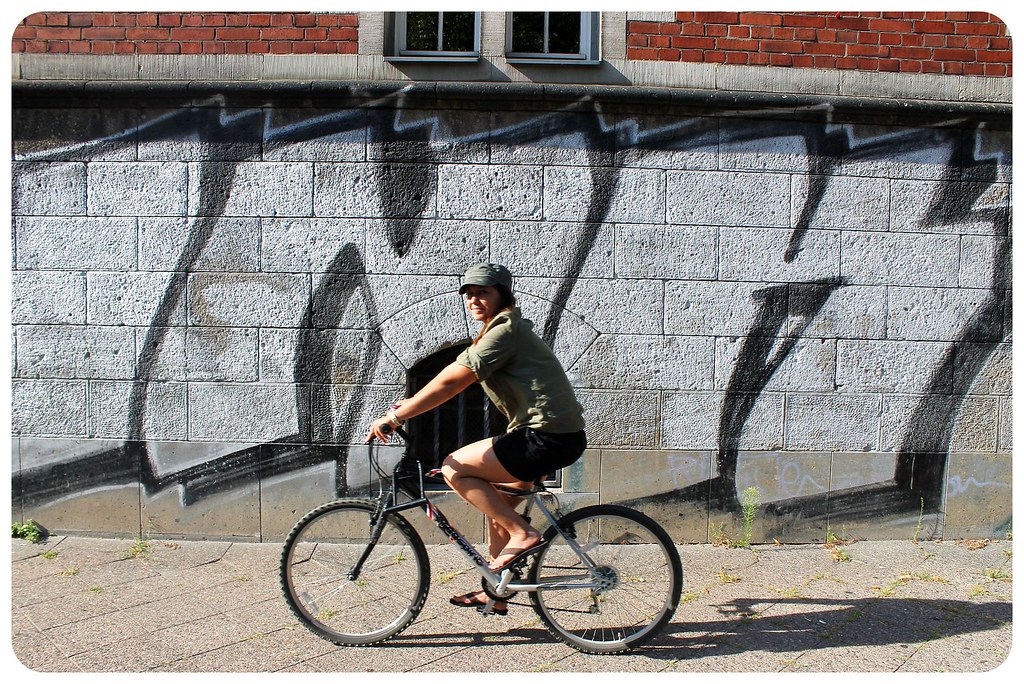 7. Berlin is an island
Put simply, Berlin is an unGerman city surrounded by Germany on all sides, like Lesotho and South Africa. In Berlin, you hear more English than German on the streets, almost never eat German food, and find a default positive attitude not found in other parts of the country.

8. Berlin is cheap
Although locals will tell you gentrification is ruining the city, our rent was only €550 for the five weeks we stayed in Berlin, lunch specials were always under €5, a large bottle of beer in the supermarket is €0.65 and this giant brunch we ate as we wrote this was €10 each – including baskets of good bread, slices of cheese, cubes of cheese, cheese spreads, eggs, salads, juice and coffee.

9. Berlin juxtaposes old and new brilliantly
How one city can be so cutting edge on the one hand, and yet so entirely connecting to history on the other is fascinating. How often these two things happen within one photo frame, even more so. 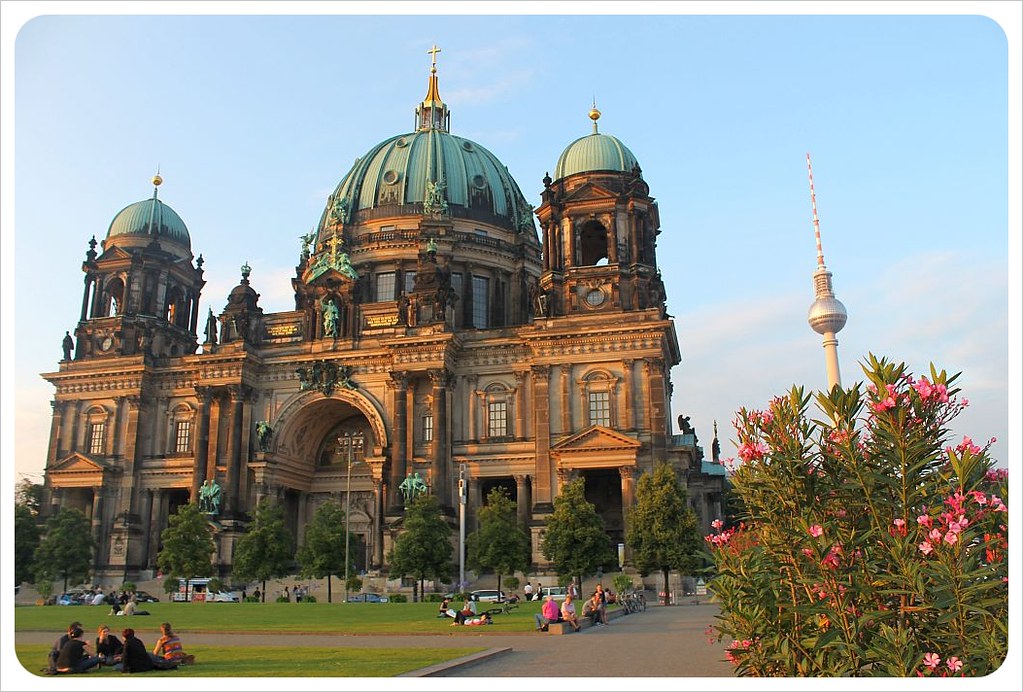 10. Berlin is Fun
No matter what you call fun, Berlin has it. Clubs are open 24 hours (if that’s your thing), you can sign up for a Trabi Safari and cruise around in a typical East German Trabant car. Quirky shops, independent museums with odd collections, markets, Sunday funday karaoke in front of thousands, laying on a river bank all afternoon drinking beers with friends, playing mini-golf just off the 5km landing strip at a decommissioned airport in the center of the city – there is an intellectual sense of humor and joie de vivre in Berlin unlike most other cities in the world. 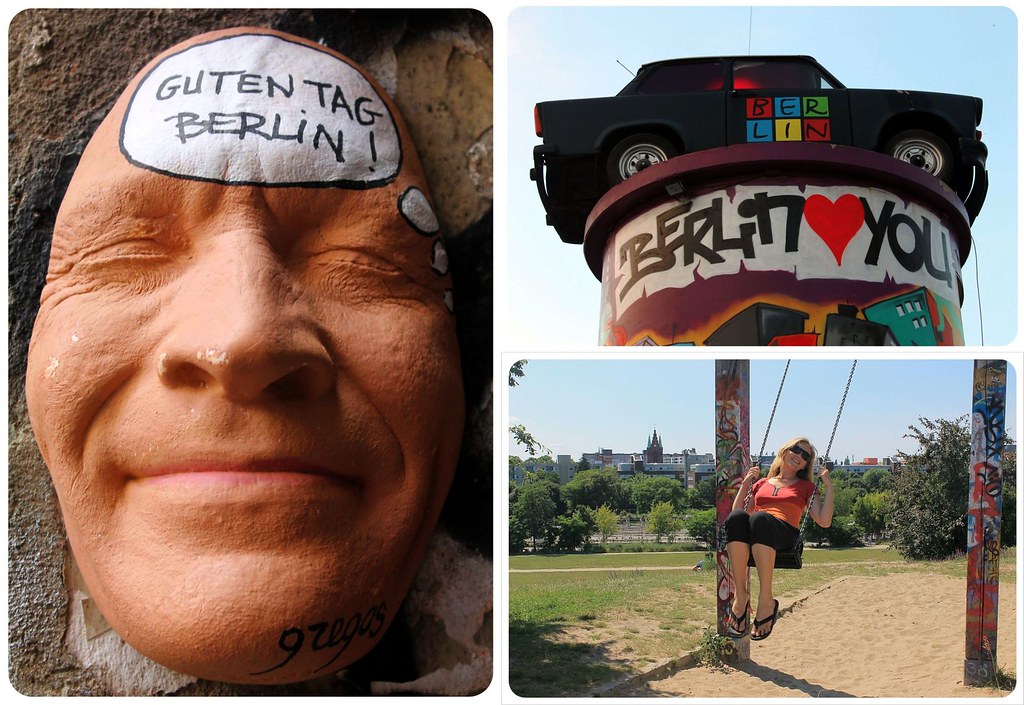 11. Berliners seem to have a lot of free time
There are downsides to Berlin, one of which is sky-high unemployment rates. Many people live ‘on the dole’ here, and gladly it would seem. But because Berlin is also a place where artists, musicians, designers, media folks and entrepreneurs all call home, there are so many people wandering the streets at all times of day, it seems like there are endless amounts of free time to be enjoyed in the city. 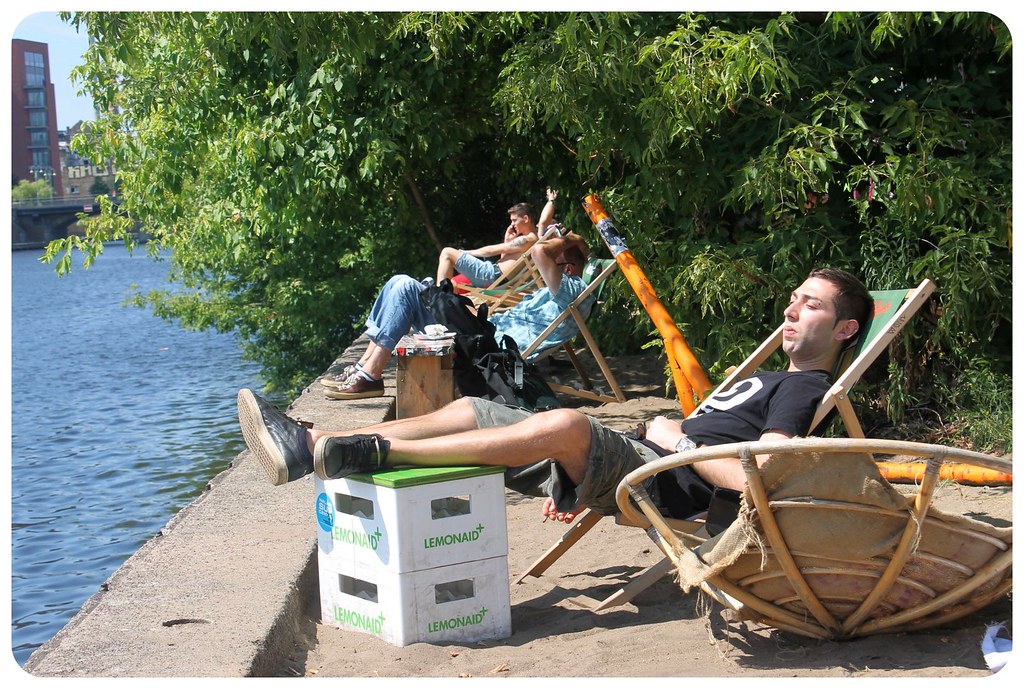 12. Berlin is gritty
This goes along with being unGerman. Unlike other cities, like Munich – where you could eat your bratwurst off the street, Berlin has it’s dark and gritty sides. There are still lots of abandoned buildings and many in need of restoration. Often times, a beautiful cafe or concert space sits behind one of these abandoned looking buildings, too, so you come face to face with the grit, rather than it being relegated to a certain area of town. 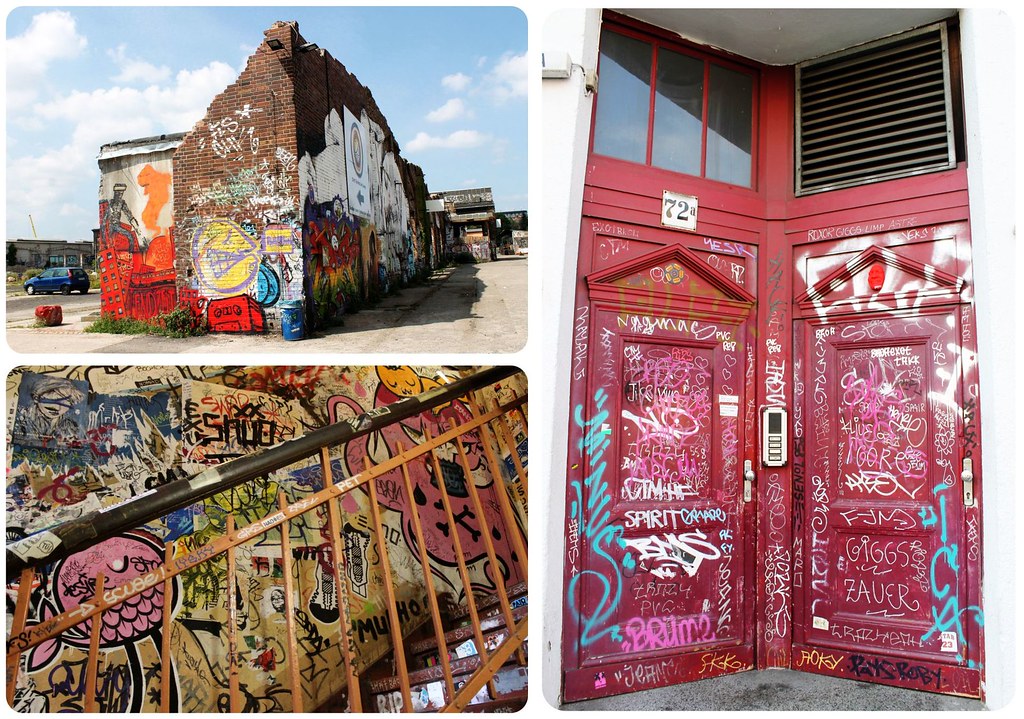 Have you been to Berlin? What were your impressions? Share in the comments below! 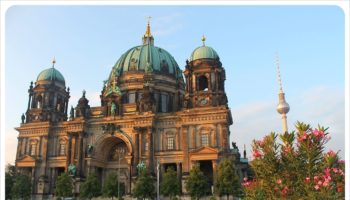