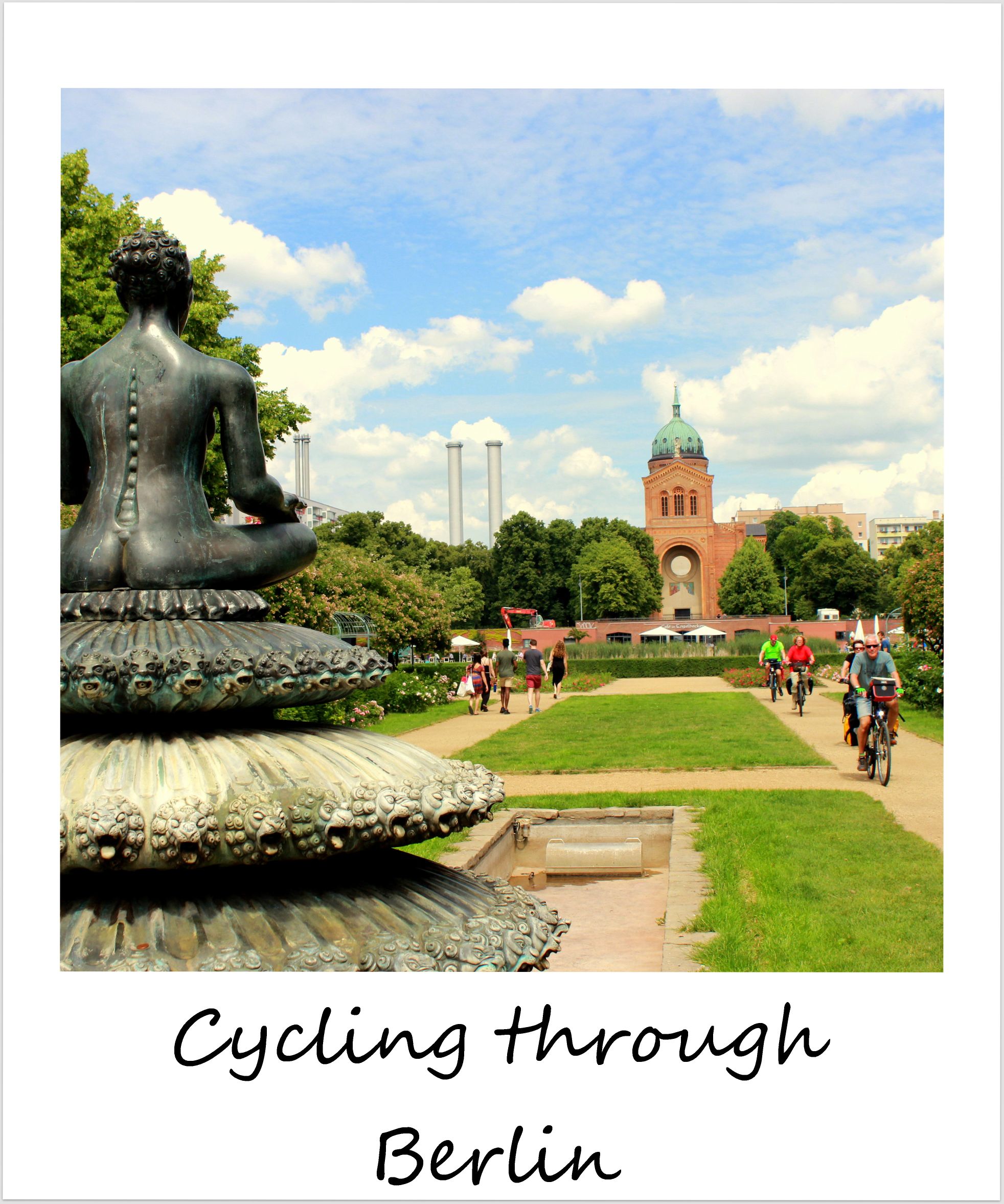 After our amazing first weekend in Berlin, we continued our adventures with more street art, more German breakfasts, my visitor’s (and my!) first ever curry wurst (this was the first time I found a vegetarian curry wurst), sunsets over Tempelhof airport (one of my favorite places in the city), and an epic 20 mile bike ride through Berlin. The city is so enormously big that is impossible to explore it on foot, and since it is a really bike-friendly city with plenty of bike lanes, bikes are a great way too see Berlin. Tiergarten alone (Berlin’s version of Central Park) is big enough to spend half a day there  (or longer) walking along the trails.

We were blessed with beautiful summer weather, cycled from Alexanderplatz to Brandenburg Gate to Victory Column on one of Berlin’s main boulevards, along the canals, and all over Tempelhof which is another one of those places that is too big to be explored on foot. We did get our fair share of walking in this week, however, with the free history walking tour (I mention this tour in my quick guide to Berlin with a few other must-do activities) during which our guide brought us to the iconic Berlin landmarks such as Checkpoint Charlie, the Memorial for the murdered Jews of Europe, the Berlin Wall (again!) and the beautiful Gendarmenmarkt Square.

Highlights of the week? Mustafa’s Gemüse Kebap (a Berlin institution, which I put on my Berlin Must Eats in 2013 and it still totally lives up to the hype), the Turkish market at Maybachufer (I went on both days, Tuesday and Friday), Street Food Thursday, and last but not least: watching Germany win against Northern Ireland in the Euro 2016 soccer championship on the ‘Fan Mile’, a public viewing area with a giant screen right behind the Brandenburg Gate. Experiencing a soccer game with thousands of other fans is such an incredible experience – I am definitely happy to be in Germany for the Euro Cup after watching the last two World Cups in New York where soccer is just not as big as here in Europe.

I didn’t make it to all of my favorite places in Berlin just yet, so stay tuned for next week’s Polaroid with another update from Berlin, and my monthly round-up with all of June’s highlights in more detail.

Polaroid of the week: Sunset over Tempelhof Airfield, Berlin

Polaroid of the week: Reflections of the Berlin TV Tower
Click here to cancel reply.

I have to try this kind of cycing trip, it looks amazing

Polaroid of the week: Cycling through Berlin | SortStyle.com