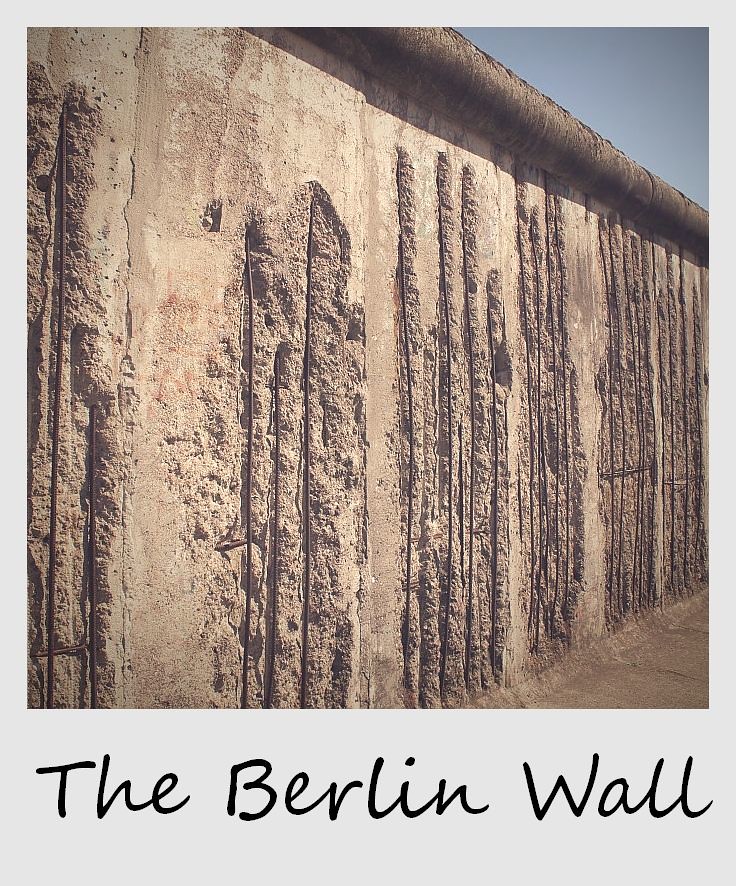 This blank, menacing concrete wall is what Berliners saw from their windows or when walking down the streets of their divided city for 29 years. While most of the wall was chipped away quickly once East and West Germany were reunified, there are still several large sections of the wall throughout the city. The biggest remaining part is now an outdoor art gallery, called the East Side Gallery, which is painted with thought-provoking, clever street art, but several smaller parts look just like they looked when Berlin was divided. The fall of the Berlin Wall is so incredibly relevant to us  – first because we could have never met had it not happened (me being from the GDR and Jess from America) and second, the globetrotting lifestyle we live today makes it so hard to imagine the level of restriction forced upon the people of the GDR at the time.

Because of that we have focused on learning the history while in Berlin and one of the most shocking things for Jess to discover was that the wall only went up in 1961. You just always imagine it as the representation of the political division between east and west, the cold war, capitalism vs communism. The border in Berlin was actually much more fluid from after the end of World War II until then. West Berlin was a strange political island surrounded by communist East Germany, but there was no wall and families with people on either side of the wall could visit each other rather freely. People even commuted and worked on either side. However, within just a few years, living conditions became distinctly different. The West was supported by occupying powers of America and France, and West Germany was quickly catching back up to its neighbors, while the economy in the East dragged and personal freedom was increasingly restricted. People started escaping into West Berlin in the 1950s. The GDR’s solution was to build the Berlin Wall in 1961, construction started literally in the dead of night between August 12th-13th 1961. Many people woke up with a wall in front of their house, cut off from family and commuting to work in the western part of the city no longer possible. Phone lines were even cut.

From that point on, anyone trying to cross would suddenly be imprisoned or shot down and killed. For 29 years this ugly, imposing wall stretched 100 miles, the people living behind it divided from families and contained within the Communist bloc until 9 November 1989, when the GDR announced borders with West Berlin were now open. 11 months later, on 3 October 1990, East and West Germany reunified into one single state.