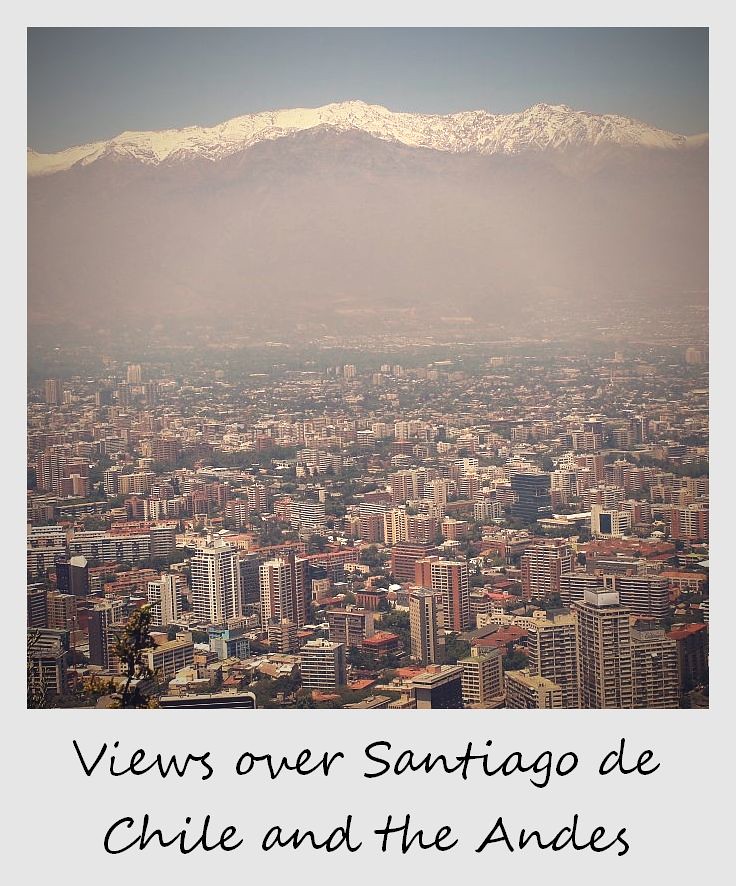 Once our book was published last week, it was time to stop living like hermits and explore our temporary home of Santiago. We set off to get an overview of the city at the highest lookout point: Cerro San Cristobal. This hill rises 300m above surrounding Santiago revealing views of the city and out over the Andes to the east.

There is a funicular railway that transports passengers to the top within minutes, but unfortunately it has been out of order for over three months. So we hiked the hill instead. One hour of steep hiking and thin air later we arrived to the top, or better said, the bottom – we arrived at the feet of a 22 meter statue of the Virgin Mary looking out at the snow covered peaks and busy city streets below…kind of. While the Chilean capital was strategically founded in a wide basin surrounded by mountains to protect against intruders in the 16th century, the industrialization of the 20th and now 21st centuries make ‘views’ of Santiago limited by a heavy blanket of smog.

Our friend Ashley recommended a trip up Cerro San Cristobal after a day of rain, which tends to wash away the smog – this ‘clear’ air was the result. In the winter months with heavier winds, we have been told the air here is much more clear than what we captured in the Polaroid above.