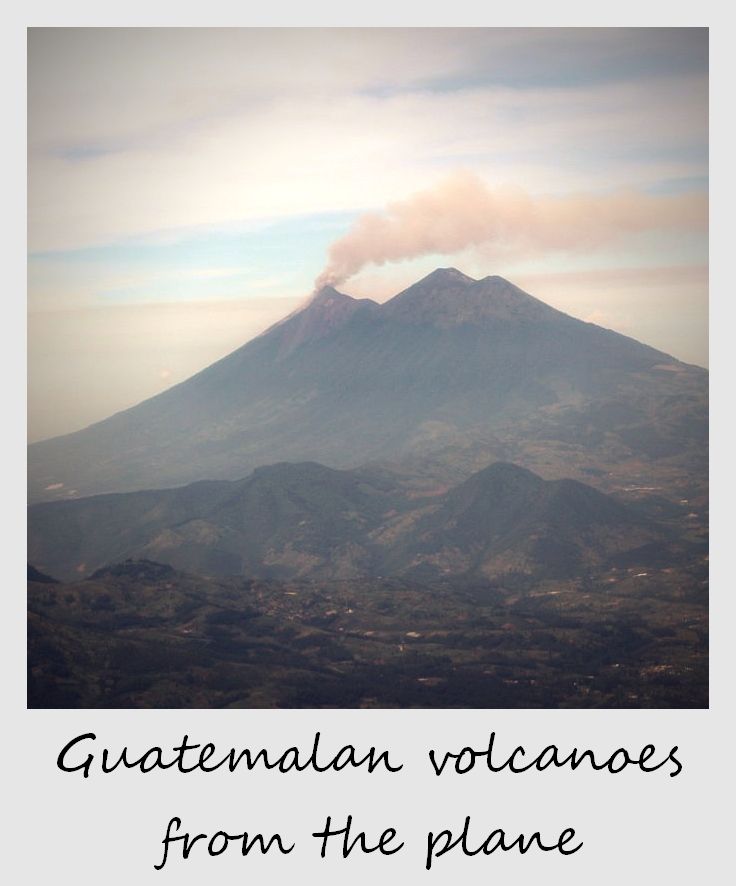 When we left our hotel in Mexico City on Monday morning, we had no idea that we would have lunch in Guatemala! We were scheduled to fly to San Jose, Costa Rica, and only once we checked in were we told about a three hour layover in Guatemala – one of our favorite countries in the world.

As the plane descended towards the airport over Guatemala City, the country’s amazing chain of volcanoes appeared and we wished that we could spend more time here again, not just a short layover at the airport. Looking out of the window, I remembered climbing volcano Pacaya two years ago, and we used to watch the ever smoking Volcano Fuego from the terrace of our guesthouse in Antigua every day. With 33 volcanoes, the country’s landscape is shaped by them.

As we ate ‘comida tipica’, typical Guatemala food, in the airport, looking out at the volcanoes, I knew that we would have to come back here again soon…