The best way to get an overview of a city, especially one that sprawls like  Mexico City, is to see it from above. So we headed to the top of the Torre Latinoamericano, the only skyscraper in the historic center of Mexico City. However, at only 183 m (597 ft)  and 45 stories high, the Torre does not compare to towers in the U.S. or Asia, though respect must be given for the fact that Mexico City is hit with many earthquakes. The Torre Latinoamerica certainly towers over the rest of Mexico City’s skyline. 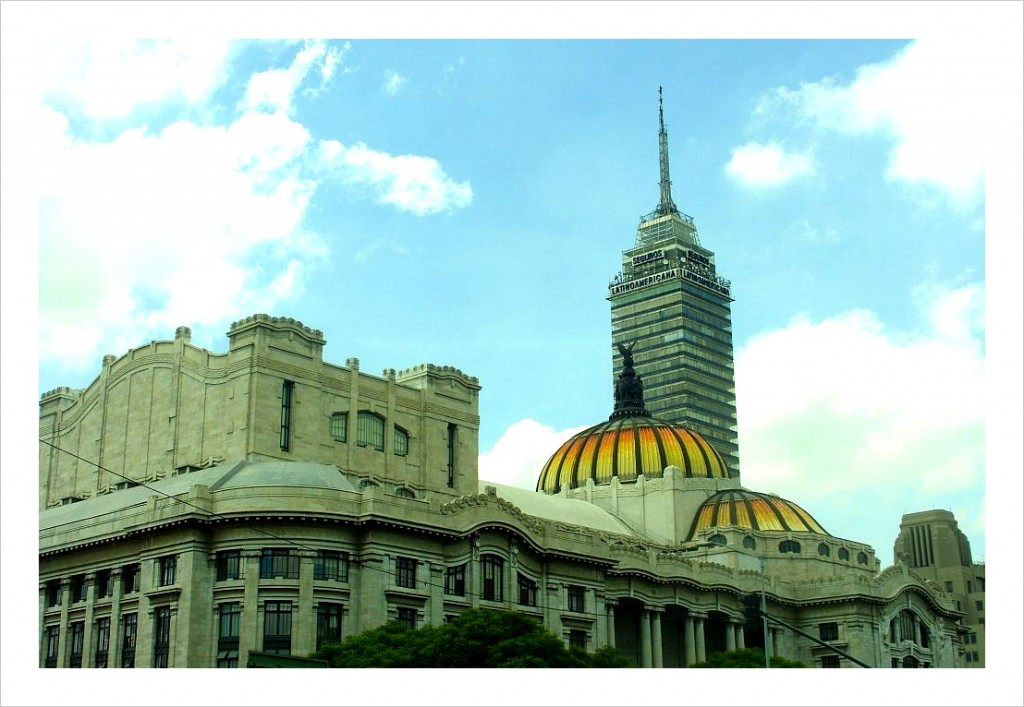 The views from the top are stunning – both daytime and nighttime, as long as the city is not too shrouded in smog: To the  West you see the Alameda Central, a public park with lots of street vendors. The food stalls at the Alameda seen from the Torre Latinoamericano.

Looking East you see the historic city center, the Zocalo (the main square), the Cathedral and the Palacio Nacional.

Mexico City’s Cathedral close-up. It is the oldest and largest cathedral in Latin America.

The Zocalo with the huge Mexican flag and the Palacio Nacional. The Palacio is the seat of the federal government and houses various murals by Diego Rivera, including one of his biggest and most famous, which depicts the history of Mexico stretching from wall to wall in an intricate, elaborate piece. The view to the North offers vistas of the mountains that surround the city. The big building on the right side in the front is the Museo Nacional de Arte.

To the North you can also see the Plaza Garibaldi, famous for its Mariachi gatherings (especially on Fridays and Saturdays), when hundreds of Mariachi musicians congregate and bring the Plaza to life with their music. The Palacio de las Bellas Artes is well worth a visit as it not only shows murals of Mexico’s greatest muralists Diego Rivera, David Alfaro Siqueiros and José Clemente Orozco, but also for the building’s interesting architecture itself.

Located East of the city center is the Zona Rosa, the business district of Mexico’s capital, with the only tall buildings in the city.

The buildings of the Zona Rosa and Paseo de la Reforma covered in smog.

Seeing the lights of the city at night reveals the entire dimension of this 10 million-strong metropole. The fluorescent strip is the Eje Central, the main 6-lane drag that goes from North to South through the entire city. Mexico City view to the North at night. 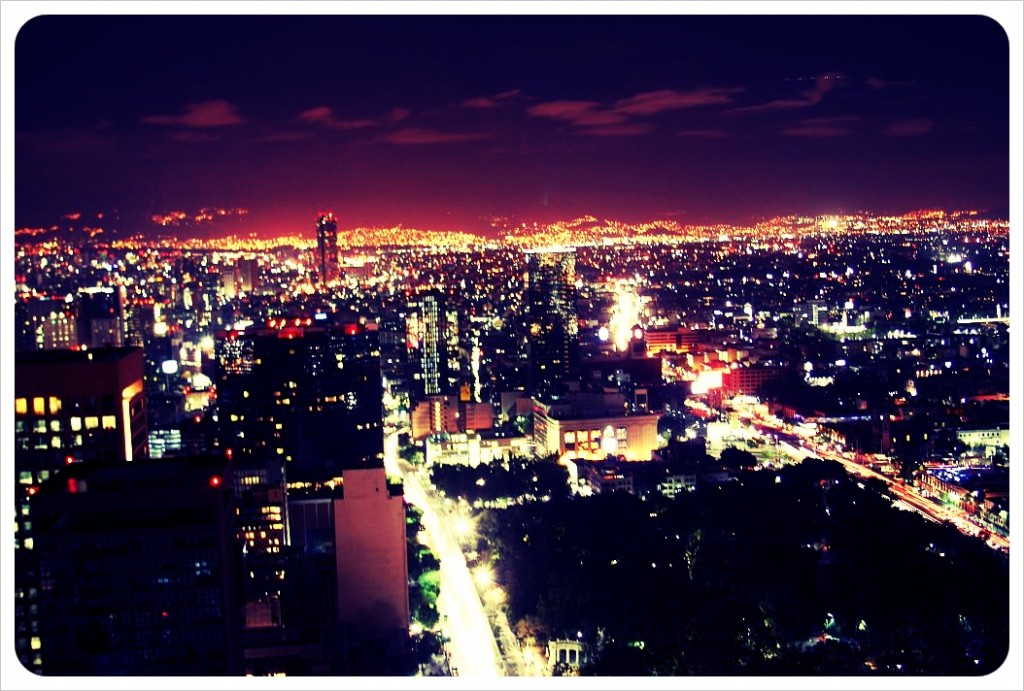 The Tower is open daily from 9.30am to 10.30pm, MX$60.00 (about US$4.50). The entrance fee allows you to go up to the viewing platforms as often as you like on the day of purchase thanks to a colored wristband and includes a museum on the 38th floor which gives more information on the history of Mexico City, the earthquakes and the construction of the Torre Latinoamericana. There is also a fine dining restaurant on the 41th floor. 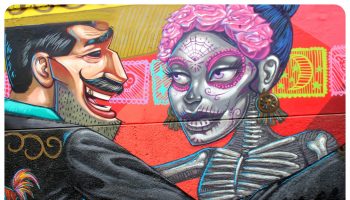 Tips for Buying a Vacation Home