Quintessential San Francisco: Take a ride on a cable car The fact that the locals don’t use the cable cars is most likely due to the limited network. Only three routes are still in operation, rendering the cable cars a tourist experience rather than practical commuter transport. 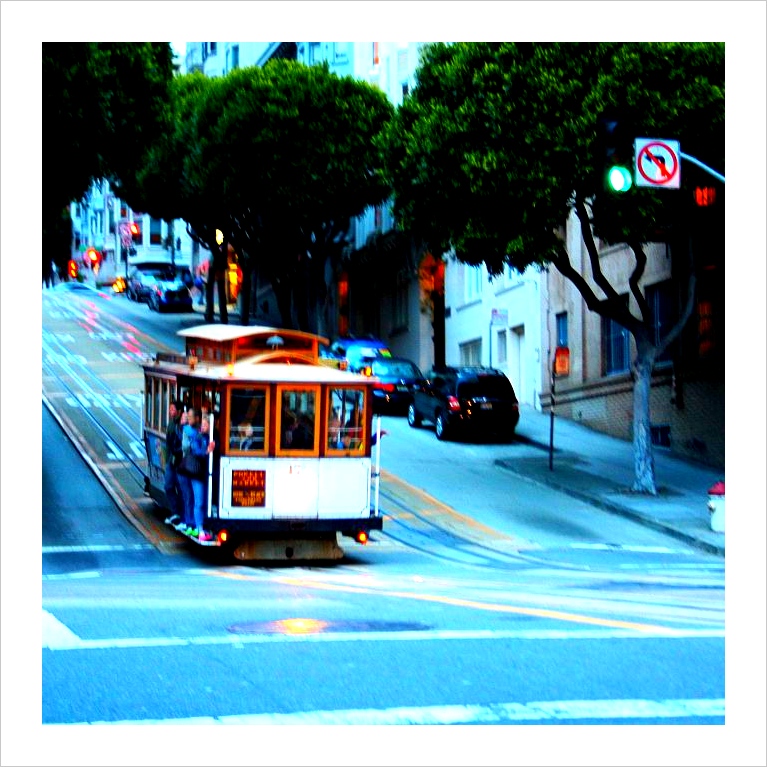 The cable car lines that are still operating are:

The California Line runs east to west, the other two lines run south – north. Both the Powell/Mason and the Powell/Hyde line run from Powell & Market Street on the southern end to Fisherman’s Wharf on the northern end, but they take different routes.

The Powell/Hyde Line runs from Powell & Market to Hyde & Beach. (takes about 20 mins)

The California Line runs along California Street from Drum to Van Ness. (takes just over 15 mins)

The first time around we were crammed into the middle of the car, on a bench with two rows of standing passengers impeding any view other than directly out the rainy window. This wasn’t the typical cable car experience we had been picturing.

Here’s a tip: Wait until dusk when the hoards of tourists trot back to their hotels before you hop on one of the three lines to get a seat on an outer-facing bench so you have your ‘hanging off the cable car’ moment up and down those San Francisco hills. Being crammed inside the packed cable car during the day did have one advantage. We were able  to see how much hands-on work it takes to actually drive these wood and steel trams, as all the gripping and releasing of the cable is done manually. This is such hard manual labor that only 30 percent of those who attempt to become one of these ‘gripmen’ pass the training.

San Francisco’s cable cars are the only ones in the world that are still in operation – and not knowing how much longer they will be maintained, everyone visiting San Francisco should take a ride on a cable car – it’s historic, it’s iconic, it’s a quintessential San Francisco experience. 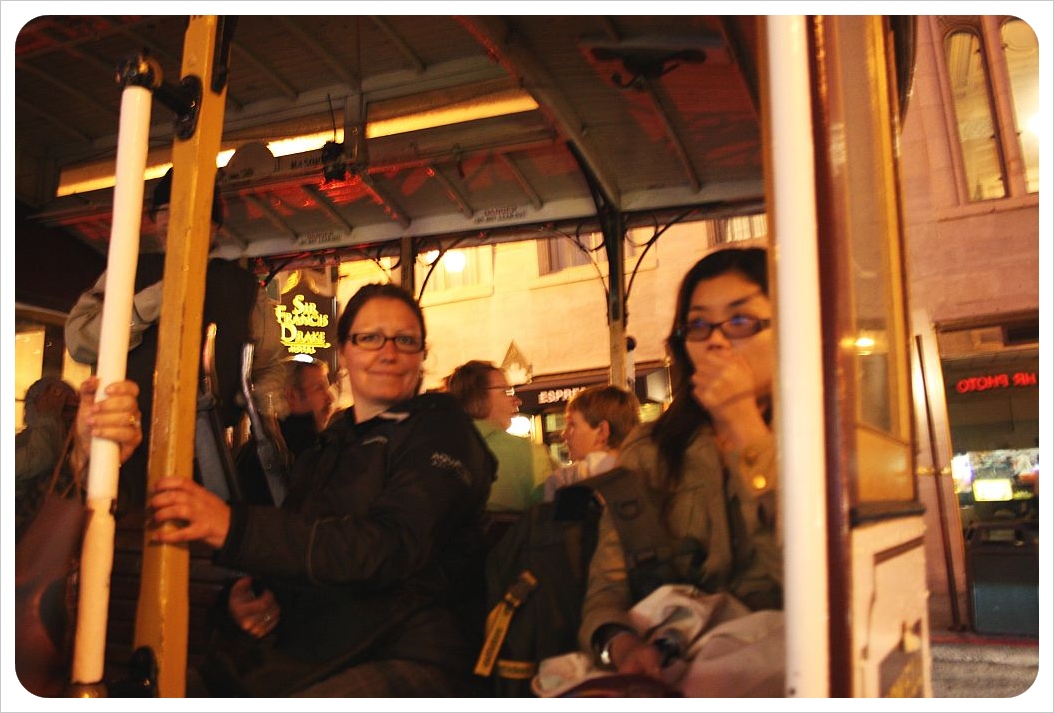 How to ride a cable car in San Francisco

The cable cars run 19 hours each and every day. They run approximately every ten minutes. If you want to take photos on your trip without a lot of people in it, try to get on one of the first rides:

You can get on at one of the turnarounds or at a stop along the line – there are plenty of stops, every two blocks or so. Look out for the signs that say “Cable Car Stop”.

There are only a few seats in each cable car, plus several standing seats – basically hanging on. Those are the most fun spots to ride on, but they can be a bit nerve-wrecking. If you want to sit in an actual seat while riding the San Francisco cable cars, go early, or head straight to the California line, which is the least busy of the three lines.

Tip: You’ll encounter the longest lines at the Powell & Market turnaround, where both the Powell/Hyde and the Powell Mason lines end. Do yourself a favor and get on at the other end or somewhere along the route.

Good to know: Out of the three San Francisco cable car routes, the Powell/Hyde line has the most interesting route. You have the most scenic views on this route and you’ll pass several iconic San Francisco sights, such as Lombard Street. When you ride this cable car, you’ll have the best views sitting on the right side when you get on at Powell & Market, or on the left side if you’re departing from Hyde & Beach. 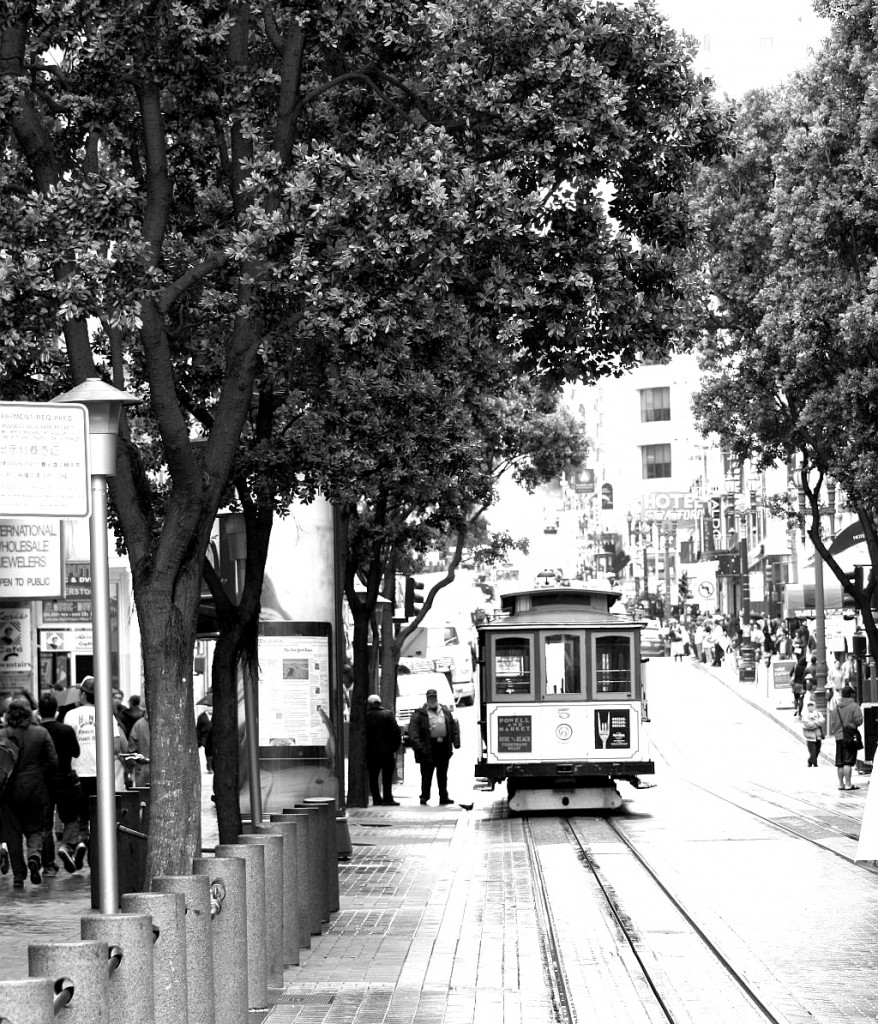 How much does it cost to ride a cable car in San Francisco?

The price for a ticket is now $8. You pay once you get on the cable car. There’s one person on board who’s going around and collects everybody’s fare. It’s possible to pay in cash, by credit card, transit pass or the MuniMobile app.

Important: If you board at one of the turnarounds at the end of the route (Hyde & Beach Streets, Powell & Market, Bay & Taylor) between 8am and 5pm, you will have to buy a ticket at the ticket booth BEFORE you get in the cable car.

Pay less for the cable car: Buy a transit pass. San Francisco offers three different transit passes for visitors: 1 day, 3 days, or 7 days. It makes a big difference if you buy an actual paper pass or if you buy the pass via the MuniMobile app and download it onto your phone. The prices are:

If you buy an actual paper visitor pass, it’ll cost you considerably more:

Note: There’s also a 1-day pass for $5, but that day pass only includes unlimited bus and train rides. At the end of each line, the cable cars are turned around in an old-fashioned way on a turntable – an interesting thing to watch!

If you geek out about the cable cars as much as we did, you might want to check out the Cable Car Museum while you’re in town. The museum houses the cable car power house, which drives the cables, and there are a couple of historic cable cars on display, and you’ll learn the fascinating history of San Francisco’s cable car system and the things that nearly destroyed it (fire, earthquakes).

Tip: The Cable Car Museum is FREE to visit!

Opening Times: 10am – 6pm between 1 April and 30 September and from 10am – 5pm between 1 October and 31 March. Double check opening times if your visit falls on a public holiday. 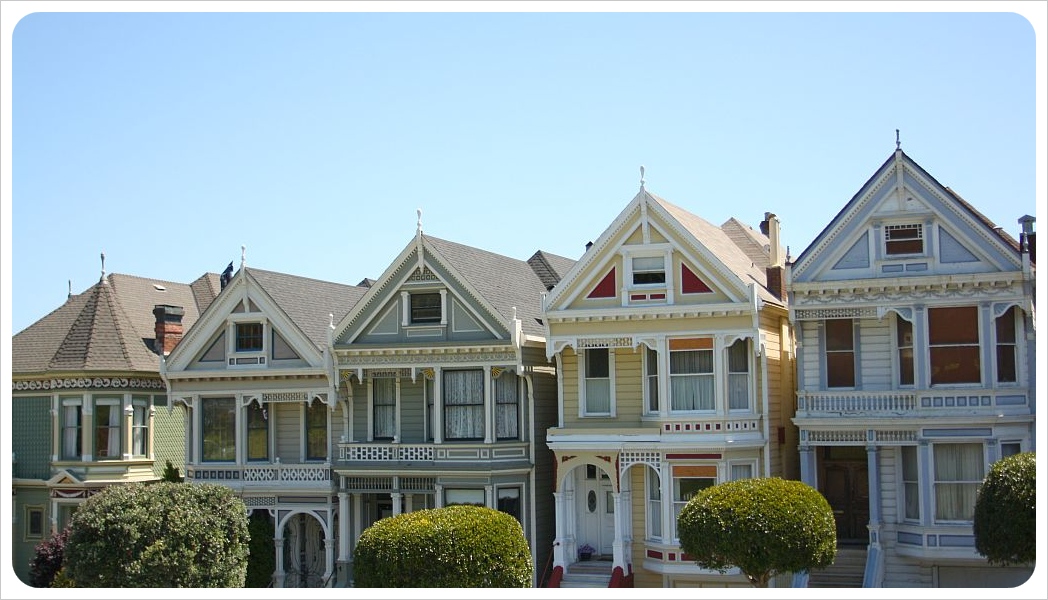 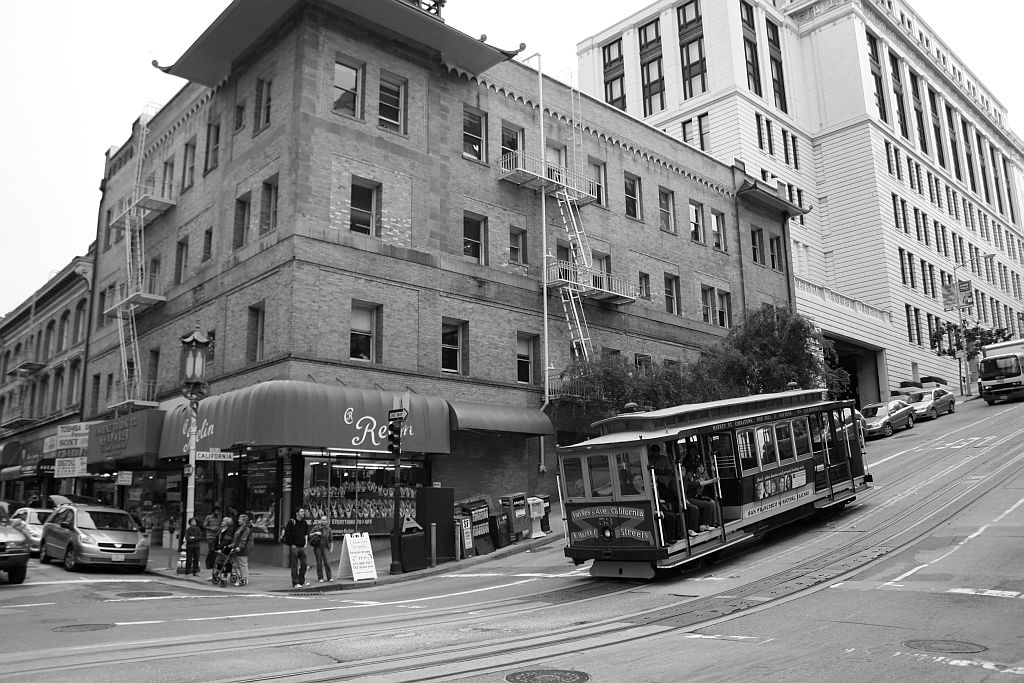