Despite being nomadic for over 900 days, it is actually fairly rare that we fly. In fact, air travel makes up such a low percentage of our travel that certain aspects just seem so bizarre to me.

There is no other time in life where I would arrive two to three hours early to an event in order to ensure enough time to strip off my jacket, shoes and belt and let strangers look at my naked picture – a picture I myself am not even allowed to see – or pat me down in places I tend to reserve for only those closest to me. Bus travel requires none of this touching and patting and seeing me naked, and while train travel requires you to occasionally put your bags on a belt through an X-Ray machine and pass through a metal detector, it is certainly not as intrusive as with air travel.

Yet, every time we fly, we pass through this intimate ritual, only to be left with hours of time to kill before boarding a metal tube which speeds through the air at 37,000 ft. As an aside: until I met Dani I never thought about how flying worked, I just got on the plane and flew to my destination. But her questioning of ‘how in the world this thing stays up in the air’ has caused some questioning on my behalf. Rather than look seriously into the mechanics of flying, I choose to remain blissfully ignorant and just get increasingly nervous on flights. 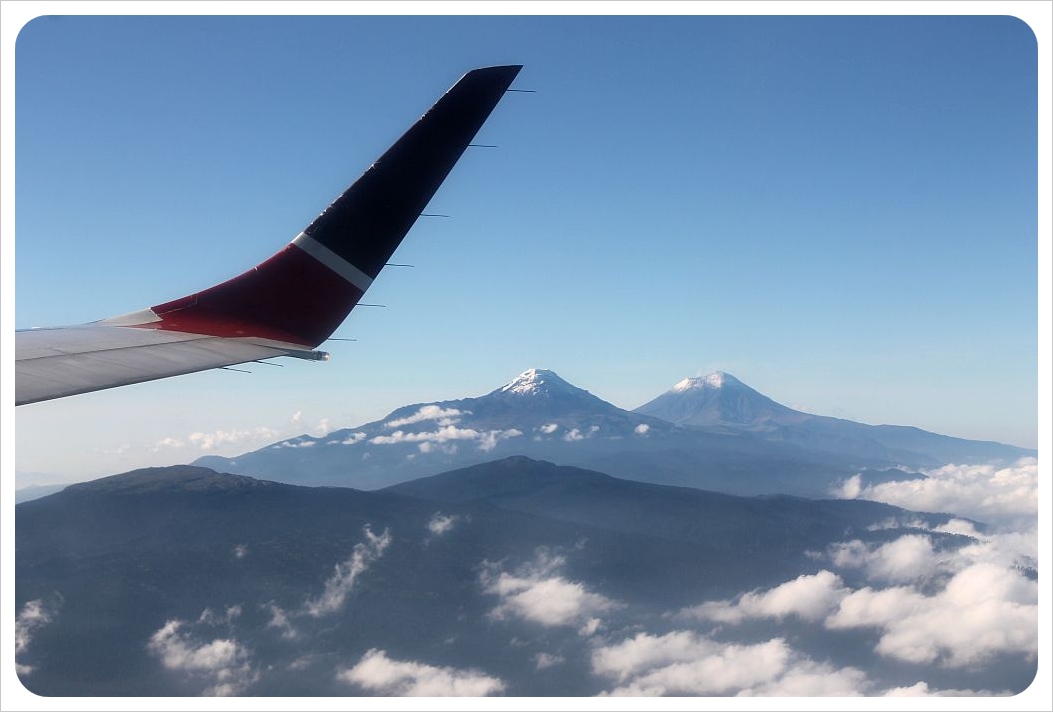 Back to that killing-time-in-the-airport portion of the journey: During this time, there is not much to do but mull around shops and restaurants that charge ten times the price of the same items just outside the airport walls. For those shorter distance or budget flights, if you don’t buy food in the airport, you’ll pay even more on the plane when they have you trapped at your cruising altitude, so I always end up paying a price for something I would never otherwise buy before boarding the plane.

Add on turbulence, sitting in the middle seat in coach, cramped bathrooms and the fact that flight attendants only give out the full can of soda half the time anymore and it’s safe to say that I am increasingly disillusioned by my time on board. I mean, I am actually grateful when tiny rations of mediocre food is included in the price of my ticket – what does that do for my psyche, I wonder. But, we do it. We do it because the airlines have a magic button to push that propels me from Costa Rica to Chicago in half a day instead of ten days by bus, or to Thailand in 24 hours rather than spending a month at sea. 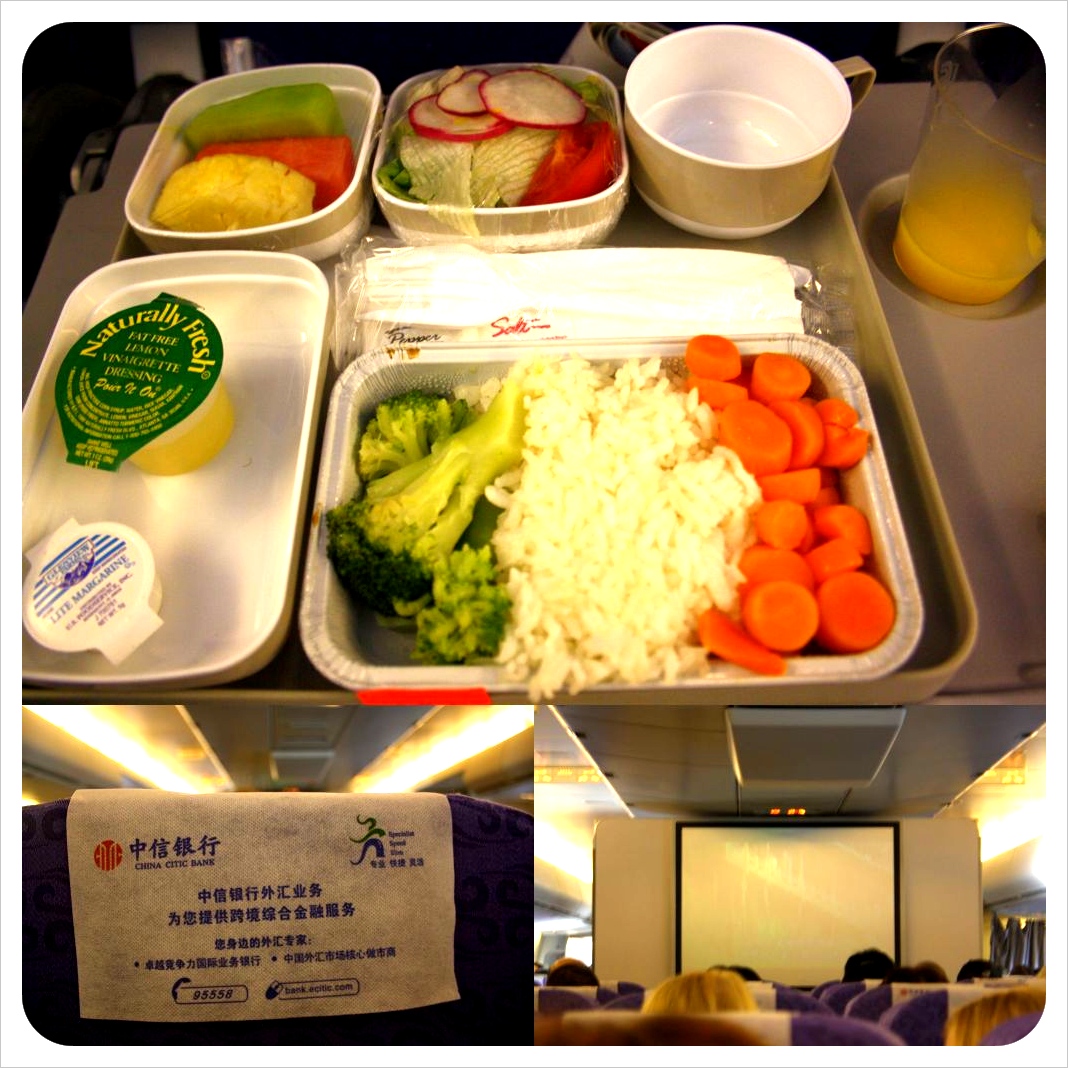 Within the mess, however, there is a silver lining to the experience. It is one that I have come to love so much, I actually look forward to getting the airport. And no, it’s not the fact that this is the only time I purchase actual magazines or wear expensive perfume, nor does it have to do with my theory that calories from Pizza Hut or other fast food restaurants do not count if consumed in the strange inter-world that is the airport.

What I love about the airport is observing the myriad of ways that other people travel.

The cross-section of travelers is so much more varied than bus or train travel, with travelers of all ages, nearly all income levels, styles and religions. The guys with rolled up shirt sleeves feverishly  pounding figures into spreadsheets on their laptops in the same space as kids and even small dogs. I love to be amused by the contrast between the flawless precision of the frequent flyer set and the deer-in-headlights look of families who rarely travel at all. On my recent flight from San Jose, Costa Rica to Chicago, I was thrilled to discover an Amish couple waiting to board the plane. I don’t know about you, but we certainly don’t see Amish people flying often, so I took it all in. She had on a white bonnet and ankle length floral print cotton dress. Her husband proudly wore a straw hat and suspenders, jeans and a striped shirt, with a sleek, strangely expensive laptop case slung casually over his shoulder. They looked as if they had done this many times before. Next to them stood a middle-aged Latina woman, her tight carrot-top jeans and gold-chain belt wrapped tightly around her hourglass figure. Gracefully balanced on 6-inch stilettos, she reached into her Gucci carry on bag, pulled out and applied an elegant glossy pink lipstick that somehow enhanced the way her high cheeks bones looked under her golden Prada sunglasses. As hard as I tried, I could not imagine another context in which these three people could have stood next to each other. Not even other public spaces, like a hospital, because the Amish pair are most likely part of the Amish community of settlers in the Monteverde mountains in Costa Rica, while Señora Gucci must be based in Miami, or Colombia, or in Los Angeles, as Sofia Vegara’s best friend.

I suppose I could shop in the Duty Free stores like others do, but ever since pictures when on the cartons of cigarettes, I can’t stand walking around looking at cancerous tongues or purple feet with missing toes, plus the deals on booze or perfume aren’t even that good anymore. I could go into my VIP travelers lounge and get massages and drink champagne except the only loyalty we show to an airline, any airline, is the fact that we buy tickets and fly at all, so no points or loyalty clubs for us. So instead, I people-watch, creating backstories through observation, while attempting not to get caught staring. I love to try to decipher where people are from based on context clues, and then hopefully have that confirmed by catching a glimpse at their passport as they board. I love to think about the purpose of their trip (where were those Amish people going, anyway?) and what their lives are like back at home.

People are my inspiration for travel in general, so no surprise that this is my favorite element of air travel as well. Some people travel to check off major world destinations like Macchu Picchu or the Great Wall of China, while others travel in order to undertake adventure like swimming with sharks or climbing volcanoes. I do those things too, but what I love most about traveling the world is observing people, whether that be in their own native environment which seems so foreign to me, or when our paths cross locked into an airport and an airplane together traveling from point A to B.

What I wonder is how many of those people I am watching, rushing about and waiting around, shopping at the duty free and eating in those overpriced restaurants, are only there to get from that point A to point B. How many people actually take the time to appreciate the silver lining, any silver lining?

Or…do some of those people actually enjoy stripping down to their bare feet and buying bottles of Smirnoff?

What do you enjoy about air travel? 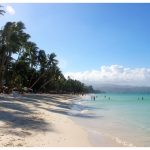 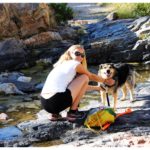 I think I am 'the other people' while at airports. I rush through security, buy magazines I don't intend to read, and try to get drunk as fast as possible in case of turbulence. The coffee is usually no good, but the shopping can be enjoyable at airports! Also the ridiculously bad 'massage' chairs can be an OK way to make 5 minutes fly by..., but their effect is debatable..

While settled on the plane I finally have the time to listen to any new music I have downloaded, but haven't gotten into yet! + movies at long-haul flights are enjoyable, but not when you miss the ending because the flight-time is over.

So I don't enjoy time spent at airports, but I find good use of my time spent on a plane and wouldn't want to be without it :-)

Annie, that's awesome - I've always wondered about those people who just get drunk before their flights. I have motion sickness, so take-off with a boozy stomach is a no-go for me. And we have never sat in a massage chair either. It's funny how different we 'do' the airport - just makes you realize how much the actual airport experience caters to so many different types of travelers. Fascinating!

[...] Globetrotter Girls have a post about what they like about air travel. Before you head over there to check out their [...]

I actually do enjoy flying for the most part. After all, I'm going somewhere and that's almost always exciting.

What does bother me though is being on a long haul flight in economy - trying to sleep is uncomfortable and futile in those tiny seats (and I'm a tiny person too!). It's nice when you get upgraded!!

I'm a curious people person too so I can totally relate moreso to mangle a typically brilliant Louis C.K bit - We should all have our hands in the air screaming "We're in a metal cylinder in the sky!"

Just discovered Louis C.K. (don't know how I missed him, he's hilarious) so will have to go watch a clip of this. I feel the same way :)

I love the thrill of an airport but I would rather take a train any day. That said, there is something I like about being trapped somewhere with nothing to do but watch movies. It's very freeing.

I need to let that freedom happen to me, too. I feel this constant need to work, write, produce, create on a plane. I think I feel this way because there are no distractions, no internet, and silence. But I like your movie option better and will take you up on that on the way to Buenos Aires tomorrow! :)