LGBT Travel Reflections by on 23 comments

As two women, we have no idea how similar or different it is for gay male couples who share our travel style. Thankfully, John and Craig of Flashpackatforty.com have shared their experiences – not only as a gay couple today, but also looking at the stark, yet positive, differences between LGBT travel 20 years ago vs the LGBT travel experience today. They share their story with us here.

I met John over twenty years ago while I was in my final year of study at the London School of Economics. When traveling together in the early years of our relationship, we sought out ‘gay friendly’ destinations, heavily researching each country’s attitudes and laws toward same-sex relationships.

Gay travel way back when: creating the cover story

While the Internet was available in its rudimentary 1.0 stage, there was little information for the gay community. It seems so old-fashioned now, but we relied on the Spartacus printed gay travel guide,the only resource that listed gay and lesbian friendly accommodation, bars, cafes and clubs around the world. While the guide ran to hundreds of pages; for most destinations there were only a thimbleful of establishments deemed friendly. 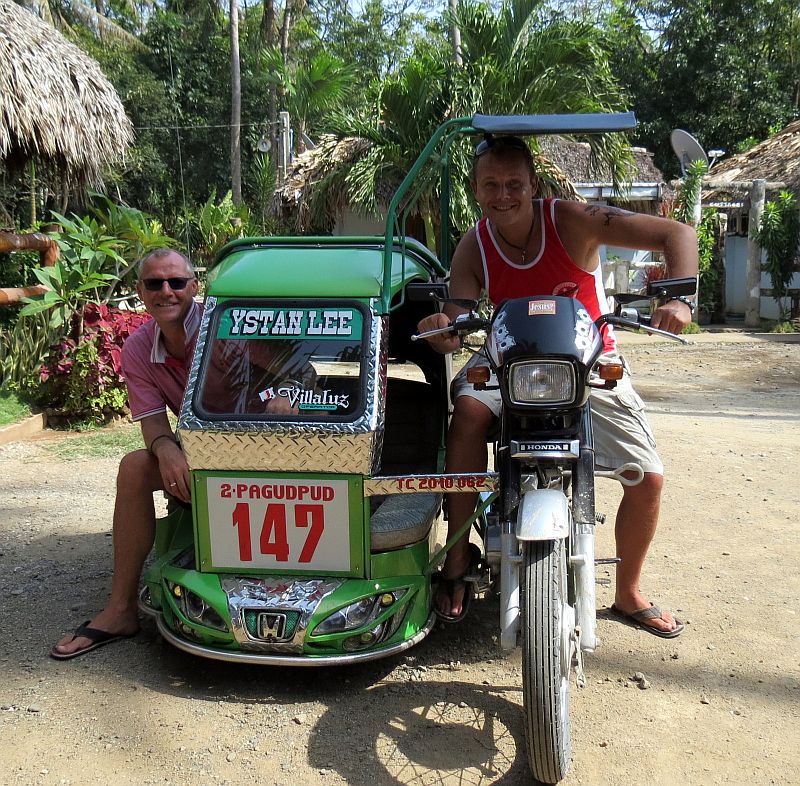 For the most part, however, John and I jumped right back into the closet while we traveled. This included booking single beds (pushing them together each night) and creating an elaborate cover story about being ‘best friends’. We were overtly careful not to show any of the tenderness or emotion that was natural to us behind closed doors. On the beach we would go to great lengths to smear our own sun cream on our backs to avoid any suspicion, make sure the sun-beds were an ‘appropriate’ distance from each other and our conversation was censored to exclude any references to our true relationship.

Even when we did head somewhere from Spartacus, it was often inconspicuously tucked down a back street – no rainbow freedom flags flying outside to help you in those days. These were the only places we could share a kiss or talk freely without having to censor our words.

Whether or not it was necessary to go to such great lengths, we’ll never know. But this mix of personal choice and blunt reality was simply the sensible, safe course of action for us to be able to do what we loved, travel, without any hassle.

When we weren’t traveling, we dedicated a large part of the early days of our relationship working for changes in attitudes towards homosexuality and LGBT laws in the UK. I became Chair of London Lesbian and Gay Switchboard (LLGS) and was appearing with regularity in the UK national print media and on TV and radio speaking on the subject of equality.

One of the highlights of the work we were doing was when the organization received a Stonewall Equality Award in 1994. I was chosen to give a speech at the Royal Albert Hall and the award was presented to me on the organisation’s behalf by Sir Ian McKellen. It was nervewracking but ultimately extremely rewarding, even though the laws for LGBT citizens did not become truly equal until many years later. In 2010 we finally had a small civil partnership ceremony and by 2011 we had quit our jobs and left for Australia to start our ‘flashpacking’ trip around the world.

Looking back at those early holidays, we never thought 21 years later we would be spending the first New Year’s Eve of our round the world trip in Sydney, kissing and hugging each other as fireworks exploded in the distance. Now ‘out’ full time, we were sipping champagne in a wonderful party atmosphere, happy just to be ourselves.

Nowadays we don’t choose a travel destination based on its laws. If we did, we would have skipped some great trips to places like Malaysia, Singapore, Sri Lanka, Burma, Egypt and Morocco. We do not invoke our ‘in the closet’ alter egos, but we don’t don rainbow flag pride shirts, pink hot pants and go skipping up the high street in Dubai arm in arm, either.

We remain respectful to local customs and laws, and obviously encourage anyone else reading this to do the same. However, we now travel with a new confidence that the world is changing around us both culturally and legislatively. With increasing anti-discrimination and equality laws in our own country, we have the confidence that if something were to happen to us as a result of our relationship, we would at least have the support of the government back home and likely a local LGBT group – they exist in even the most restrictive countries.

Choosing to boycott countries that don’t legally or culturally support our lifestyle would be a major mistake, and an experience we had in Malaysia taught us this important lesson first hand. Malaysia has an interesting culture of tolerance, with high proportions of Chinese, Indian and other Asian backgrounds all living together in one country.

Meeting gay people around the world

In general, our experience here, with the exception of a few strict Islamic areas, was extremely positive and welcoming; we shared double beds in accommodation without too many questions or ‘queer’ looks.

While on a small Malaysian island, John got talking to a waiter in the bar one day while I went out diving. The conversation started with the standard questions about where we were from, how we knew each other, but soon got a little more personal and inquisitive until he asked if John and I were together. John decided to give him the honest answer. If someone is perceptive enough to even think to ask if we are together, they must be open to hearing the truth.

The waiter then told John that he was gay, too, and over the next few days, during long conversations, we learned of his personal struggles with his family’s attitudes, his difficulty with his friends and work colleagues when trying to be himself, but having to live behind a veneer of heterosexuality for fear of rejection. He said that the regular influx of open minded tourists and the occasional gay traveller allows him to be free and chat with like-minded souls.

It reminded me of myself some twenty-five years ago. I knew I was gay, but had no one to talk to about it. I, too, felt lonely and isolated. At the age of nineteen I wandered to a little used phone box near my home and dialed the number of London Lesbian and Gay Switchboard. For the first time in my life I told someone else who I really was and spoke to someone else who had the same feelings as me, thought like me and most importantly then, did not feel ashamed about it. The difference that moment made in my life was what led me later to join the organization to help others. Today locals who still feel this way have technology and social media to become a part of a community, albeit online. Being open and out while we travel means we become that comfortable sense of in-real-life identity that so many gays and lesbians are looking for. 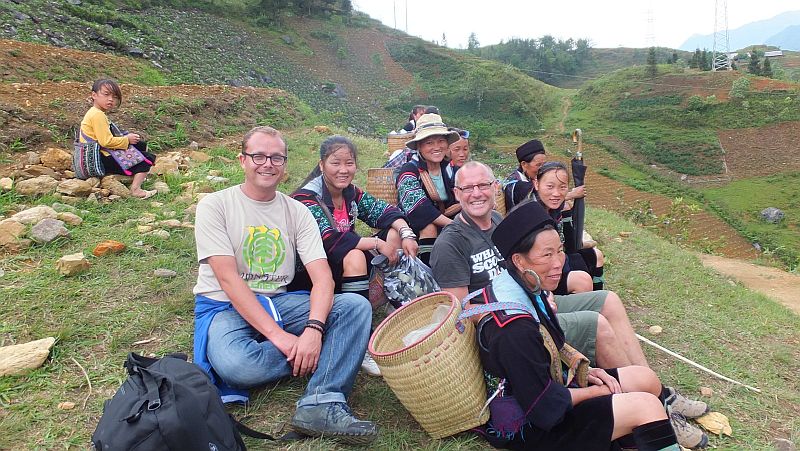 Staying out even during the awkward hotel check-in

Traveling openly as two gay men can be awkward at times, of course, especially at the hotel check-in, but we’ve never been refused a double bed together. In some cases the over ‘helpful’ receptionist does question our choice of sleeping arrangements.

Us: “Hi, we have a booking in the name of Hickson.”

Receptionist: Consults computer screen and a quizzical look appears on his/her face, local language skills not necessary to interpret the frown or awkward look as they prepare their response.

“Oh yes, you have booked a double bed, we have a twin room available”?

Us: “No a double is what we booked,” we say through a smile in our best non-confrontational way.

Receptionist: Face looks really confused and suddenly finds lots of interesting keys on his/ her keyboard to press. Eventually finds a key and hands it over without making eye contact.

To be clear, we have met the most wonderful and accepting people and haven’t encountered any open hostility or homophobia towards us so far on our trip. This has felt like a verification just how much things have changed from when we first started vacationing together over two decades ago.

However, there are some people who are not sure how to understand our relationship. When we get questions like where are your wives, how many girlfriends do you have, are you brothers/cousins, we are in agreement with our fellow GlobetrotterGirls guest poster Aaron who advocated in his story on gay travel in Egypt ever so slightly stepping back into the closet just a bit, albeit with the door slightly ajar.

If someone is not comfortable with asking if we are gay, or the possibility does not even register, then we do not feel there is any real value in discussing our relationship with a stranger when we are very much outside of our comfort zone. Although it stuns us that people can’t see that we interact with the same love and attention that a husband and wife would, from experience it is still just quicker and can be less confrontational in certain societies to not broach the subject at all.

In the case of the gay Malaysian bartender and others we have met like him, however, we have found that living our lives out in the open on the road has the potential to help others, and has certainly taught us how to flashpack authentically as we travel the world. John and Craig have been writing their Flashpacking Travel Blog since starting their round the world trip in 2011. The blog shares their travel experiences and provides information and tips about the destinations they visit. You can also follow their journey on Facebook or Twitter.

We’d love to hear your thoughts and experiences, too, so let’s keep the conversation going here in the comments as well!