As budget travelers, taking a bus to get from Las Vegas to Los Angeles seemed a fabulous idea. When we found a bus company that offers five to six daily trips between L.A. and Vegas for only $30 one-way, we booked right away. What we didn’t realize was that after a 30 minute detour of being stranded in the desert and one unscheduled stop to drop off what we think was a family friend of the driver, this bus ride prepared us for the ups and downs of the type of travel coming to us in Central America. 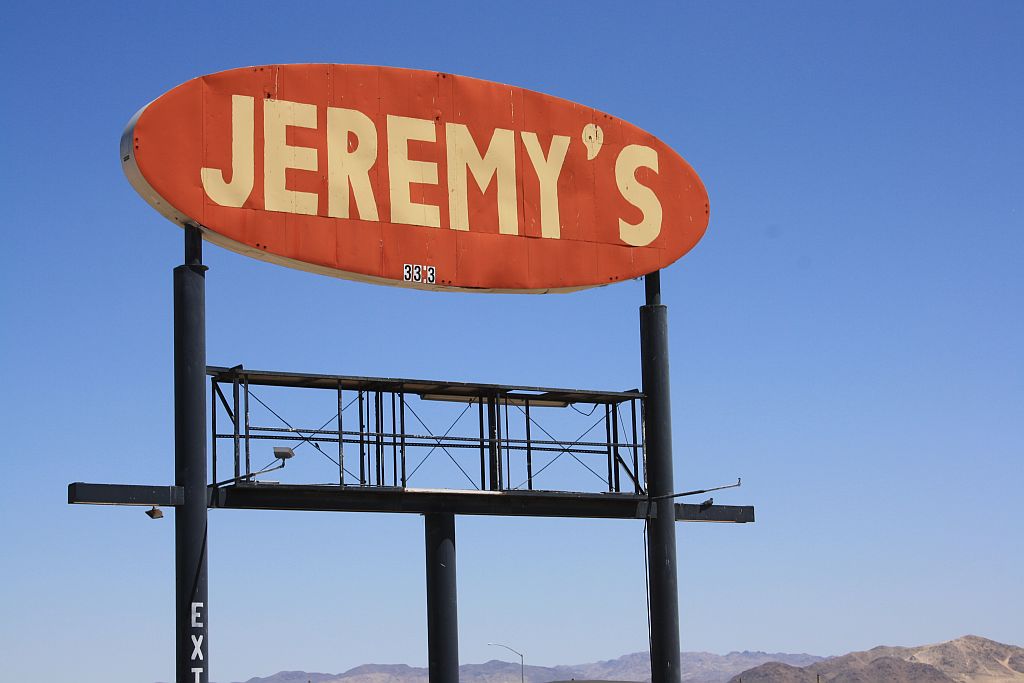 The natives, ie, Jessica’s fellow Americans, look down a bit on bus travel, so it wasn’t a surprise that we got our fair share of “You’re taking a what to Los Angeles? Why not fly, or drive?!”. Slightly stubborn and set on our money-saving ways, we waited proudly in line waiting for our public transport  to pick us up at the Stratosphere hotel  in Vegas.

When the bus pulled up, it was not a long-distance coach, but more like an inner city public bus. At the point when we discovered our driver didn’t speak even a word of English, it did not bother us in the least. That is, until after a rest stop smack in the middle of nowhere, when we crawled back on the highway at 40mph and rode the shoulder for 20 minutes without any announcement being made. The only other people who seemed to notice were the Australian backpacking couple who boarded bright-eyed with stars in their eyes. The rest, commuters who regularly take this trip, didn’t raise an eyebrow. In fact, our nearest neighbor kept her headphones stuck in her ears, continuing on with her high, off-pitch singing of classics such as “I’m Every Woman” by Whitney Houston and several hits by the Commodores.

After moving to the shoulder and driving at a snail’s pace for twenty minutes, we finally found ourselves at a near-deserted tire service in the middle of the desert. It was the only building around for miles and the fireball in the sky was burning down at well over 100 degrees. Our driver could not communicate with the passengers and we had no idea whether we would continue and if so, how long it would take until we set off. We thought this an appropriate initiation ceremony to our new lives as permanent travelers…Go with the Flow! The commuters might have been angry about the delay to their journey, but for us this was first time that we realized that we’re actually on the road, and our trip had begun! This was only the first many bus rides, one of many delays, one of many adventures. Polaroid of the week: The otherworldly scenery of the Atacama Desert
Click here to cancel reply.

I get more jealous of your travels with each post!