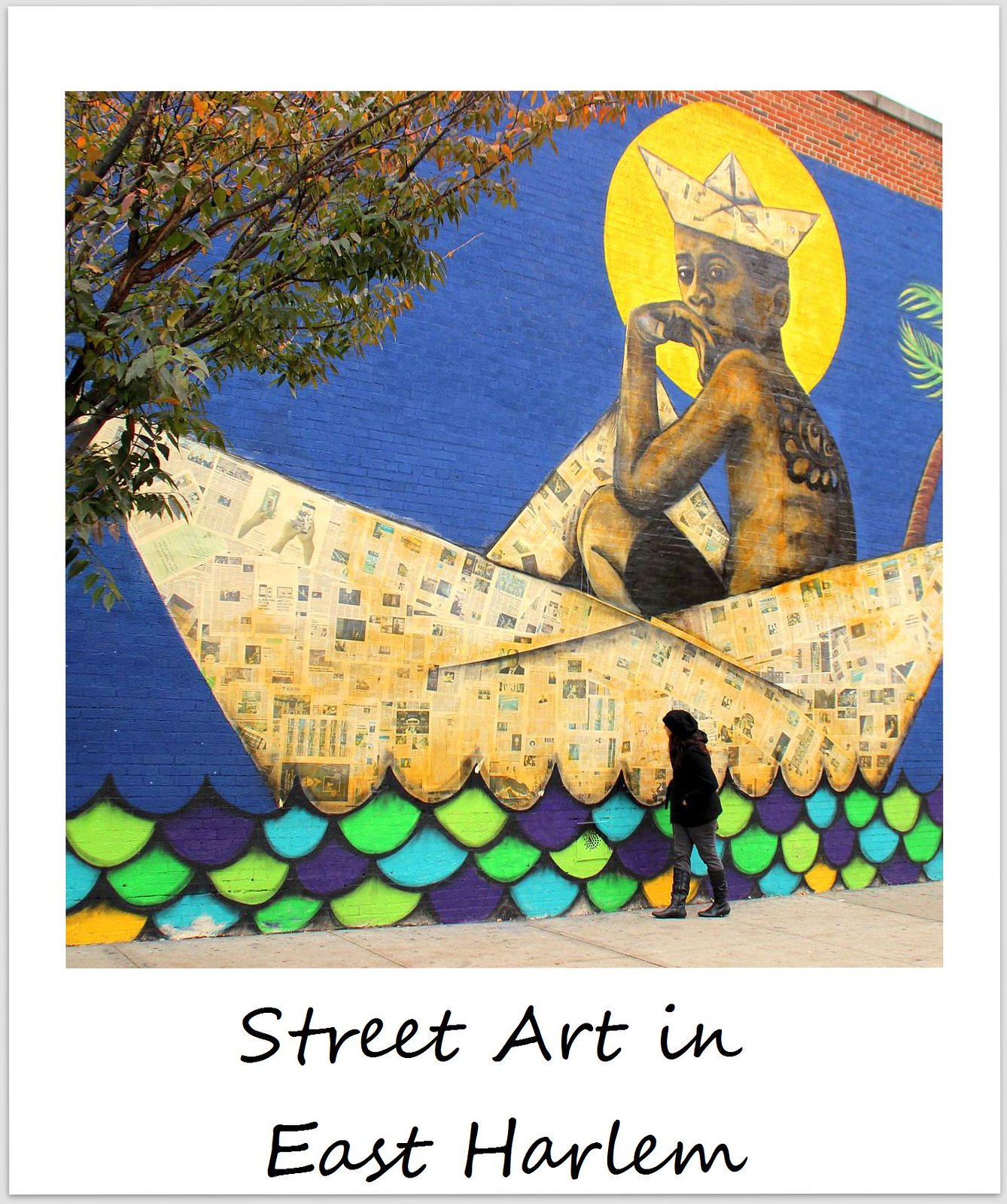 If you’ve been following this site for a while, you know that I am a huge fan of street art. And one thing I love about New York City is the thriving street art scene here. And while it is officially illegal, plenty of commissioned pieces can be found all over the city, with giant murals in Bushwick, lots of stencil and poster art in Williamsburg, and pretty much every well-known street artist having painted somewhere in one of the five boroughs, be it Belgian artist Roa, Britain’s Banksy or Os Gemeos who hail from Brazil.

The greatest thing about New York’s street art scene is that it is always changing, with plenty of bare walls longing to be painted on, and I love wandering the neighborhoods in search of new pieces. And I’ve arrived at a perfect time this fall: There was a recent invasion by French artist Invader, and there was the MonumentArt mural project in East Harlem, for which a dozen international street artists took over walls of (mostly) schools in East Harlem and the South Bronx a couple of months ago, transforming them in giant pieces of art.

That gave me a good excuse to finally check out East Harlem’s vibrant street art and mural scene, about which I had read a while ago here, and had on my list of places to explore. Armed with a map in which I had marked down the locations of the new murals, we went on a street art walk through Spanish Harlem and loved all the new pieces (you can find all of them in this article, along with some background information on the project and the artists). It was hard to pick a favorite for this week’s Polaroid, considering that MonumentArt includes a new mural of one of my favorite (and very few female) street artists, Faith47, this Nicholasa Mohr portrait and a wonderful new Roa piece, but this little boy in the boat (pictured) by Viajero, who I hadn’t heard of before, captured my attention. It is only his third mural, but I love the precise details, the pensive look he put on the boy’s face, and that he used real newspapers for the paper boat. I couldn’t help but thinking of all the kids that I read about in the papers when I was in Europe this summer, who had tried to make it to Europe in tiny rickety boats, often cramped and overcrowded, many losing parents or siblings in bad storms, many of them never making it to the safe shores of Europe.

If you want to see these pieces for yourself, you can find a map with (almost) all the MonumentArt locations here.

Polaroid of the week: Harlem Meer on a sunny December day
Click here to cancel reply.