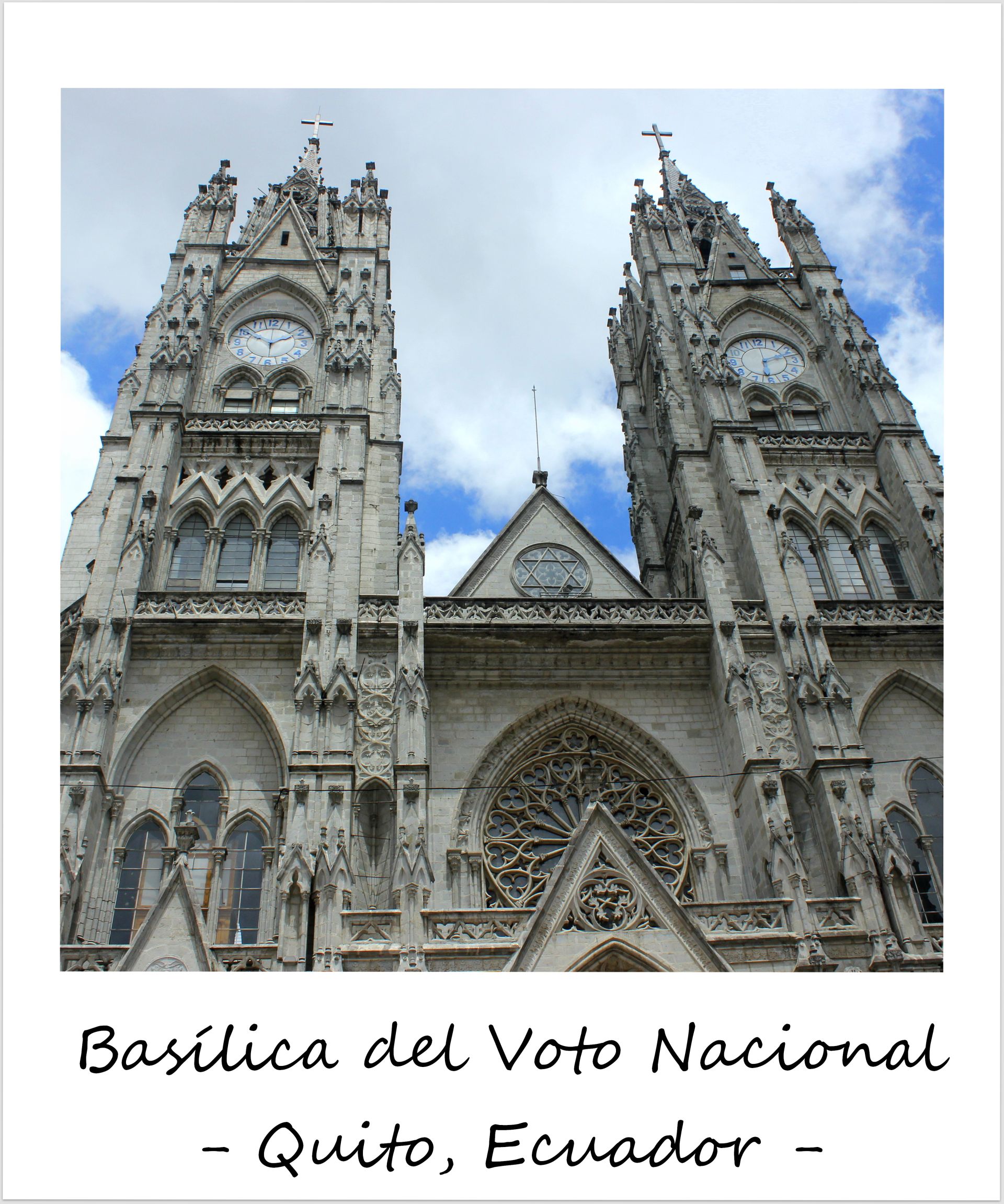 I’m back in South America! And it strangely feels like I’ve never left, even though it’s been nearly eleven months since I said goodbye to Colombia. But considering I was in Mexico until mid-April and then again a whole month in November, it shouldn’t be too surprising that everything feels strangely familiar.

There were a few things though that made Quito, my first stop in Ecuador, feel different: 1) there are many women in traditional native dress, with long skirts and braids, hats and colorful shawls, which remind me a lot of the native dress in Bolivia.

And 2) The altitude! Quito is the second highest city in the world (only La Paz sits higher), and with an altitude of just over 9,200 feet I definitely felt the affects of it. I don’t think I’ve been to a place that high since traveling around Bolivia three years ago.

I’ll leave my thoughts on Quito for a separate article, but let’s just say I didn’t really connect with the city. That doesn’t mean I had a bad time here, but I didn’t see anything truly amazing and didn’t feel like I needed to spend more time here than the 4 days I had in Quito. I wandered the streets of the historic Old Town (a UNESCO World Heritage site), I visited several of Quito’s stunning churches including the Basilica of the National Vow, pictured, which is he largest neo-Gothic basilica in the Americas. I went to the new part of town (where I had an amazing Ecuadorian hot cocoa!), I went to the city’s biggest park and roamed the central market, and while all of that was nice, it just didn’t feel very special. Maybe it was the chilly weather (temperatures in Quito are in the 60s year-round) and the fact that it rained every day (thankfully not all day), Quito just didn’t wow me. I will be back in Quito at some point to use it as a base while taking a couple of excursions (I am planning to take a mountain bike tour of Cotopaxi and to visit the famous Otavalo market) – maybe I’ll warm up to Ecuador’s capital then.

Next stop: The Galápagos Islands!

Polaroid Of The Week: A stunning sunset over the Bosporus | Istanbul, Turkey
Click here to cancel reply.

I'm pretty sure there's plenty of higher cities than Quito. The Wikipedia article for "List of highest large cities" lists more than ten cities higher than Quito in Peru, Bolivia, and China.

Ooops, yes, that should've been 'capitals', not cities! I am pretty sure that La Paz is the highest capital in the world but now I'm going to double check that again ;-)

I think Dani meant that is the second capital city with the highest altitude, which is true. That of course can change according to your posture with Lhasa, Tibet.