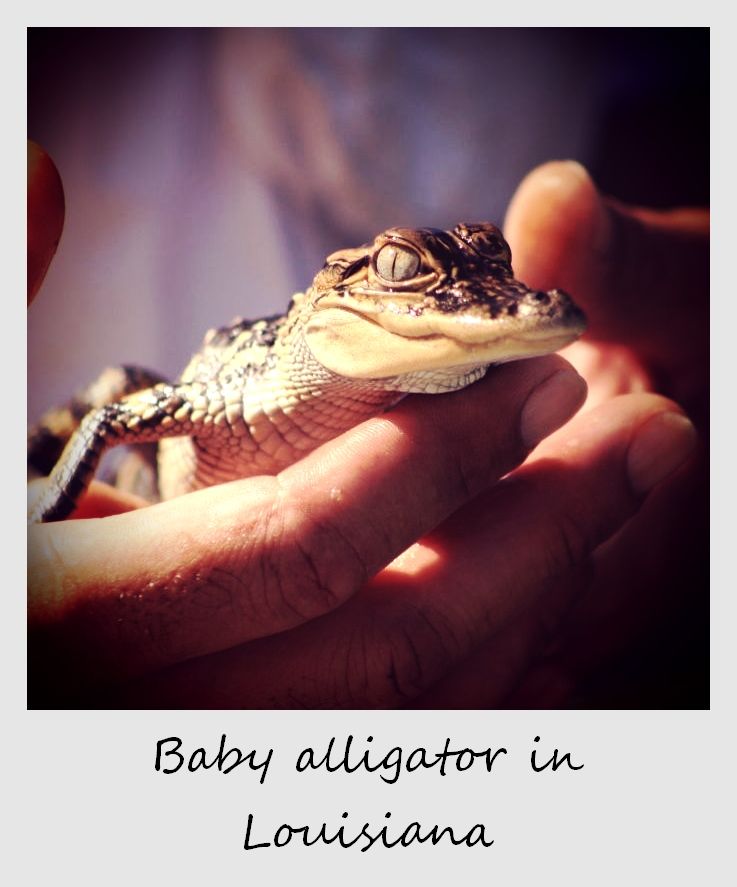 It’s easy to get sucked in to the buzz of New Orleans proper, but one of the best things we did was to get out of the city and go on a swamp tour with with Cajun Encounters.  The small tour boat seated 12 of us, plus Captain Mike, who led us along the wide, rushing river where we saw alligators floating lazily or perched passively on the riverbed. Then Captain Mike steered us into the eerily still inlets, where we spotted graceful water birds and searched for smaller animals until Mike brought out Brian, his tiny baby alligator who is tucked away on every trip out on the river!

Brian is six months old and was rescued just after he was born. Tiny Brian is an easy lunch for some of the massive water snakes and other wildlife, so he will be released into the water in a few years after he is big enough to fend for himself. For now, he seems to be perfectly content basking in the adoration of boatloads of swamp tourists, each taking a turn to hold and be photographed with this little guy! Captain Mike just better be careful, as there were plenty of jokes about sneaking this cutie home in a couple of purses…that will probably taper off when Brian isn’t so ‘bite’-sized, though.

Polaroid of the week: Sunset over the Mekong River in Luang Prabang, Laos
Click here to cancel reply.