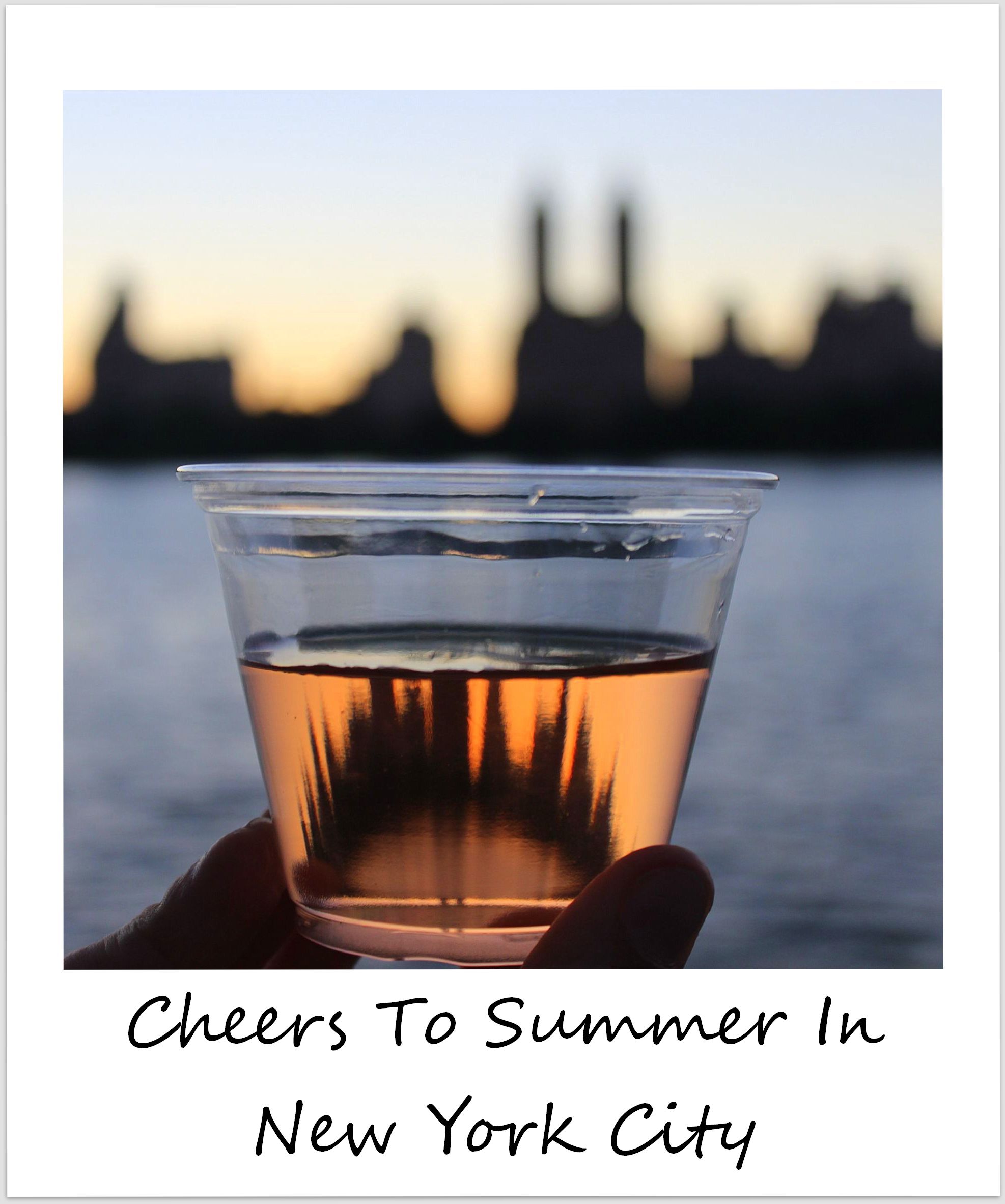 This past week was all about Central Park! I was staying a couple of blocks away from New York’s largest (and most famous) park, and so I ended up there for one reason or another every single day. There were runs in the park (it was Central Park, by the way, where I became a serious runner and finished my first race in 2010), several writing sessions on a blanket in the sun (those are the times when i love being a freelancer), a picnic and tour of the park which I shared on Snapchat (my ID is mariposa2711) and, pictured above, an epic sunset session with cheese and wine, a game of boule and a catch-up with my fellow travel bloggers Caroline and Kristin.

As much as I love Prospect Park, Brooklyn’s answer to Central Park, close to which I’m usually staying, the majestic feel of Central Park is just unrivaled: The views over Manhattan’s skyscrapers from the rocks or from Sheep Meadow (best enjoyed with a cookie from Levain Bakery on 74th and a coffee from Le Pain Quotidienne inside the park, just behind Sheep Meadow), Belvedere Castle and the nearby Shakespeare Garden, the Conservatory Flower Garden, the many lakes and ponds, (including the turtle-filled and aptly named Turtle Pond, my favorite!), hidden waterfalls, the symmetry of the Mall and Bethesda Terrace with its gorgeous tile work. Of course Prospect Park has similar things to offer, the beautiful boathouse for example, the wilderness trails that are not unlike Central Park’s northern forest, an ice rink, but if I had to pick a favorite, Central Park would win!

Have you been to both parks? Which one is your favorite?

Why Go on a Tour of Central Park When You are Visiting NYC? | GlobetrotterGirls

Central Park is perhaps my favorite place in the world. The view across The Lake towards the beautiful San Remo towers, the Conservatory Pond with it's miniature yachts, the tranquil Conservatory Gardens ( oft overlooked by tourists as at the north eastern end of the park) and listening to singers with in the amazing ly acoustic Bethesda Terrace. Love the views from the southeast Pond too.

Kathryn - It's such an amazing place, right? And yes, the singers with that amazing acoustic there. Now I am kicking myself for not making it down to Bethesda Terrace once during my visits to the park this summer. Well, there's always a next time... :)

Polaroid Of The Week: Cheers To Summer In New York City | SortStyle.com