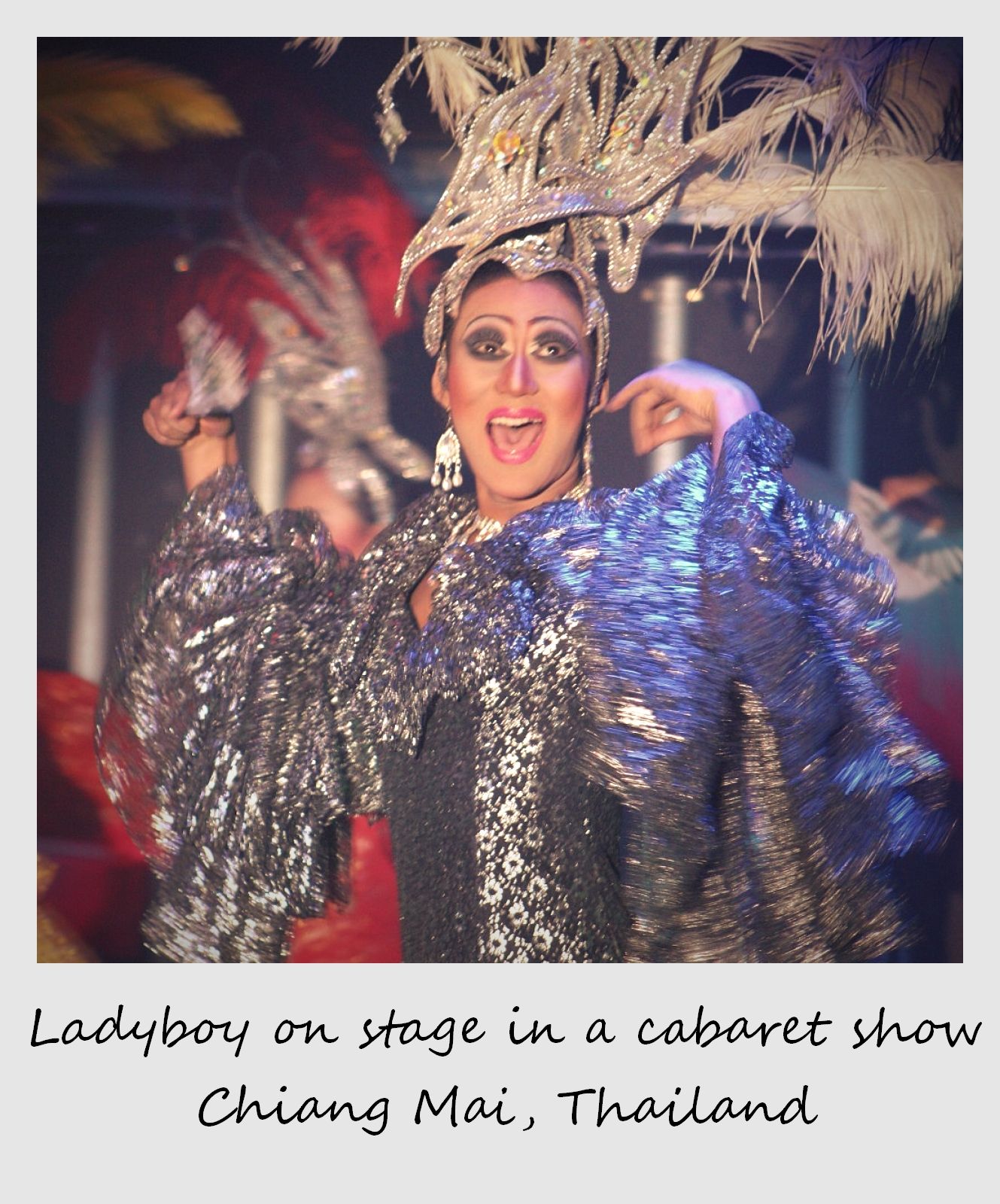 We have never run out of things to do in Chiang Mai, quite the opposite in fact. We ran out of time last time we were in town and were not able to see a particular cabaret show that a friend recommended. Luckily we returned to our favorite Thai city this past month and caught the ladyboy cabaret with our friends Betsy and Warren from.

Ladyboys, known in Thailand as Kathoeys, are more accepted and prominent in Thai culture than transgender people in Western culture. Kathoeys usually work in more typically female professions, such as shops and beauty salons, and more recently as flight attendants on some Thai airlines. While their lives are certainly not easy (no chance to become legally recognized as women despite surgeries, for example), several popular Thai models, singers and movie stars are kathoeys. But what we find the most inspiring and interesting, is that ladyboys need not ‘escape’ to the big city, instead being accepted in rural villages as commonly as in urban areas, which can help to eliminate feelings of loss, shame and solitude that transgender people in western cultures most often deal with.

At this show at the Night Bazaar in Chiang Mai, these ladies put on such an entertaining show. It’s free to enter, but everyone must drink! We were not complaining about that…

Polaroid of the week: The Buddha and the fly | Chiang Mai, Thailand
Click here to cancel reply.

I think we walked by this cabaret show all the time in CM, but never went in! Too bad; it looks like fun. :)

You should've gone in, yes! We were sad that we didn't make it there the first time we left Chiang Mai, and I'm happy we went the second time we were in town :) It was a fun night.

It is wonderful that the lady boys can be accepted in their own community. <3 Thailand.

Yes, that's true, Jan. We were surprised how well they were accepted even in small town - this wouldn't happen where we are from!!