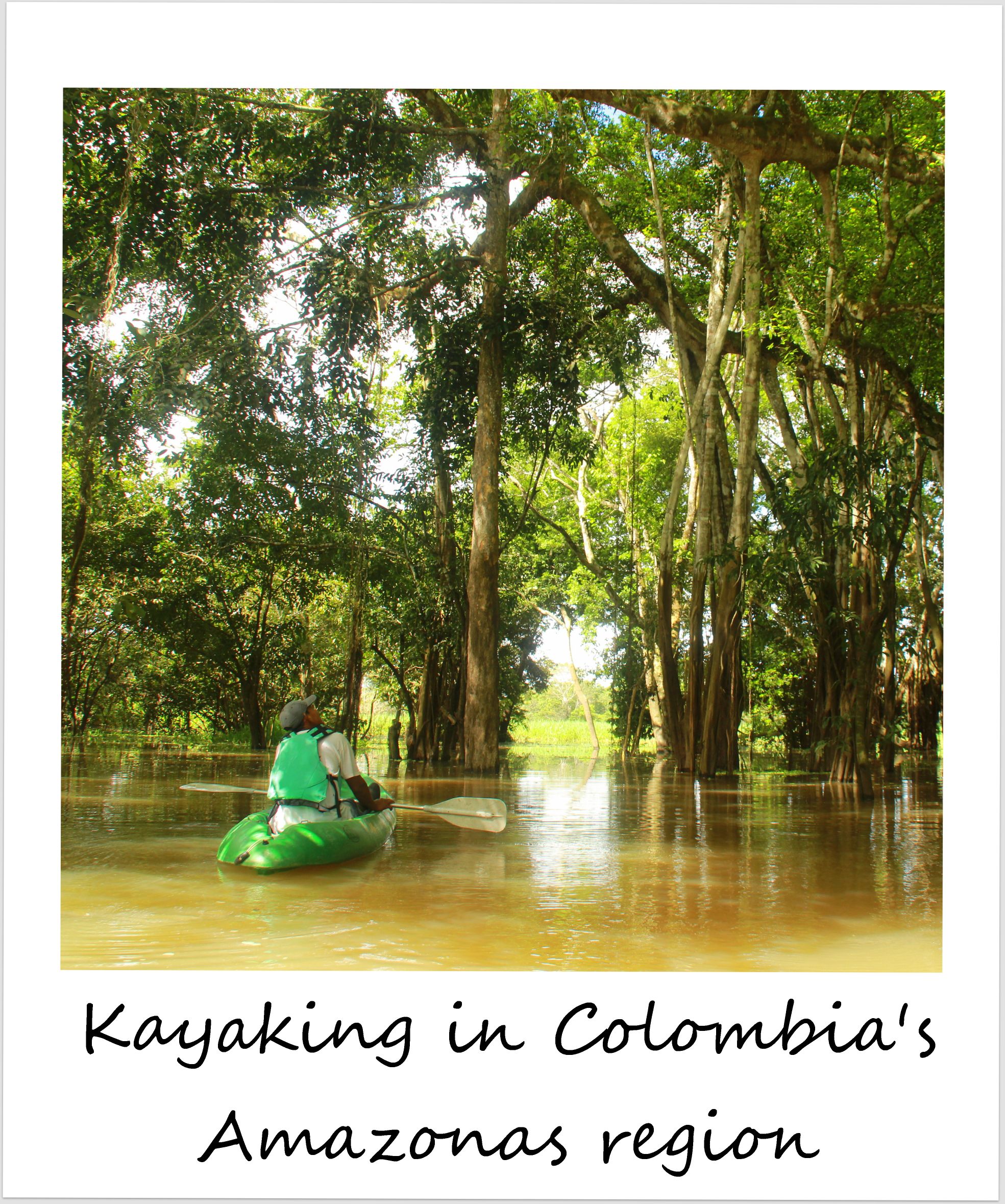 When I planned my travels through Colombia, the Amazon was not part of my plan. But as it happens so often when you travel, you meet people who’ve been to places you haven’t heard about, their stories about said places sound magical, and you decide that you have to go there! That’s how the small town of Jardin made it onto my itinerary, where I’ll be heading next week, and that’s how Colombia’s Amazonas region ended up on my itinerary, where I just got back from.

It’s not the easiest place to get to, in fact there’s only one way: by plane from Bogota. Leticia, Colombia’s biggest town in the Amazon (population 35,000) sits right on the border to Brazil and Peru, and you can actually move freely between the three of them. While Leticia itself is nothing special, it’s the surrounding rain forest and the Amazon river with its many tributaries that draw people here. And rightly so: the natural beauty here is outstanding, and I was already stunned by the endless green carpet of trees when I watched it come closer and closer as our plane descended slowly.

From Leticia, we took a boat 50 miles (75km) up the Amazon to the small village of Puerto Nariño, where swam in the Amazon, and where we took a boat out to Lake Tarapoto, a massive jungle lake with pink and grey river dolphins.

Another highlight for me was a kayak trip we took when we got back to Leticia. We kayaked through mangroves with giant trees, marveled at curious little squirrel monkeys and finally reached Lake Yahuarcaca, a peaceful lake that we had entirely to ourselves. The tranquil atmosphere here was what I enjoyed the most – it seems like you’re the only one out there, surrounded by this massive body of water, and the only soundtrack is that of the jungle.

Even though my trip ended with a visit to the hospital, my week in the Amazon is one that I won’t forget anytime soon.

How to stay on top of trends while you travel