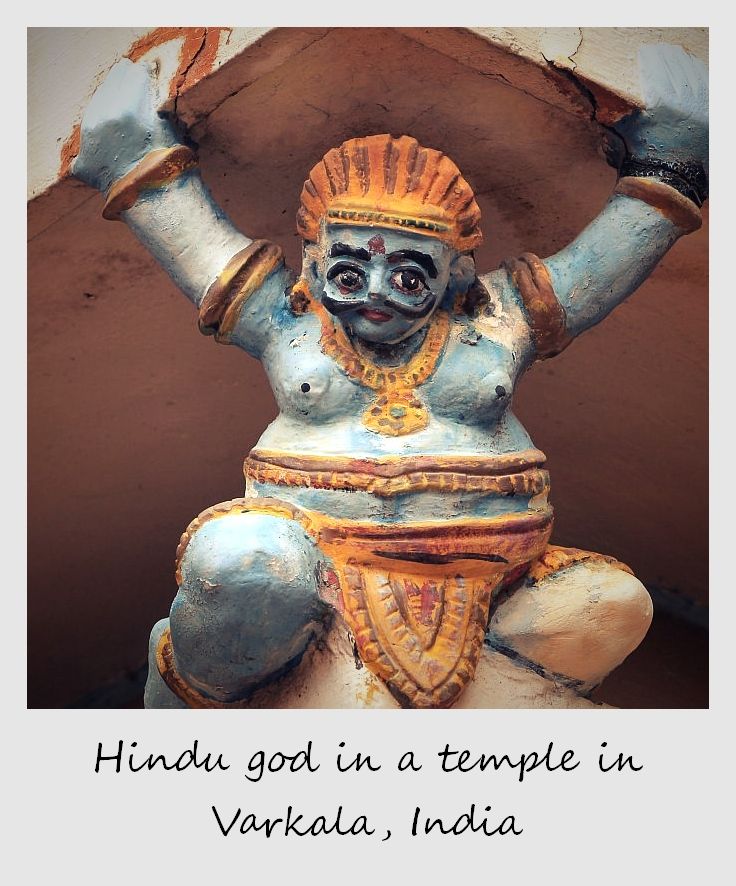 Numbers related to religion in India are massive. For example – Hindus generally believe that there are 330 million deities. That is a LOT to keep track of, especially when, like us, you are just starting to learn about Indian culture and Hindu religion.

There are roughly 138 Muslims living on the Indian sub-continent, a huge number itself…but their representation is dwarfed by the roughly 830 million Hindus living in India.

While we didn’t memorize even a portion of the gods, and can’t remember half the facts that we picked up while visiting the temples on our first trip to India, we loved how colorful the Hindu temples are. My favorite one was the stunning 48 meter (160 feet) high entrance tower of the Shiva Virupaksha Temple in Hampi.

Polaroid of the week: The smiles of India
Click here to cancel reply.

330 million deities - that's so many! Kali is actually the name of one of the deities, the goddess of destruction and creation. His parents didn't actually mean to name him after the goddess, but it's a cool connection... even thought most images of Kali are rather gruesome. :)

I didn't know that Kali was the name of an Indian deity! Was actually wondering what his name meant :)

You're pictures from Hampi are making me regret we aren't going to this particular region when we make our first trip to India. Your Polaroid feature is a favorite of mine! So where to next?

There is always another time ... we have so much more to see in India as well. It's just such a big country. Hampi was definitely my favorite place though.