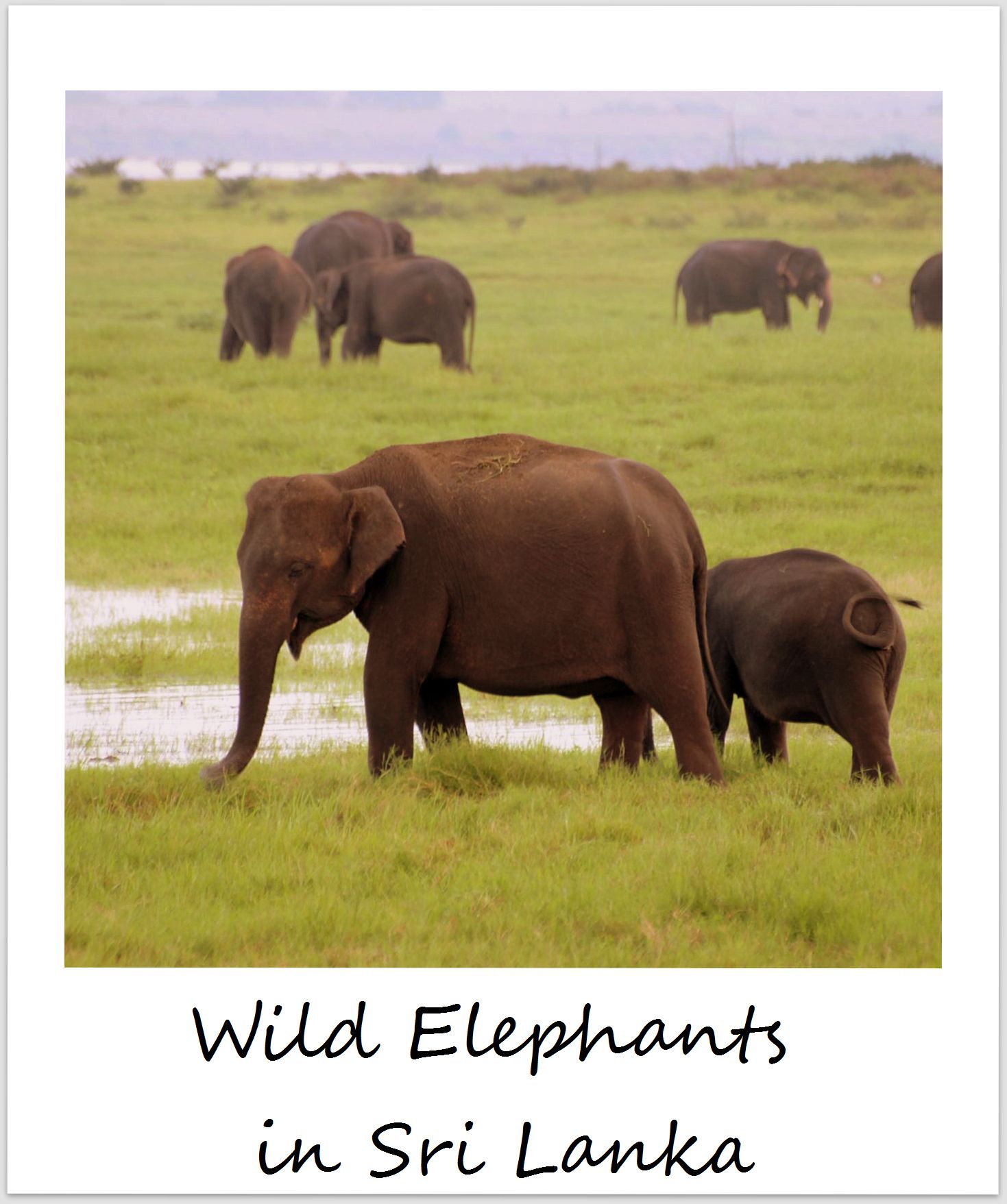 Apologies for the lack of posts this past week! A hectic schedule pre- and during the TBC Asia conference combined with sub-par WiFi connections made it hard to publish the articles I meant to share with you, but I hope I’ll be back to a normal posting schedule next week. You might remember that I came to Sri Lanka for the TBC Asia Travel Bloggers Conference (I talked about it a little bit here), and my first week here was packed with a pre-conference tour of some of the main sights of the country (Cinnamon Hotels, the hosts of the conference, put together a great video of that which you can watch here) plus the conference itself, which was excellent. I will talk about it in more detail in my monthly round-up next week.

To be honest, I had the hardest time to pick a highlight of the week, because one highlight chased the next! As for Sri Lanka in general, I have to admit that I didn’t think I’d love the country so much. It reminds me a lot of Southern India, which I really liked, but with even nicer beaches, some Buddhist culture thrown in, a tad less craziness on the trains, and more wildlife – including these beautiful elephants, which I got to see on a safari in Kaudulla National Park in Central Sri Lanka.

Sri Lanka’s elephant population was cut in half over the last three generations, leaving only about 6,000 of them. Elephants in Sri Lanka have been hunted and killed for many centuries, starting with the British rulers who killed them mainly to get trophies (one British army major alone is said to have killed more than 1,500 elephants!) up to the civil war in the late 20th/ early 21st century, during which hundreds of elephants were killed by landmines or simply shot. Up until 2006, when Sri Lankan elephants were listed as an endangered species, there were still about 100 of them killed every year. Since then, the Sri Lankan government has finally started to pay attention to preserving this majestic animal.

This was my first time ever seeing elephants in the wild (the only other time I came close to elephants was in an elephant sanctuary in Thailand), and because I am a huge fan of elephants, I was in awe from the moment the first elephant came into sight in the National Park.

I was lucky enough to see not only a few, but several dozens of them during the big elephant migration that takes place in Sri Lanka every fall. Over a couple of months, elephant herds, including many babies, make their way to a big reservoir which fills up with rain water during the monsoon season. The sight of the herds marching across the wide open green space towards the water is breathtaking. Our safari jeeps stopped in several places so that we could watch different families interact, babies play with each other and some of the bulls putting up little fights. I could have spent the entire day at the National Park. I hope I will get to see elephants in the wild again – and my chances are pretty good, since I will be visiting Yala National Park next week, where there are also leopards! Fingers crossed for many more wildlife sightings 🙂

You want more elephants? I posted some on my Facebook Page here! You want more of Sri Lanka? I am posting photos every day on Instagram!

Polaroid of the week: Riding the rails in Sri Lanka
Click here to cancel reply.

Thats a super cute picture. I am surprised though understand that Sri Lanka may have that effect on me as well i.e. a more smaller, less hectic version of India. Though I have heard that the adventures and offerings may still be worth it to go check out.

Excited to read more about your experience there

It definitely is worth a visit! On the one hand it is a less hectic version of India but on the other hand, it's very different. I think it definitely wins over India with the beaches and I love the Buddhist culture. Will share more insights in an introductory post shortly!

Its heartening that many more governments are becoming aware of the cost of losing their species ... besides the obvious moral quandaries, it hurts their tourism to let these animals slip away...

Yes, I totally agree, Tim! There are still domestic elephants in Sri Lanka which I can't tolerate but at least the country is preserving the last few thousands elephants that live here.

Polaroid of the week: Beach bumming around Sri Lanka | GlobetrotterGirls

[…] the TBCasia conference, our rushed tour of some of Sri Lanka’s main sights and meeting some of their most wonderful inhabitants, it was time to slow down and find a place to catch up on work. No better place to do that than a […]

I am seeing elephants since my childhood in up close since i am India... in India you ll see lot of them in temples...

Abdul - I actually forgot to mention Lakshmi, the temple elephant I met in India!! :) http://globetrottergirls.com/2012/05/polaroid-blessed-by-an-elephant-in-hampi-india/

What an amazing sight! It's so awful that Sri Lanka has so few elephants left. And it makes me ill to hear that a single British army major claimed to have killed 1,500 elephants! However, it makes me happy that the Sri Lankan government is taking some real steps to help save these beautiful creatures. I am so excited to read more about Sri Lanka :) I'm glad that you were pleasantly surprised by it.

Justine - that British major was not right in the head!! How can a man be so cruel?! I can't wait to share more about Sri Lanka.. seriously in love with this place :)