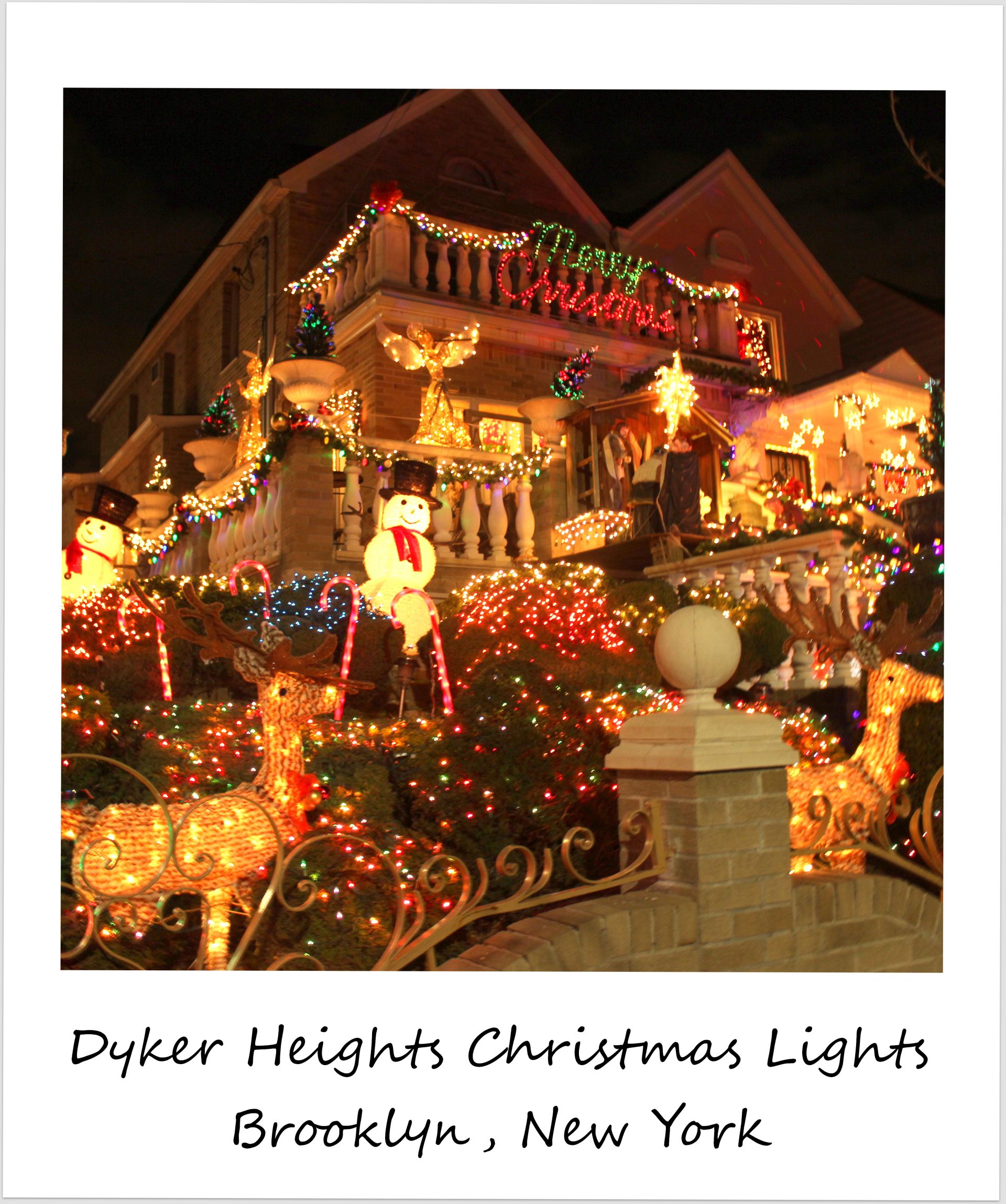 I couldn’t go home to Germany for Christmas without stopping in New York en route to Europe! I hadn’t been in my adopted home in months, was eager to catch up with friends, and, most importantly: enjoy the Holiday Season in New York, because everybody knows that Christmas in the Big Apple is magical. Last year, when I spent the entire month of December in New York, I had so many plans for my 1st NYC Holiday Season: go ice skating, visit the Christmas markets around the city, see the Christmas window displays on 5th Avenue, marvel at the legendary Rockefeller Center Christmas Tree, and see the famous Dyker Heights Christmas lights. Well, somehow I didn’t manage to fit in everything on my list last year – I never went ice skating and I never made it down to Dyker Heights in the south of Brooklyn, which isn’t the easiest place to get to.

Even though I had less time than last year during my brief visit this month I was determined to make up for it, and not only did I go ice skating in Bryant Park (which was fabulous!), but I also went all the way to Dyker Heights to take in the elaborate Christmas lights there. I am not sure how it started, but there are a few blocks in a residential neighborhood there whose residents go completely bonkers with their Christmas light decorations. Now it has become so famous that bus loads of people arrive there every day (really, you can take a Dyker Heights Christmas lights bus tour!) to see this spectacle for themselves – apparently, more than 100,000 (!) people make their way to Dyker Heights every December! The lights been featured on the news, and every year, all sorts of publications run stories about these Christmas light displays.

Apparently, the residents who are participating in the Christmas light craze aim to make people feel the spirit of Christmas and have been doing so since the 1980s. Over the past few years though, since international media began reporting on this ‘phenomenon’, the lights have become crazier and crazier. As I was slowly walking up and down the streets that have the most intricate decorations, I couldn’t believe the extent of this annual tradition – the extravaganza was beyond my expectations and even though I think they are a little over-the-top, the Dyker Heights Christmas lights put a smile on my face and I know I’ll be back to see them again – hopefully next year.

[…] whole bunch of activities that I hoped would get me in the Christmas spirit: seeing the famous Christmas lights in Dyker Heights, ice skating, marveling at the Christmas decorations on 5th Avenue and the Rockefeller Christmas […]

Goodbye, 2018: My Year In Pictures – GlobetrotterGirls

[…] didn’t spend much time in New York this Holiday Season – just enough to squeeze in a visit to Dyker Heights to see the famous Christmas lights there – but instead, I packed my suitcase again shortly after […]

We have a number of houses like that around Toronto as well though the ones here don't have that crazy of a publication nor do they receive busloads of tourists. I hope you're enjoying your time home with your nearest and dearest. Cheers to a beautiful 2017 ahead!

Ha, no busloads of tourists yet ;-) Maybe it'll turn into the same circus one day :D Happy New Year, Pauline!