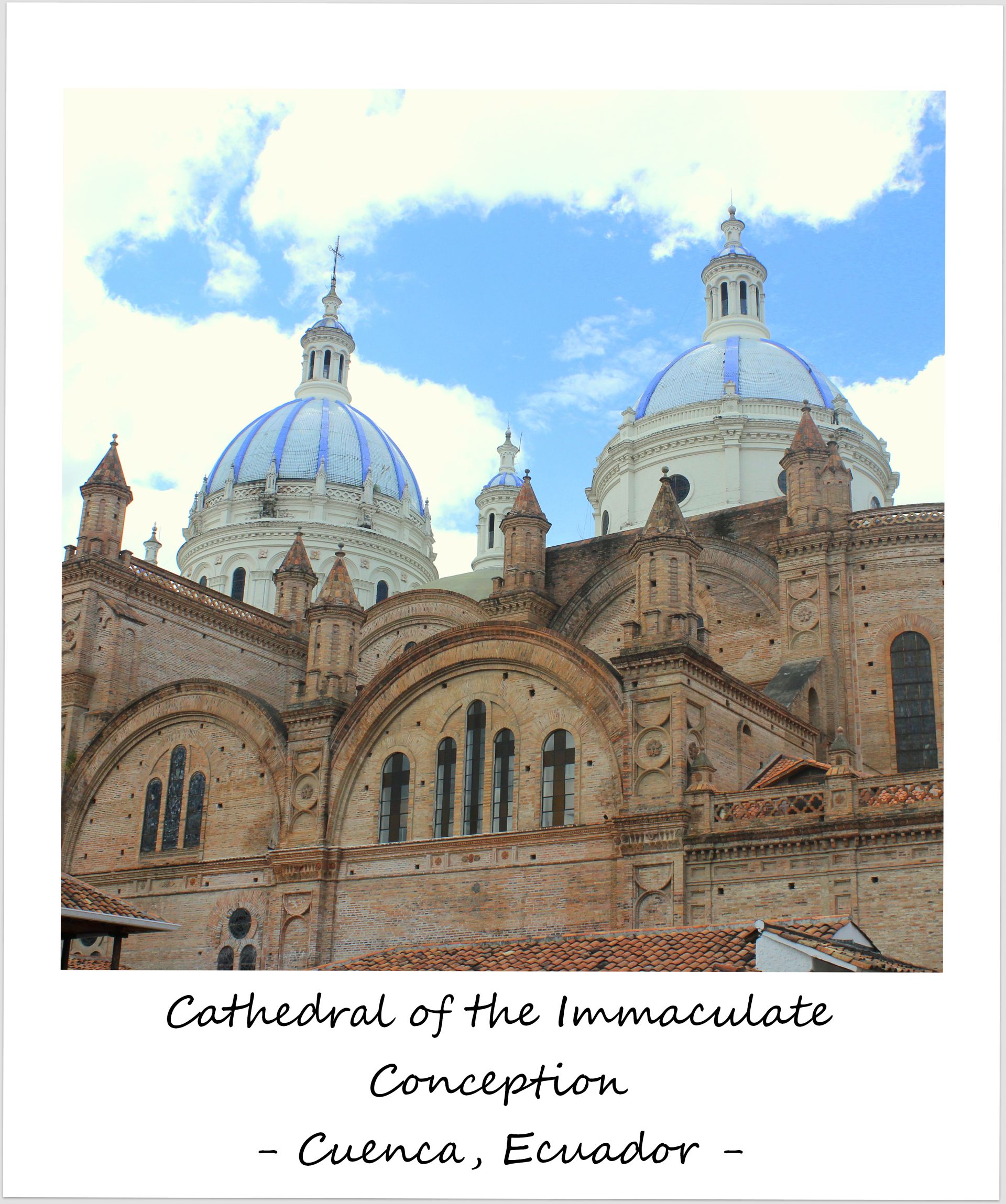 When my mosquito bite count reached one hundred and my laptop’s cooling fan started making noises as if it was trying to tell me ‘I can’t deal with this heat anymore‘, I decided that it was time to get away from the beaches for a while and give both my laptop and my itching limbs a break. The beach had been nice, but I needed to get somewhere high enough for the mosquitoes to not get there. And so I headed to Cuenca, at 8,370 ft (2,550 meters) too high for mosquitoes to continue to feast on me and cool enough for my laptop not to overheat.

Cuenca is a popular expat destination, with 5,000 mainly North American expats living there, and it is easy to see why. Life in Cuenca is pleasant, cheap and tranquil. Mountains surround the city, and you can walk everywhere in the center. Cuenca has 52 churches and the best preserved colonial architecture in Ecuador, so much so that UNESCO declared the city center a World Heritage site. It was a city that I liked immediately – the first time I had this feeling during my time in Ecuador!

Without many ‘must see’ landmarks, I adapted to Cuenca’s slow pace and got into a nice routine of a daily morning run along the river, followed by a tasty breakfast in one of the coffee shops in the city center. I’d work for a few hours on my laptop and then head out and just wander the streets, curious to see what I’d find. I stumbled upon gorgeous colonial buildings, quaint plazas and plenty of good restaurants. After eating mostly Ecuadorian food for the past few weeks, I was delighted to find Thai, Indian, Middle Eastern and tasty Italian food, including pizza (and I am a hard-to-please pizza snob!).

The only mistake I made? I waited too long to do a couple of things I had on my to-do-list, most importantly climbing the bell towers of the impressive Catedral de la Inmaculada Concepción, Cuenca’s main church, built in 1887, whose domes of sky-blue Czech tile (pictured in the Polaroid) are visible from almost anywhere in town, and where the view from the top over the city is supposed to be fantastic. Instead of heading up there on a sunny day, I felt lazy and decided to ‘do it later’ – only that the blue skies never returned. Instead, I experienced a couple of rainy and grey days, making it also not worth it to go to ‘Turi’, Cuenca’s best viewpoint, to get a view over all the city’s red-tiled roofs.

However, I was still enjoying my time here, even though I didn’t make it to all the places the guide books recommended. Instead, I experienced Cuenca like a local, with a nice routine, slowing down my travels, and appreciating the laid-back atmosphere, before my action-packed next stop, where many adventure activities would await: Baños, aptly nicknamed Ecuador’s adventure capital. 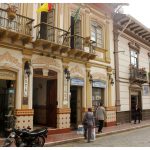 Polaroid Of The Week: The Swing At The End Of The World
Click here to cancel reply.