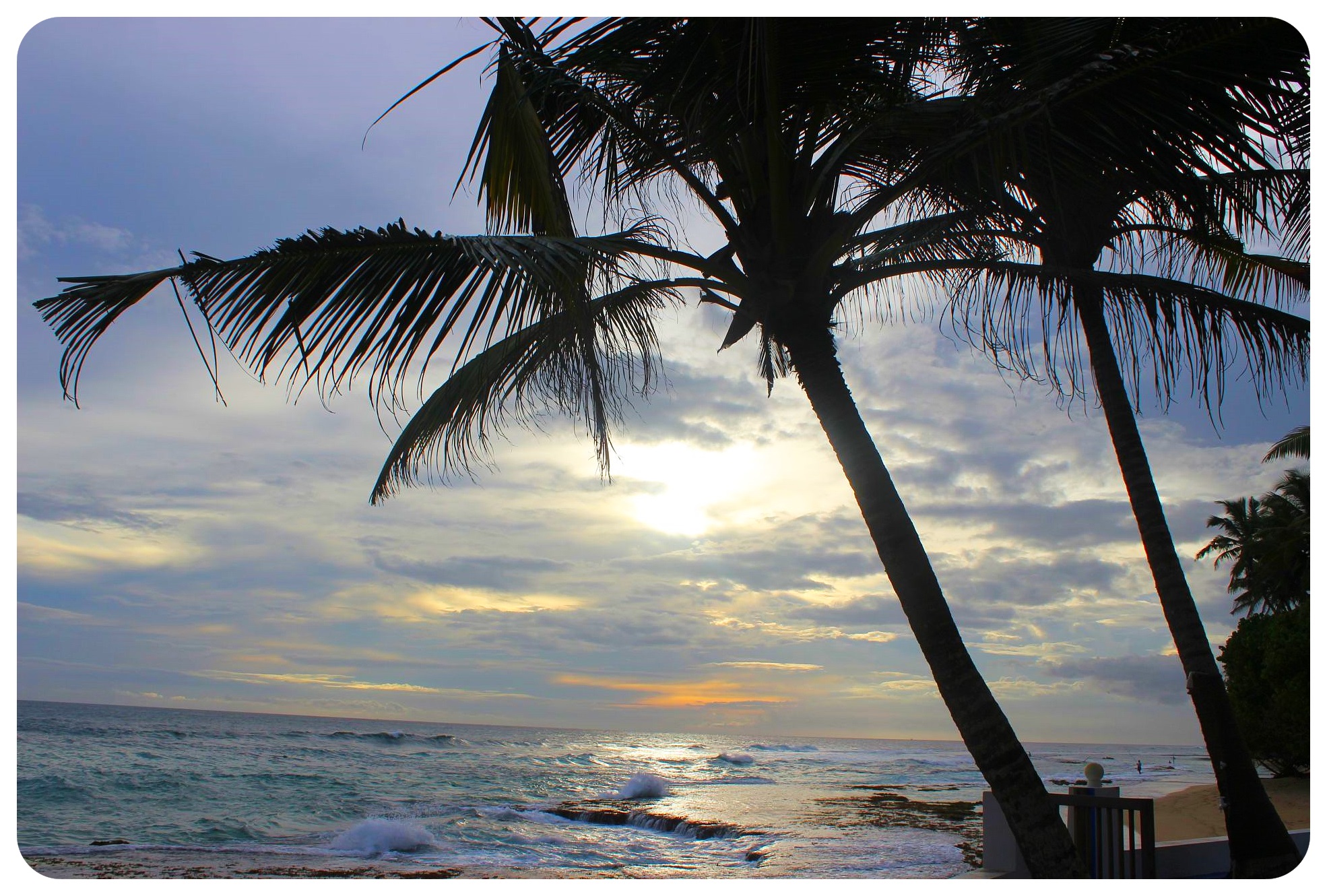 Exactly three weeks ago I boarded a plane to Sri Lanka, and it seems like I’ve been back in Asia’s sticky and hot humidity forever! I started the month in New York and caught up on London life over a few pints in the city I used to call home before I escaped the chilly fall weather to attend a travel bloggers conference in Colombo, followed by a few weeks of independent travel through Sri Lanka.

It’s been a crazy month, to say the least. While I enjoyed my last few days in New York, taking in all the good things fall brings with it before the dreary November fog and rain (and now even snow!) sets in, I was anxious about my quick trip to London. I wasn’t sure how I’d feel about returning to the place where I lived until I left my corporate job in 2010 to travel the world. How would I feel about returning to the city I loved so much but also loathed in the last few months I spent there? The city where I found my first ever grown-up job after graduating, the city where I built up my life together with the girl I thought I would marry one day. 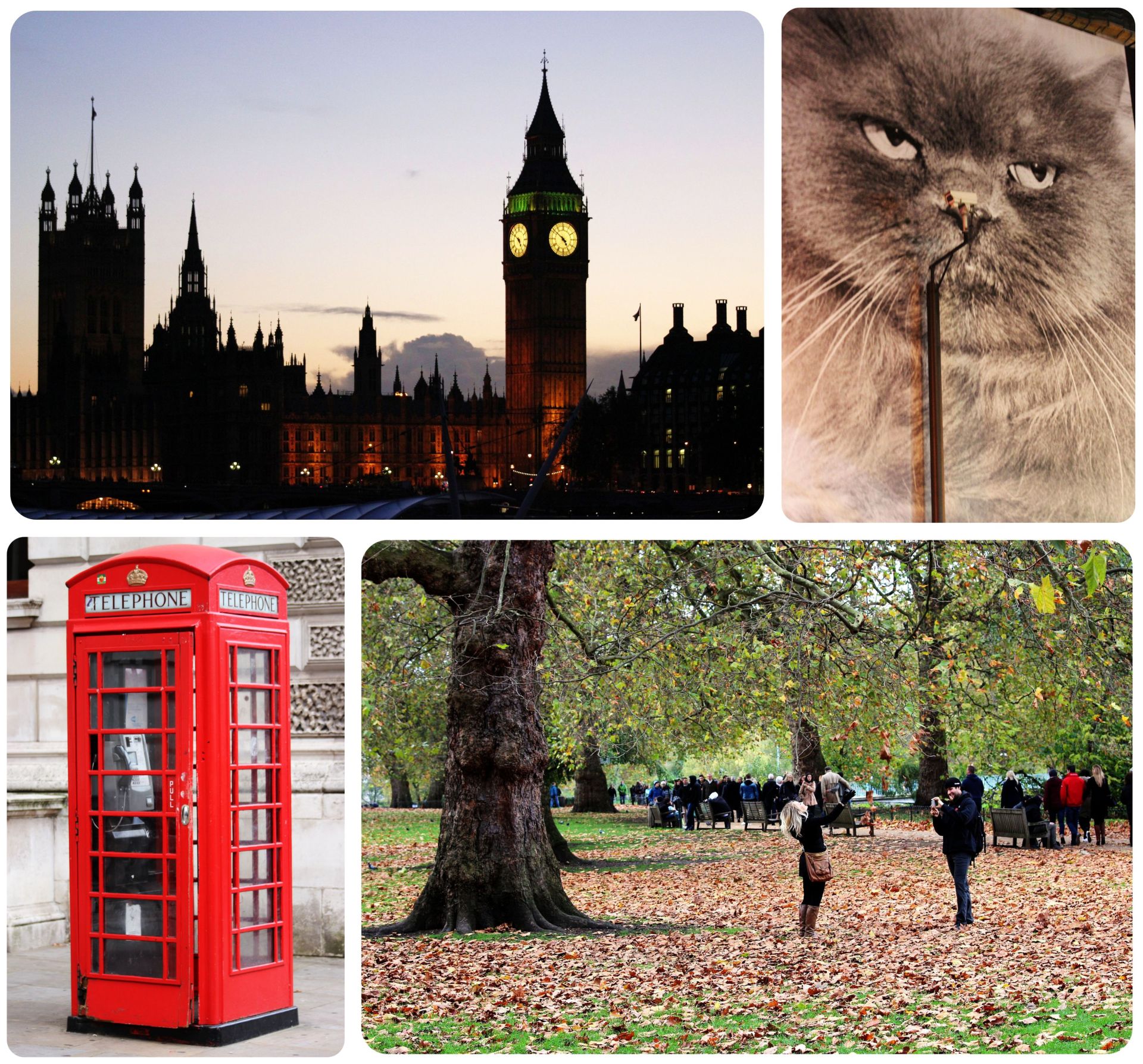 The strain of memories of good, bad and ugly times we had in London during our three years there started flooding back as soon as I exited the train from Gatwick Airport at Victoria Station. Bittersweet memories came back everywhere I went, but I also rediscovered my love for this beautiful city. During all those years of travel, I had simply forgotten about all the things that had always drawn me to London, even long before I finally moved there in 2007. While I was there, I wished I had more time to rekindle my love affair with London, but if there’s one thing I know, it is that November is not the best time to fall in love with London again, and so I’ll patiently wait until the right time comes.

Knowing that I can return whenever I want (no visa restrictions or bureaucratic hurdles here!) made it easy for me to leave, and I even indulged in fantasies of what it would be like to set up a base in London again, now that my life is so different from what it was during my corporate years. 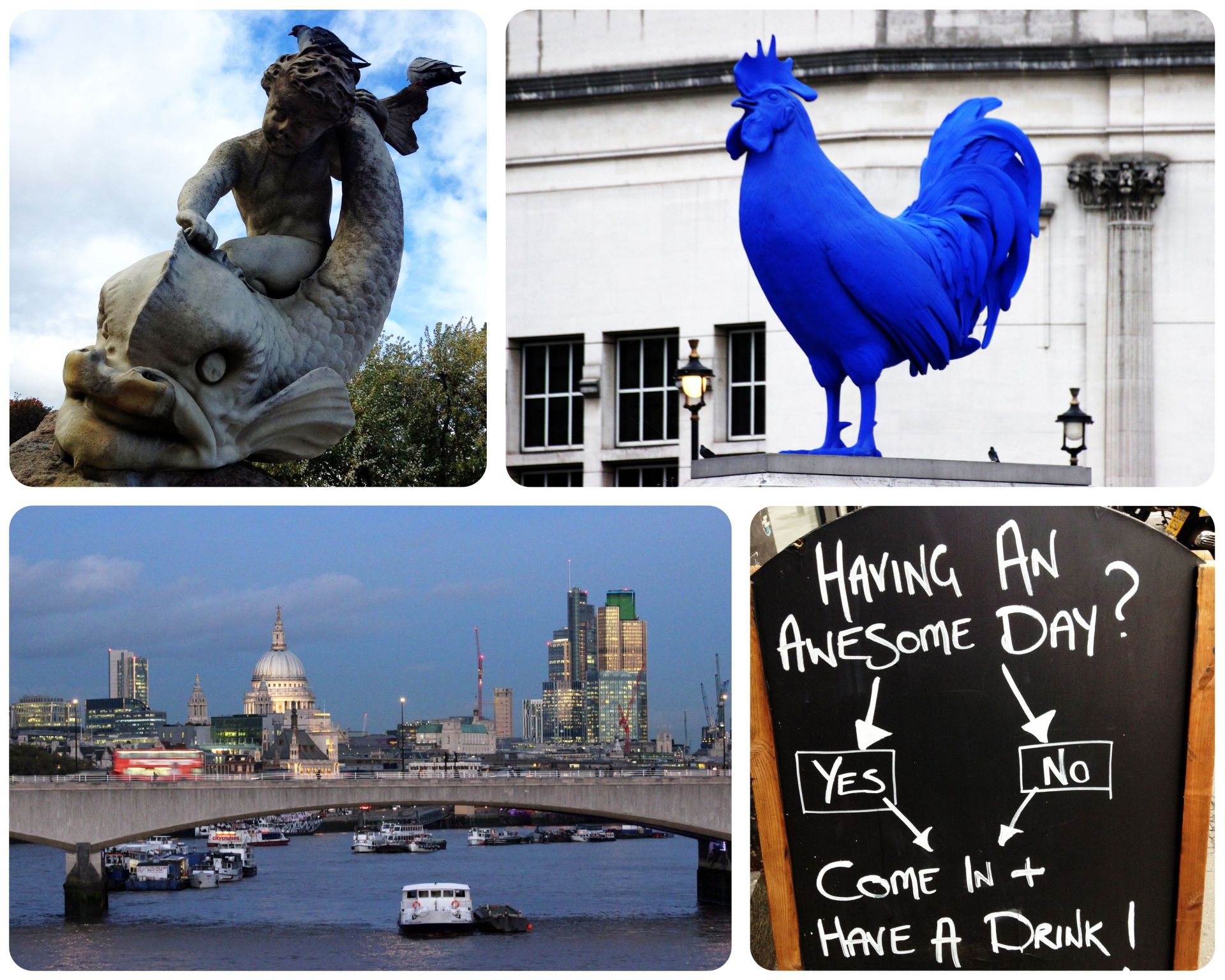 My last day in town was sunny and perfect for long walks around my favorite neighborhoods and I found myself walking around with a big smile on my face most of the time, but by the time I boarded my plane it was raining like crazy, and so I left with mixed feelings, half of me longing for more, the other half happy to leave.

It’s funny how you can forget so many things you adore and appreciate for years, from pubs and shops to certain restaurant chains and independent eateries you used to go to all the time. Markets, neighborhoods, magazines, certain items that I always used to buy in the supermarkets, little things that used to make me happy. All pushed to the back of my brain because of all the other experiences, places, foods and people I’ve met along the way over the past nearly five years. And then there is New York of course, which always makes it easy for me to forget about every other place in the world. However, I was happy to discover that New York is not the only city I’ve got a huge crush on.

I loved having my daily routine in New York over the three weeks I spent there, much needed after my hectic schedule in Israel and Germany afterwards, and before traveling through Sri Lanka.

Since my Sri Lankan Airlines flight touched down in Colombo, I haven’t stopped moving: every two nights I pack up my bag and move on to the next place, and it is starting to get to me. I am glad that I have another three weeks here to slow down a bit, but after a quick look at the Lonely Planet yesterday, I feel like there might not even be time for my highly anticipated side trip to the Maldives… but we’ll see. 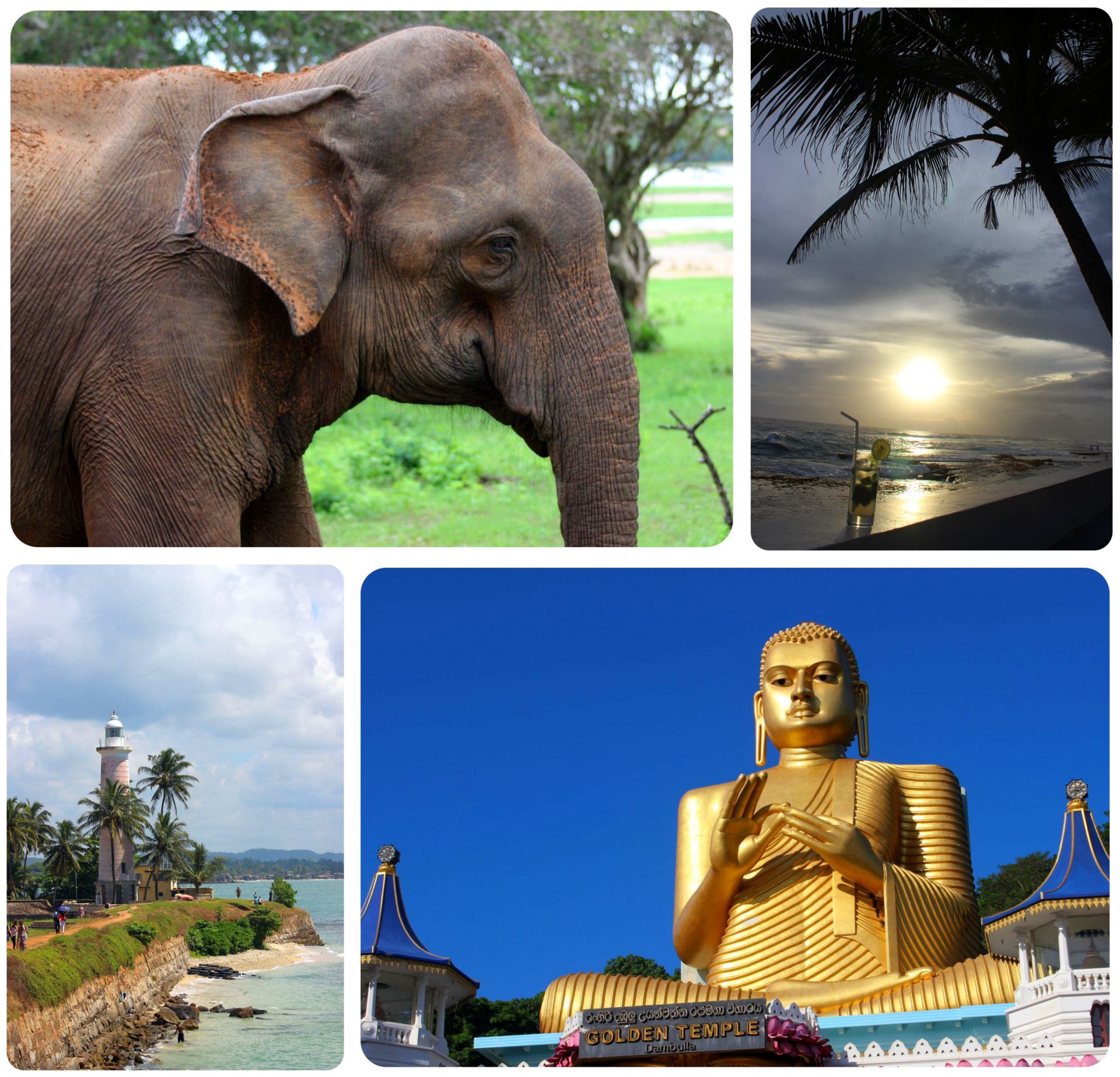 As I mentioned in my last Life Lately post, I came to Sri Lanka primarily for the TBCasia conference and not in a million years would I have thought that I’d be having such an amazing time. The first few days before the actual conference were spent on a pre-conference whirlwind trip around some of Sri Lanka’s major sights. The main sponsor of the conference, Cinnamon Hotels, put together an ambitious but remarkable itinerary including UNESCO world heritage sites (Kandy, Sirigiya, the Dambulla Cave Temple, Polonnaruwa, the fortified city of Galle), beaches and wild elephants, a bar crawl through Colombo and one of the country’s most scenic train rides. 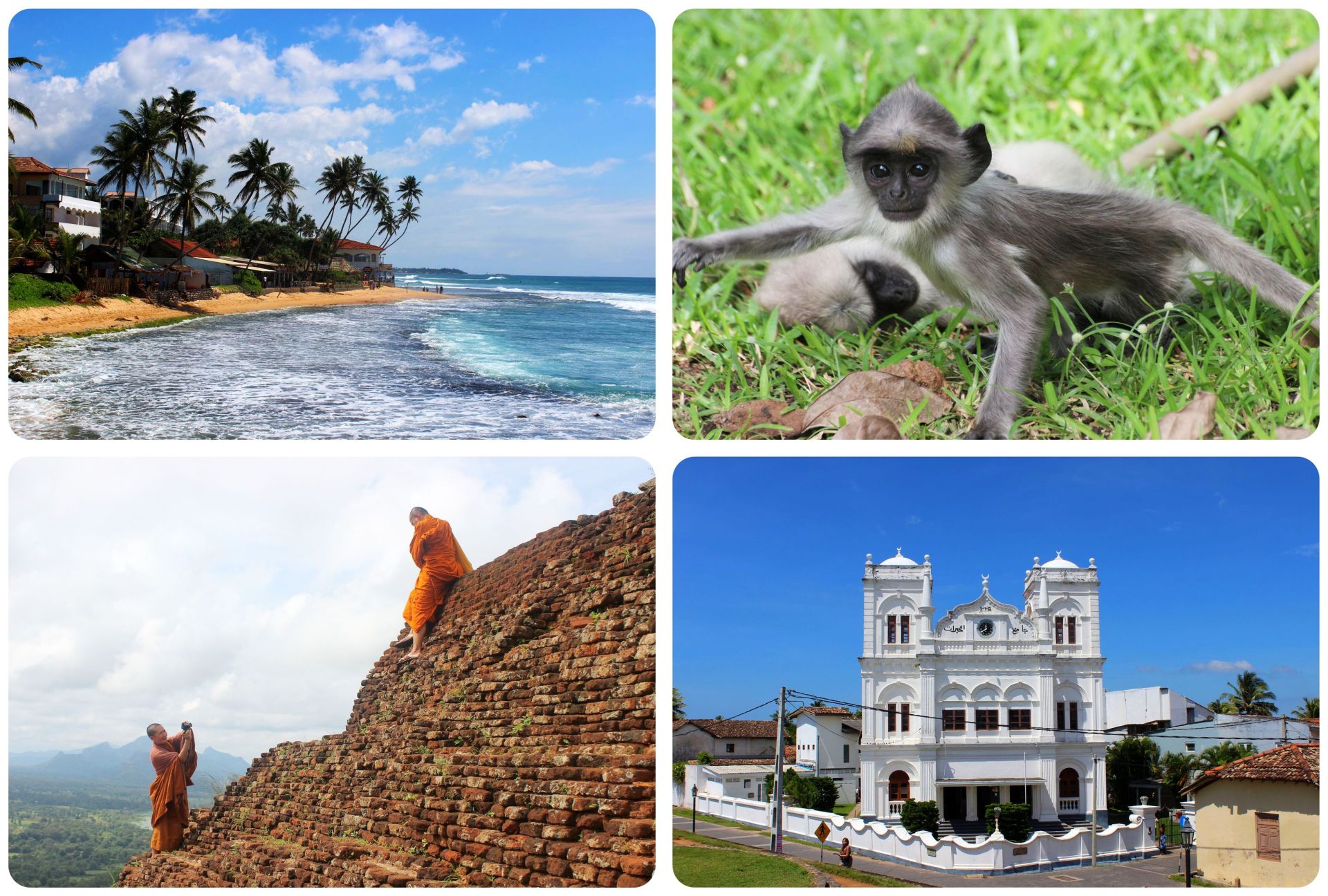 I can’t even begin to describe what this conference has done for me, not only providing a ton of invaluable knowledge for my business, but also the people I’ve met, new friendships that formed, business opportunities that came up, the networking and learning from each other – I am so grateful that I got to be part of the PTBA’s first conference and am already looking forward to the next one.

For now, I’ll have to just find the time to incorporate all the things I’ve learned at the conference and I am also excited about starting to share my love for Sri Lanka with you here on the site. 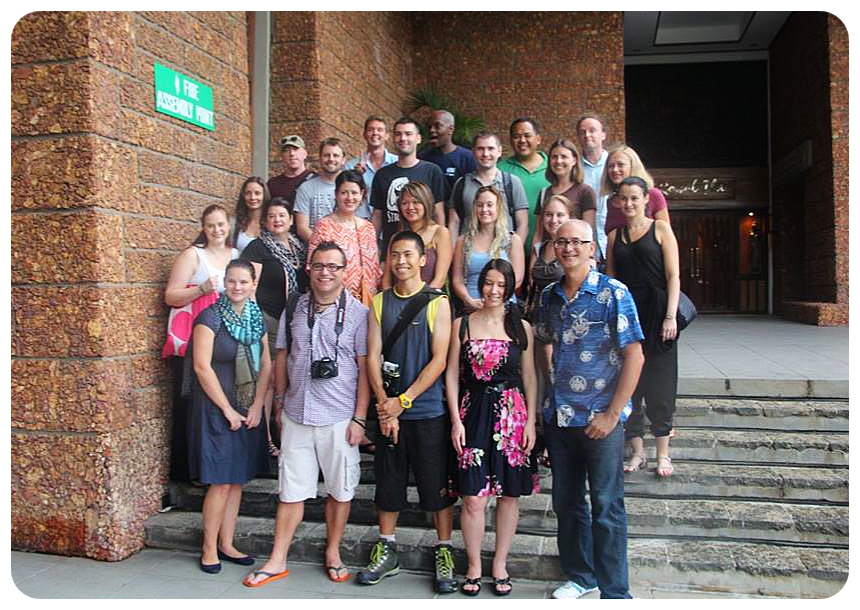 Traveling with over 40 people! I know, this sounds a bit off putting, right? I’ve never traveled with that many people before and wasn’t sure what to expect. My worries were unfounded though- the five days pre-conference trip was wonderful, and I enjoyed the conversations we had, the tips we shared, and hanging out with so many fellow travel addicts talking about the things we love to do: travel and blogging, but also discuss the challenges of freelancing and running an online business. I don’t get the chance to do that very often. It was also nice to find out that I am not the only person in the world that can’t walk by a cat without petting it, that there are other people who loathe AC as much as I do and that there are others who are obsessed with New York just as much as I am.

I have to give props to everyone involved in organizing this conference and handling the needs of 40+ people. As much as I loved traveling with the group, I was also happy about a couple of days of solitude afterwards and then continuing on with a small group of fellow bloggers.

Let’s just say that moving around every second day is not the best precondition to get a lot of work done. I feel like this is a recurring theme in these updates but I struggled once again with my work travel balance. Add to this a more than unsatisfactory WiFi situation and you can imagine that I was close to a nervous breakdown several times this month. While there is WiFi in most places, it has often been very slow, cutting in and out or just not connecting to my laptop – I often felt reminded of the frustrating WiFi situation in India a couple of years ago.

Technology-wise: no major camera or lens incidents so far, but I managed to nearly kill my iPod Touch… yes, again. All I want to say about it is that there was a lot of water involved (AGAIN!!)

I knew it was going to be hard to keep up my running and workout routine here, as I remembered that during my last time in Asia, I struggled to do anything in the heat and humidity. Combined with the tight travel schedule I’ve had, I haven’t been able to work out as much as I wanted to. I have to say though that the added weight and space taken up by my workout clothes and shoes make a good incentive to actually use them!

I have another three weeks in Sri Lanka ahead of me and then I’ll head to Germany for a family Christmas for the first time in seven years! I’ll arrive just in time to visit a Christmas Market before they’re closing and will turn my sister’s kitchen into a Christmas bakery (she has no idea what’s about to happen in her house). After that, there might be a week of snow fun somewhere in the mountains but I am not sure if that’s really going to happen, because I might run out of time. I will only be home for a very short time before I head to three new countries in January! I will tell you all about my travel plans for 2015 in next month’s update, and reveal where the four flights I booked for January will bring me to! 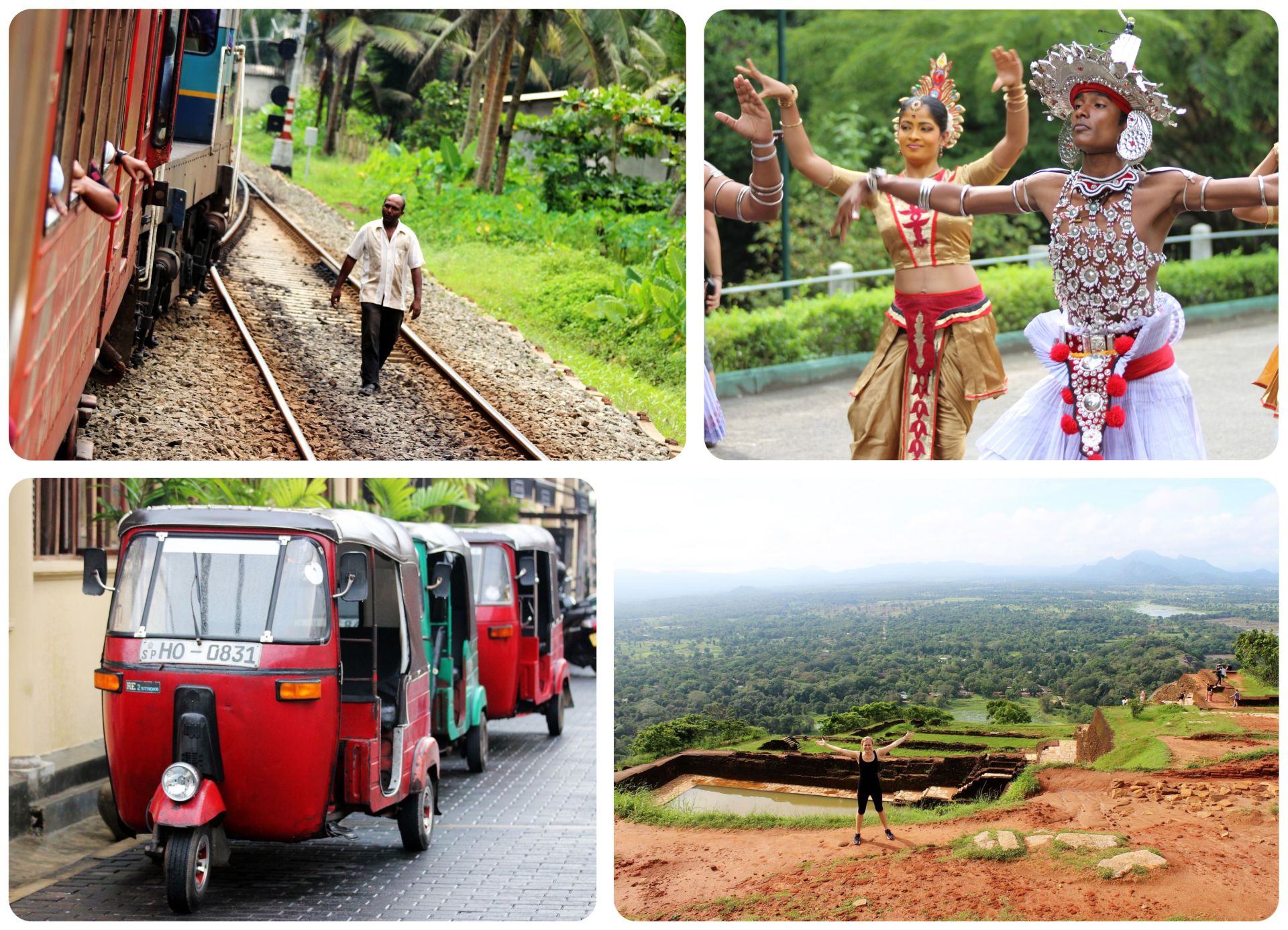 It’s that time of year again…

… when many people donate money for a good cause. If you are thinking about donating to a charity this Christmas, I’d like you to consider the following: a couple of months ago, I talked about the South Sudan food crisis, for which I personally donated. The situation in Sudan is still daunting and every dollar helps.

Another cause worth donating for is a project initiated by three young German ladies who are looking to provide girls in Nepal with menstrual cups. Because of the unsanitary menstrual options in the country, the issue of not having access to sanitary cloths or simply clean wash cloths can cause health issues and restrict young girls’ lives during their period – for example, they prefer staying at home during that time instead of going to school. Reusable menstrual cups can help with this issue. Have a look at their Indiegogo campaign for more details and to help the girls in Nepal (they have reached their campaign goal already, but the more money they can raise, the more girls can get a menstrual cup).

I am wishing all of you a Happy Holiday Season and I would like to thank you for your support throughout the year, which hasn’t been an easy one for me.

Ways to Save for Your Next Adventure