In my series on hidden gems in Germany I am highlighting some of the destinations that most visitors don’t include in their itineraries, even though they are remarkable places of great beauty. They are all places I recommend people visit on a trip through Germany – so if you are planning to travel in my home country, I suggest including these places, which are all easy to get to on public transportation and can be combined with other famous tourist destinations in Germany. First up: Rügen Island.

I am pretty sure that most of you have never heard of this little island, located in the Baltic Sea on Germany’s northern coast, connected to the mainland with a bridge. So why don’t we let the island introduce itself in a little video?

Rügen Island beauty was made immortal in 1818, when painter Caspar David Friedrich painted the island’s magnificent white chalk cliffs and spread the word (or, to be precise: picture). In the late 19th and early 20th centuries, Rügen used to be a popular vacation spot with Germany’s writers, artists, politicians and industrial tycoons, and much of the grand splendor of that time can still be seen in the pompous seaside resorts that still exist from that era, such as as the palatial Kurhaus near Binz which dates back to 1908.

With the division of Germany into East and West Germany after World War II, Rügen belonged to the GDR for 40 years and was barely visited by anyone who wasn’t living in East Germany. The upkeep of its grand historical buildings was pretty much neglected during that time, due to the lack of funding for such things. It remained a popular vacation destination during that time though – in fact, it was among the absolute favorite vacation spots along the Baltic Sea coast which belonged almost entirely to East Germany. 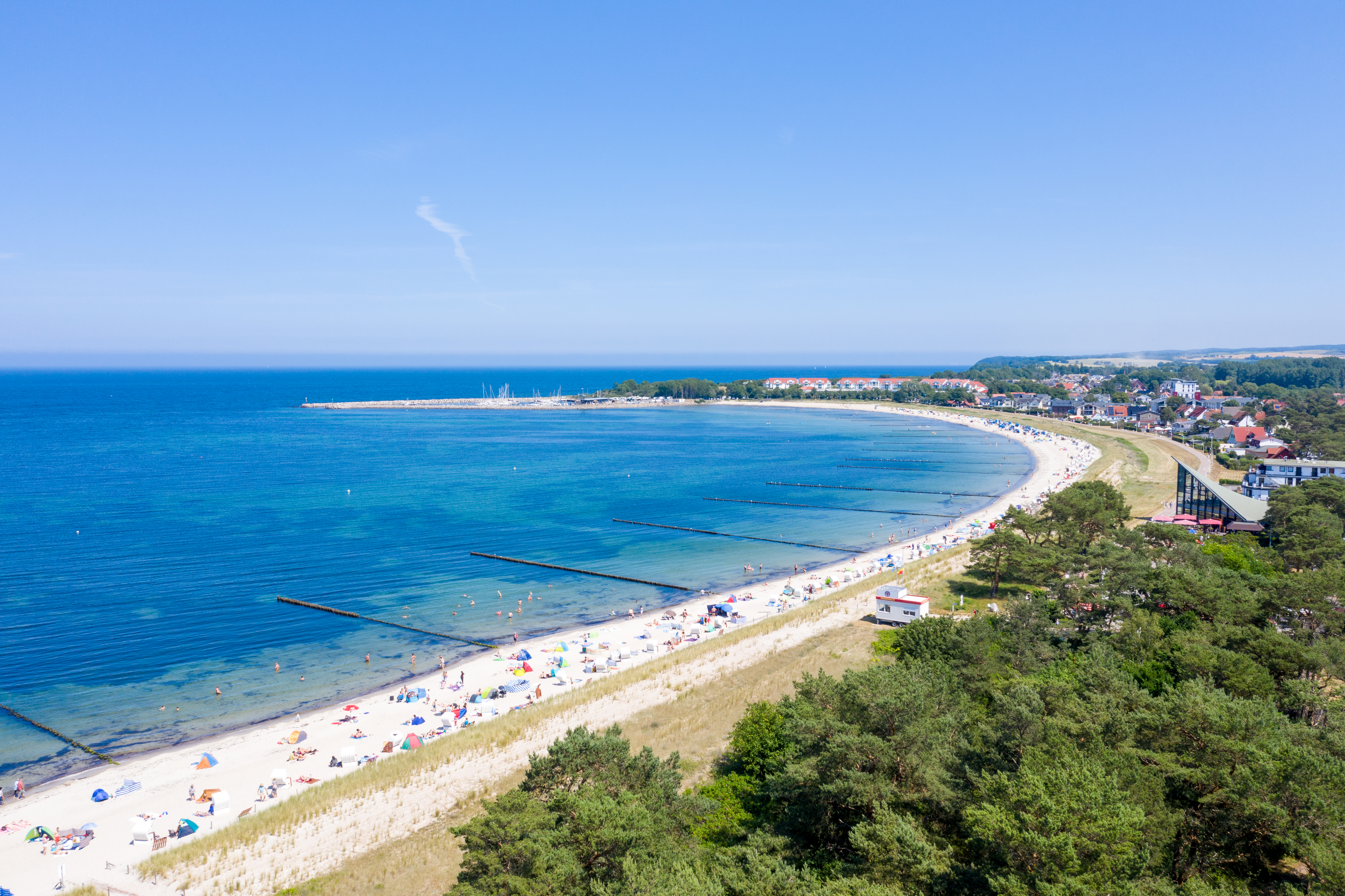 After Germany was reunited in 1989, the island became increasingly popular with visitors from former West Germany and beyond. During the past 25 years since the fall of the wall, a lot of effort has been put into preserving, rebuilding and renovating those areas and buildings that had been neglected by the GDR regime. The eastern parts of Germany, which still don’t receive as many visitors as the well-trotten paths of former West Germany, now have some of the best hidden gems in the whole country to offer – places like the Mecklenburg Lake District, Dresden with the Elbe Sandstone Mountains and Saxon Switzerland National Park, Weimar with its Bauhaus architecture, the hanseatic city of Rostock or the stunning Spree Forest near Berlin. Have a look at these videos for some more inspiration on places in Germany that are worth a visit. The country is celebrating the 25th anniversary of the reunification with a big #germany25reunified campaign this year, highlighting regions and cities that have been remarkably reconstructed since 1989 and are not as well known outside of Germany – Rügen Island being one of them. 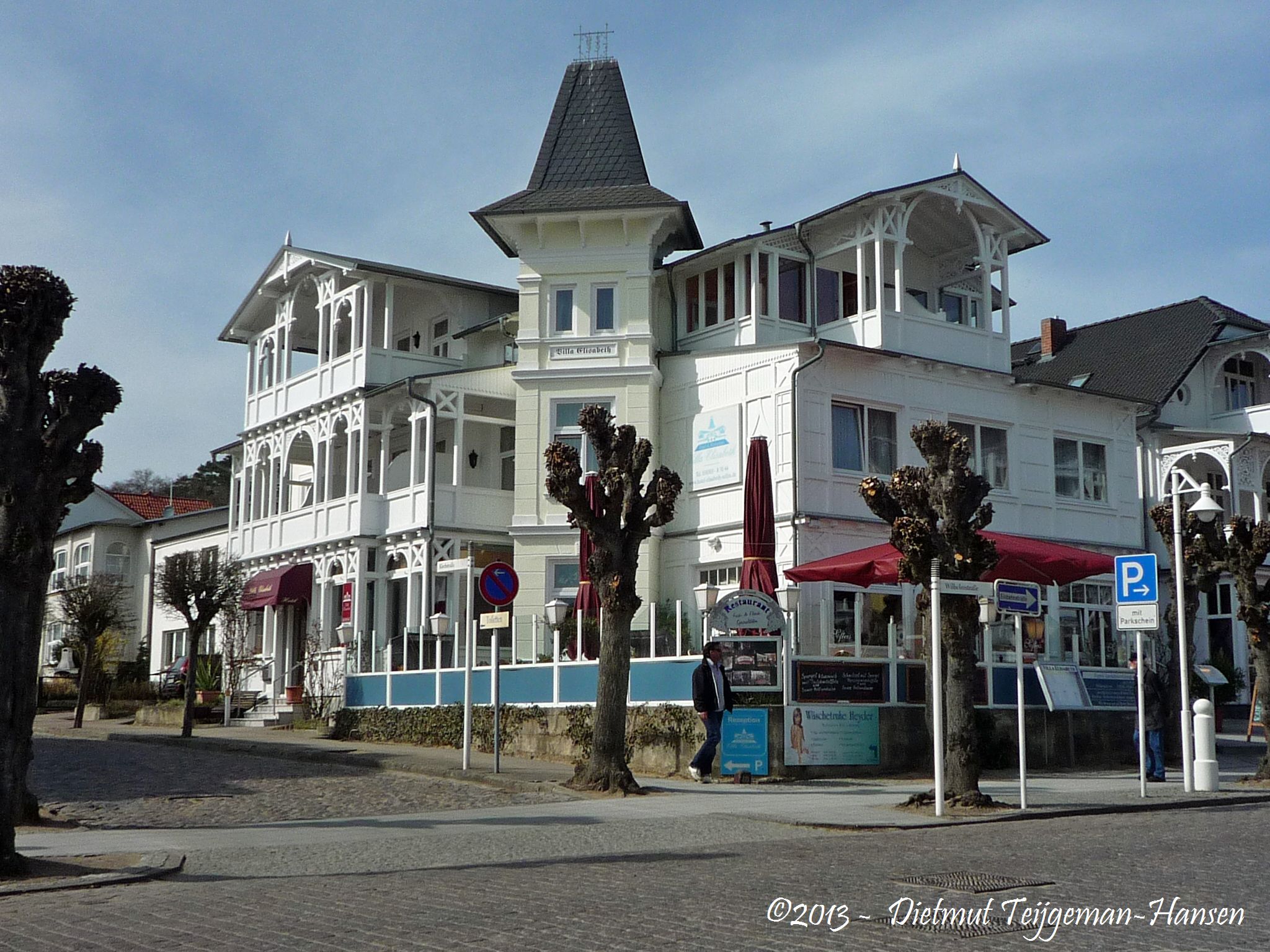 In addition to serene white-sand beaches, the island is home to Jasmund National Park which makes for great day hikes and was even declared UNESCO World Heritage Site in 2011, thanks to its outstanding natural beauty. The National Park includes the massive 120 meters/390 feet steep and truly breathtaking King’s Chair White Cliffs – a place you can’t miss on a visit to the island. The 45 meter/148 feet high Cape Arkona marks the northernmost part of former East Germany and features two lighthouses, and makes for a splendid hiking destination. 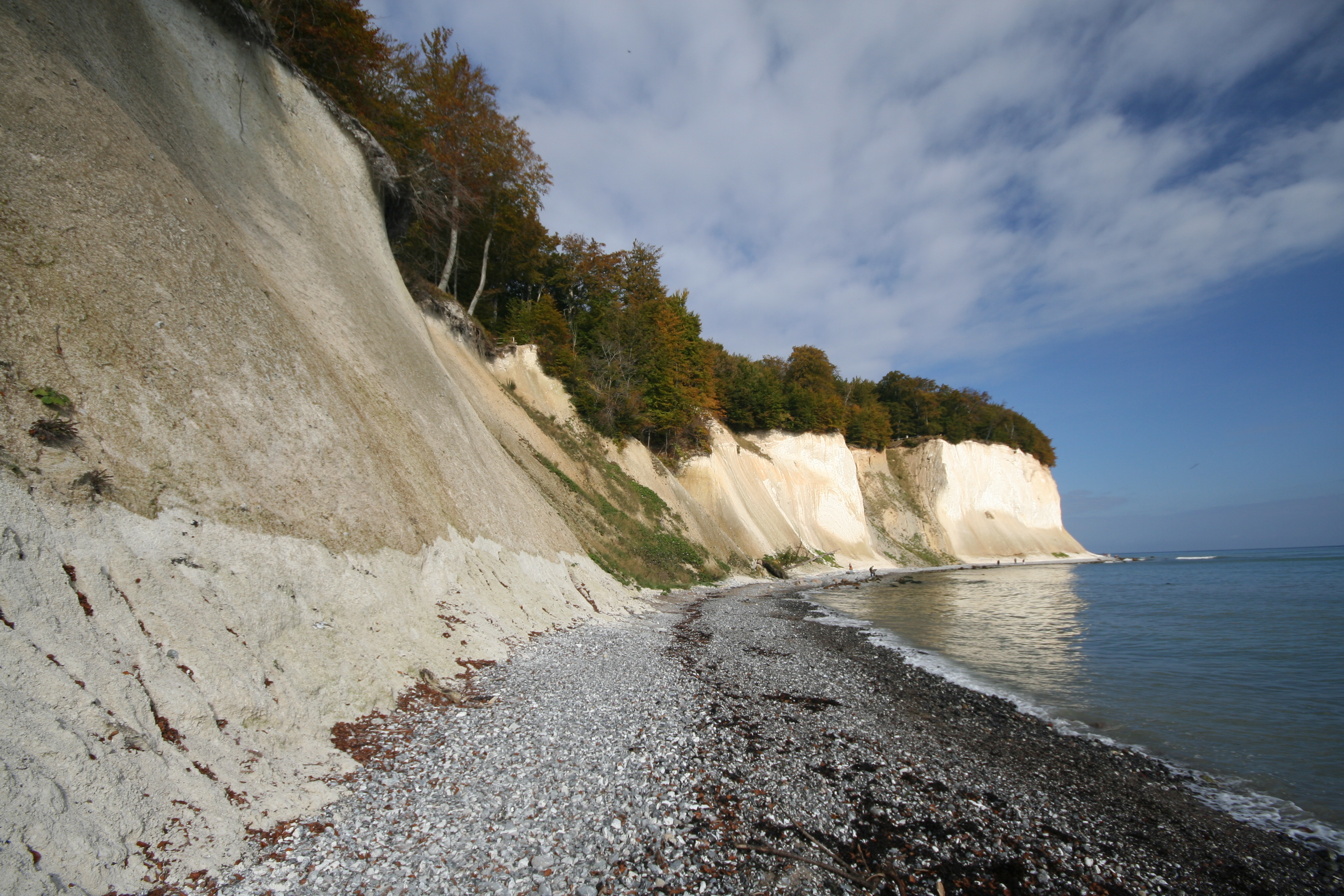 Another must-do when you visit Rügen is the beach promenade of Binz, a gorgeous seaside town, best explored on a long walk or bike ride. Putbus is the oldest holiday resort on the island, these days an impeccable little village, beautifully restored and lined with white villas that give the town its nickname ‘White City’. Beyond Putbus on the far south eastern coast of the island is the Jagdschloss Granitz, a hunting lodge that looks more like a fairy tale castle and offers splendid views over the Baltic Sea shore from its tower. You can walk the 12.5 kilometers from Putbus to the Jagdschloss – it takes about 2.5 hours to get there on foot. If you prefer cycling, there are around 200km of cycling paths on the island, and pedaling across the island is a great way to explore Rügen. There are bike rental places in all of the bigger towns and hostels. 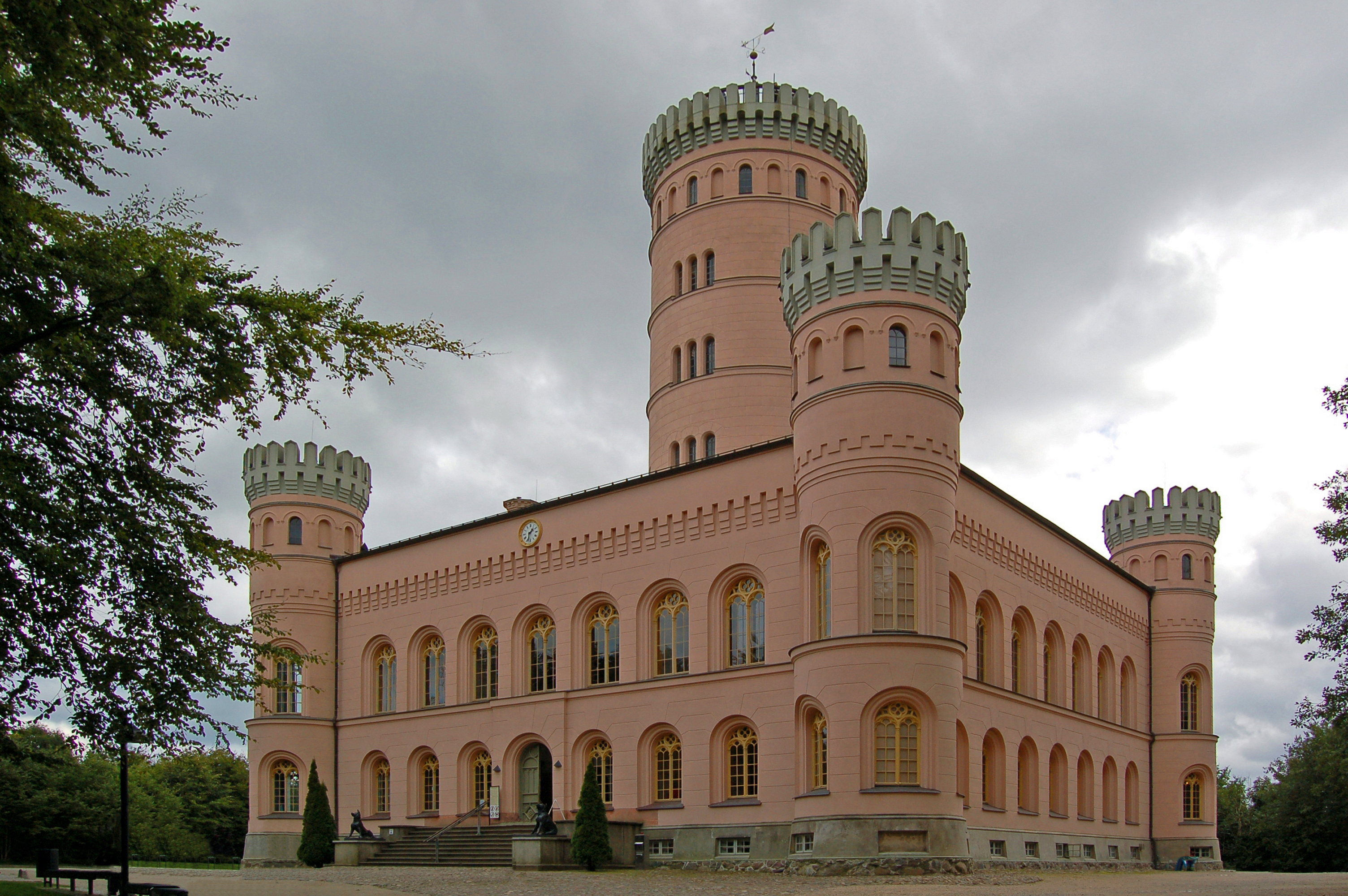 If you don’t feel all that active, jump on the Rushing Roland (Rasender Roland), a rustic narrow-gauge steam train that runs from Göhren to Lauterbach Mole, a 24km ride that passes lush forests, poppy seed fields and deserted beaches. 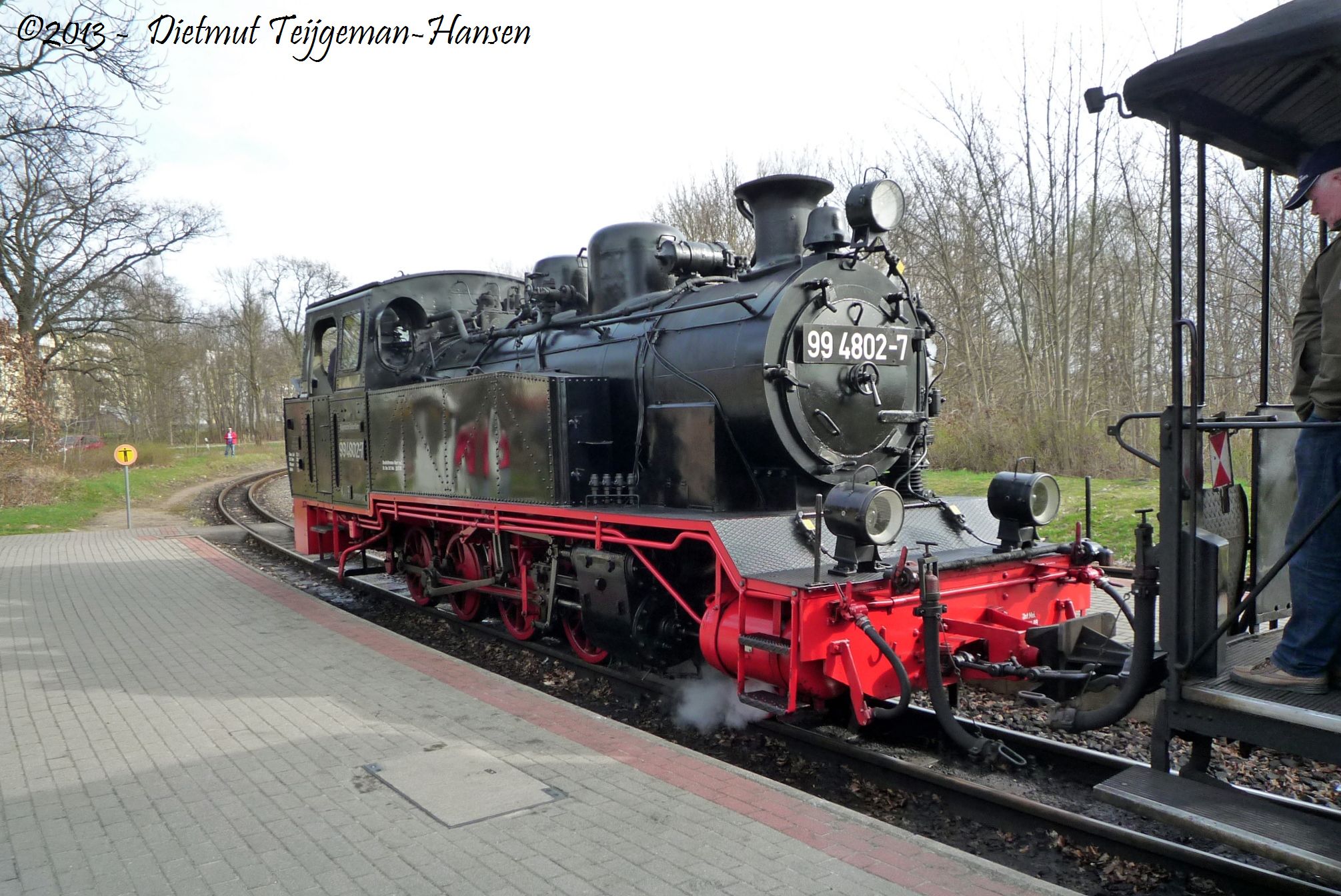 A visit to Rügen is not complete without a visit to one of its gorgeous beaches. A particularly picturesque beach with the typical German canopied sunchairs (Strandkörbe) can be found north of the town of Göhren, so if you decide to hop on the train, you can combine the ride with a beach visit before or afterwards. 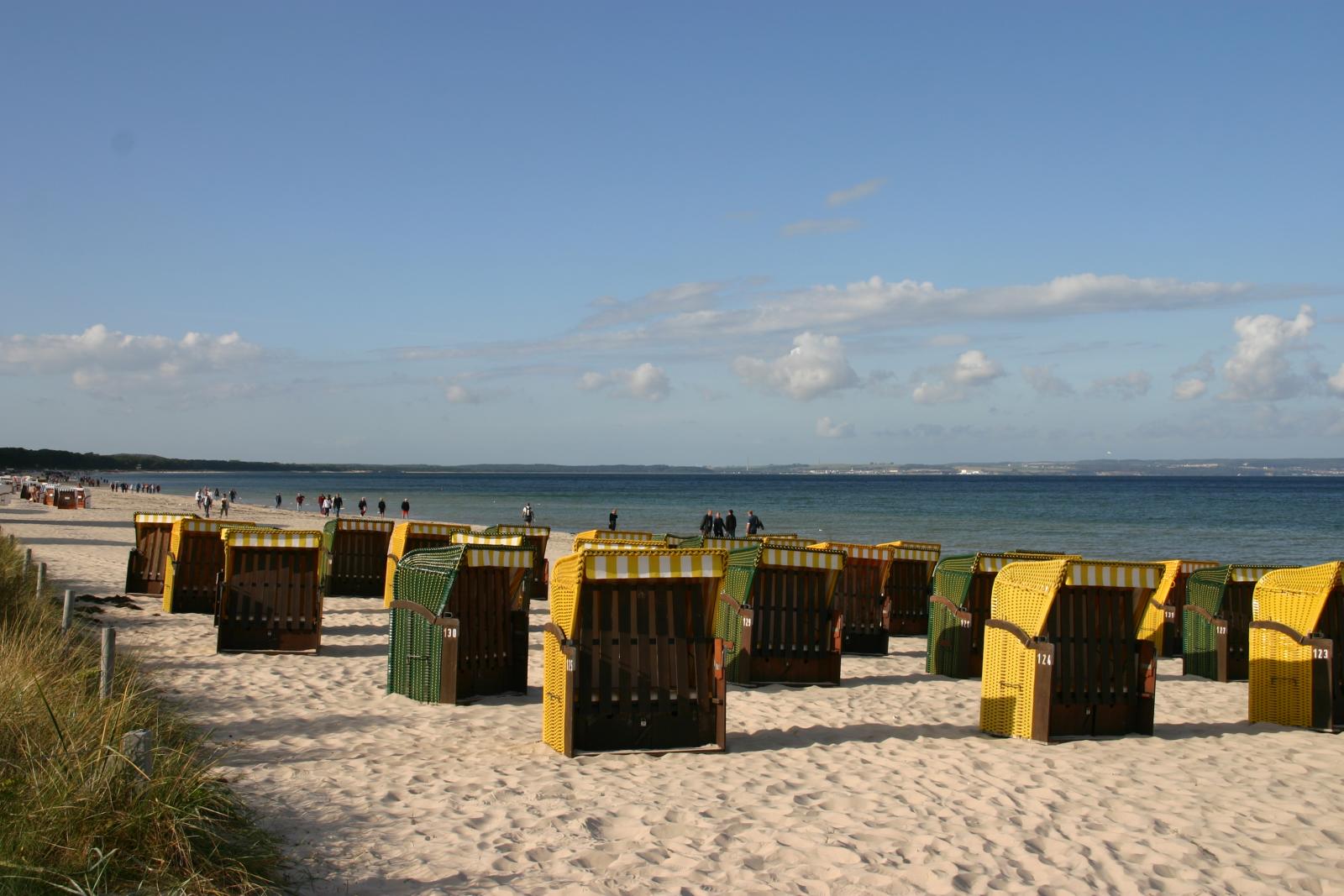 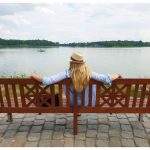 Polaroid of the week: Renewing our energy in Germany
Click here to cancel reply.

Looks like a great place. If I have the opportunity to spend more time in Germany, I'll definitely be checking it out.