In recent years the Spanish Balearic island of Mallorca has moved away from the package holiday crowd with the island’s capital Palma de Mallorca leading the charge with its swanky designer boutiques and Michelin star aspiring restaurants. Elsewhere the rest of the island has followed suit with properties being snapped up by wealthy Europeans looking for a home in the sun.

Mallorca has of course for all intents and purposes remained a summer holiday destination, it’s just that now they want to distance themselves from the bad press of young Brits behaving badly in while out partying in Magaluf. In fact, if you were to stay in the north-eastern corner of the island you would think you were the only one to succumb to Mallorca’s many charms. 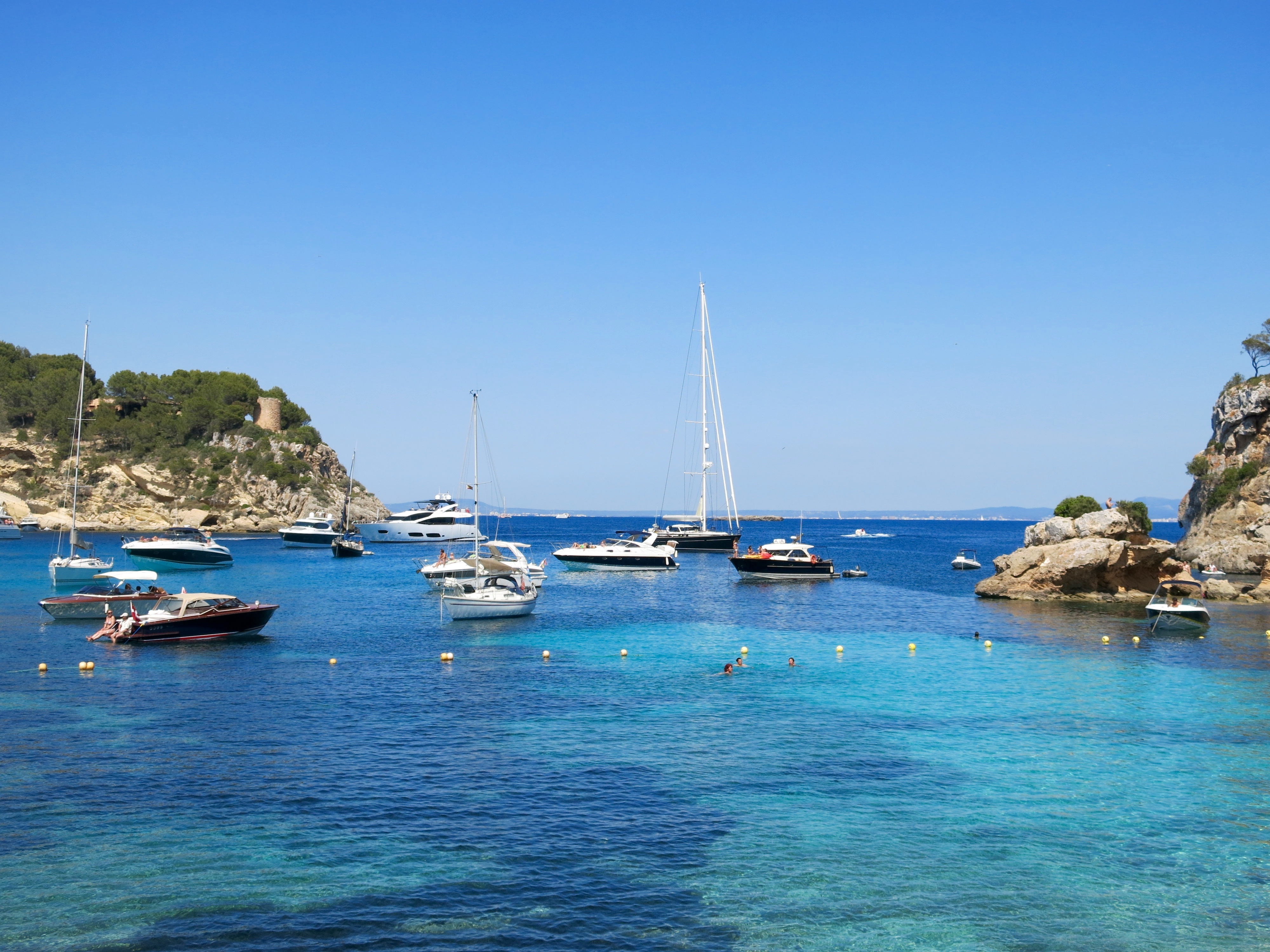 For Spanish artist Joan Miró Mallorca was all about the pure Mediterranean sunlight and the colors reflected off the mountains and sea which is the inspiration for my top 5 prettiest places to see while holidaying in Mallorca.

The best way to get from Palma’s Son Sant Joan Airport to your holiday accommodation is by taxi transfer. It’s wise to read the tripadvisor reviews about Mallorca’s taxis first, as prices & standards on the island can vary greatly. A taxi provides the most direct, fastest & convenient way to get the around the island to any of the pretty destinations listed below. 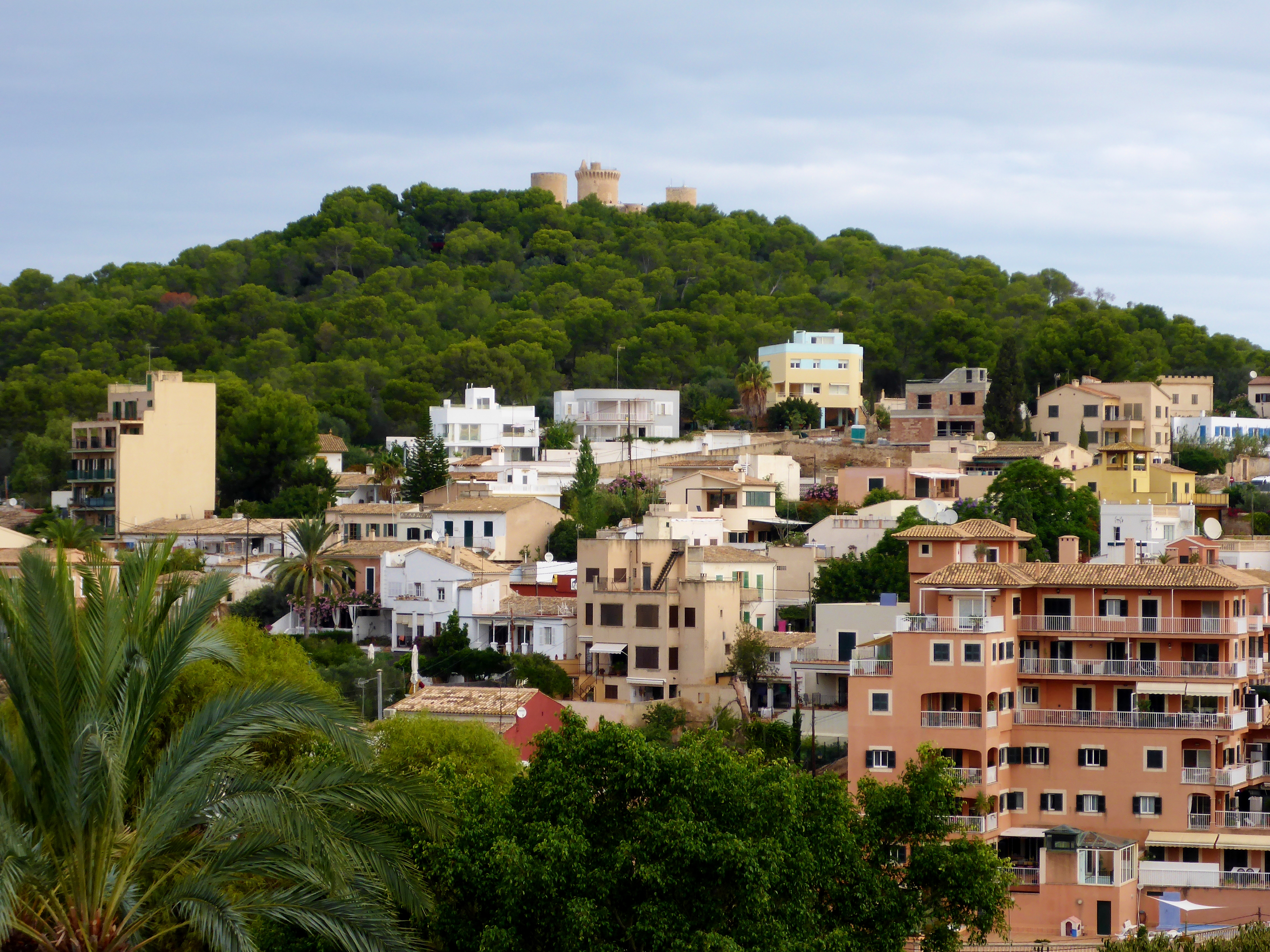 My number one choice may come as a bit of a surprise as it is an event that occurs annually between the months of January and February. I am of course referring to the almond blossom when Mallorca’s nearly 5 million almond trees spring to life with their brightly colored pink, white and cerulean flowers. Almond trees grow all over Mallorca but the best place to see the trees in full bloom is in the central Raiguer District. 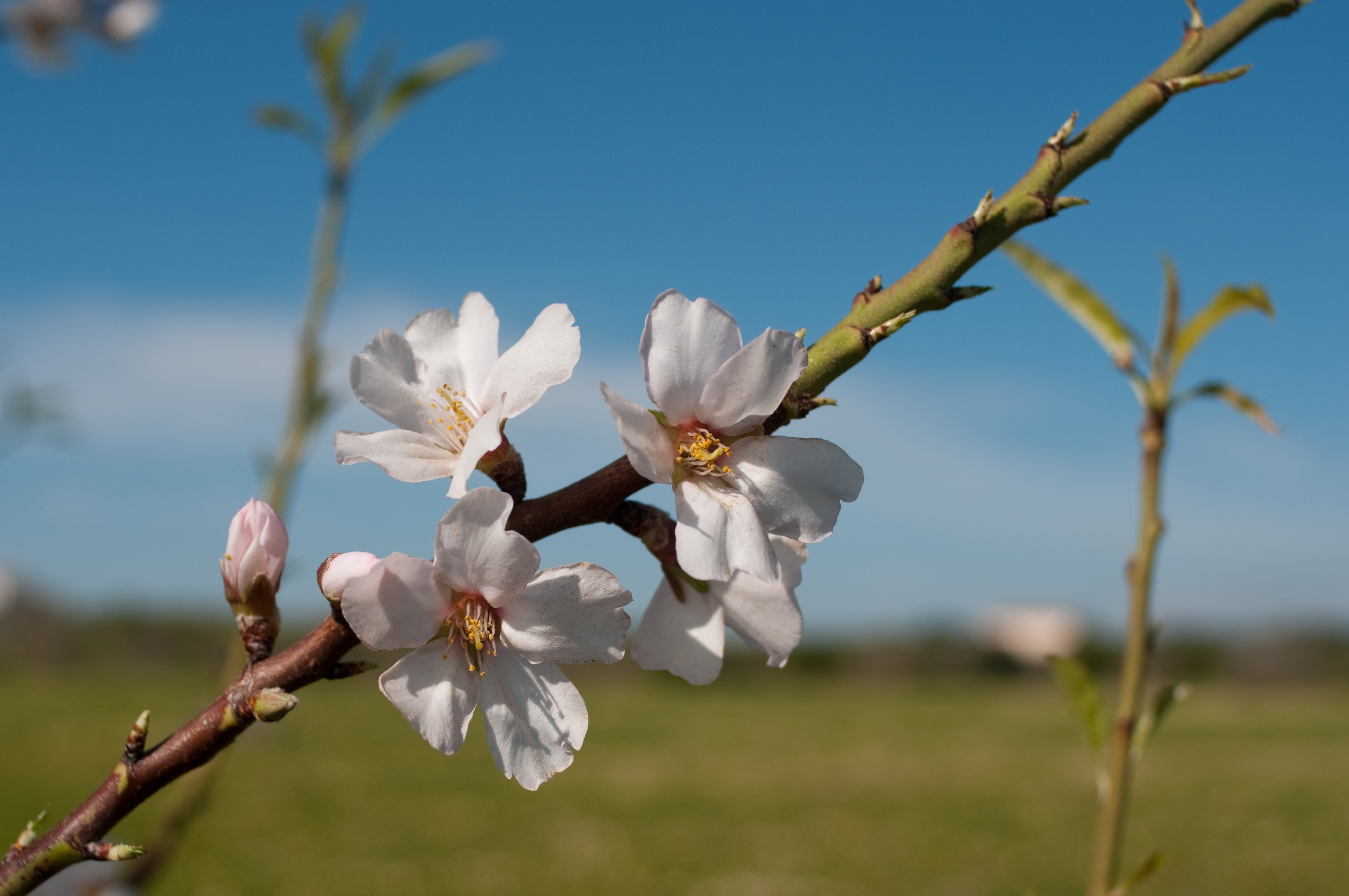 The lighthouse at Cap de Formentor offers incredible views out to sea any time of day but comes alive in the evening when people gather to watch the sun gently disappear into the sea. The 20-kilometre drive up from Port de Pollenca is not for the faint-hearted and will have your palms sweating as you grip the steering wheel while navigating the hairpin bends. In the end, though it is worth it when you will feel as though you are standing on the edge of the world.

As you descend into Palma’s Son Sant Joan Airport you will be blown away by how blue the sea looks from the aircraft’s window and of all the coves and beaches on Mallorca my favourite has to be Calo d’es Moro. Located in the south-east of the island six kilometres from the town of Santanyí, Calo d’es Moro is a small beach surrounded by steep cliffs with some of the clearest turquoise coloured water you will find anywhere on the planet. With limited space available for sunbathing it is best to get there early to claim your spot. 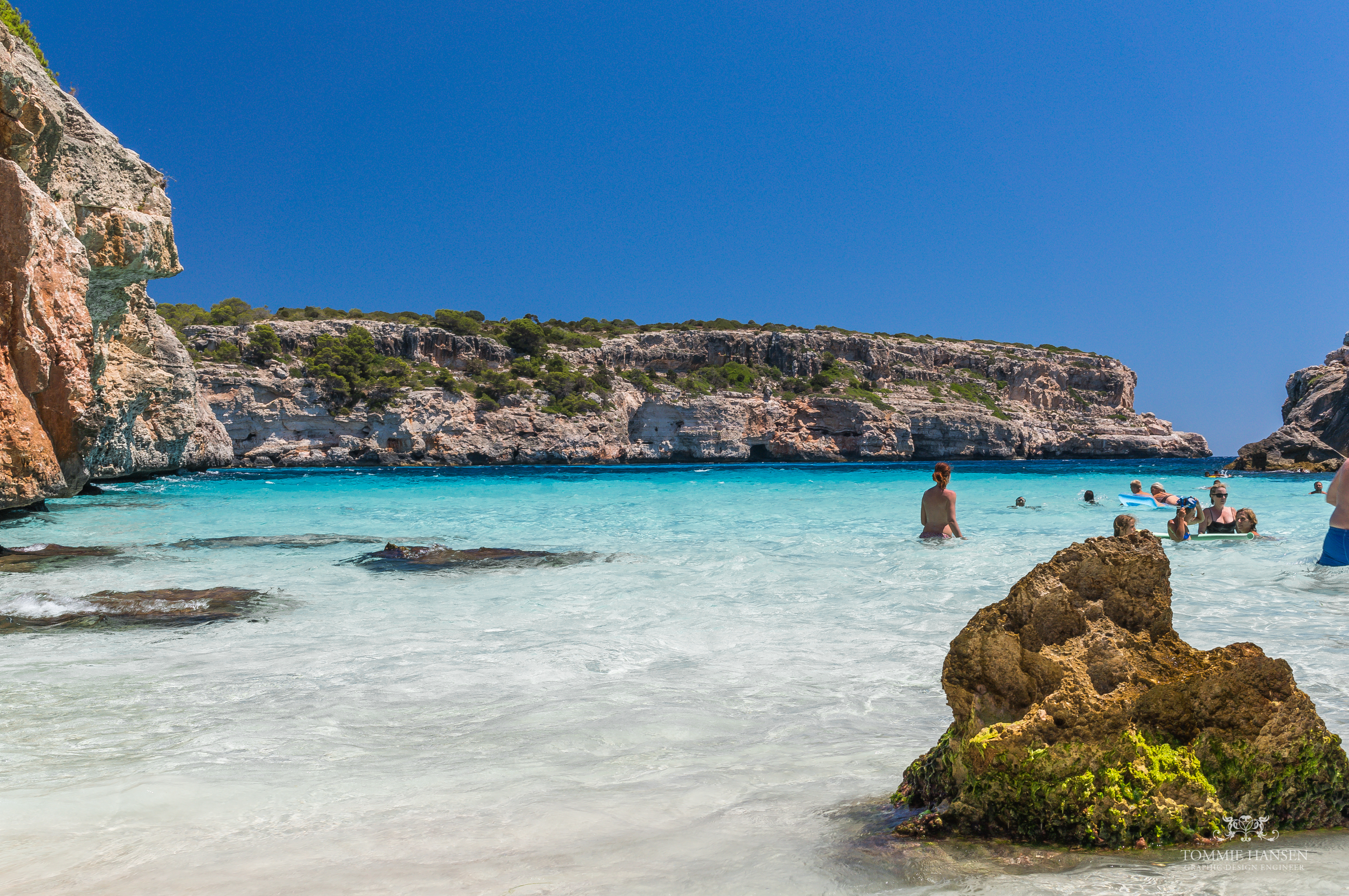 Often described as being the prettiest village in Spain, Fornalutx is nestled in the Tramuntana Mountain’s surrounded by orange and lemon groves. The stone village buildings and their red-tiled roofs appear to be locked in a time warp where nothing has changed for hundreds of years. Ideally suited for hikers and mountain bikers the town attracts hundreds of tourists each summer to come and wander around its narrow cobbled streets. 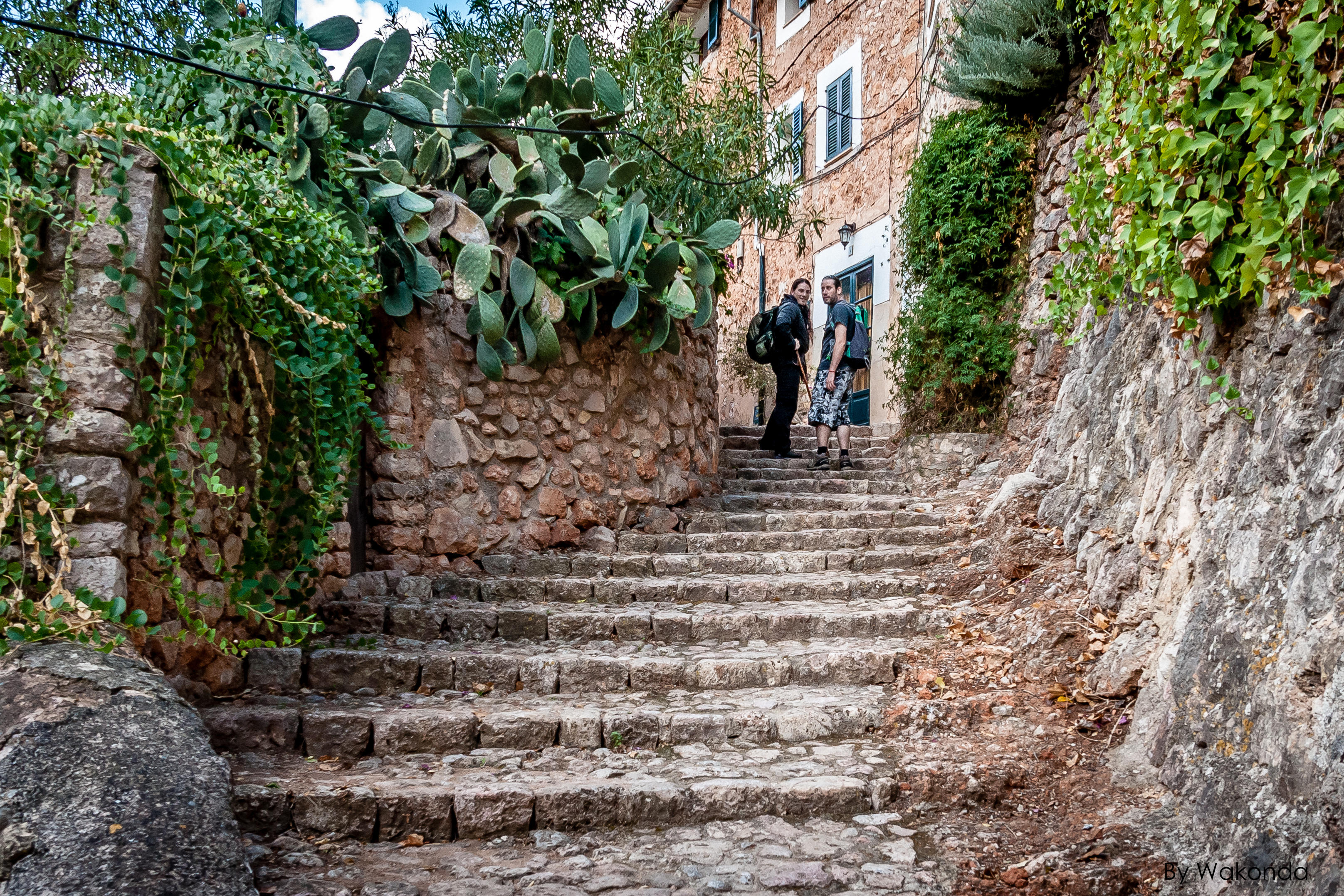 Of all the seaside towns in Mallorca Port de Soller has to be my favorite. Situated on a horseshoe-shaped bay on Mallorca’s west coast, Port de Soller managed to escape the over-development that occurred during the 70s and 80s keeping its traditional old world charm. The town boasts a lovely waterfront promenade alive with restaurants and bars where you can spend a leisurely lunch watching the traditional Llaut fishing boats bob up and down in the harbor. Getting to Port de Soller couldn’t be more fun either with an award-winning 100-year-old wood paneled tram running between Port de Soller and the capital Palma. 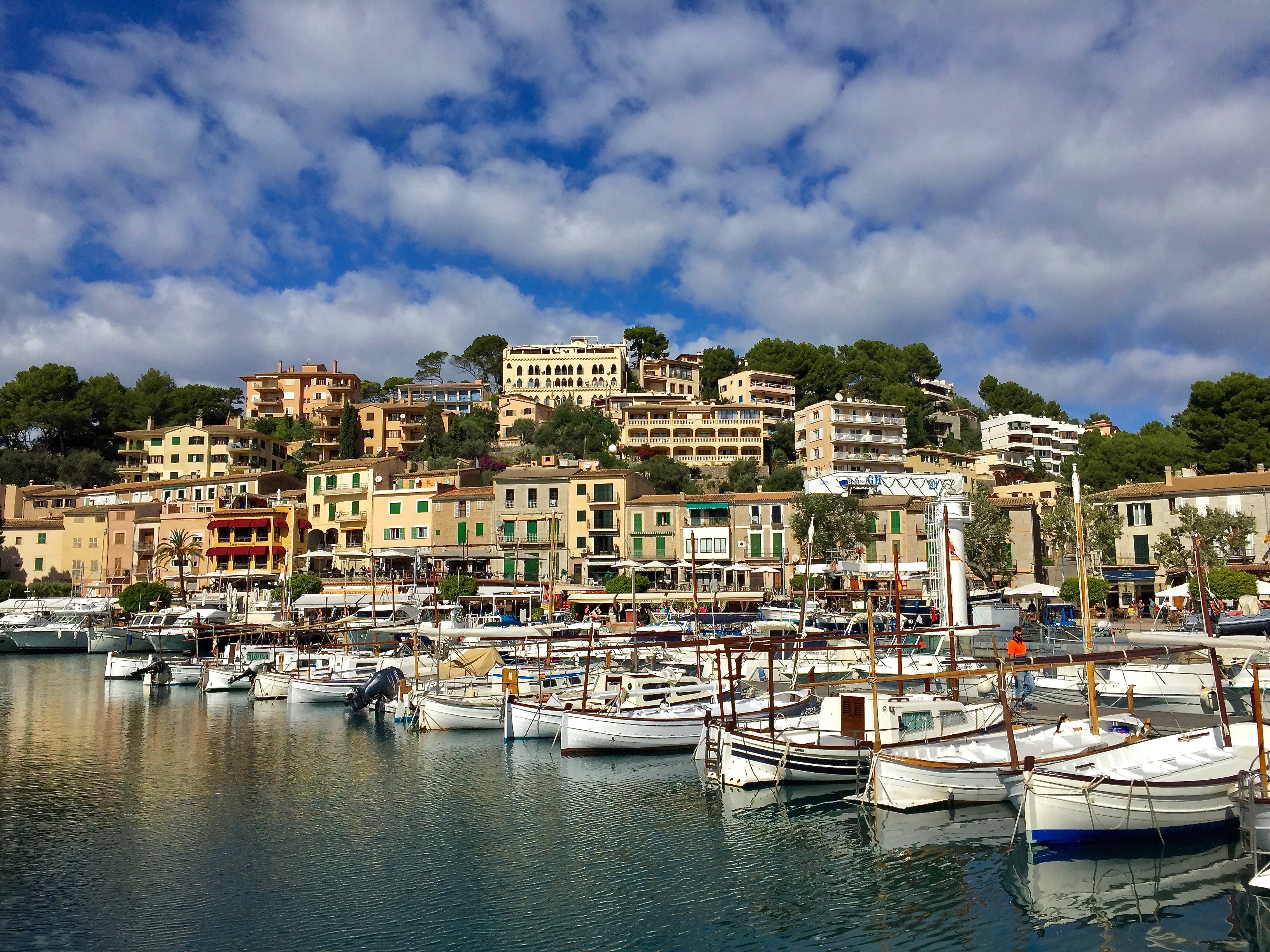 5 Cities You Must Visit When Traveling to India