Costa Rica is the one country in Central America that simply has it all: tropical beaches, extraordinary wildlife, a diversity of landscapes ranging from rain forests and cloud forests to active volcanoes and rolling hills. In addition, Costa Rica has more adventure activities than any other country in the region.

I often get the question which places people shouldn’t skip on a visit to Costa Rica, but recently I was asked what my top choices for thrill-seeking activities were and I noticed that I’ve never shared my picks for the best adventures in Costa Rica – so without further ado, here are the five activities you shouldn’t miss in Costa Rica: 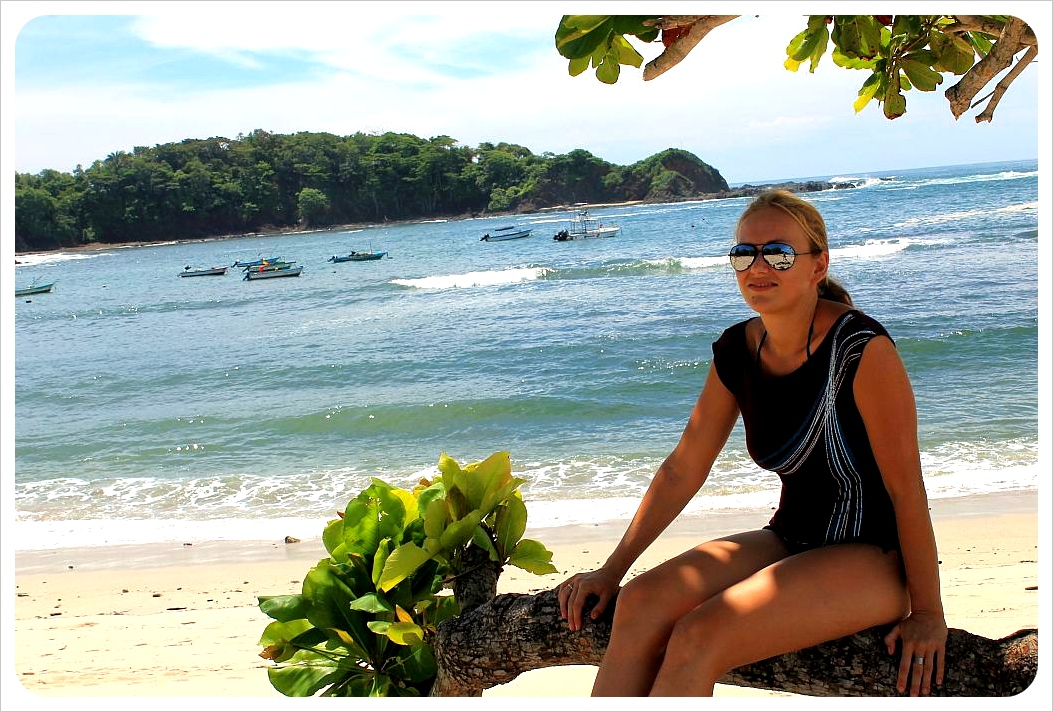 1 White-water rafting on the Pacuare and Reventazon Rivers

Most people don’t know this, but Costa Rica is a fantastic place for white water rafting, with class III and IV rapids, causing Frommer’s to name Costa Rica one of the ‘Top Ten Whitewater River Destinations in the world’. The World Rafting Championship even took place here! The Pacuare, Sarapiqui and Reventazon River are the biggest white water rafting destination, but with countless other rivers in the country, there are many possibilities for rafting in places like Arenal, Jaco and San Jose.

And not only the rapids are spectacular, but also the beautiful tropical scenery you pass on the river: Depending on which river you’re rafting on, you’ll see mountains, wildlife, rainforests, pineapple and yucca fields – and no matter where you’ll raft, it will be an unforgettable experience with splashing waves, wild rapids and a great thrill. A trip on the longest river in the country, the Pacuare, can take up to two days, but shorter 10 mile trips are also possible, for example on the Sarapiqui River near Arenal. 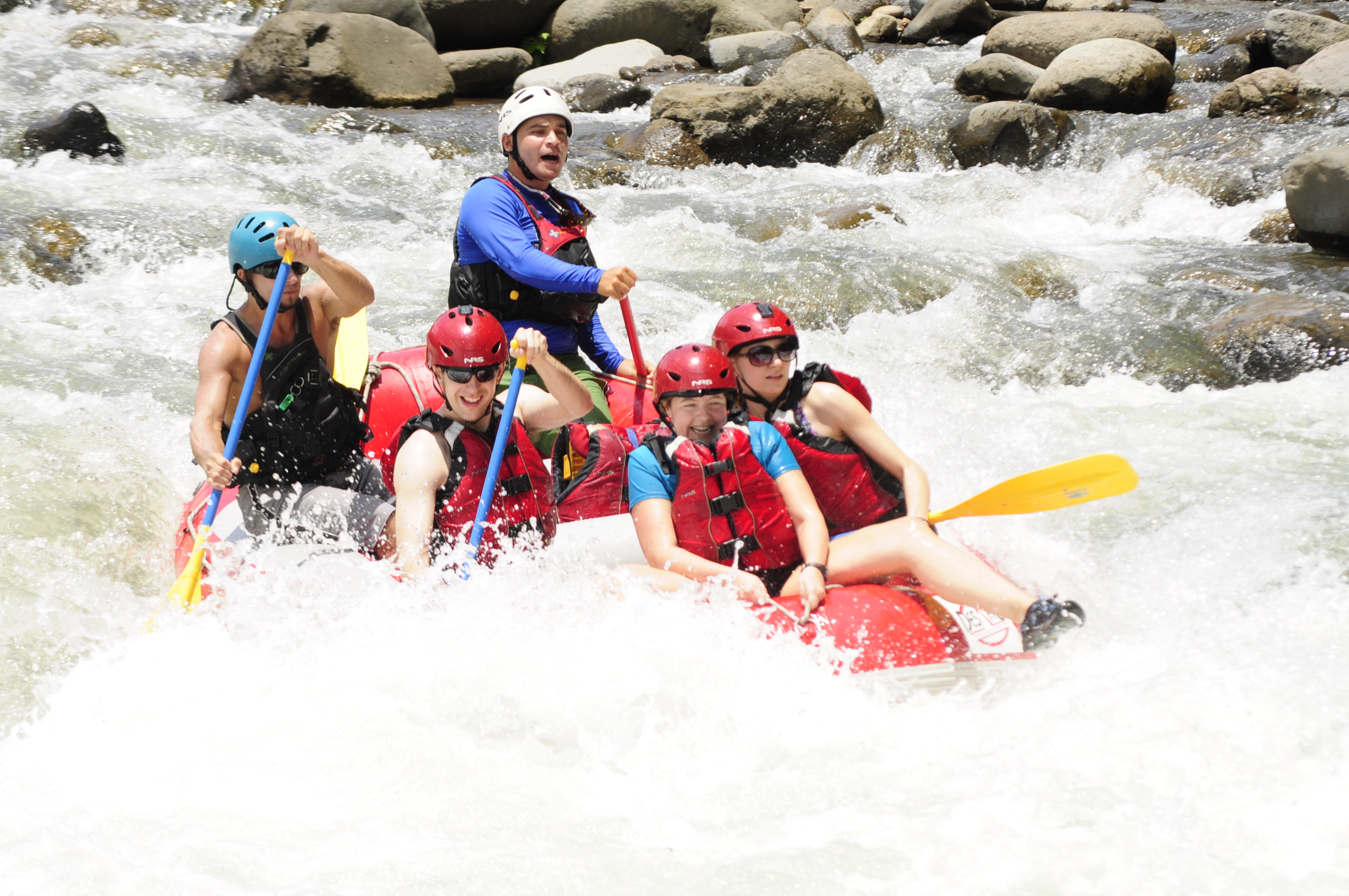 Rafting in Costa Rica by Tshantz on Flickr.com 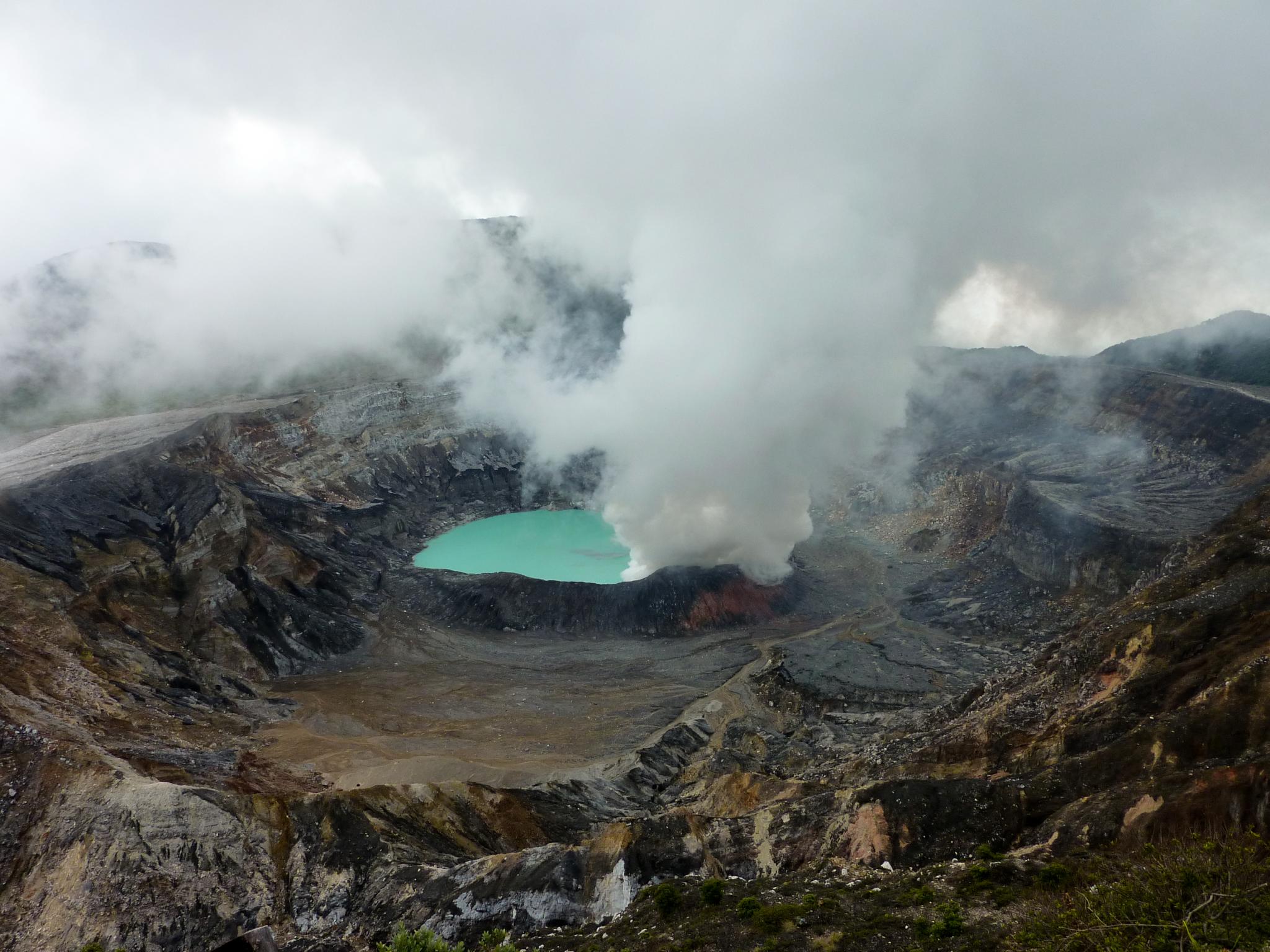 The full-day Poas Volcano tour below, which visits Poas Volcano, a coffee plantation and the La Paz Waterfall Gardens, is a guided tour from San Jose and includes a buffet lunch.

You can zipline in several places around the country, but my personal favorite ziplining spot is Monteverde with its lush green cloud forests. Nestled high in the mountains, Monteverde’s climate is a bit cooler than the rest of the country, but also causes a much more diverse flora and fauna and animal life, especially bird life.

There are several ziplining companies here, offering adventure tours such as the one above: the Mega Mix Adventure Tour, which is organized by Adventure Park and Hotel Vista Golfo in Monteverde, and includes 8 zipline cables, a high ropes course, a “Superman” flight over the tree tops for 750 meters over the tree tops, rappeling, and a Tarzan swing.

The Selvatura Adventure Park in Monteverde is one of the longest established ziplining companies in Costa Rica and offers the most comprehensive canopy tour, including tree-top walkways, hanging bridges, a breathtaking 1-kilometer long zipline and a heart-stopping Tarzan Swing. The park’s walkways and platforms are built right into the cloud forest, and you can zip through the cloud forest on 15 cables, enjoying the nature around you from a variety of different angles and vantage points.

No matter what ziplining experience you opt for – make sure to book it online advance to avoid disappointment / long waits. 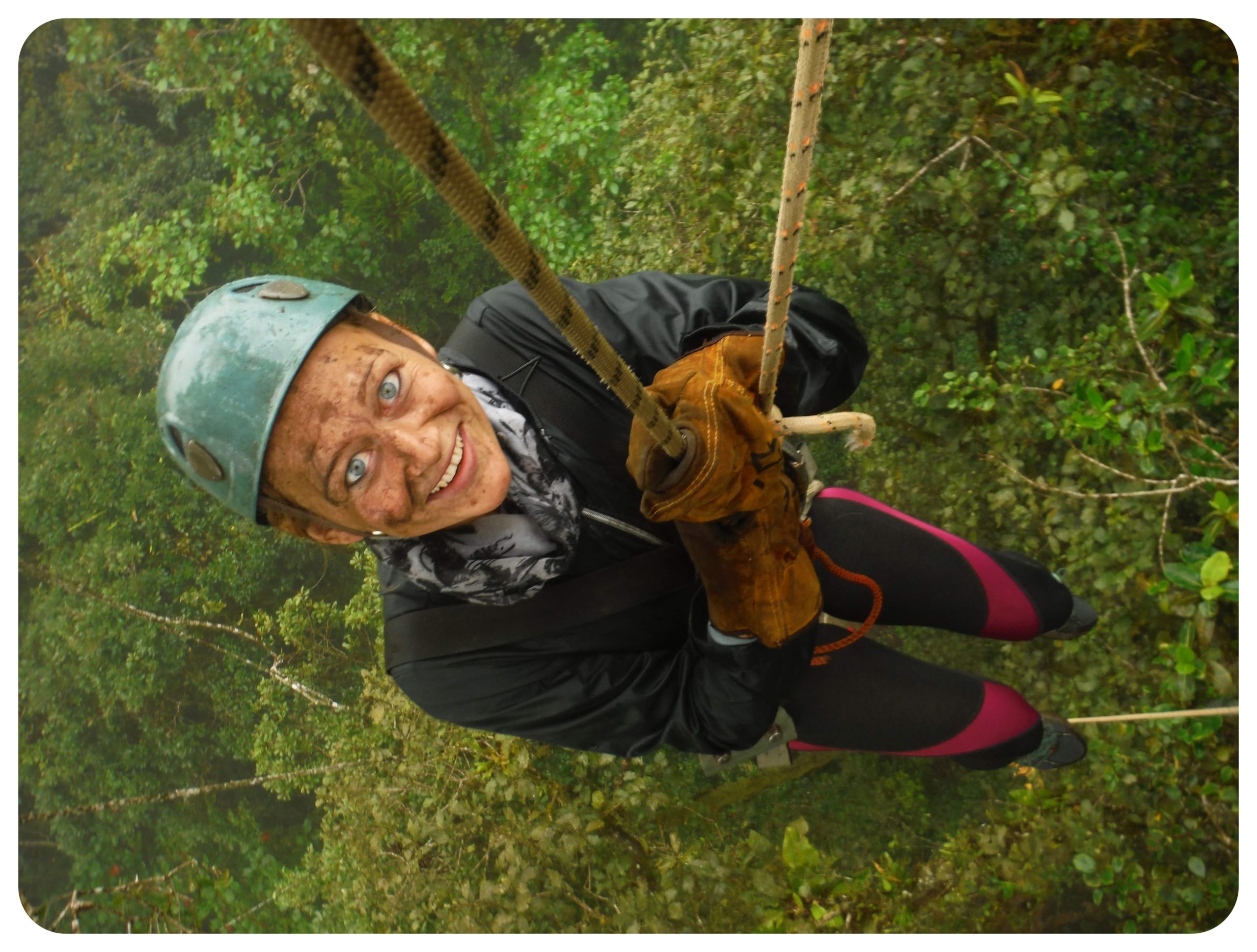 The tiny surf town of Nosara on Costa Rica’s Atlantic coast is, despite its small size, one of the most popular surf spots in the entire world. The surf break here are outstanding, and Playa Guiones, the town’s main surf beach with its 4 miles stretch of sand, is filled with surfers year-round. The long breaks here make it a great spot for both experienced surfers and beginners. The more daring surfers enjoy the more remote Playa Nosara, a black sand beach just north of town, with giant barrels created by shallow reef breaks.

For newbie surfers, there are a number of surf schools in town, and the small number of tourists here create a much bigger relaxed community feel than some of the bigger surf towns in the country. The beaches are beautiful, and it’s one of the places in Costa Rica where the beach meets the jungle, meaning that you’ll see monkeys jumping through the trees on a regular basis but might also see sloths and other mammals. 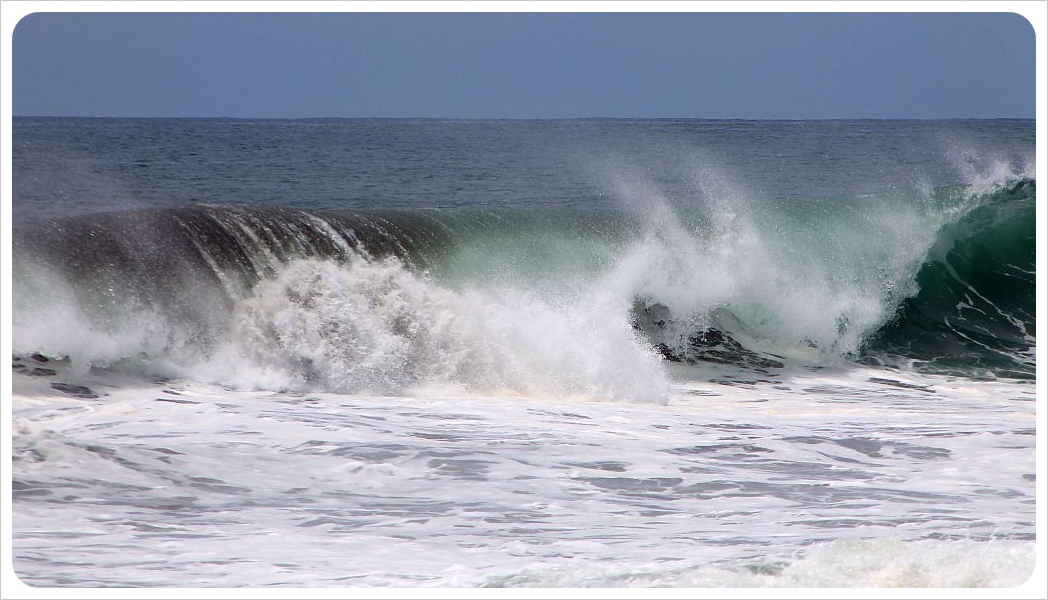 5 An ATV tour in Guanacaste

ATVing is highly popular in Costa Rica, with many locals cruising around on these little four-wheelers, and they are simply the best way to explore beaches, mountains, rain forests and other off-road terrain. 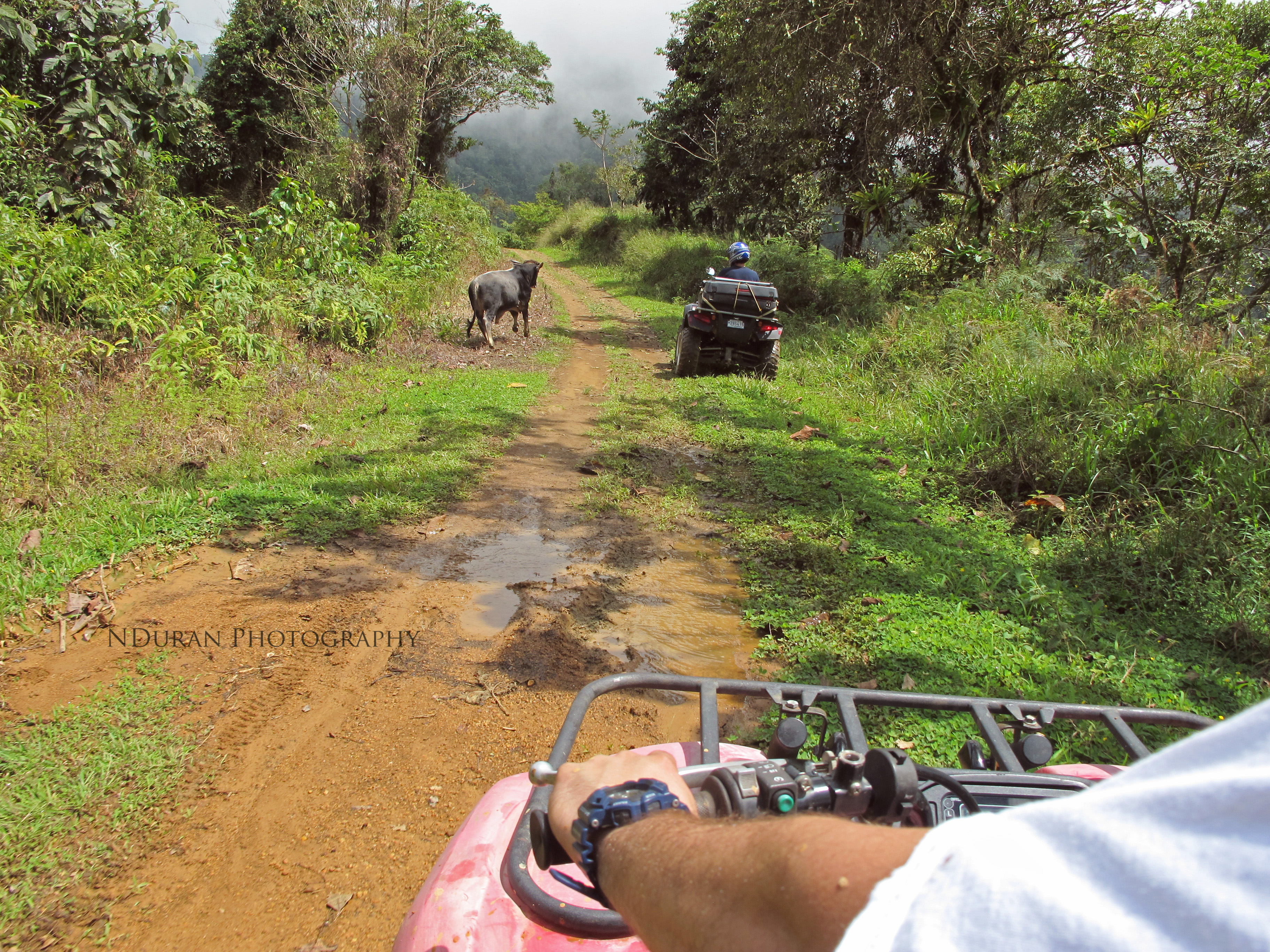 ATVing in Costa Rica by Nori on Flickr.com

The best place to experience Costa Rica’s tropical landscapes on an ATV is Guanacaste, where you find several ATV tours, for example in Jaco. They usually include ocean view points over the Pacific, colorful little villages, rain forests with a myriad of wildlife, waterfalls and watermelon plantations, all while whizzing around on the ATV, combining the thrill of the off-roading with a scenic tour of the country.
The tour below, out of Tamarindo, is a quad tour that includes beaches and jungle (for wildlife!) and several stops at scenic viewpoints. 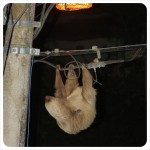 Later this year I will be travelling in Costa Rica and Peru. I will only be in C.R. for 1 week and am staying at Langosta Beach. Please recommend a tour company which does river boat tours.

[…] are plentiful in this Central American country. Travel blog, Globetrotter Girls, has a great list of recommendations for things to do when you visit. Add them ALL to your bucket […]

[…] are plentiful in this Central American country. Travel blog, Globetrotter Girls, has a great list of recommendations for things to do when you visit. Add them ALL to your bucket […]

I haven't been to Costa Rica hear though it is amazing. Definitely the volcano and zip lining are what I want to accomplish.

Costa Rica is just perfect for adventure travelers... I recommend it to people all the time because it's the perfect place to combine beach with adventure and wildlife :)

I agree that Costa Rica is an amazing destination that shouldn't be skipped. I know it gets a bad rap for being too expensive and too touristy, but there are ways to work around those things and it truly is a beautiful country. The ziplining in Monteverde was one of my favorite activities in Costa Rica. You really can't ask for more beautiful scenery :)