Our time at the beach house has gotten considerably more intense since our last post.

Do we stay or do we go

The most notable change was the arrival of hurricane Ernesto in Mexico last week. The storm itself is said to have reached Category 2 as it hit land just 20 miles north of the beach house, ripping through the jungle and knocking down all the power lines in its path.

But it was the build-up to the hurricane that was so intense. Speculation as to whether what was then tropical storm Ernesto would turn into a hurricane or fade out into a tropical depression. And if it did become a hurricane, would we stay or would we go.

It began almost a week before the storm with an email from the homeowner whether we had heard about the possibility of Ernesto coming to visit. At this point it was laid back, a possibility, something to keep an eye on and a topic of discussion with the neighbors.

These were the sunniest of days spent relaxing in the water, working from the hammocks or right on the beach. A possible hurricane seemed surreal, but emails kept coming from the homeowners in the States and the whole hurricane threat slowly kept building. 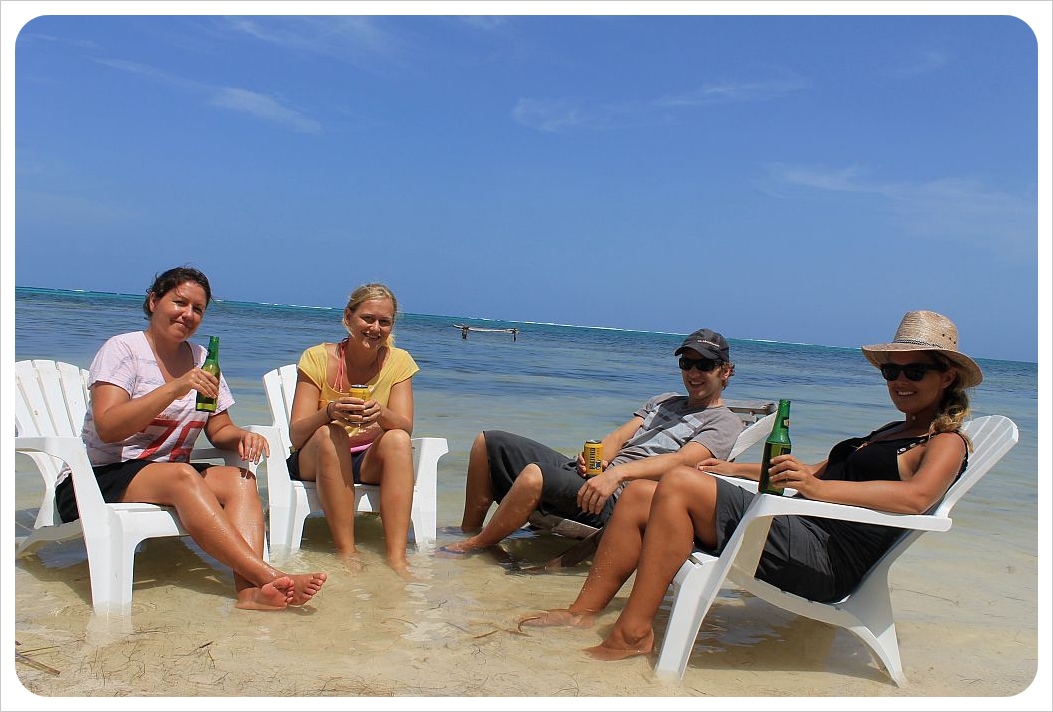 Two days before the hurricane – a storm seemed impossible.

We went over how we would pack everything up, including whether or not to knock all the coconuts out of the palm trees in the front so they didn’t end up shattering windows.  And then, slowly but surely, everything got technical.

Avoiding the ‘Dirty’ side

The local expats started talking about the chances of being on the ‘dirty’ side of the hurricane – meaning the hurricane hits south and winds hit counterclockwise and cause much more destruction.

Suddenly all we wanted was for the storm to hit north. There was no doubt now that the storm was coming, and not only would it be a hurricane, it could possibly pick up speed to become a Category 2, which, according to the Saffir-Simpson Hurricane Scale on Wikipedia, means that ‘extremely dangerous winds will cause extensive damage’.

We looked at our options. We could stay in a house not 30 feet from the beach, hours from any sort of real assistance, no phone or internet waiting out a possible Cat 2 hurricane that could take up to 18 hours to pass overhead.

Or we could leave.

There had been some heavy rain the day before, but the morning we left, the water was calm, the birds were chirping, and the only indication that something was a bit ‘off’ were the dozens of dragonflies that were hovering around.

An eerily calm ocean on the morning of the hurricane.

In fact, we almost felt foolish for leaving. Many of the expats were staying and the homeowners kept saying it was ‘our call’, which to us meant they would stay if they were here. Our Mexican neighbors to the south had been boarding up and made their escape that morning too, and as we made our way through the village, watching the sun glistening off the bright blue ocean out the windows of the truck, we passed all the fishing boats which had been called in, and passed by the clapboard houses all boarded up and empty. The locals had fled.

As we made our way north, several Army pick-up trucks filled with Mexican soldiers sped past us, back toward where we came from, and in fact much of the Costa Maya was evacuated just a few hours after we left to head to Playa del Carmen.

After five weeks down in the middle of nowhere it felt great to rejoin civilization again for a few days and made us realize just how isolated we have been and how ready we will be to leave here in two weeks. But it will be bittersweet. 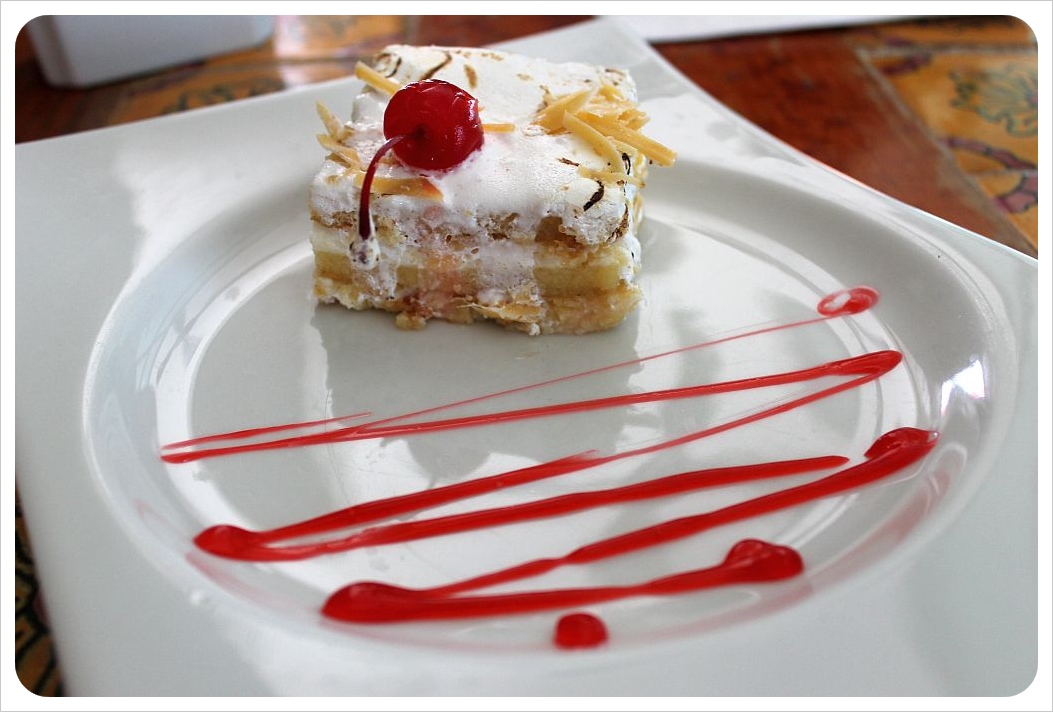 A piece of cake in Playa del Carmen – Dani’s first cake in weeks!

This is the longest we have ever stayed anywhere in over two years (previously that was our lovely Canada housesit last summer). This is also the longest we have ever had to bond with a pet, too, and leaving Loba will be gut-wrenching. We seriously love this dog. She is full of personality and has some of the most adorable habits, like when she hops through the shallow Caribbean water hunting for fish, looking more like an antelope springing up and down across African plains. Dani taught her to give paw, and we spent hours playing with her, or watching her sprint laps around the beach like a race dog. No matter where we are in the world, we will always think about her all the way down here guarding the beach house. 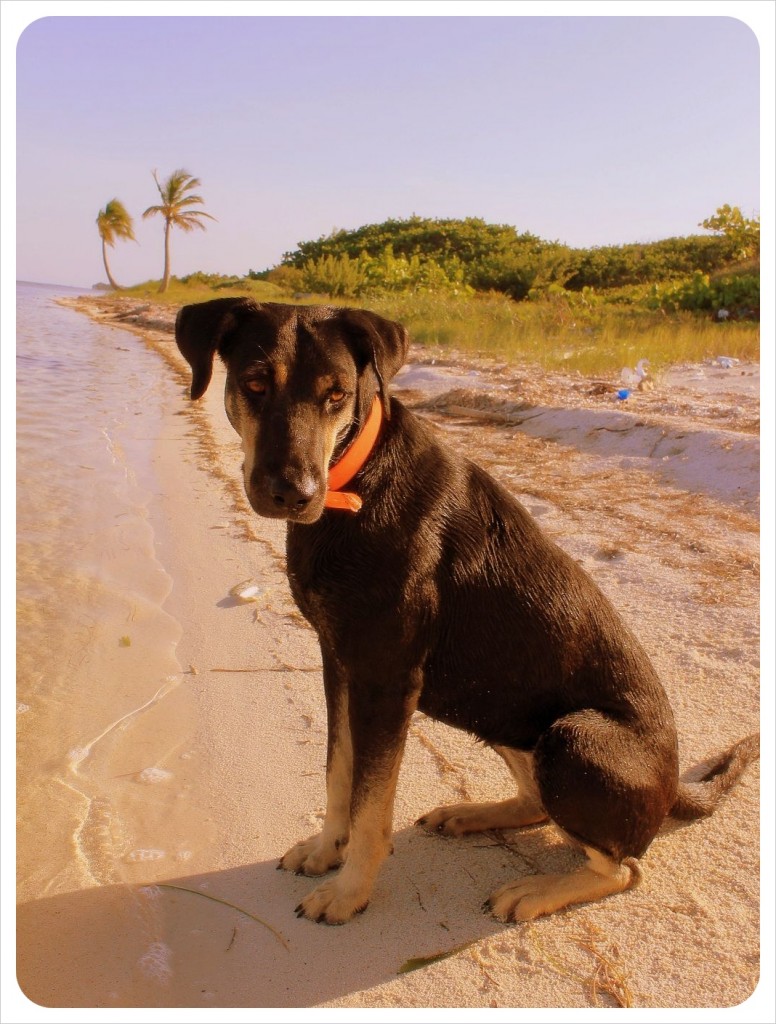 What seemed like an endless stretch of summertime has now whittled its way down to less than two weeks left here at the beach house. The countdown begins. Only two more times filling water in the solar batteries, four more times with the generator, a few more dinners with our awesome new Kiwi friends / fellow house-sitters and not enough time to catch up on all the snorkeling we wanted to do when we arrived…

There might be some snorkeling to be done though on our next stop: Costa Rica! That’s right, we have been accepted for our sixth housesit of 2012. This time it will be a two month stint in a beach town on the Nicoya peninsula…a new puppy, a new house and much more civilization – relatively.

Stay tuned for our final Notes from the Beach House – Mexico edition – in two weeks’ time. Let’s hope for a hurricane-free time until then!

Start housesitting today! Find out more about the most comprehensive book on the subject here, written by us for you: Break Free – The Ultimate Guide to Housesitting. 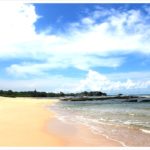 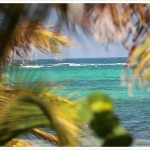 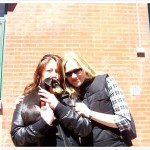 Notes from the Beach House: The Earthquake Edition - GlobetrotterGirls

[…] summer ended with us moving on from our housesit in Mexico, where we escaped Hurricane Ernesto, to the next housesit in Costa Rica – just in time for us to experience the long-awaited […]

[…] dog I was taking care of was adorable. The downsides of the housesit weren’t insignificant (escaping a hurricane, terrible wi-fi, no cell phone reception, basic living, lots of responsibility, and tears when I […]

Having lived through many hurricanes (I grew up in Puerto Rico), I can tell you that the best thing you guys did was to leave. I feel like people do not take hurricanes as seriously as they should, so I'm happy to read that you guys took the right precautions ;)

Wow, I can't imagine what it would be like to live in a place where hurricanes come through almost every year, Maria! It seemed like the expats down there were all up for an 'adventure' but we were good without living through a hurricane - the tropical depression we experienced in Belize two years ago was enough :D

Raymond @ Man On The Lam

Is it wrong that while you were wishing that the storm would hit north, I was wishing it would hit south (I was in Cancun at the time).

Glad you (and Loba) made it out alive!

Yes, we were pretty happy about our decision to leave instead of 'sitting it out' and when we got back and see the destruction along the way, we were glad that we had left. Hurricanes are just no fun :D

You guys do so well with your housesits! We are hoping to find one in January/ February when Steve is editing his film. I hope we have the luck you have! Any tips for first timers?

Hi Victoria, we actually just updated our Housesitting Page: http://globetrottergirls.com/housesitting/ - it has all the websites we use (and more) and some tips on how to get a housesitting gig. We will write about it more in our newsletter too and I will email you with some more info shortly! We love housesitting and we can't recommend it enough. I hope you guys will find one - where are you looking (geographically)?