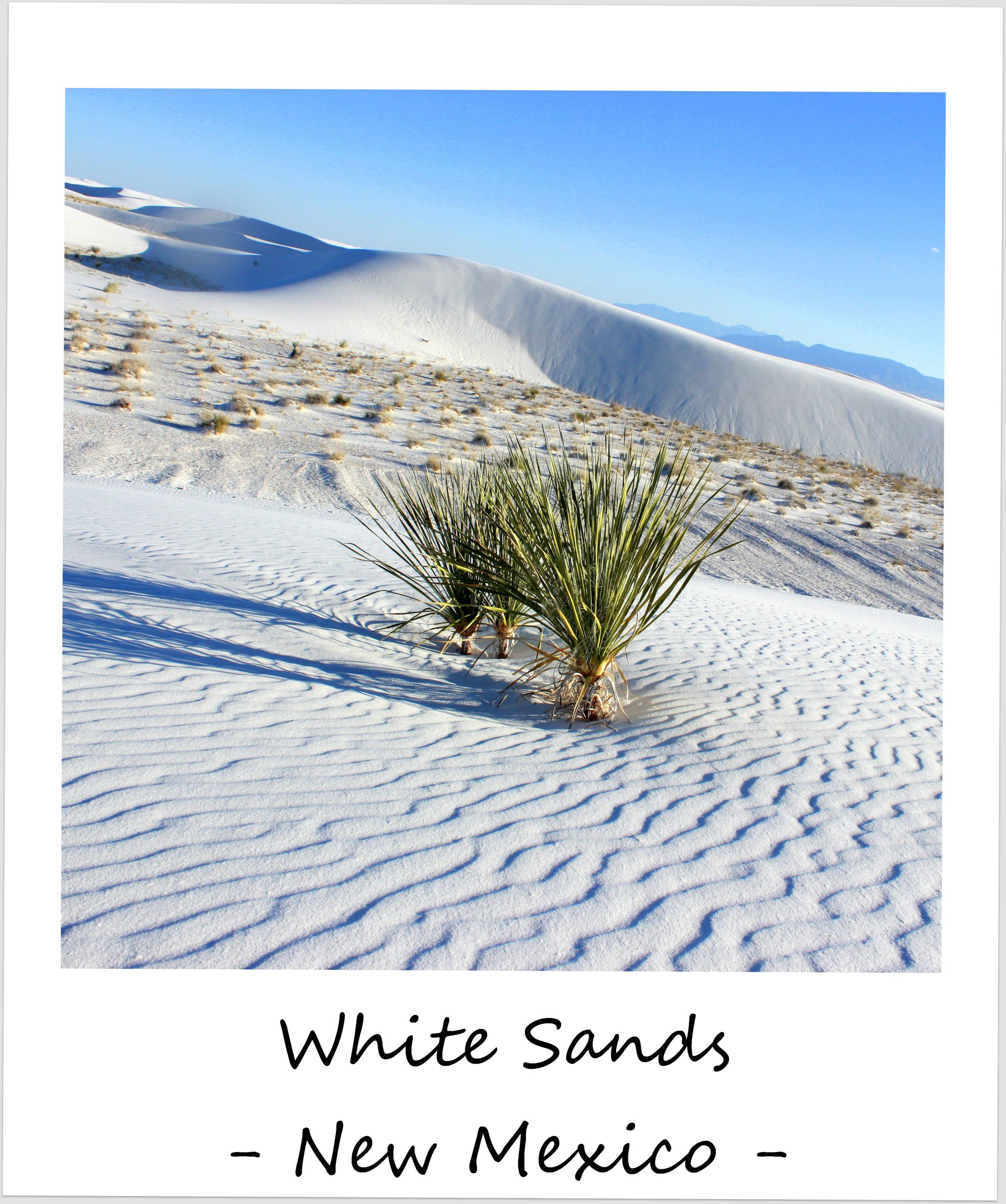 For my road trip from Tucson to Austin I was stoked about the two stops me and my passenger would make along the way: Big Bend National Park in Texas for the Santa Elena Canyon hike, and White Sands in New Mexico, which I had already visited during my New Mexico road trip a few years ago, and which I loved. That shouldn’t come as a surprise – White Sands is a desert after all, and as many of you know I love deserts. White Sands with its bright white dunes is truly special, something I’ve never seen anywhere in the world (not even on photos of deserts around the world, but tell me if you know of any other white deserts so that I can add them to my travel wish list!).

I was excited to go on another hike in White Sands – and this time in a bit cooler weather (last time I came here it was over 100°F /38°C and we actually had to turn around before finishing the trail). Even though dune after dune might seem repetitive, no dune is like the other, and every time you climb up a dune, you have yet another sweeping view ahead of you. Most of the desert is unvegetated, but there are some desert flowers in White Sands which remind you of the fact that what you are walking on used to be the bottom of a massive lake covering 1,600 square miles during the last ice age. The contrast between the bright blue skies and the white sand makes for some great photo opps, and I ended up with over 600 photos of my day at White Sands, even though it was my second time there!

It was, however, my first sunset – something I really wanted to photograph. We watched the sun go down behind the mountains from the top of a dune, slowly coloring the white sand in a soft glowing pink, and quickly leaving us feeling cold. It might be over 100°F during the day, but the desert sure gets cold at night. We ran back through the dunes to the parking lot, now understanding why so many people get lost here, despite the posts that stick out of the sand in regular intervals to mark several ‘trails’ in the dunefield. In the dark, we could barely make out the posts (which are already hard to spot in bright daylight sometimes) and got a bit nervous if we were following the right direction. In the end, we made it back to the parking lot though and finished our day in White Sands with a picnic in one of the futuristic picnic areas.

I felt lucky that I got to visit this remote place not only one, but two times – and I wouldn’t mind returning for a third visit.