Netherlands Polaroid of the Week by Dani on September 6, 2015 11 comments amsterdam Polaroid 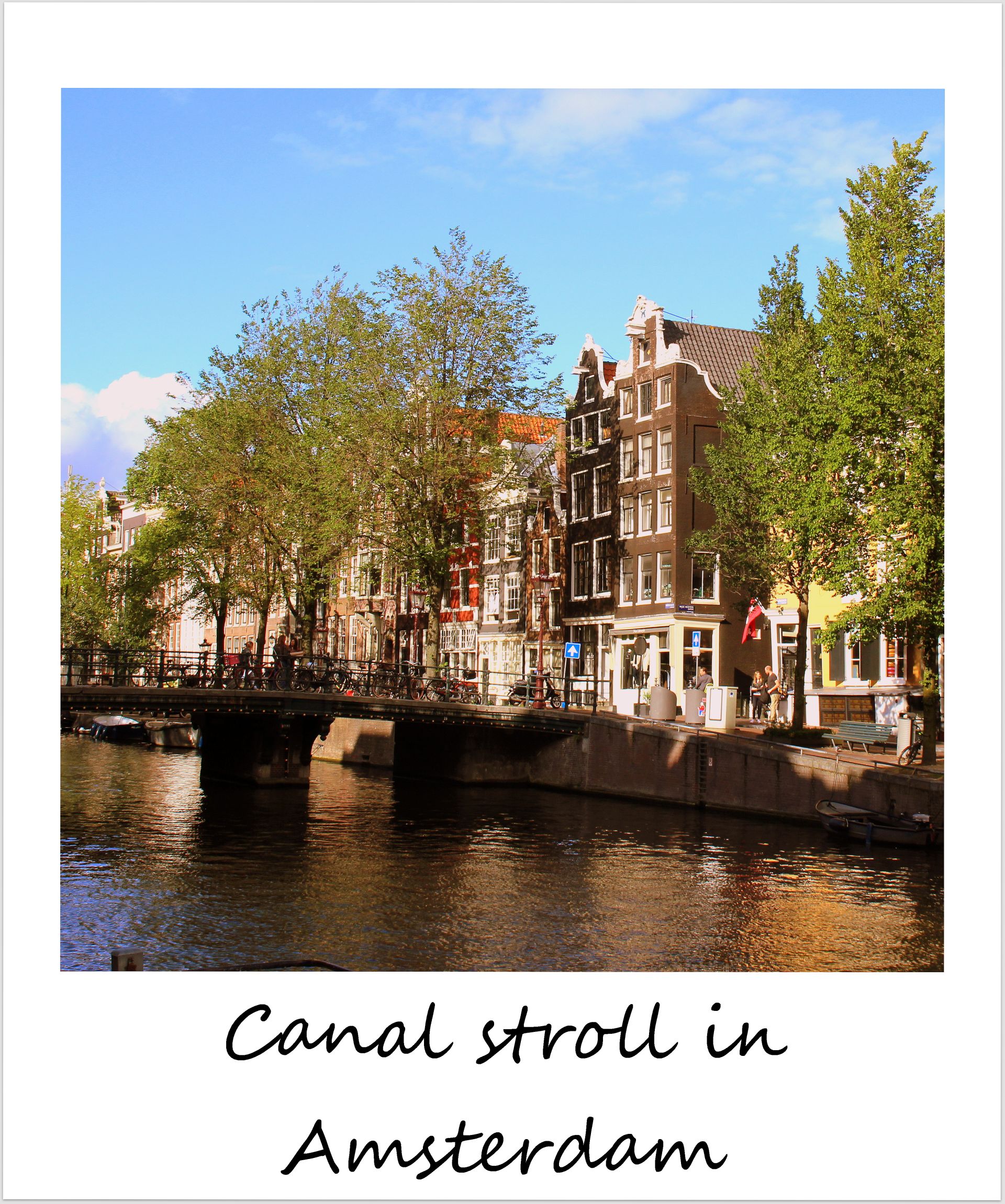 I’ve officially kicked off my European train adventure and my first train rides were fantastic! My initial train ride brought me directly from Berlin to Amsterdam (in less than 7 hours), a city I had visited several times in the past. However, my last visit was over a decade ago! That’s why I decided on a whim to include Amsterdam in my Euro train trip – everybody keeps raving about how gorgeous Amsterdam is, but my own memories of the city were vague.

Upon arrival, the city’s unique atmosphere put its spell on me immediately: the canals, the thousands of bicycles, the beautiful 17th century merchants houses with their hoists, the infamous 420 coffeeshops and the smell of fresh waffles lingering in the air.

As I wandered the narrow streets alongside the canals that criss-cross the city, I wished I had more time to explore the city, but I made the most of it: I aimlessly strolled through Amsterdam, without a map and without a destination, walked over dozens of the 1,500 bridges that span the canals, sat down by the water and let the scene around me sink in: a weed-smoking older couple that was laughing hysterically right next to me, lovers making out on a bench across the canal from me, a man and his dog passing by on a houseboat, followed by a larger tourist boat, while cyclists whizzed by me on the street behind me.

Amsterdam has a vibe like I have never experienced anywhere else in the world – and I don’t think there’s any other city that compares to it, with its quaint brick buildings on the one hand, and its notorious Red Light District with the (near)naked ladies waiting for clients in the large windows on the other.

What I love about Amsterdam is that it is simply a livable – and yet extremely picturesque – city. Instead of chasing major landmarks, you can spend your days just taking in the atmosphere, absorb local life and explore what is beyond the maze of canals that makes Amsterdam so famous.

Amsterdam, I’ll be back for sure – and hopefully this time it won’t take me a decade to return.