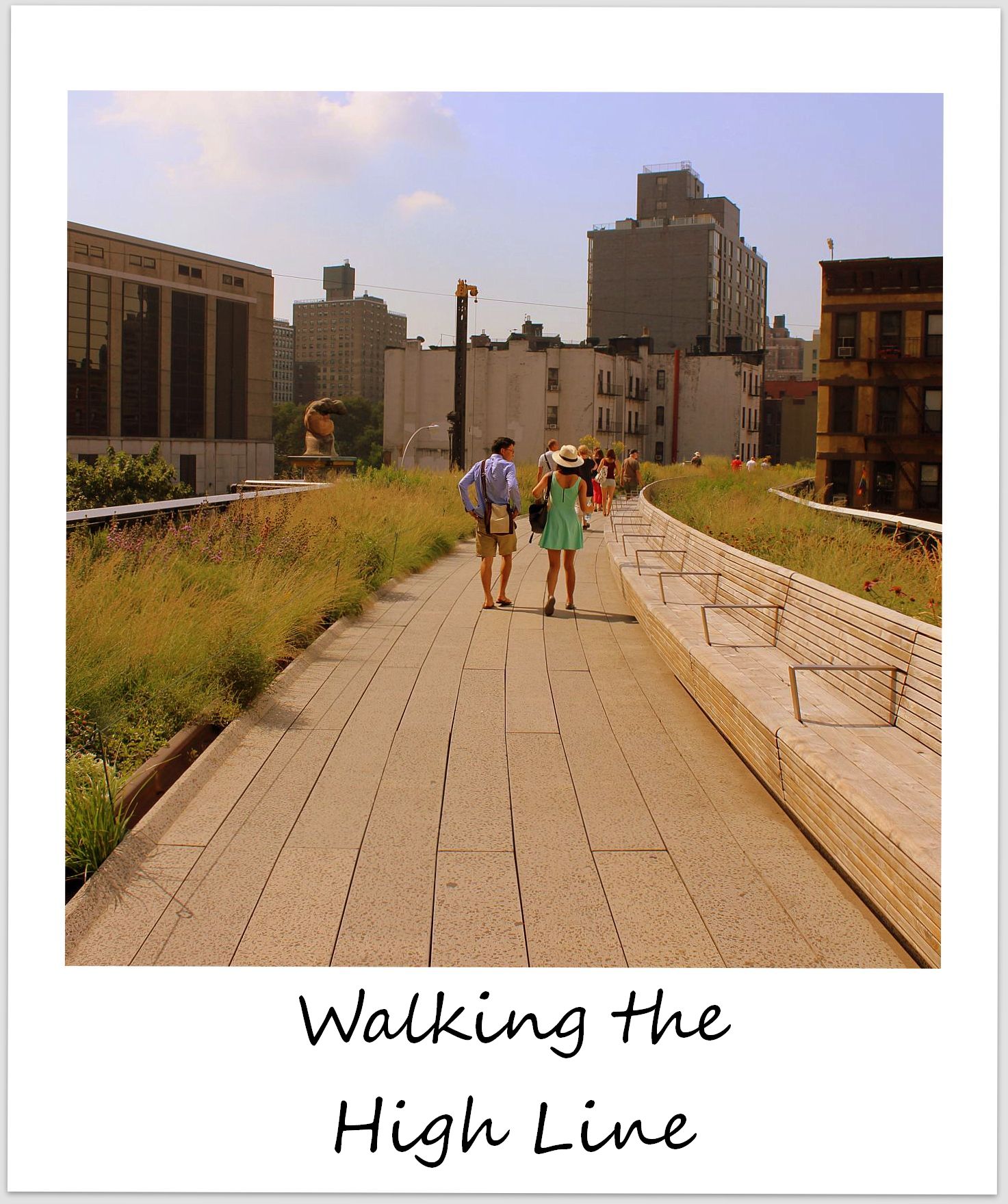 As you are reading this, I am touching down in Tel Aviv to start my four-week Israel adventure. Saying goodbye to New York was bittersweet – while I was excited about leaving for a new country, I also left with a heavy heart, because these four months reinforced my love for New York once again, and I left a big piece of my heart there. I was so not ready to leave – the only reason I left was because my visa ran out, but I absolutely loved my summer in New York (and not just because I healed my broken heart there).

I already mentioned briefly in my Life Lately post that I ended my stay in NYC in style – with a housesit in a luxury Chelsea apartment. The apartment was a stone’s throw away from the High Line Park, which I had visited several times throughout the summer, but always when it was ridiculously crowded. Now that I lived so close to it, I finally made it to the High Line during less busy hours: in the early mornings and late at night. I ended up going there five times during my week in Chelsea!

The High Line, a former elevated freight railroad track, has only been open for five years, but has quickly become one of the most popular parks in the city. As of now, the green space winds its way through the buildings of the Meatpacking District and Chelsea for only one mile, but an extension has been in the works for a while now and is supposed to open later this month. I never get tired of walking the entire length of the linear park – there’s always something new to discover (street art, architecture, flowers, photo shoots…) and there’s also nothing wrong with just chilling in the sun loungers for a couple of hours’ people watching or reading a book. I’ll share some more photos of the High Line and all the things I love about it with you soon.

New York City, I look forward to seeing you soon again… Thank You for the amazing summer!

[…] planet in Crown Heights in August and another kitty cat in a fancy Chelsea apartment right off the High Line Park. And this was another First for me: because people I knew vouched for me, none of the word-of-mouth […]

My favourite park in New York, we stayed in a hostel right by it when we were in New York in October 2012 and walked at least part of it every day of the five days we were there. It reminded me of the L in Chicago, winding above ground, between buildings while peeking into people's apartments :)