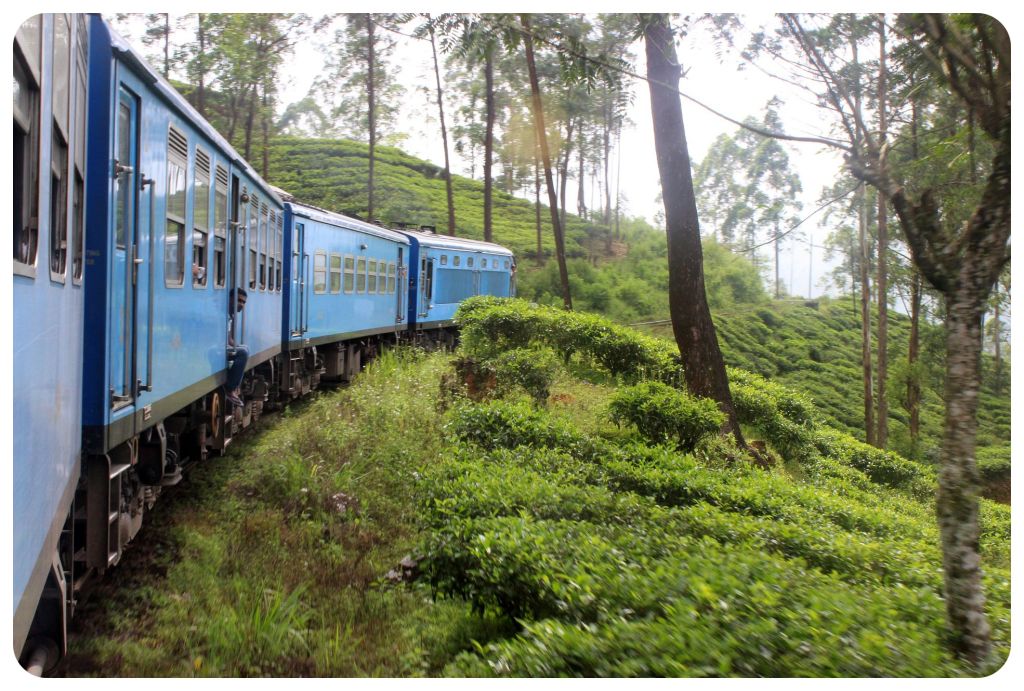 Sri Lanka. A tiny island in the Indian Ocean, and yet it seems that Sri Lanka has it all: Beautiful palm-fringed beaches and world heritage sites; luscious green hills in the tea country, the most charming Dutch-Portuguese colonial town (Galle), wildlife and scrumptious food – there is so much I want to share with you. But I thought that before going into detail, I’d share some interesting Sri Lanka facts that you may not know about this small nation. 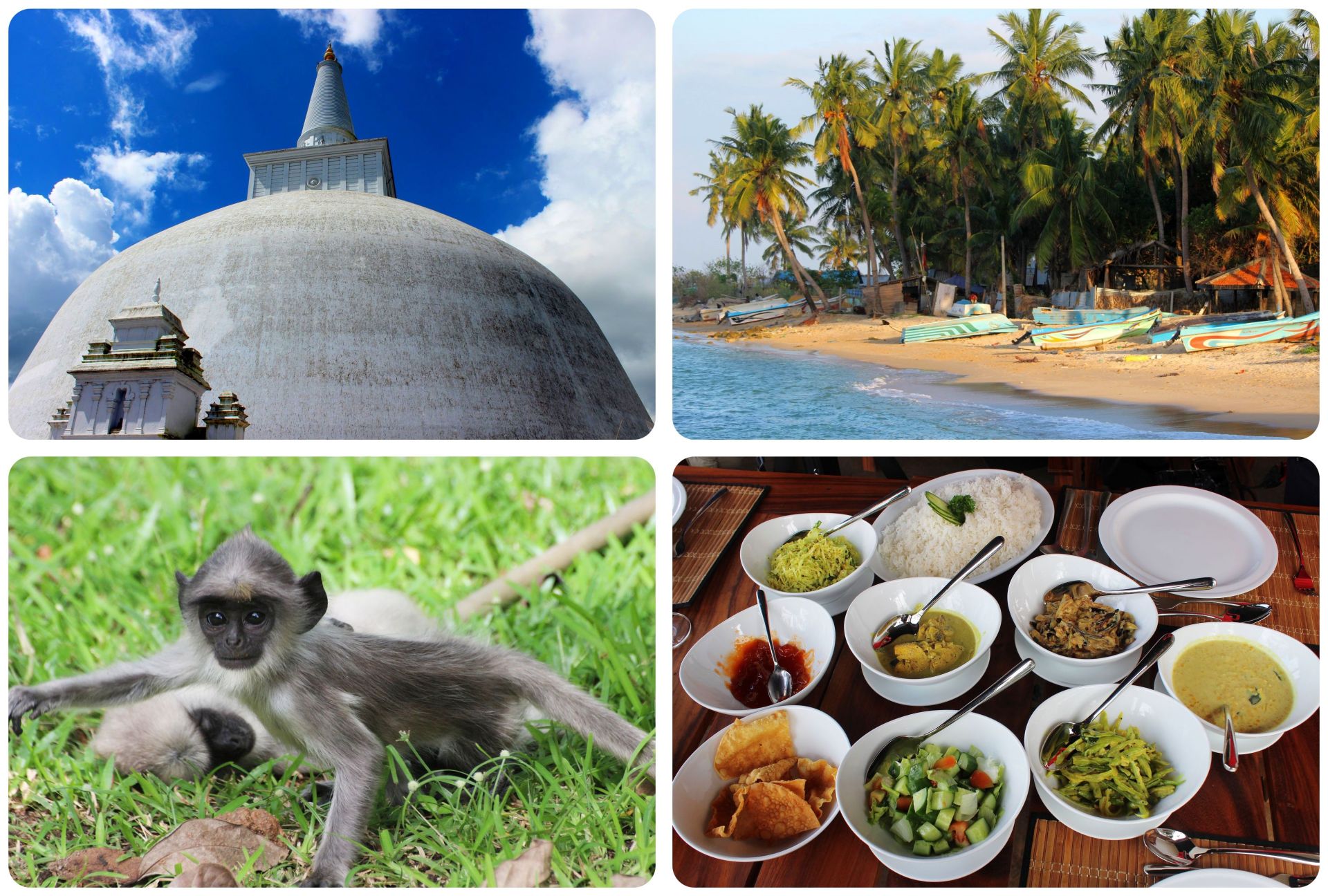 The ‘Pearl Of The Indian Ocean’ swept me off my feet – completely unexpected! If you haven’t considered visiting Sri Lanka, I hope that my upcoming articles will intrigue you. Sri Lanka is inexpensive to visit, there are direct flights to several European destinations (London, Milan, Warsaw), and a Sri Lanka visa is easily obtained online.

Read on for my first impressions of Sri Lanka and some interesting Sri Lanka trivia:

The Pearl Of The Indian Ocean: Sri Lanka Facts & Figures

I was surprised when I found out how many people didn’t know where exactly Sri Lanka was, which is why I’ll start with this handy map:

Sri Lanka sits just southeast of India – at the narrowest point, only 65 kilometers divide the two countries. There used to be a ferry service between India and Sri Lanka, but at the moment, it isn’t running. The country of 21 million people is 25,332sq miles /65,610 sq km large, that compares to the size of West Virginia, or about the size of Ireland or Tasmania.

Sri Lanka trivia: Thanks to its pearl shape, the island is often called ‘Pearl Of The Indian Ocean’.

Sri Lanka was known as Ceylon until 1972. Why? Because Ceylon was the name the British gave the country when it was a British colony, and Sri Lanka – since 1948 not under British rule anymore – wanted to shed the last remainders of the colonial times. There are some organizations that still carry the name, and Ceylon Tea will always keep this name, since Sri Lankan tea is just too well known under this name. 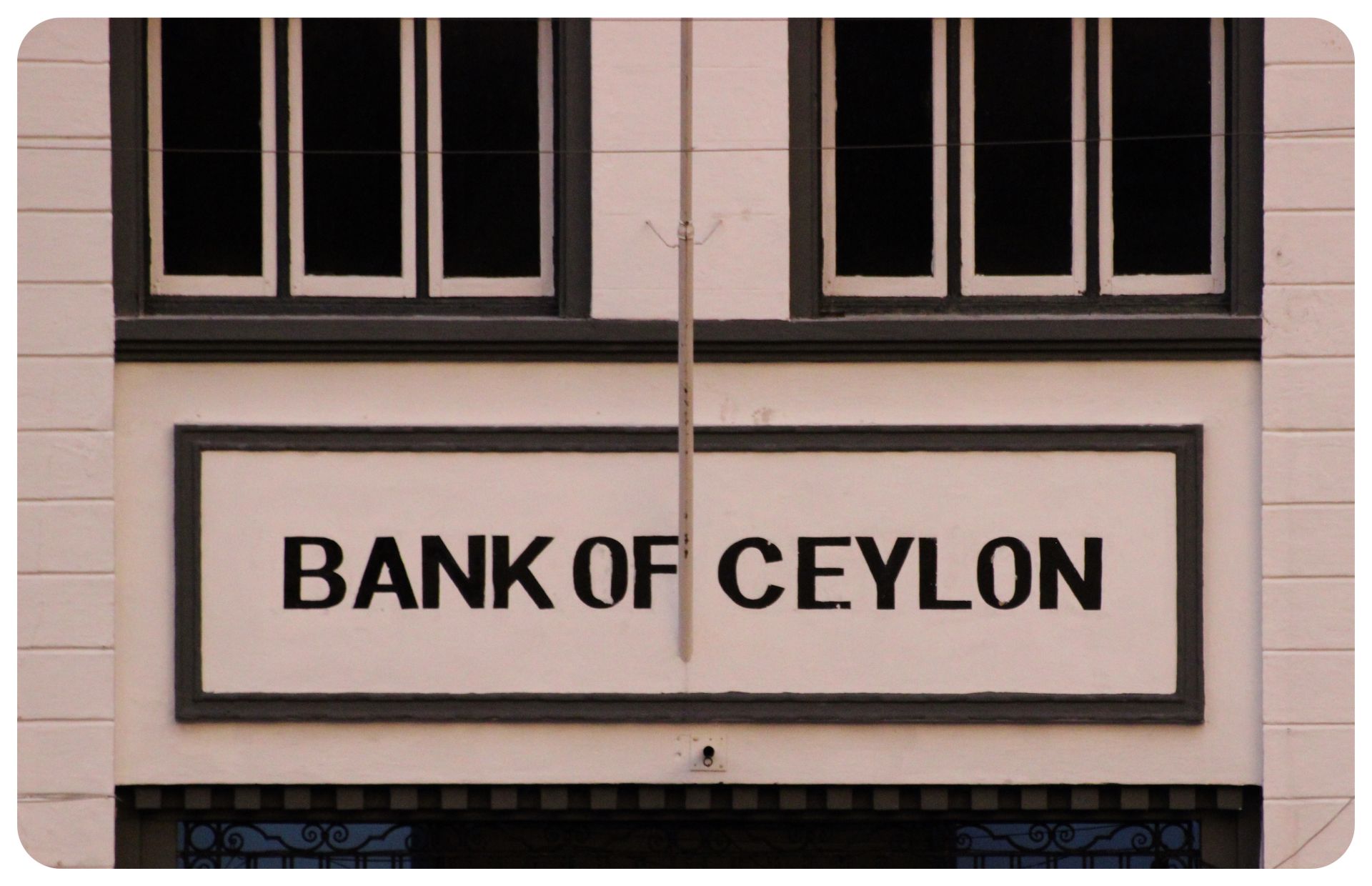 The country of cinnamon

Here’s a Sri Lanka fact that I was completely unaware of: Sri Lanka is the world’s largest producer of cinnamon and its biggest exporter. I loved seeing how cinnamon is actually made by peeling the branch of the plant, and then carefully cutting the cinnamon of it slice by slice. The rolled up cinnamon sticks are then laid out to dry (pictured below). When you are in Sri Lanka you will smell the enticing scent of cinnamon in a lot of places.

Considering the country has over 830 miles / 1,300 kilometers of coastline, you’d expect there to be lots of beaches, but to honest – I didn’t expect there to be so many exceptionally beautiful beaches (maybe because none of the beaches in nearby India blew me away?)! So if you’re into any sorts of water sports – surfing, scuba diving, snorkeling, water-skiing – or just enjoy relaxing on a glorious sandy beach, you can do that in Sri Lanka. I could have spent much more time beach hopping around the country and am already looking forward to returning at some point to do exactly that. 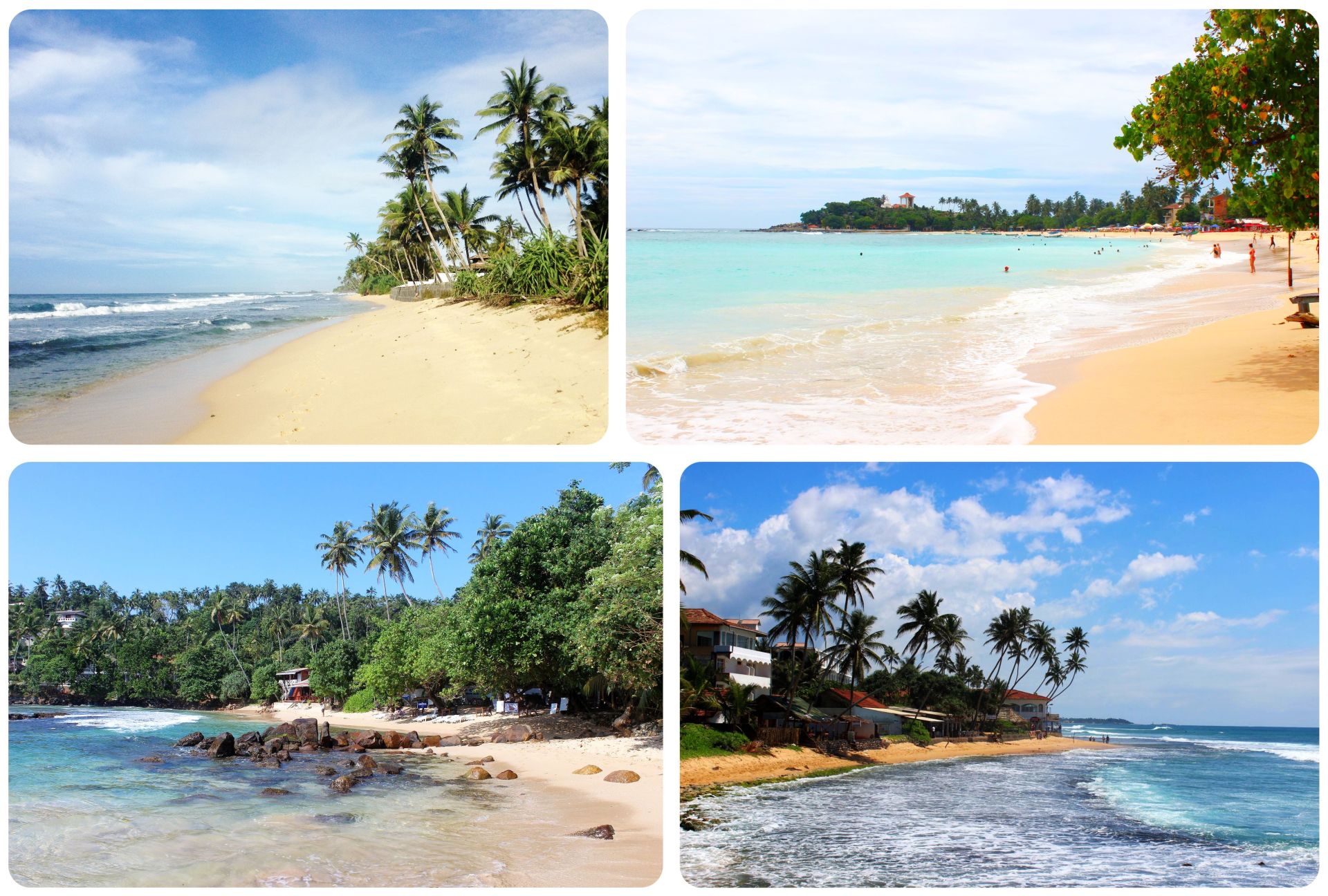 Sri Lanka is a paradise for fans of UNESCO World Heritage sites: there are eight sites scattered across the country! And considering how small the country is, it is actually possible to visit them all on one trip to Sri Lanka, whereas in the U.S., this would be impossible. Sri Lanka’s UNESCO sites include: the Temple Of The Tooth in Kandy, the sacred ancient city of Anuradhapura, the ancient city of Polonnaruwa, the fortified city of Galle, Dambulla Cave Temple, the ancient rock city of Sigiriya, the Central Highlands and Sinhajara Forest. 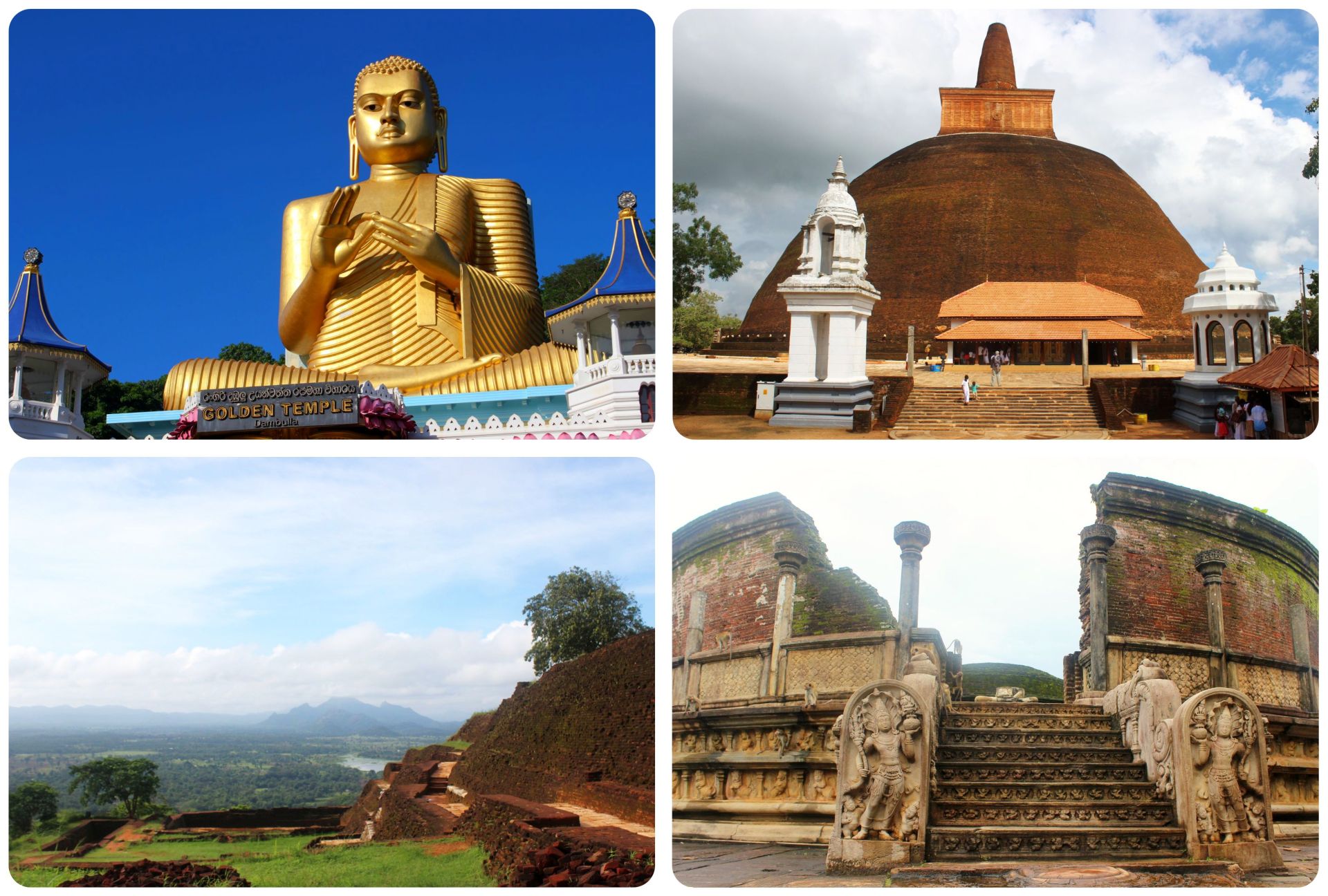 The country is divided into two major ethnic groups: Sinhalese Buddhists (74 per cent) and Tamil Hindu (18 per cent, the remaining 8 per cent is made of smaller ethnic groups). Sinhalese have a longstanding history in Sri Lanka, whereas Tamil workers were only brought to Sri Lanka under the British in the 19th century, when they were used to work in tea, coconut and back then also coffee plantations. There have always been tensions between the Tamil and Sinhalese, but they grew considerably as the Tamil were deprived of citizenship when a new Sinhalese government was formed after the British left. Eventually these tensions led to the civil war in Sri Lanka, which lasted from 1983 to 2009. The country is still recovering from the effects of the long-lasting war.

Beaches, mountains, the tea country, wide open green plains, tropical jungles, Sri Lanka has it all! For such a small island, Sri Lanka is incredibly diverse. 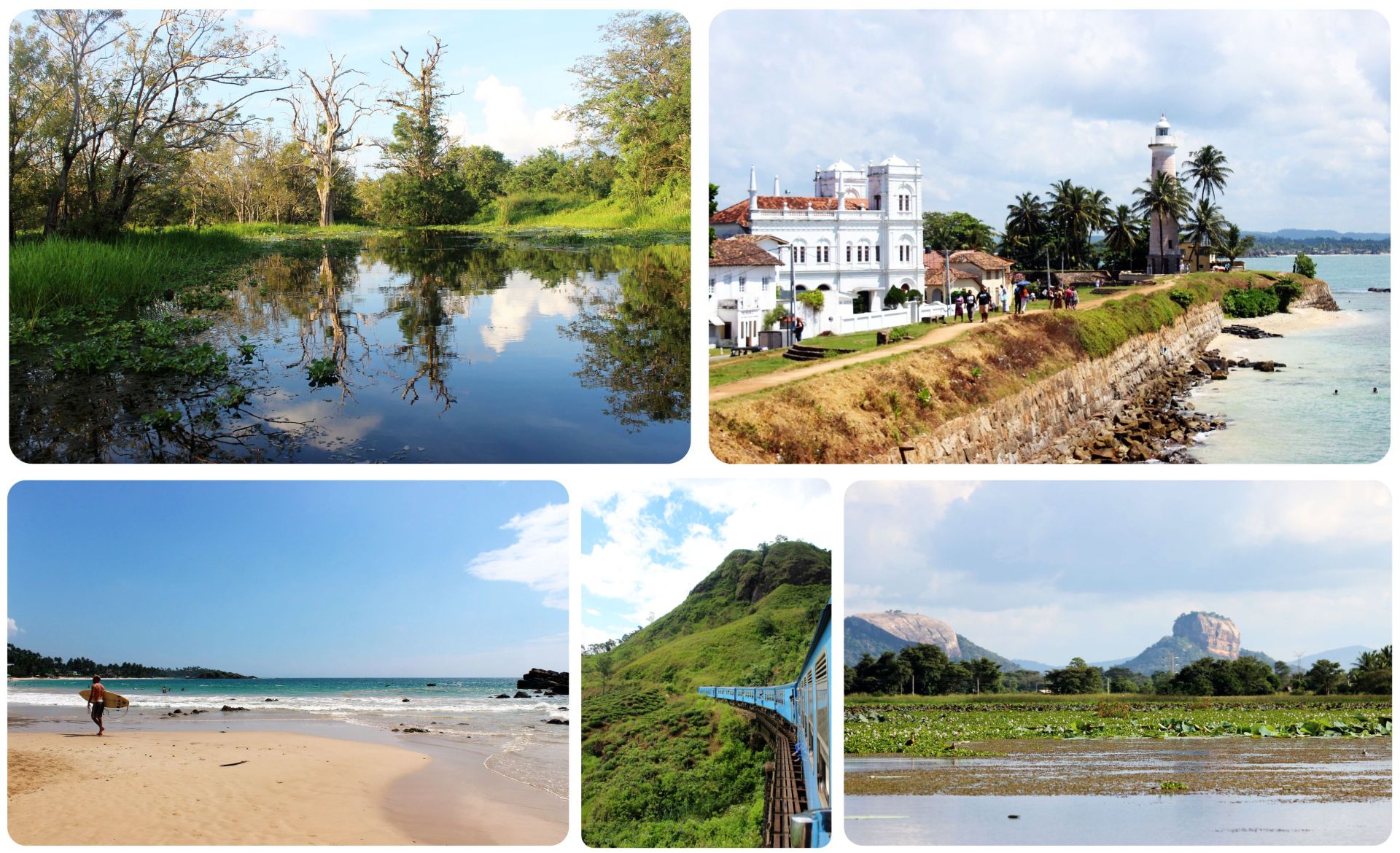 Many similarities to southern India

I found myself reminded of southern India in a lot of places in Sri Lanka: the food was very similar with the hoppers, curries and coconut based dishes, and also eaten by hand, forgoing silverware. The men were wearing lungis (sarong-like skirts), the rivers in the south resembling the backwaters of Kerala, the fishermen using the same technique here like the ones I’ve witnessed in the far south of India. Considering the geographical proximity, this makes sense though. 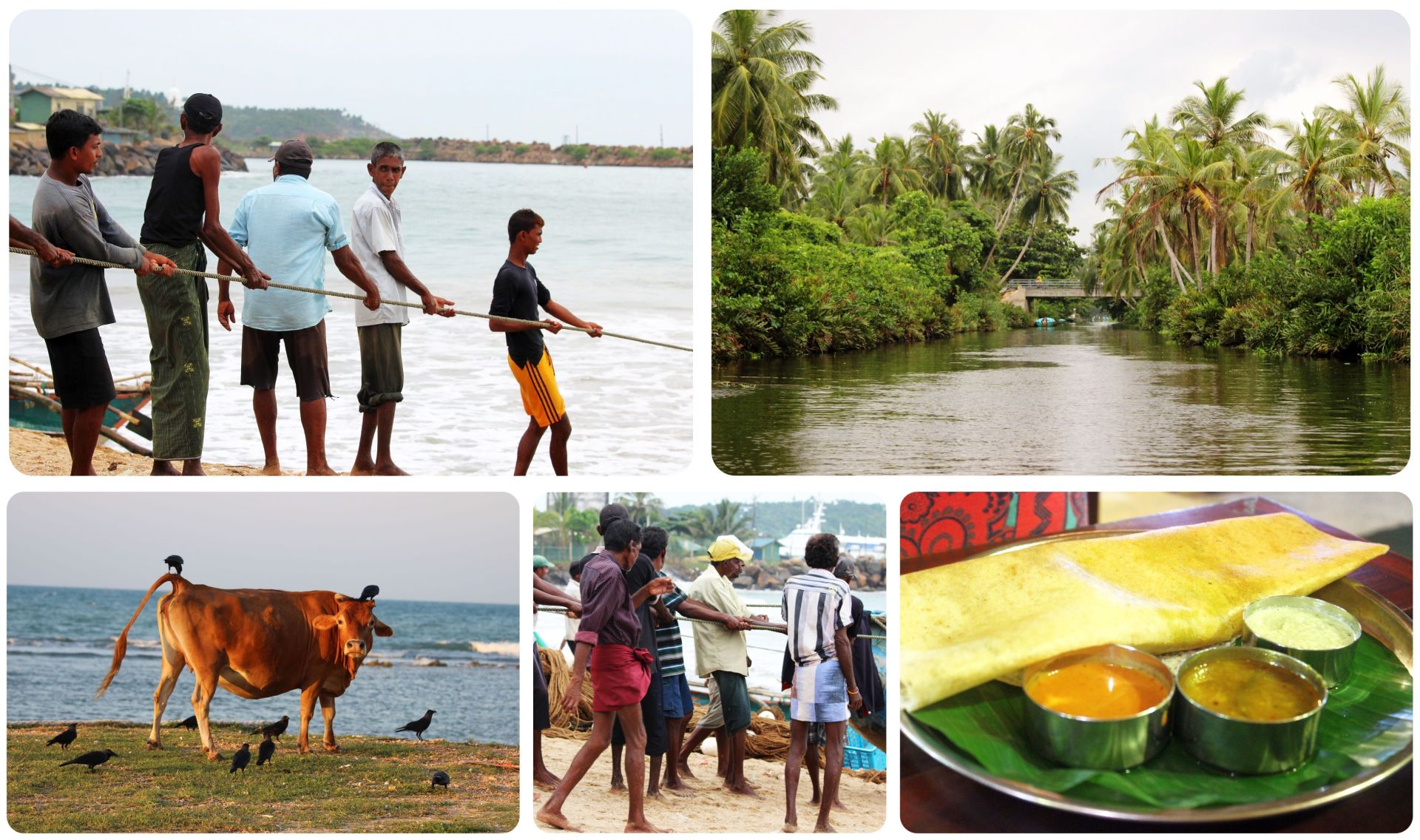 This is a Sri Lanka fact that not a lot of people know: Sri Lanka is predominantly Buddhist – 70 per cent of the population are Buddhists. Buddhism came to Sri Lanka in the 3rd century BC. Other religions that are prevalent in Sri Lanka – but to a much smaller extent – are: Hinduism, Islam and Christianity. 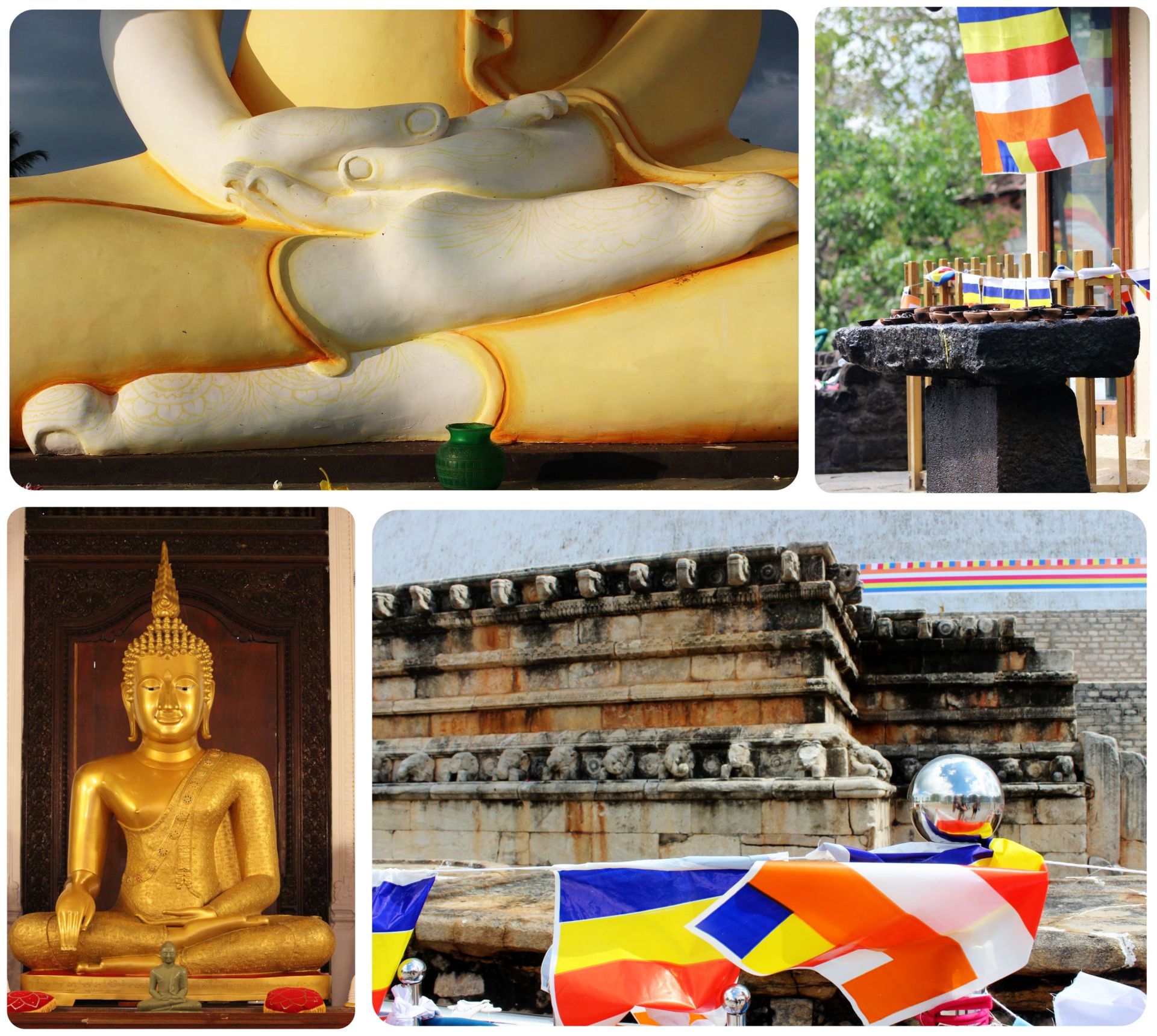 It’s all about the tea

Sri Lanka is NOT a coffee nation – it’s all about the tea here, and Ceylon Tea is famous around the globe. Sri Lanka wasn’t always a tea nation though: tea was only introduced in 1867. Before that, coffee was still grown in Sri Lanka. Today, the country is one of the four biggest tea producing nations in the world. It used to be the largest tea exporter in the world, but was surpassed by Kenya in 1995. Tea accounts for about 12 per cent of the country’s GDP and tea production employs (directly and indirectly) 1 million people in Sri Lanka. Visiting a tea factory was one of the most fascinating experiences in the country. 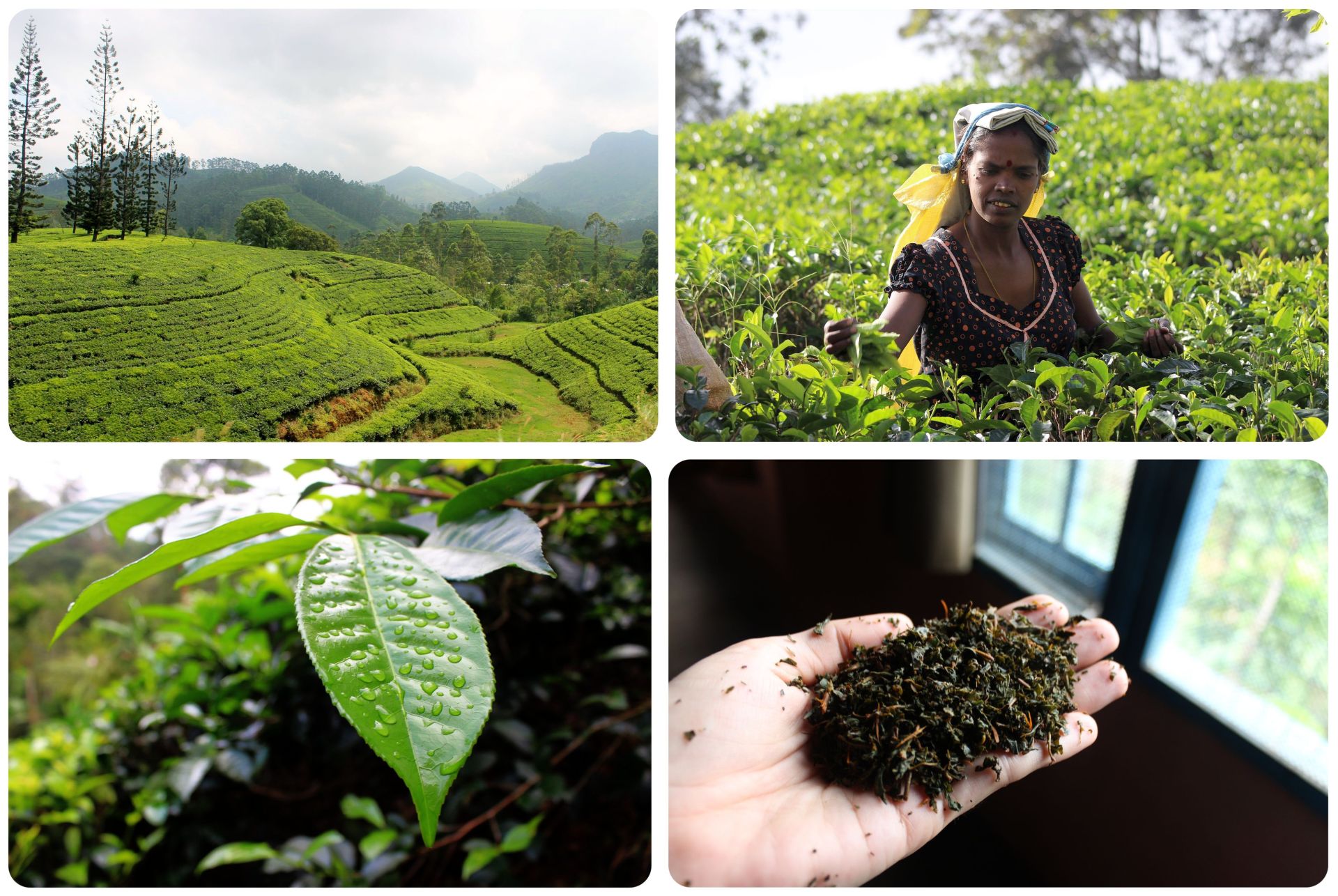 Sri Lankans don’t only drink tea though – the most popular local alcohol is called Arrack, a liquor made from fermented sap of unopened coconut flowers. My favorite combination was Arrack with ginger beer. This version of Arrack is not the same as Israeli or Lebanese Arak, by the way. 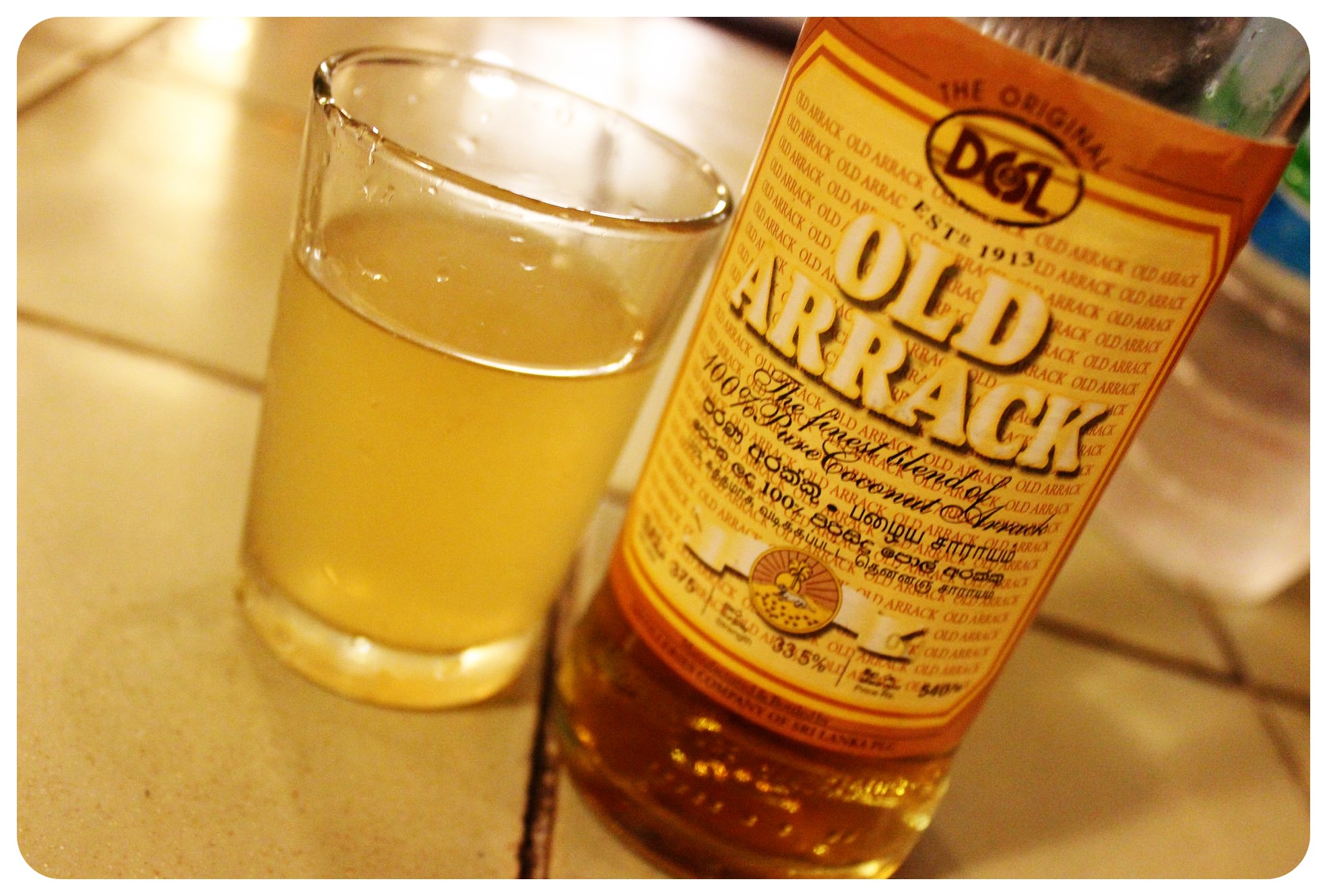 Sri Lanka is home to 91 mammal species, including elephants, leopards, several kinds of monkeys, ant-eaters, wild boars, giant squirrels, spotted deer, foxes, whales and many more. On top of that, there are 233 resident bird species and 251 migratory species, which means during peak times, bird watchers can see over 400 species of birds. There are 171 species of reptiles (including crocodiles!), and if you’re a fan of wildlife, Sri Lanka is THE place for you. There are 14 National Parks, and you can take a safari in all of them. Yala National Park is said to have the highest leopard density in the world! I went on several safaris and a bird watching trip during my five weeks in Sri Lanka, and the highlight was watching a playful young leopard in Yala National Park. 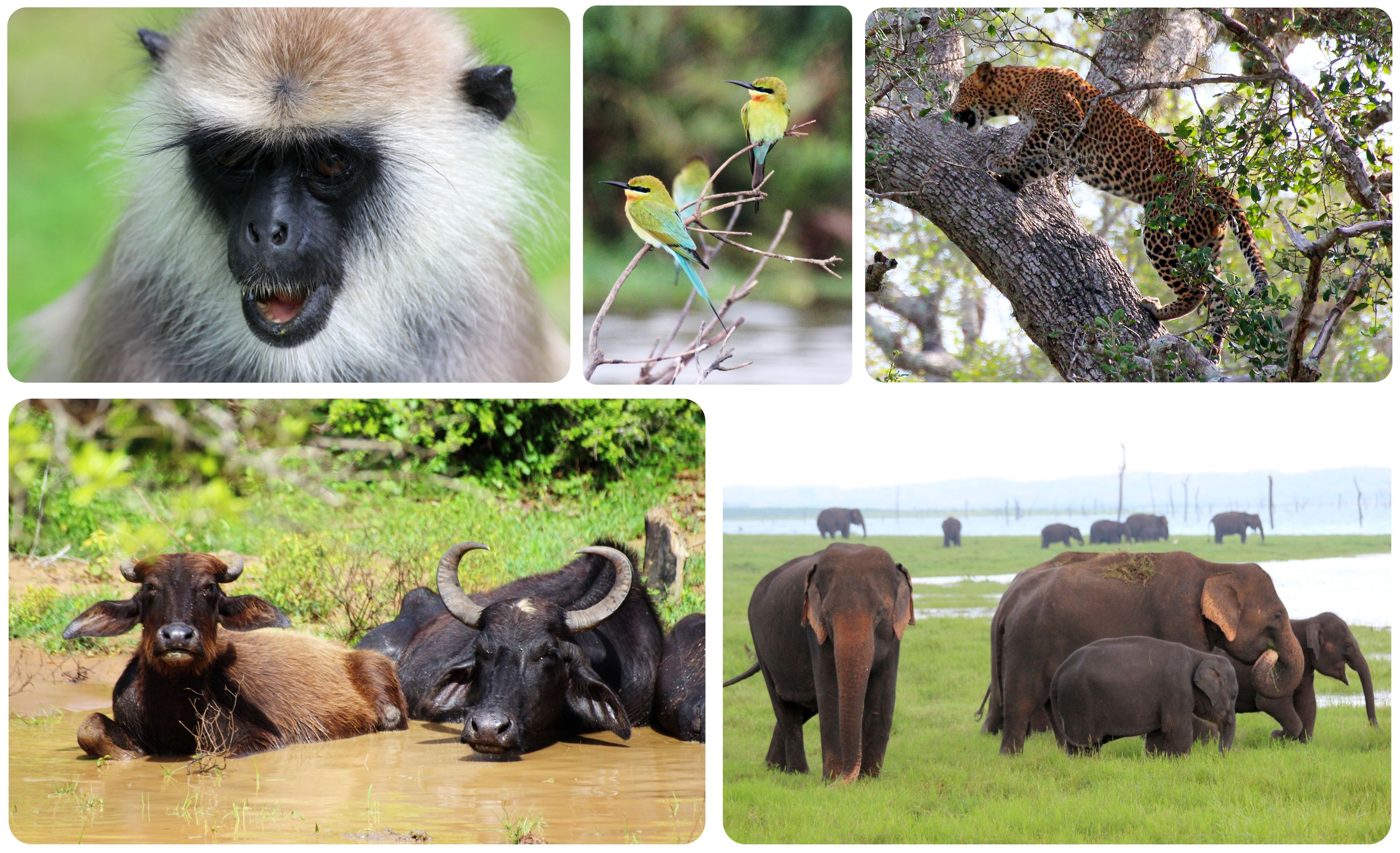 Together with India, England, Pakistan, New Zealand and Australia, Sri Lanka is one of the world’s biggest cricket nations. Going to see a cricket game is as big for Sri Lankans as is going to a baseball or football game for Americans.

Surprising Sri Lanka fact: Even though cricket is wildly popular, the national sport of Sri Lanka is actually volleyball!

Just thinking about Sri Lankan food makes my mouth water – the food was one of the things I loved most about Sri Lanka. From fresh king coconuts and super sweet mangoes to the national dish of rice and curry, the food in Sri Lanka is always fresh and vegetarian-friendly. The day starts with a breakfast of string hoppers (rice noodles) and dhal (lentil curry), or egg hoppers (a thin rice crepe fried in a wok-shaped bowl, inside of which an egg is cracked and fried). Another favorite of mine was kottu, for which roti (an Indian flatbread) is cut into small slices and fried with vegetables (or meet for non-vegetarians). Even most of the street food snacks are vegetarian: lentil doughnuts, or rotti (dough triangles filled with vegetables). Similar to India, Sri Lanka also marks its non-vegetarian restaurants. 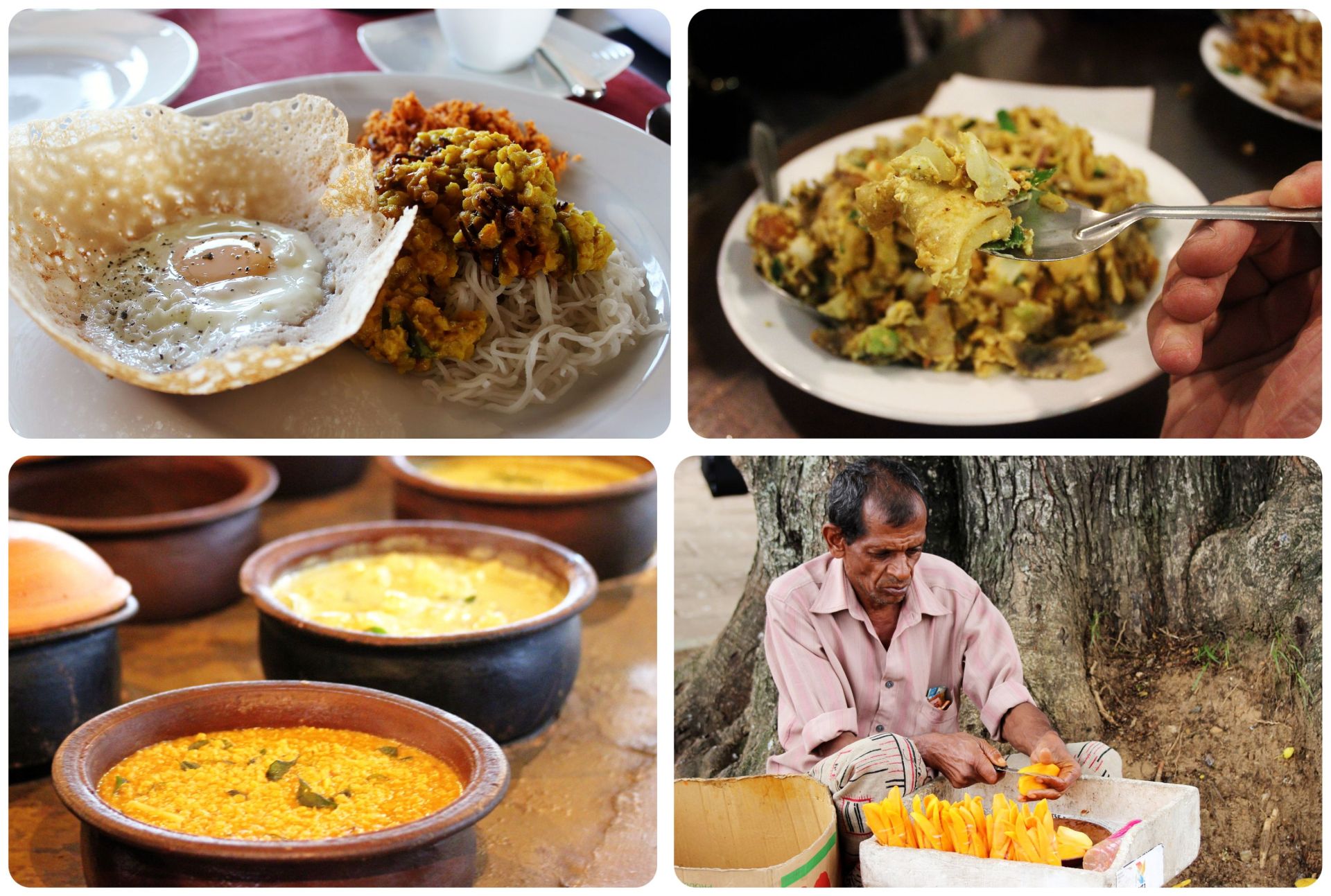 I feel like visiting Sri Lanka five years from now will be quite a different experience. Colombo, the capital, in particular, is seeing a major transformation, with plenty of modern new-builds going up, fancy shopping malls being erected, international brands moving in. While this is certainly a good thing for the economy, I hope it won’t change the character of the country too much. I love the simplicity of life in the countryside where nobody is worrying about keeping up with the latest trends or where it’s all about work. Instead, family life plays the biggest role. 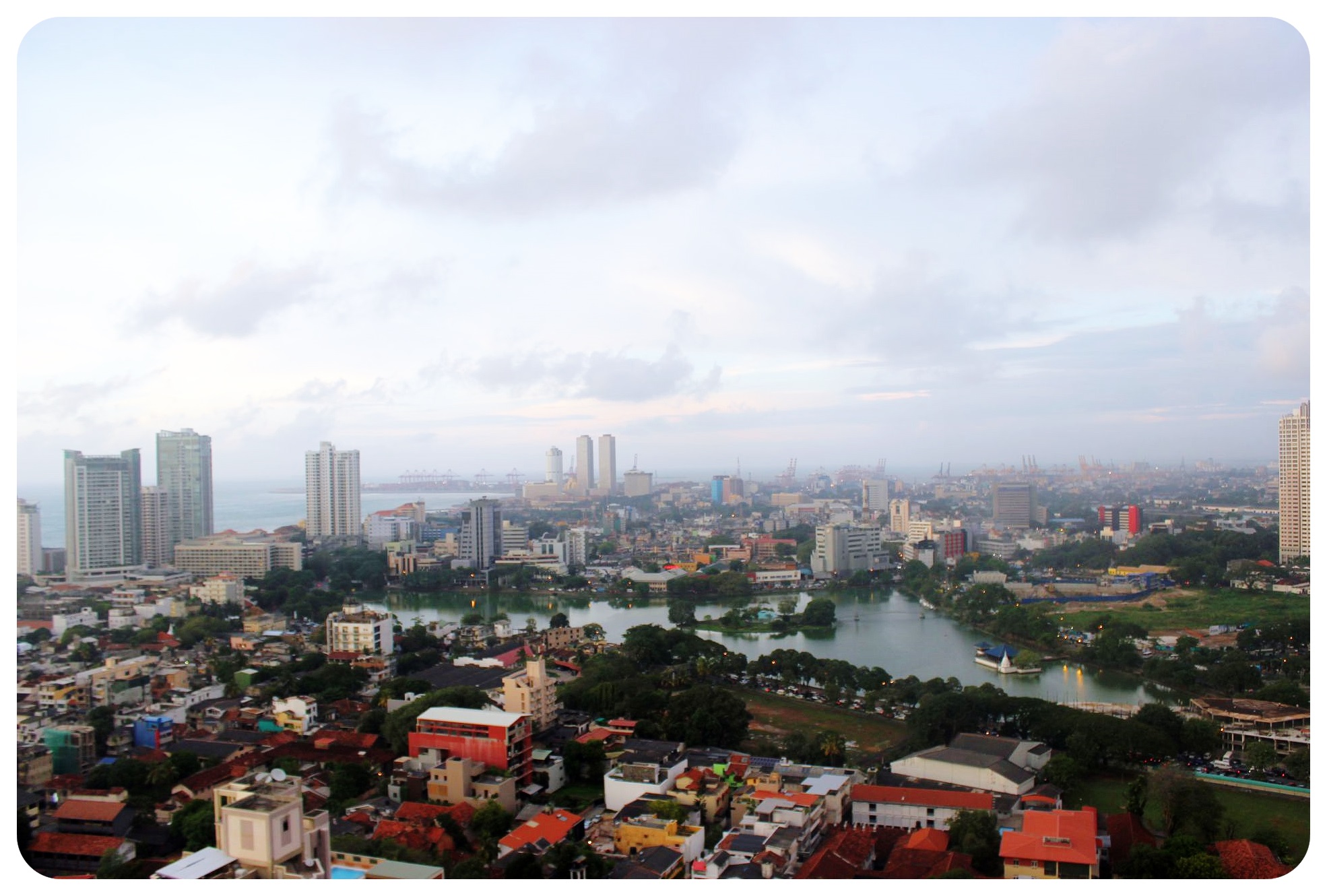 Have you been to Sri Lanka? Id’ love to hear which observations you made there – share in the comments below! 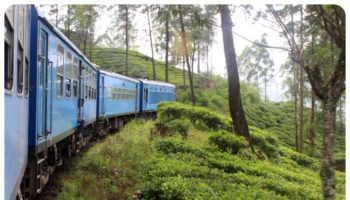