In the latest installment of our Lesbian & Gay Travel series, Sam of IndefiniteAdventure.com shares why he thinks it is so powerful to be out as a gay traveler, especially in South America, where many countries are still rather conservative when it comes to same-sex relationships.

When my partner Zab and I started traveling, I knew there would be plenty of lessons to learn and experiences that would change me. That’s much of the point of travel. What I didn’t realize was how much traveling in South America would reveal to me about my own feelings toward what it means to be gay.

I knew I was gay by the age of thirteen, and was out to my friends immediately. My family found out officially a few years later, but none were surprised. My mother told me she had known since I was three.

I’ve never been closeted, though there have been times in the past when I shied away from identifying myself with the gay crowd. Growing up in London in the late 1990s, no one even flinched at being told.

There was not one moment in my past when I was ever rejected or made to feel less worthy by anyone I loved or cared about because of my sexual orientation. Of course, there were the assholes at school who would proclaim “backs to the walls, guys, here comes the gay boy!” I just always found them easy to ignore.

Some might say I was lucky, but to me this was the default: acceptance was normal.

My acceptance of myself, on the inside, that was actually more difficult. It was hard to accept that this is who I was, and that being gay should be a source of pride or something to celebrate.

That was 15 years ago, however, and whatever internalized homophobia I may have had is long gone. I’m here, I’m queer: get used to it!  This was tested and confirmed again, in part, by my experiences of traveling 10 months in South America recently with my partner, Zab.

Throughout our travels, we met several gay men who were surprised that Zab and I are so open about our relationship. The fact that we’d walk into a hotel and not flinch at correcting the receptionist when she booked us a twin room that, no, actually, we wanted a double room – one bed.

Even more, they were surprised that we spend Christmas with each other’s families who all understand the true nature of our relationship, and that our mothers are even friends.

These facts were seemingly worthy of awe-struck disbelief. So many times we heard “that could never happen in my country.” This made me so sad.

One particular conversation that has stuck with me went something like this:

“Does your family know you’re gay?” I asked Juan, a friend we met through a couchsurfing host in Peru.

“My mother yes, but no one else. I won’t tell my grandfather, because I respect him too much and wouldn’t want him to be ashamed of me.”

“Why would he be ashamed of you?” I asked.

“You don’t understand…” Juan replied uncomfortably. “People in Peru, they are not so open to these ideas. If everyone found out my grandfather had a gay grandson, they would talk. He would lose a lot of respect. I’d be a source of shame for him.”

I countered that I couldn’t respect anyone who didn’t respect me based on my basic biology.

“You have to make people accept you; either that, or they run the risk of losing you,” I continued. “I’d rather have nothing to do with my grandfather if that’s how he felt. Better than lying about who you are.”

“You don’t understand…” he continued.

Maybe I was missing an essential, culturally specific nugget of information in that exchange, but I think I understood pretty well.

Juan was basically telling me that he didn’t want to be out to his family because he was afraid of being rejected because of his sexuality. He sees staying closeted as a sign of respect for his family.

I see him being a victim of bigotry, pure and simple.

It is no more acceptable to discriminate against someone for their sexual orientation than their race. The worst part is that, for the LGBT community, the people closest to us are the ones getting away with bigotry if they don’t respect us.

Unfortunately, this was the case time and time again with most of the gay people we met in South America: they felt trapped in the closet by their culture and allowed this bigotry to continue around them by staying inside rather than coming out and demanding acceptance.

Maybe my ‘luck’ was having been born into a time and a place where thousands before me had already rallied and fought against discrimination and in favor of equality.

I never had to fight for that where I am from, and this made me want to do something here, where I could actually make a difference.

But short of lecturing people on why they should be out, what could I do here? As a traveler, I just pass through places – how would I have time to join local activism groups or take part in political demonstrations. As a foreigner, an outsider, would I even be taken seriously?

And never mind the logistical nightmares of trying to join a new group in every town I spent time in!

In the end, I decided the best course of action was simply to be myself, and that my sphere of influence would probably have to be limited to just the people I met directly, for now. 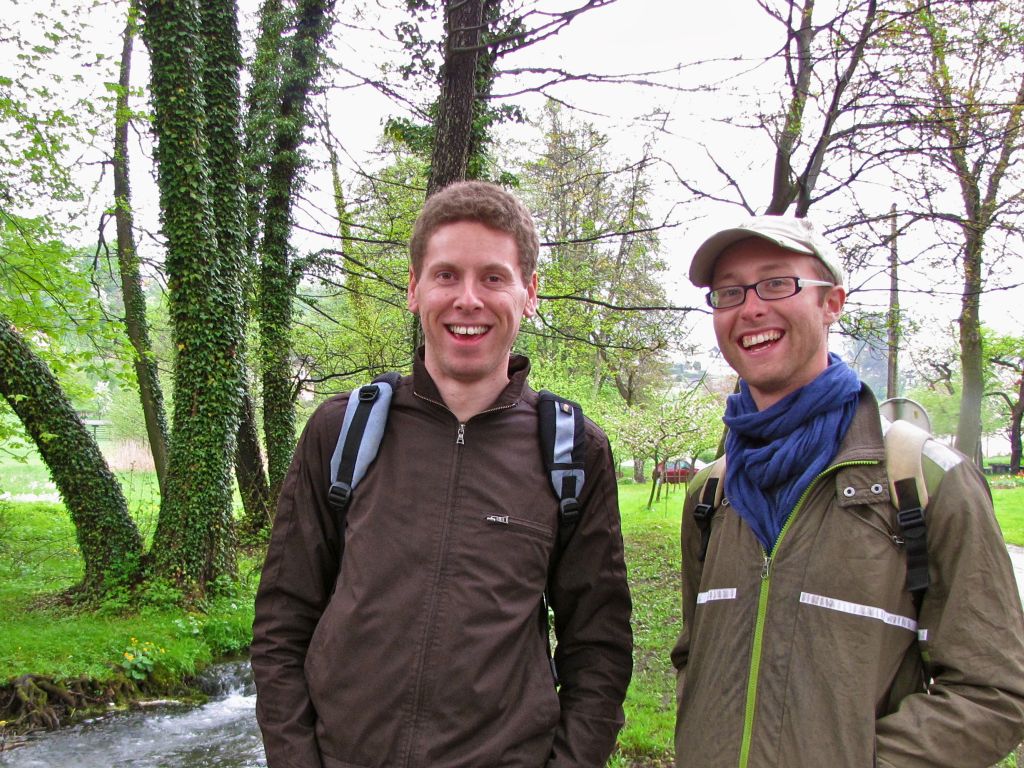 Being an unapologetically out gay man and open about my loving relationship with Zab, I could serve as an example both to gay men that yes, it is possible to be out, happy and in love, as well as to the wider public to show that this is what an out couple looks like – and we’re not much different to you!

There is no way to quantify how much this helped some of the gay friends we made in South America, to show them what is possible for them and their country’s near future. In Peru, things are certainly changing and attitudes are becoming more accepting. In 2010, 21% of Peruvians polled approved of same-sex marriage [source]; in three years, it’s jumped to 64% [source]. Whereas a decade ago, our being ‘out’ may not have had much of an effect, perhaps today, in a more open environment, our example was able to make more of a mark in the minds of the relative few people we met.

At the very least, the ten months in South America made me realize that it should not feel like a privilege to be accepted or not to be discriminated against. That in turn has strengthened my resolve to always be out – nothing can erase someone’s homophobia (whether that be external, like Juan’s grandfather or internally, like with Juan himself) more quickly or easily than by discovering that someone they know, love or respect is gay and unashamed of that fact.

I hope that this form of action – pride – helps to make a difference.

Bio: Sam is a sometimes-EFL teacher, wannabe-minimalist, language geek who is trying to make it as a digital nomad with his partner, Zab. They’ve been together for over eight years now, and travelling indefinitely for one. You can follow them on their blog Indefinite Adventure where they chronicle their journey, write about the places they visit, the food they eat (preferably vegetarian, organic and locally produced) and the people they meet. They are also on Facebook, Twitter and Foursquare.