Arizona Polaroid of the Week by Dani on September 5, 2013 add comment Polaroid 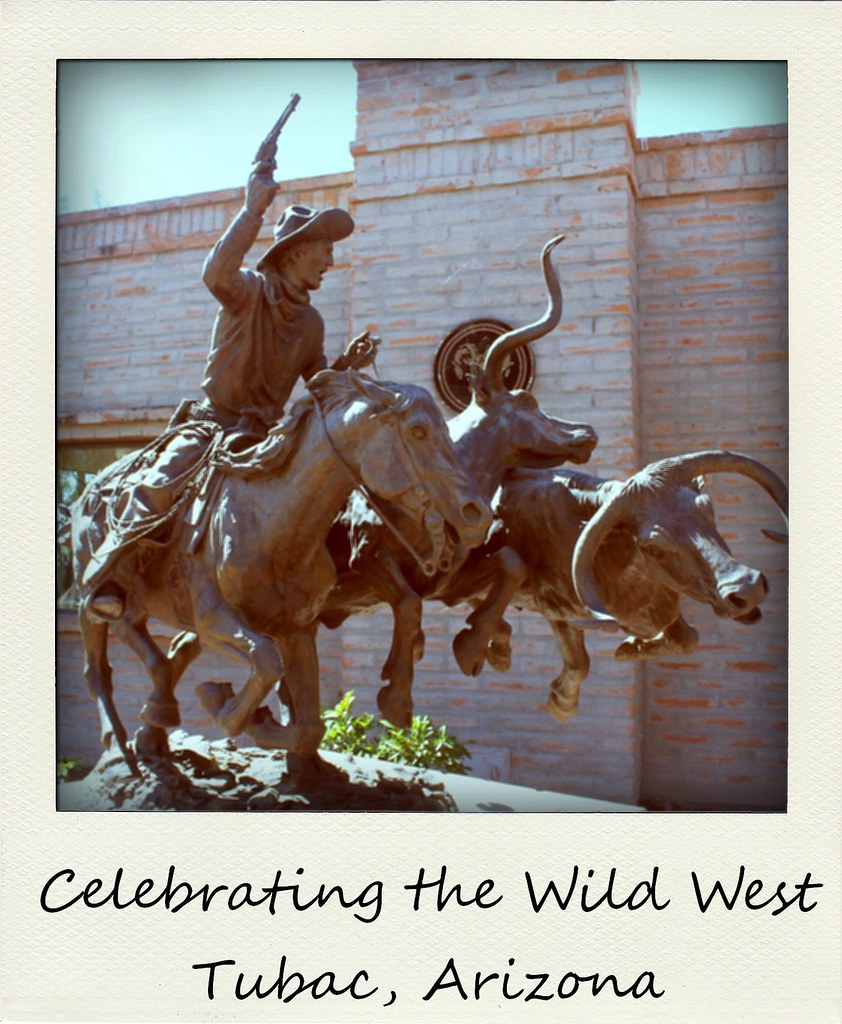 Even after two longer stays here in Tucson, we’re still finding fun things to do around town.  Last week we headed south and stopped only 20 miles from the Mexican border to visit the artsy town on Tubac, mainly known for its excellent arts and crafts shops with bronze sculptures, pottery and hand-painted Mexican porcelain.

When the town was founded in 1753, it was a Spanish Presidio, a colonial military post, smack dab on the Camino Real connecting present day Mexico to Spanish settlements in California. As we know from visits to Tombstone and other southern Arizona towns, the desert was populated mainly by hard-living miners, ranchers and farmers. Once agriculture and mining slowed down, Tubac reinvented itself as an artists’ colony over the last few decades.

The bronze sculpture shown above is a tribute to the rougher times of Tubac, representing cattle farmers fighting off Apache warriors, Mexican ‘bandits’ and Confederate militia as well as natural enemies such as snakes, coyotes and other wild animals round these here parts.