Travel Reflections by Jess on February 17, 2013 18 comments What I Wonder When I Wander

During bus journeys (and there are a lot of bus journeys) I have always listened to podcasts about online business or something travel-related as a way to maximize my time away from work. Since motion sickness keeps me from being able to write or read, transportation days have traditionally been dedicated to self-improvement efforts.

In recent weeks, however, I feel like my mind is absolutely cluttered with enough ideas, possibilities, dreams and ambitions to last a lifetime. I have a strong sense of what I want professionally and a foggy sense of how to get there. For now, it’s all about implementation, which I can’t do on a bus. So on the ride from Valdivia to Puerto Varas the other day, I put on an odd combination of Jay-Z’s The Blueprint and Tegan and Sara’s The Con, and let my mind bounce back and forth between boasts of becoming a business, man (Jay-Z) and poppy, angsty love songs (T & S).

The bus was quiet, the driver seemed remarkably competent, and I recognized how completely at ease I felt. I love the feeling of having my bag, with all my worldly possessions, stored under the bus and my Dani by my side, off again to explore somewhere new. I love being a nomad. We both do.

I’d be lying if I said it wasn’t about the freedom. Of course it is. I love being able to post those seriously nauseating pictures of us on our laptops on a Mexican beach one week and the next batch of us in an entirely different country. The true satisfaction, however, is something a bit more simple. I love having the freedom to witness the everyday experiences of people living their lives around the world.

Back in the day, stuck at work, I used to dream of what was happening outside those walls. I remember this elated Friday feeling, waiting for the clock to strike 5pm for the weekend, or the buzz I would get whenever I had an external meeting or event outside of the office. And I remember sitting on the subway on the way to that event, and it would be filled with people also not in the office, and I would wonder what they did, how they were ‘free’ at this time of day. After all, they couldn’t all be unemployed, or have doctor’s appointments, or be tourists.

How different things are now. Now everyday is freedom and it’s me on that bus, that subway, or walking down the street on a Tuesday afternoon eating an ice cream cone with nowhere in particular to be. 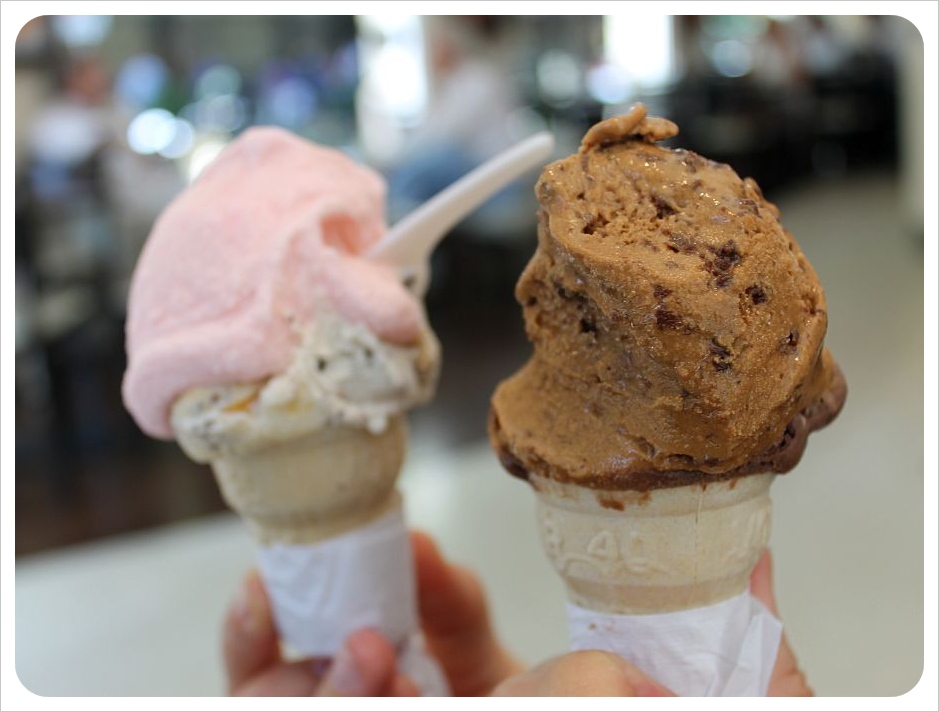 Rather than wait for Friday afternoons, I have to actually stop myself from working and wonder how I’ll ever find the time to fit in all the things I want to do. And Dani? She’s a machine! Whereas before, she completely shut off the minute work was over, she is now constantly on her computer, working on her pictures, answering emails, dealing with advertisers, writing, and whereas she used to detest being chained to her work blackberry, she now jumps on Wi-Fi on her iPod everywhere possible to answer emails while we stop for a coffee. Being a digital nomad has actually made her a (happy) workaholic!

As the music flipped between rap about being successful and songs about love and regret, it created a mood and space for me to have the strangest thought: What would I even be doing now, if we had never left to travel?

I mean, that was three entire years ago. Three years. I’ve never even lived in one town for more than three years. From the point I was at in early 2010, which one of the infinite paths or tangents would I have followed and where would that have led? The truth is, three years ago, I had no particular goals, no expectations of where I would be or what I wanted to achieve by the year 2013.

I was feeling pretty miserable about wasted time and money for a Masters in Media. When I started that degree I thought I would become a journalist or documentary filmmaker, and romanticized the notion of writing a novel. Instead I took a job doing Travel PR (which I liked), but also interviewed for an assistant PR job for a company making cleaning products and had a stint promoting language learning software. Those dreams seemed farther and farther away, and so I quit to become a freelance writer, which had me writing crap copy for $10 an hour. 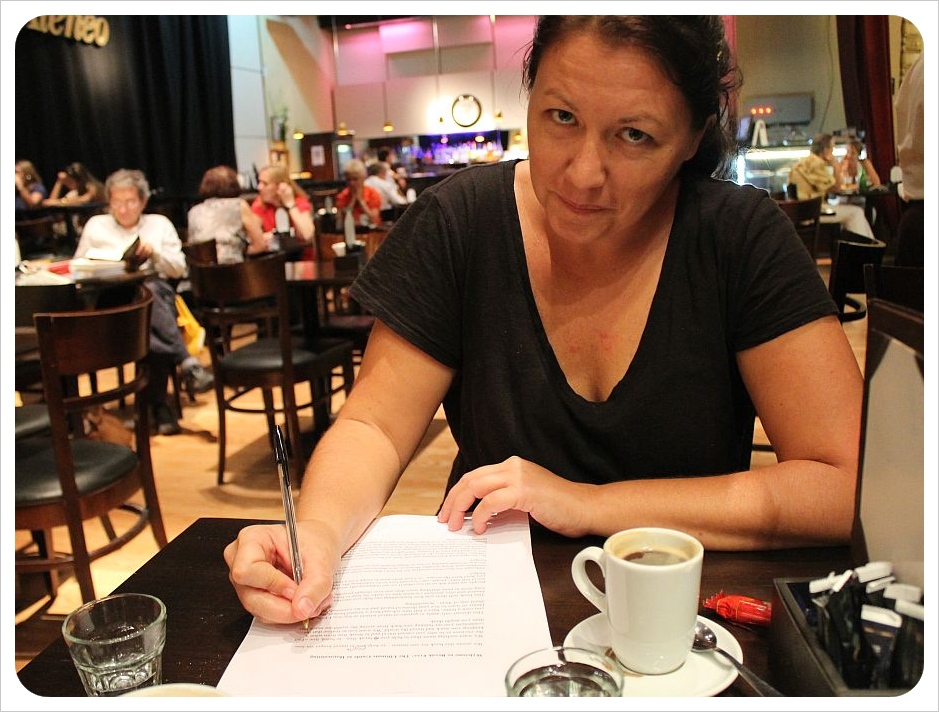 Would I have continued to write? More precisely, in my downtrodden state, would I have had the strength and foresight to see my passion through, or would I have eventually given up and gotten sucked back up into a PR job for the consistent paycheck?

Would Dani and I still be together now? Our relationship was not in a good place back then, both entirely underwhelmed with the daily office slog neither of us had envisioned for our life in London. Even if we had stayed together then, would we have remained in London? My five-year residency visa had just come through two months before we left, so would London still be home?

Allowing those negative feelings to creep back into my mind for a minute, I snapped out of it suddenly when I realized something on that bus that made me incredibly happy down to my core.

The question I was asking was the same, but the reality has completely flipped.

Whereas before I was always asking this wondering how much better things would have been had I gone down another path in life, now this is just a hypothetical question with an answer that isn’t important to me.

Because I wouldn’t be doing this. I would not be taking almost an entire month to travel down to Tierra del Fuego and the tip of South America while concurrently attempting to plan out the rest of the year wondering when and how we would squeeze in multiple months in Europe and the US before flying off to Asia later in the year. 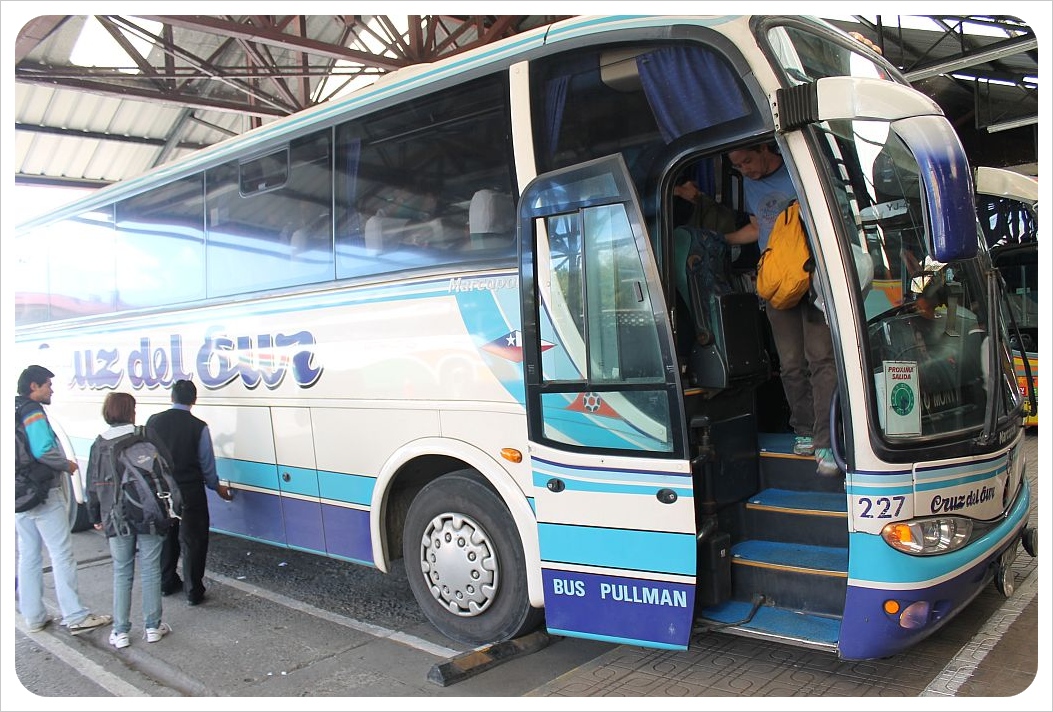 And being honest with myself, I probably wouldn’t be writing, and writing in a way that puts me in direct contact to the people who read it, who leave comments and email us and participate with what we write.

I do wonder if there would have been another breaking point somewhere in those last three years where we would have gone traveling anyway, like this was the destined path for us both?

Either way, I couldn’t be happier that I broke free of all those things I did because I though I was supposed to do them. That’s why our motto for 2013, both personal and professional, is Break Free. It started as the title of our book about housesitting, but has evolved into so much more for us both. Breaking Free is about getting to the point where you realize there isn’t anything else you would want to be doing more than what you’re doing right now. I’m not quite there yet, but I’m content knowing that I am on the right path. 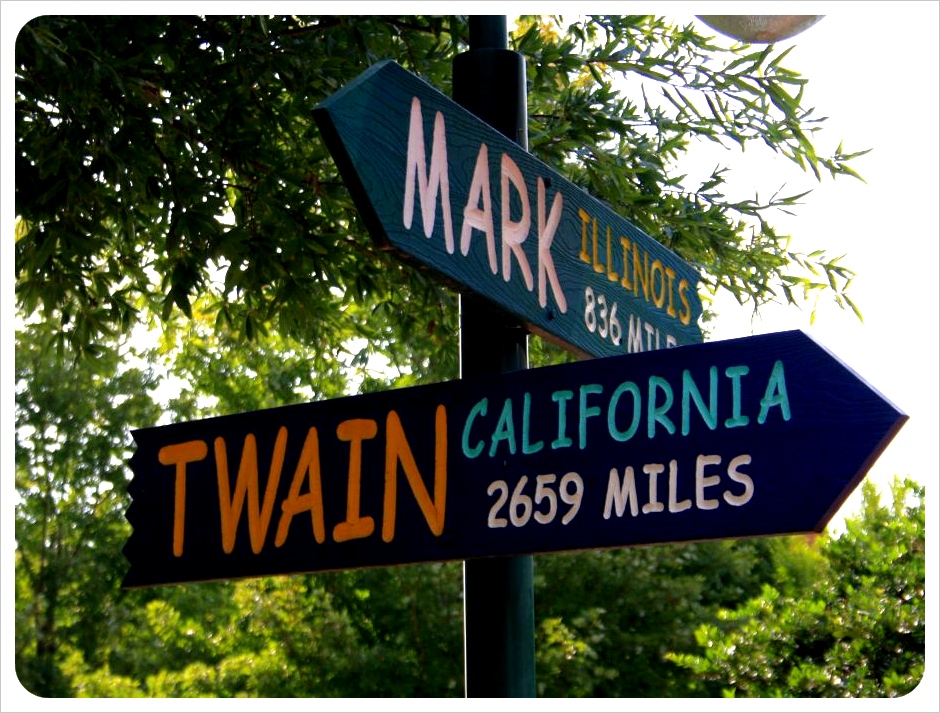 Do you ever ask yourself what you would be doing had you not chosen the path you’re on? I would love to hear your thoughts in the comments below!