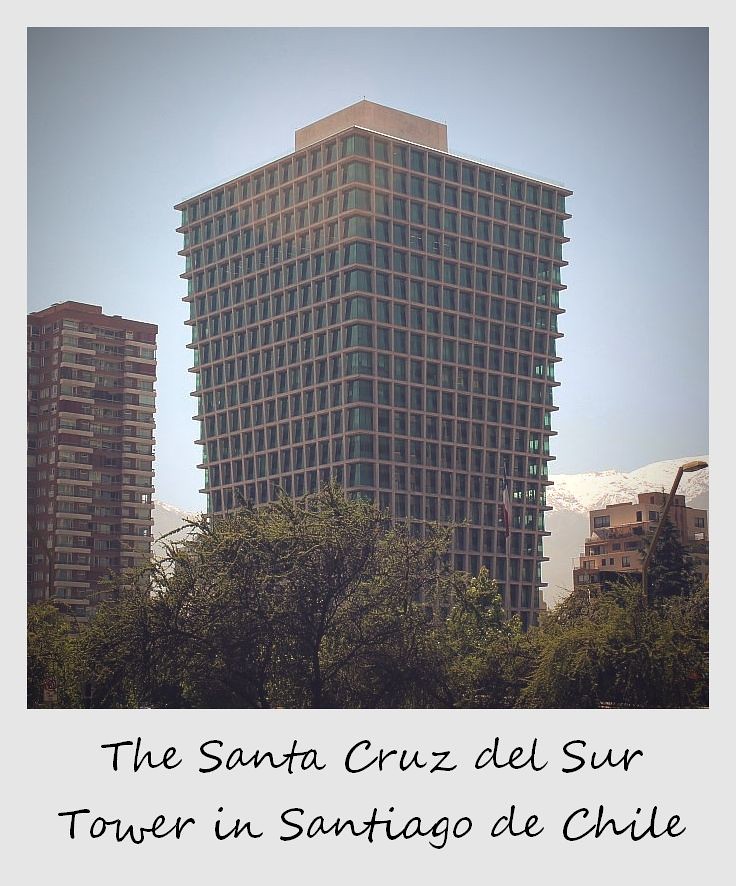 Chile has always been more prosperous than neighboring South American countries, and has been hit harder by earthquakes in recent years than the Great Recession that has torn apart Europe and the United States. In fact, Chile is operating at a budget surplus and has a low 6% unemployment. In the last few decades, the country has been especially eager to showcase its standing as the region’s most progressive capital and the modern skyscrapers in Santiago’s skyline leave little doubt of the country’s economic strength.

Steel-and-glass towers have shot up all over the city. We spent New Year’s Eve on one of these rooftops watching the fireworks, and the city is definitely  impressive at night. The Costanera Tower will be the highest skyscraper in all of South America with a height of 257 metres (843 feet) when it is finished later this year (you can see it here). Even more impressive is the fact that, while other countries tend to hire international architects for their prestige projects, Chile is actually home to a number of architects who gained recognition beyond their home country and uses their talent to modernize the face of Santiago.

The building in this week’s Polaroid, the Cruz del Sur building, was built in 2009. One of many architectural masterpieces in the city, it is quite a feat: only the core of the 21-store steel, concrete and glass building is in contact with the ground, while rest of the trapezoidal tower seems to hover precariously, each level wider than the one below.