Neither of us are exactly the outdoorsy type – we’ll kayak or canoe, but only on occasion and not for more than an afternoon. We hike but we don’t camp. But we love moving our ‘office’ out of doors and as we say on Twitter – we work as often as possible from a hammock.  So when we had the opportunity to test out the ENO Doublenest hammock, we couldn’t resist. 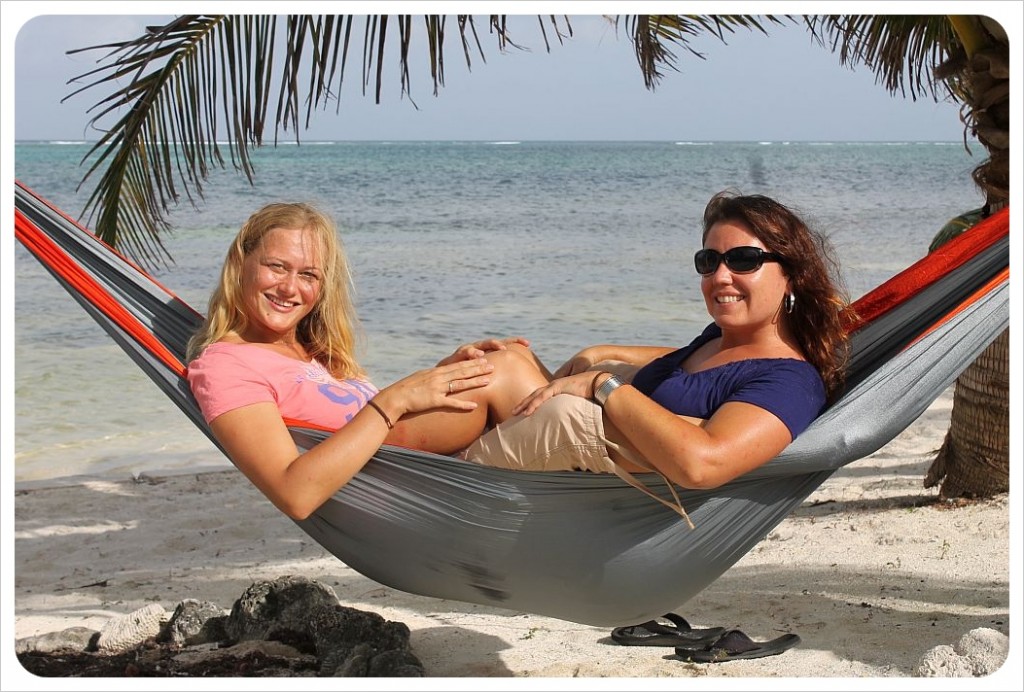 Founded by brothers Peter and Paul Pinholster, ENO Hammocks are based in one of our favorite cities, Asheville, North Carolina. The brothers quit the cubicle and became career-breakers in 1999, selling hammocks at festivals across the country out of the back of their van until dedicating themselves to creating Eagles Nest Outfitters hammocks on a larger scale to people after their own hearts. How could we turn down the chance to test out a product from guys right after our own hearts.

The thing is, we are never the ones responsible for hanging the hammocks. That is the job of the restaurant, the bar, the hotel. Now suddenly we would have our own. I pictured Dani hanging upside down and backwards by one leg or me crashing down onto my tailbone. What happened was quite the opposite.

Five minutes flat. That’s how long it takes us to get our ENO Doublenest Hammock up, as long as we’ve got two poles or trees to wrap the cords around. Our first attempt, stringing it up around two palm trees in Mexico, took fifteen minutes, but that included careful reading of instructions and at least one Tecate beer each. Now we’ve got it down to a science and have it hanging by the pool at our housesit in Costa Rica. Here’s what we love about it.

The hammock and the straps fold up into a small bag, and take up no more room than my rain jacket. That whole process takes a couple of minutes. The material, which feels like being wrapped up in a parachute, is super comfortable (and dries quickly). The ENO Doublenest is meant for two people. Dani and I did fit side by side, but truthfully it was a squeeze. The positive side of that is it is incredibly roomy for one person. Wrapped up inside the ENO is the first time I’ve ever even considered sleeping outside at night, knowing I could just wrap myself and even my entire backpack up into the hammock and end up sleeping like a baby.

What makes it so easy to hang are the straps. Called Slapstraps Pro, you just put one end through a loop at the other around the tree and pull tight. there are notches along the strap to hook into with a metal belay clip which sets the height of the hammock. This means no knots to tie and possibly mess up – bonus! 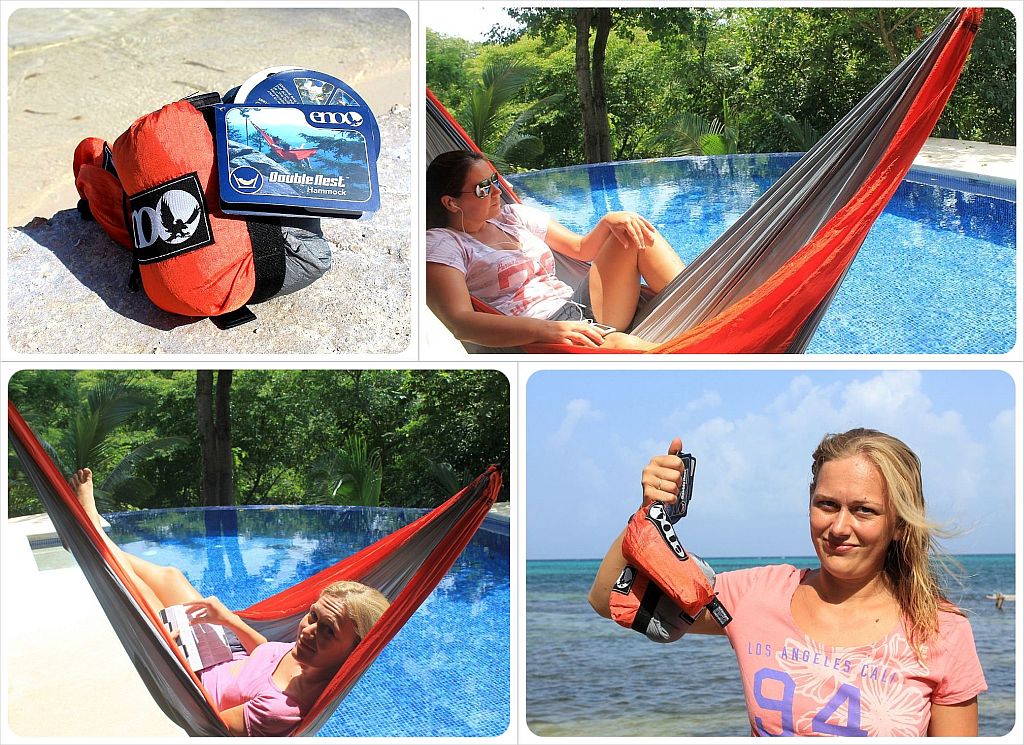 The straps seem so…thin…too thin to hold our weight, we thought. In reality, it feels perfectly sturdy as I toss and turn inside my ‘nest’, and it should, considering it does have a 400lb weight limit.

There are a few features missing from the hammock to make it absolutely perfect. First, we’d like to see a zipper on either side of the hammock. For single sleepers, there is so much room inside here, if you could just zip yourself in with a little screen for breathing, I can imagine camping to be a breeze.

You can pick up an ENO Double Nest Hammock

on Amazon, REI or directly on the ENO website. 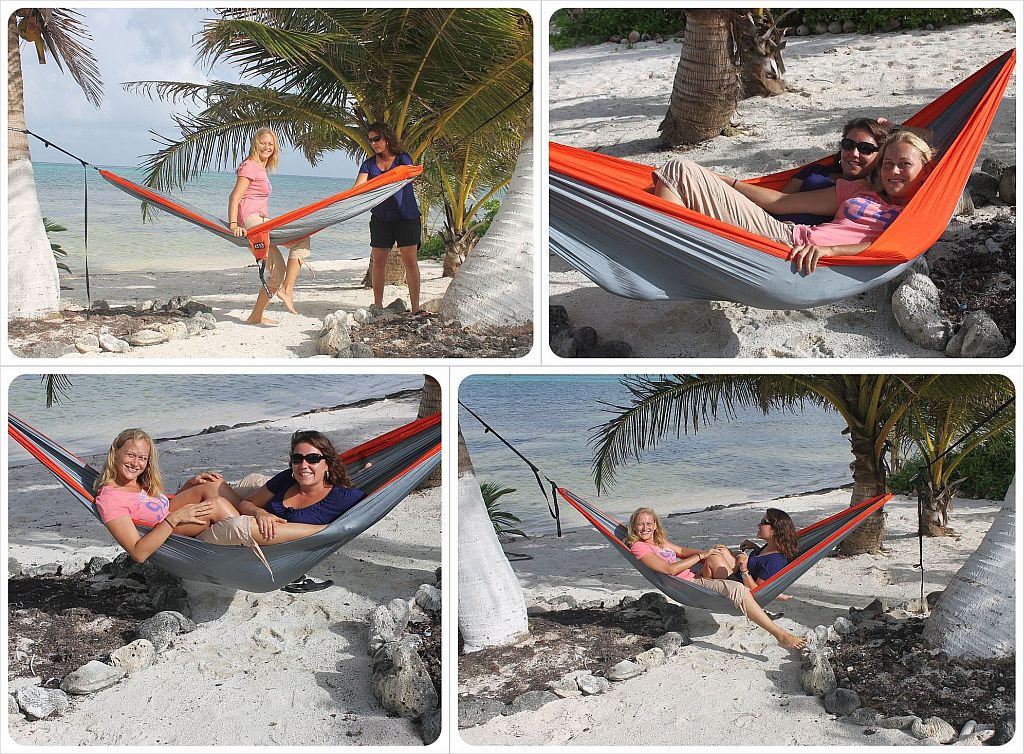