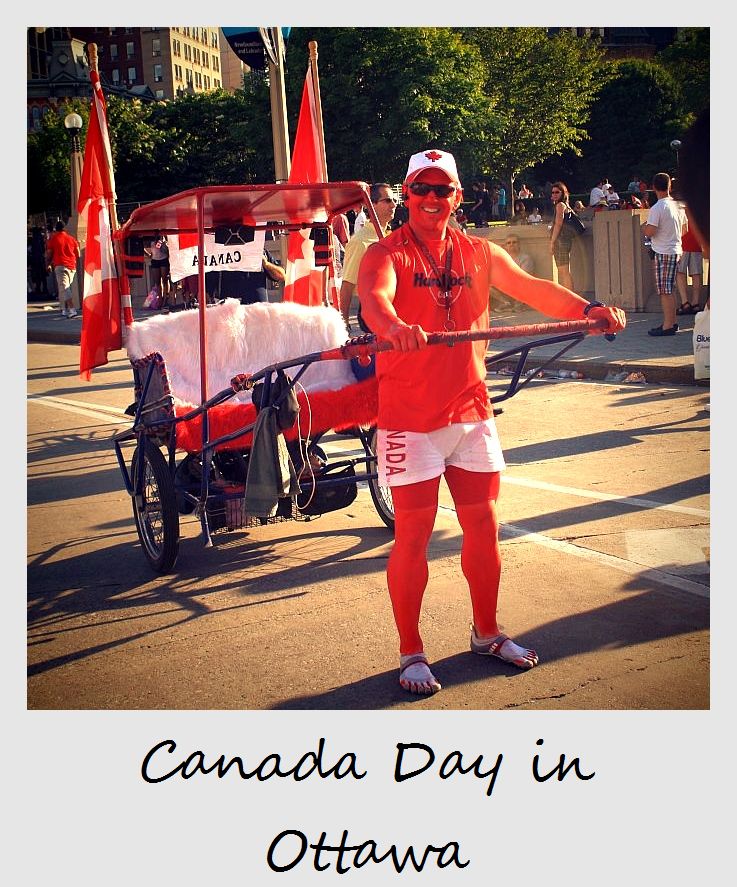 We spent Canada Day, the country’s 144th birthday on 1 July 2011, in Ottawa. Canada’s capital has the country’s most spectacular celebrations, a passionate patriotism that literally paints the entire town red – like this happy guy here!

The city’s Jazz Fest was on at the same time, with stages set up and street music played throughout the city center. Every patch of grass in the very green city was taken by picnicking families out celebrating the nation, almost everyone in red and white, maple leaf flags flying high.  It was fun for us to see hundreds of thousands Canadians celebrating their ‘big day’, and this year everyone was extra charged, as even Prince William and Catherine, The Duke and Duchess of Cambridge, attended the celebrations on Parliament Hill.

Don’t let your budget hold you back: how to travel expensive countries on a shoestring