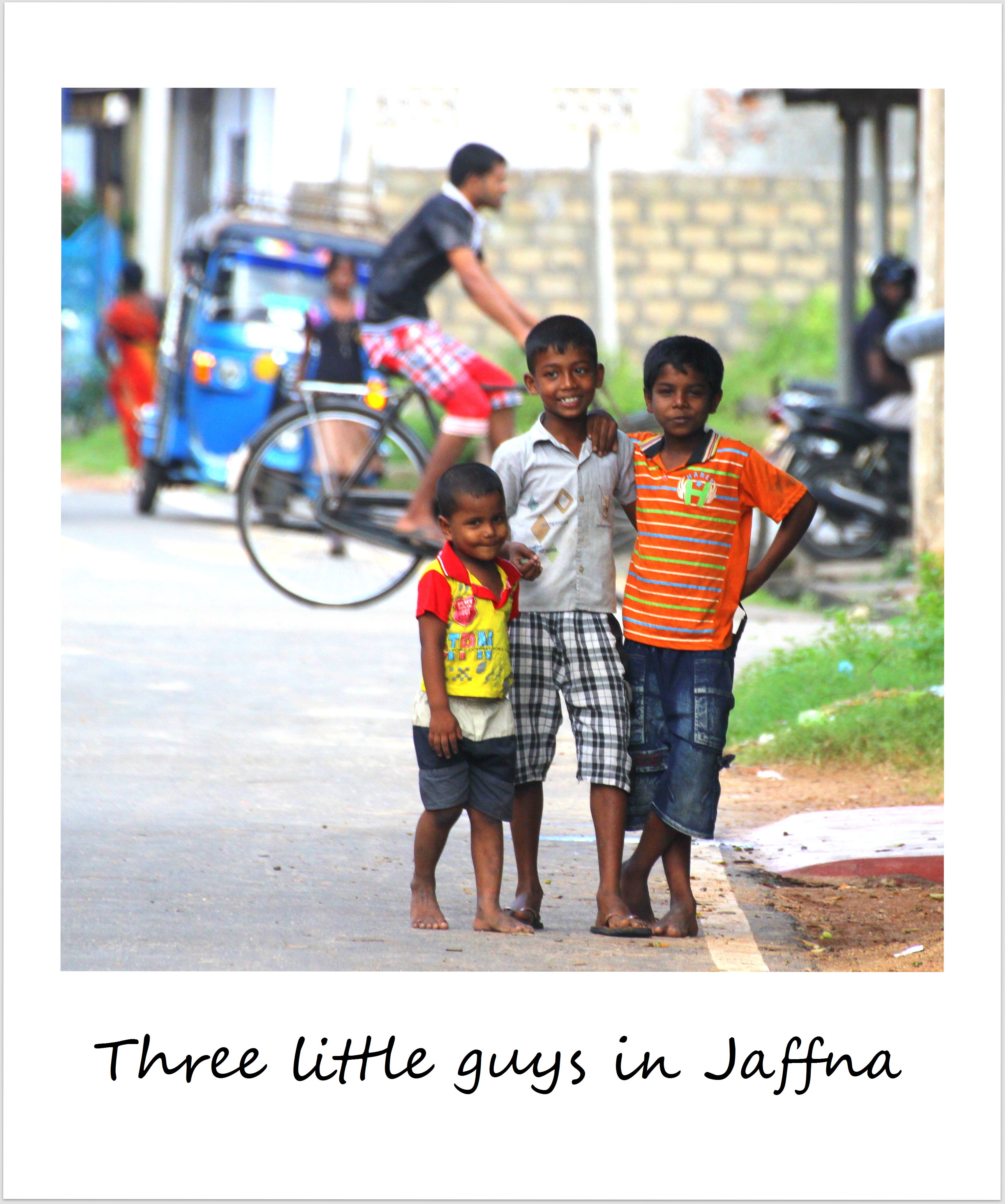 After stops in Sri Lanka’s ancient cities Becki and I finally arrived in Jaffna in Sri Lanka’s far North West last weekend. Jaffna used to be the seat of a Tamil kingdom before the Portuguese, Dutch and British colonized the city, and long before it became the stronghold of the Tamil Tigers, the extremist group that was fighting for the creation of an independent state for Sri Lanka’s minority Tamil population during the civil war between 1983 and 2009. The war took over 100,000 lives in its 26-year duration, and more than 40,000 Tamils were massacred in the last few months of fighting alone, thousands of those in and around Jaffna.

Seeing that the war only ended five years ago, scars of the heavy fights are still visible throughout the city, in the form of bullet holes in walls, barricaded doors and windows, ruins of deserted houses, warnings of land mines.

The city is slowly recovering from the long-lasting, intense battles here, but there are signs of new beginnings: the railway line to Colombo has just been restored and opened again after more than 20 years in October 2014, including the reconstruction of the destroyed railway station. Buildings are being restored, families who fled during the war are slowly returning, temples are being rebuilt, roads connecting the Jaffna peninsula with the rest of Sri Lanka have been renovated and modernized. Despite these improvements and developments, the conflict is still tangible here, due to army checkpoints, and the Sri Lankan army being in control of pretty much everything and everyone going in and out of Jaffna, but going deeper into this complex topic would go beyond the scope of this quick snapshot of my last week in Sri Lanka, so this has to wait.

For now, I just wanted to emphasize that visiting this off-the-beaten-path destination, which is shunned by most Sri Lanka tourists in favor of the beaches in the south, turned out to be the highlight of the last seven days for me, and I am glad I made the way up to Jaffna to see the town for myself, allowing me to get a better perspective on the civil war and the post-war tensions.

No matter where in Jaffna and in the peninsula we went, we were greeted by curious looks, excited waves and ‘hello’ calls, and the more inquisitive people who were wondering what two white girls were doing up here by themselves would strike up conversations with us. As usual, most of the kids were exhilarated about us and our cameras, asking us to take their pictures and giggling when seeing themselves on our little digital screens.

I am glad I got to get a glimpse of the life here, and even though there’s still a long way to go to achieve a stable and sustained peaceful situation, I left Jaffna optimistic and hopeful for the future of the city.

Polaroid of the week: Riding the rails in Sri Lanka
Click here to cancel reply.

Life Lately And Upcoming Travels: December 2014 Edition (and a quick look back at the past year) | GlobetrotterGirls

[…] with the awe-inspiring ancient cities of Anuradhapura, Sigiriya and Polonnaruwa, and finally Jaffna in the far north of the country – a place that had been off-limits for foreigners for a long […]

What a lovely shot! The cyclist in the background really adds to the photo :) Thanks for sharing!