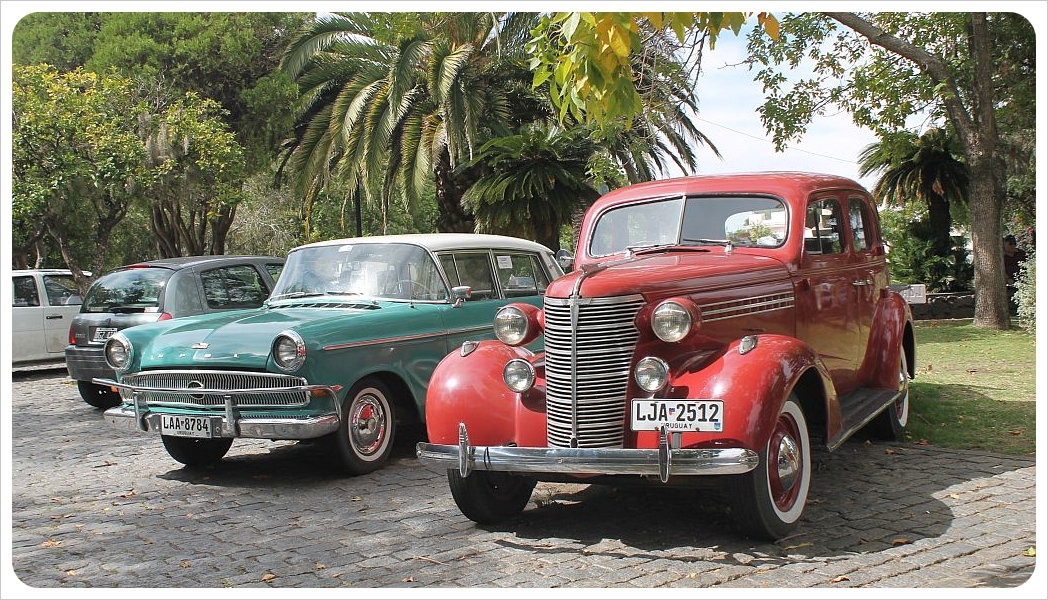 Sitting at a table at ‘El Drugstore’, a popular restaurant in the historic center of Colonia del Sacramento, sipping a medio-y-medio while looking out at the Basilica del Santisimo Sacramento, I felt at ease for the first time since our attempted robbery in Montevideo. It might have been the mix of moscato grapes and pinot blanc sparkling which mix to make Uruguay’s special wine, or the passionate singer who entertained the guests with Spanish love songs. The scene felt like out of a movie, the manicured town square just a little bit too perfect. 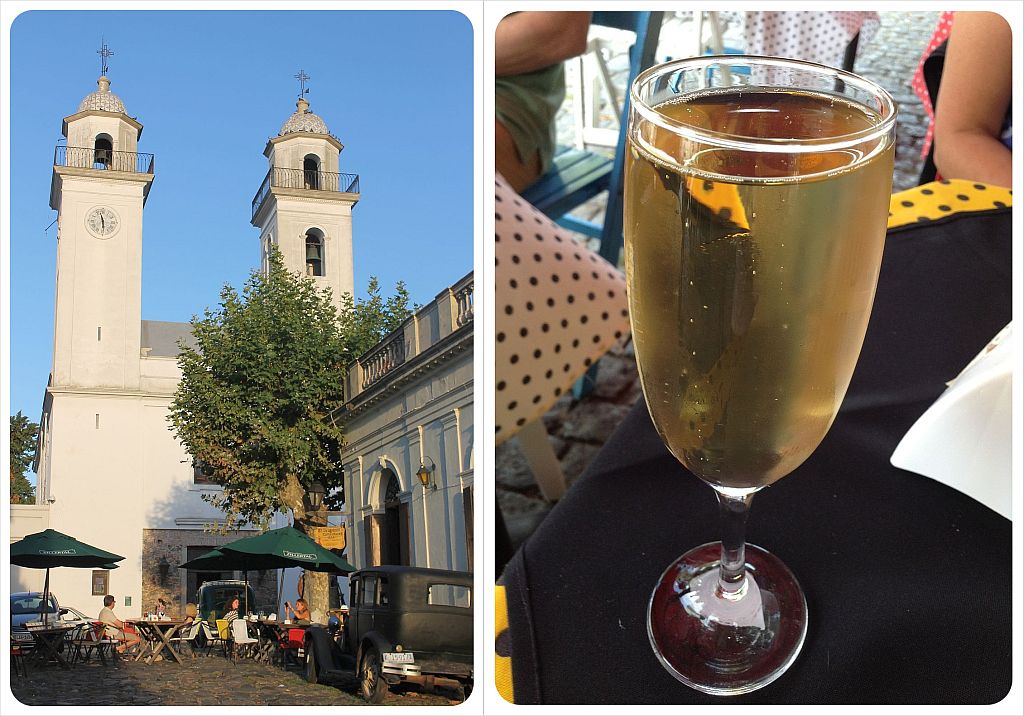 We booked four days here despite being warned that Colonia could be ‘done in a day’. Catching up with work and relaxing in the picturesque little town was exactly what we needed.

Colonia del Sacramento is a former Portuguese colony founded in 1680 that has become a long weekend playground for residents of Buenos Aires, the reasons for which, however, are not purely touristic in nature. 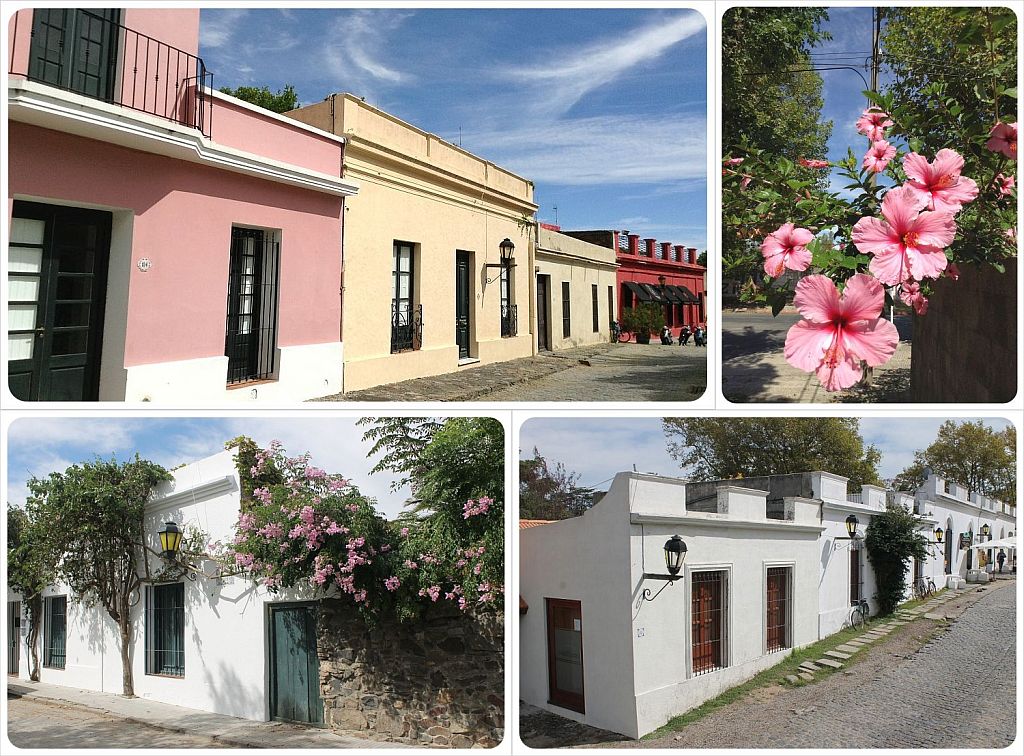 Colonia is a charming, compact UNESCO World Heritage site that really could be visited in a single day, a soothing contrast to the sprawling Argentine capital that sits just a 50-minute ferry ride across the Rio de la Plata river. Here tourists from around the world step carefully along original and very rocky cobblestone streets lined with one-story colonial buildings filled with cheek-pinchingly cute cafes and restaurants and several modest attractions like the old lighthouse, the country’s oldest church, Iglesia Matriz, the city’s old fort and the 17th century port which juts out into the river. 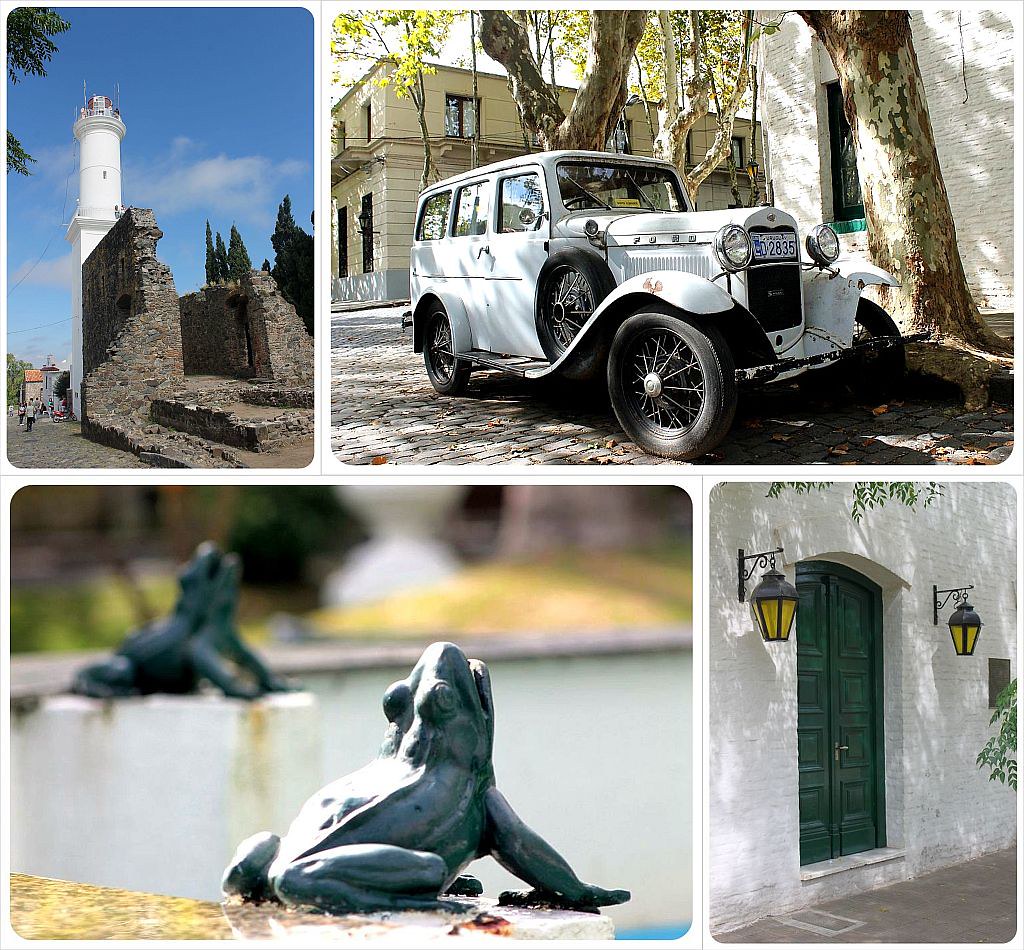 Here you eat ice cream and stroll, and the second day in town you can rent bicycles, scooters or even golf carts to escape out to the beaches just 15 minutes outside the city. We would also recommend riding, driving or carting around the Colonia beyond the historic center, which has an entirely different and much more Uruguayan feel. 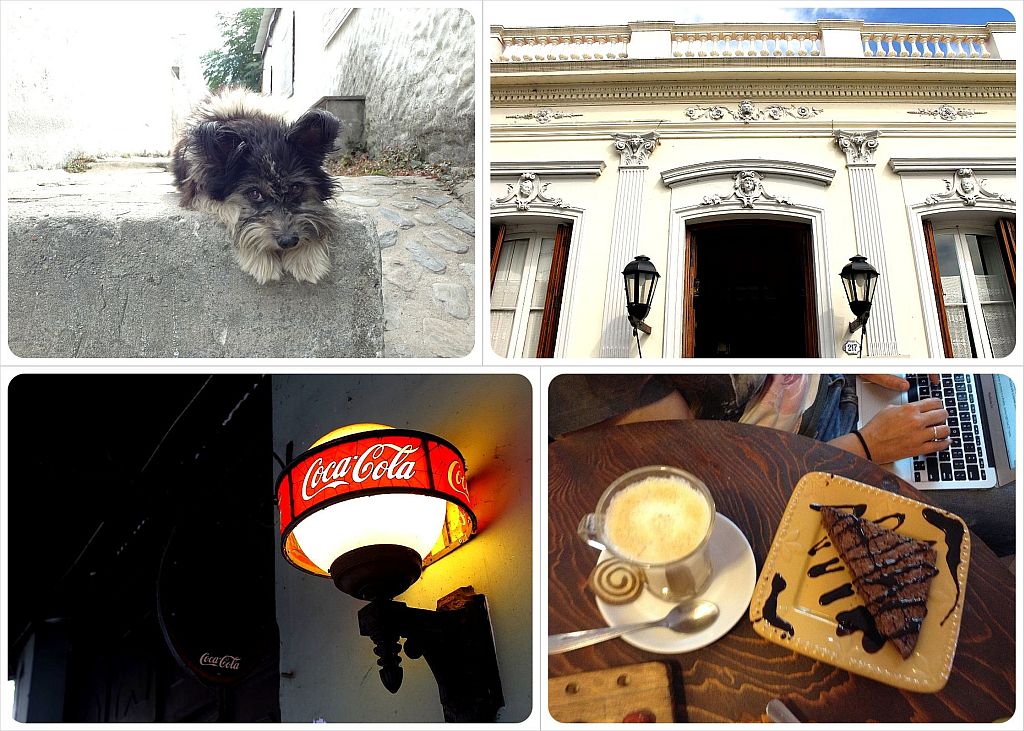 We spent most of our days between sightseeing and working away in one of the many little cafes. As was our routine in South America, we hung with the local stray dogs and watched the sun set across the Rio de la Plata. 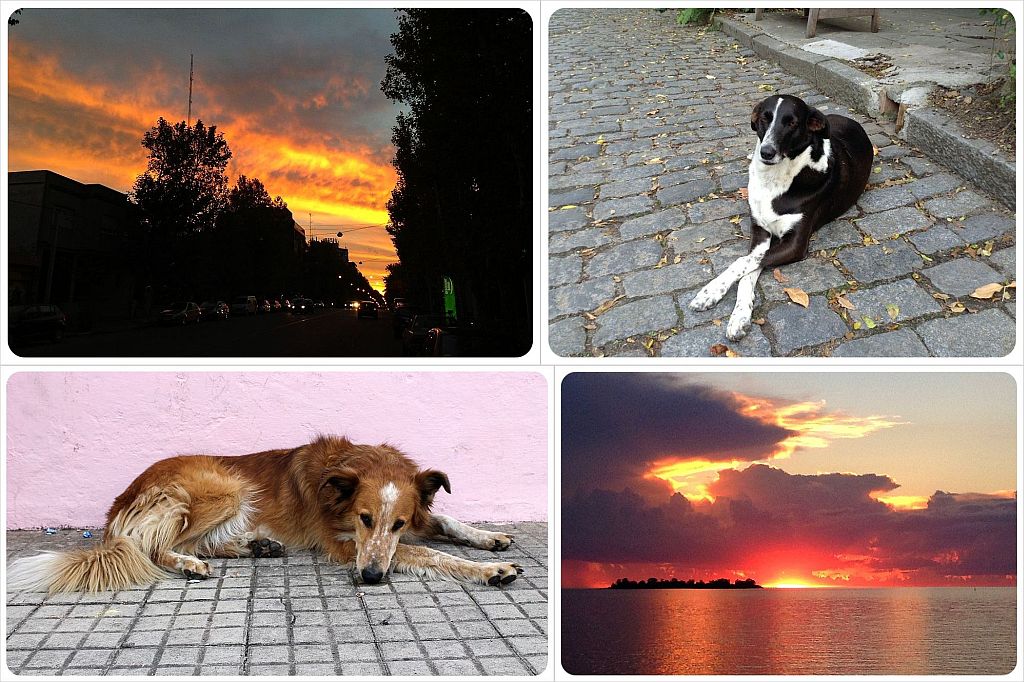 Although it is truly picturesque, Colonia’s popularity might have slightly less to do with an influx of international tourists and more to do with residents of neighboring Argentina, in particular Buenos Aires, who flock here for entirely practical purposes.

Argentina is again suffering bouts of extreme inflation, devaluing the peso. There is no access to US dollars from banks anywhere in Argentina, which means that while parents hand out ice cream and climb to the top of the lighthouse with their kids, they are there to endure the long lines that wrap around the block to withdraw large sums of US dollars from Uruguayan banks. Both parents and business people are involved in bringing massive amounts of dollars back into Argentina, either to save under their mattresses or exchange on the blue market. 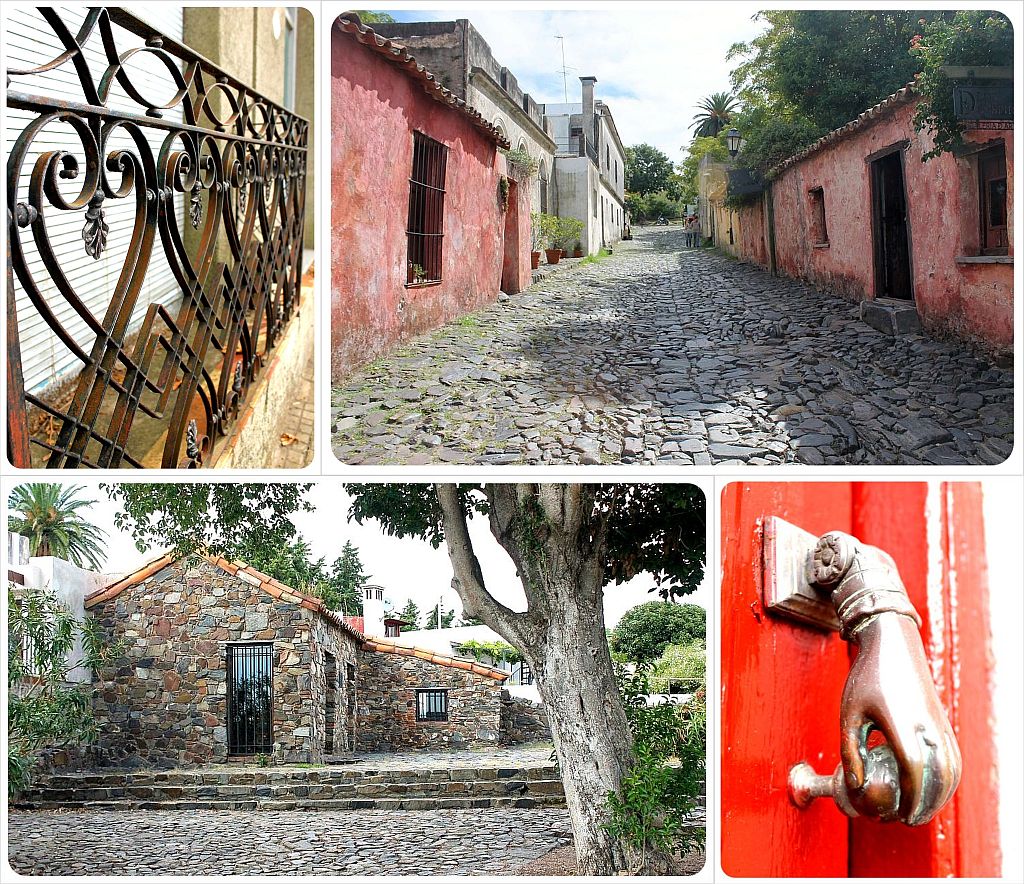 Colonia is also a practical escape for the Buenos Aires expat community, who make quick weekend trips here every three months when their visas expire. North American and European expats hop across the Rio de la Plata and upon their return, have a fresh new three-month tourist visa to continue living in Argentina without having to apply for any sort of official residency.

Our tip: How to best stock up on $US dollars in Colonia del Sacramento

For people who are traveling from Uruguay to Argentina, you will need to stock up on US Dollars, too, as you will save hundreds, even thousands of dollars by exchanging them on the blue market for pesos while in the country. Our advice is to entirely avoid the massive ATM lines in the barrio historico and venture out beyond the cobblestone into the ‘real’ Colonia. There are plenty of little details to discover and the further out you go, the shorter the lines at the ATM (we never waited more than five minutes near our hotel). You can also bring your passport and withdraw $$ with a teller inside the bank in order to avoid paying any ATM fees as well. 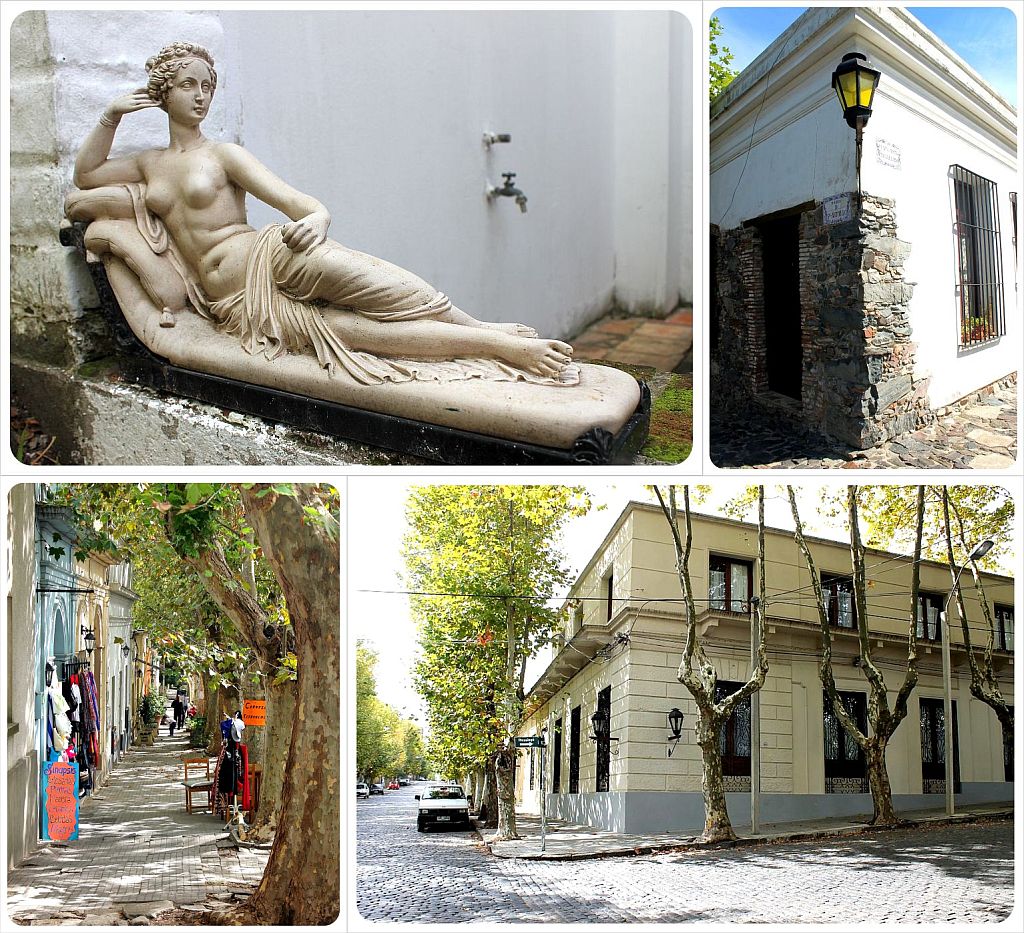 No matter what your purpose of your trip is to Colonia del Sacramento, do your hotel research, book at least a week in advance if you can and stay for a few nights to really soak in this charming city and the surrounding sleepy countryside and secluded beaches. 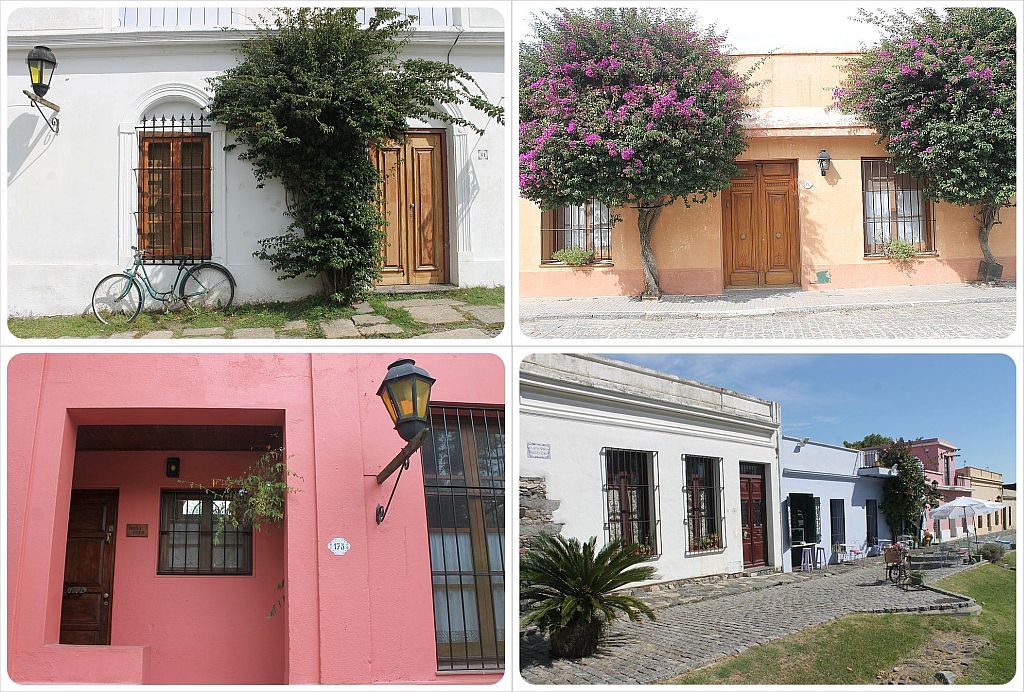 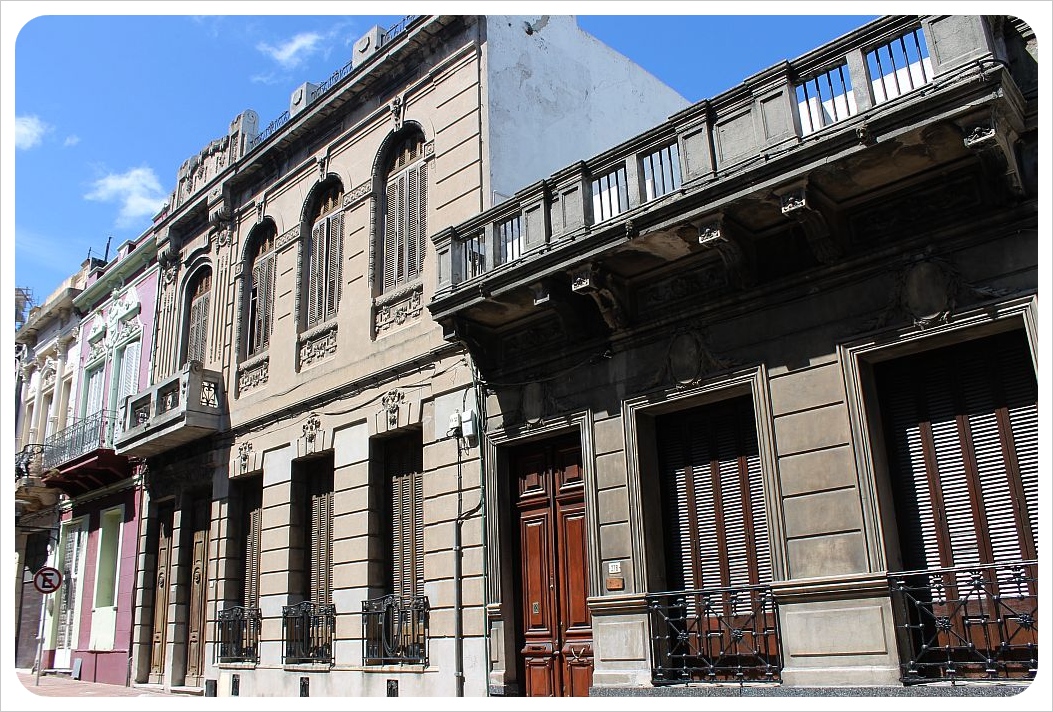 Polaroid of the week: Sunrise over Bolivia’s salt flats