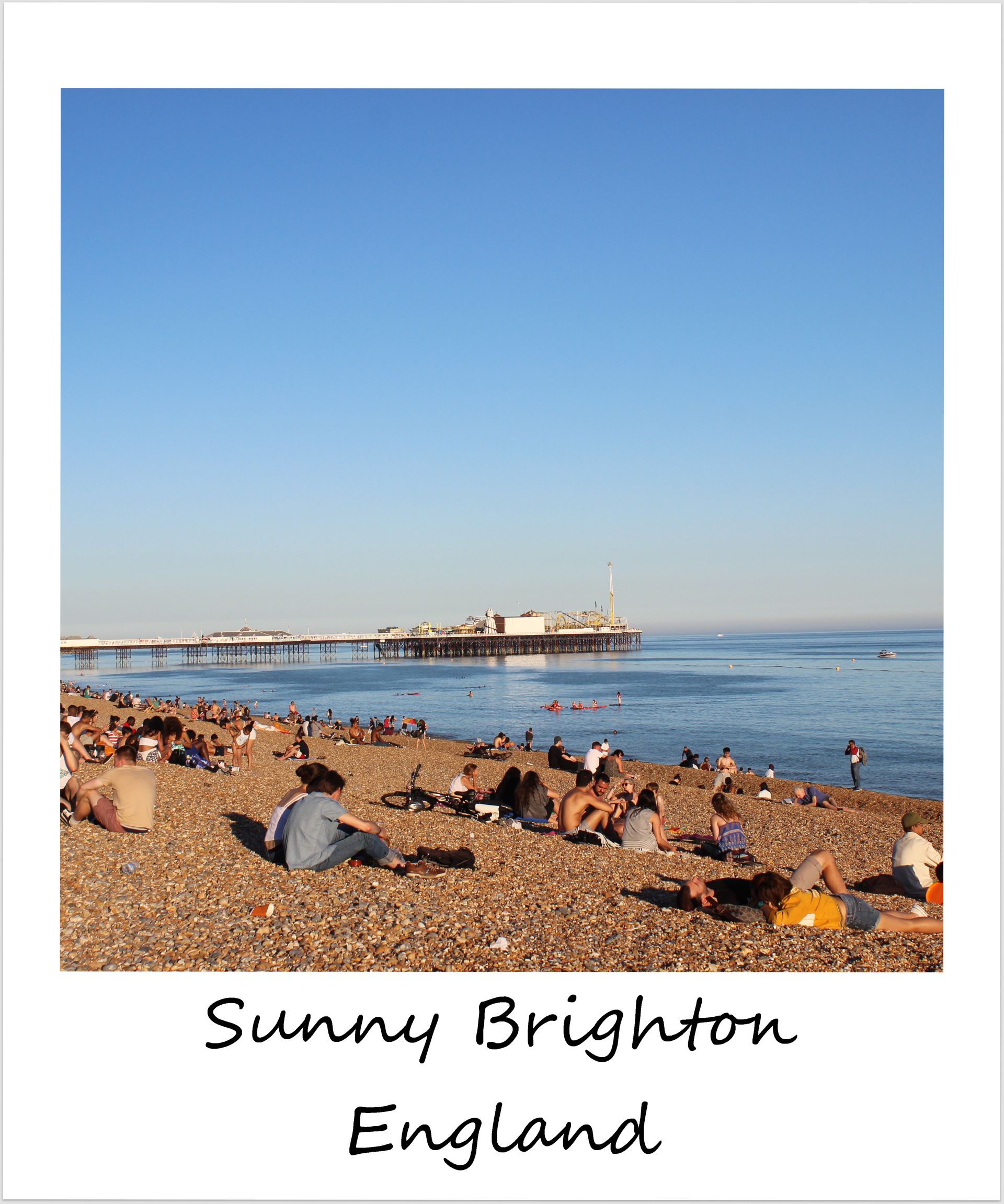 I decided instead of boring you with yet another Polaroid from Berlin, I’d wait another day and share a photo of the place where I’m spending the bigger part of this week: Brighton, England! When I came here for Brighton Pride last summer, I sure didn’t think I’d be back less than a year later, but as so often… I just never know where my travels take me 🙂 (Remember how I ended up in the Amazon in March? Yeah, I had no intentions to go there either..).

Until last week I had no idea that I’d be hanging out at the beach in Brighton today, but I sure won’t complain about this! Apparently, summer and sunshine only arrived in Britain this past weekend, and I got to enjoy the most beautiful summer day on England’s south coast today. The beach was packed, as one would expect with fabulous weather like this – there was not a single cloud in the sky. People were barbecuing at the beach, SUPing in the ocean (something I’m hoping to do later this week!), and the bars and pubs along the beach were packed.