A couple of weeks ago, I almost bought a plane ticket to Martinique. Why? First of all, I figured a Caribbean getaway from New York in January, around the time when the first blizzard usually hits, seemed like a fabulous idea. Second? I stumbled upon flight tickets for $79! To one of the Caribbean islands furthest away from New York – an absolute steal. It was hard to resist, but I tried to figure out how to get to Colombia from there (take a look at the map- it’s pretty close to Martinique), where I’ll be spending the winter, and couldn’t find a flight that didn’t go back through the U.S. There’s always the option to rent a private jet though, if money is not an issue, and it makes me wonder how much it would cost to rent a private jet. 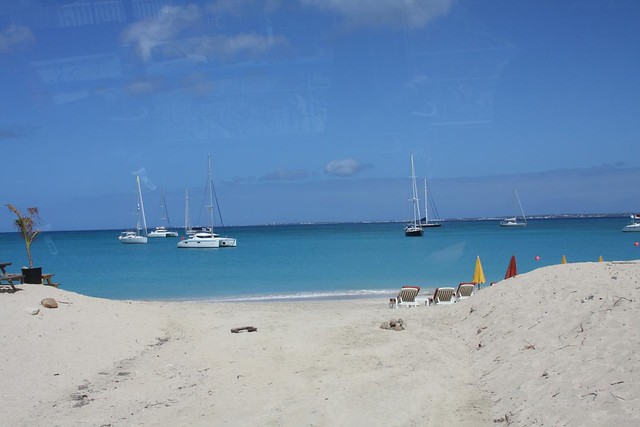 Researching the island and looking into what to do there got me looking into other Caribbean island getaways though – seeing that I’ll be spending most of next year in New York, there’ll be plenty of chances for island getaways and I should take advantage of the cheap airfare from New York to the Caribbean while I’m there. Another island nation that caught my eye? St Martin! The island looks like a picture perfect Caribbean dream, and when I found private St. Martin villa rentals on the beach, I knew right away which of my New York girls I’d invite to join me for this island retreat. Why did St Martin catch my eye? I’ll give you five good reasons to visit St Martin shortly, but let me give you a brief overview of this Caribbean nation first.

The island is located about 200 miles east of Puerto Rico, and sits just south of Anguilla (only a 30 min boat ride away!). It’s a relatively small island (33.59 mi²) and it is divided in two parts: Saint Martin, the French side in the north, and Sint Maartin, the Dutch side on the southern part of the island. The island has been shared peacefully by the two nations since 1648, and each side has a very different feel to it. The Dutch side is notably more developed and touristy with lots of resorts and casinos, while the French side feels sleepier and more natural.

Here are five reasons why you should visit St Martin:

Despite the island’s compact size, it offers a whopping 37 beaches! All come with white, powdery sand and the inviting turquoise waters that the Caribbean is famous for. Mullet Bay is often regarded as the most beautiful one, but you can find a full listing of all 37 beaches with detailed descriptions here. 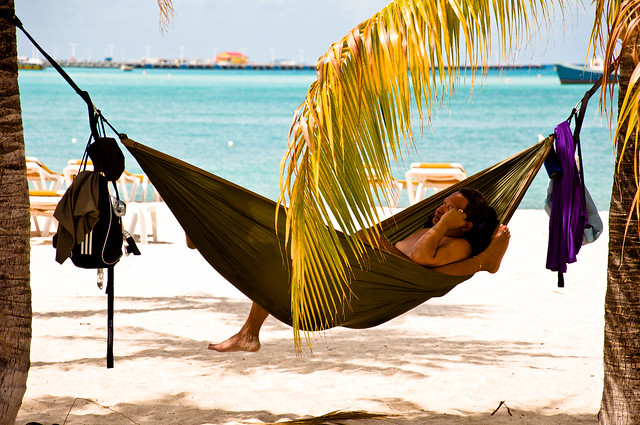 Since Sint Maartin, the southern part, is part of the Kingdom of the Netherlands and Saint Martin in the north is an overseas collectivity of France, you’ll basically get to visit two European nations! The French side uses Euros as their currency, the Dutch side Netherlands Antilles Guilder. There are two different capitals, and you have to call internationally from one side of the island to the other. St Martin is the smallest island in the world that is divided into two nations. 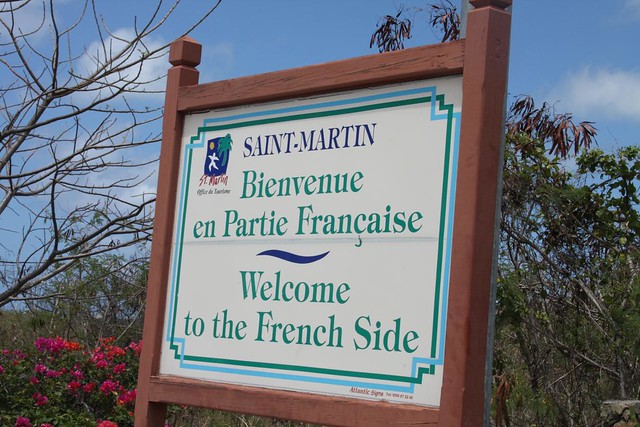 The culinary capital of the Caribbean

St Martin might be tiny, but it has over 300 restaurants! The island is known for its excellent cuisine and there are quite a few gourmet restaurants on the island. But no matter if you’re looking to dine fine or sample local cuisine from a shack on the beach – you’ll love the combination of local Caribbean flavors and European culinary influences. Plus, there’s a surprising number of international restaurants on the island as well. Thai? Indian? Mediterranean? You can sample a different cuisine every night of your stay! Fodor’s has some great restaurants recommendations for St Martin.

It’s very likely that you’ve seen photos of Maho Bay, a beach on the Dutch side of the island that is famous for its spectacular plane landings and take-offs. Whenever a large plane arrives in St Martin, the plane flies so low over the beach that it seems like people can almost touch it! It’s a spectacular sight unique to St Martin and every visitor who’s even just a little bit fascinated by planes visits this beach at least once to witness a take-off or landing. 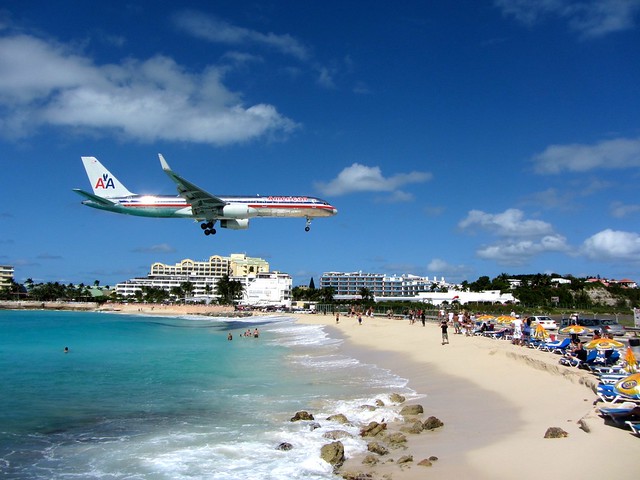 St Martin is a paradise for scuba diving – you can do just about any dive you want here. Wreck dives, night dives, reef dives or cave dives – all possible here. One wreck that’s particularly noteworthy is the 1770 British warship HMS Proselyte, which sank in 1801. If you’re not into diving, then there’s fantastic snorkeling along the island reefs which have been declared an underwater nature reserve.